While the Sci Fi Music Fest was quiet when I arrived, it grew into a good number of people.  Unfortunately, there was a problem that came up. A bug in the Relay kiosk kept people from directly donating. Fortunately, ways were found around it, and before long the glitch was fixed. So the event was able to go on normally. 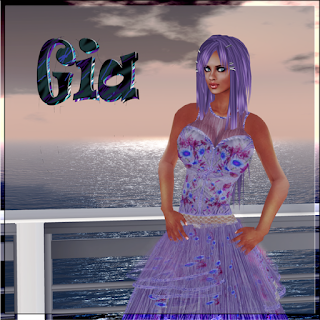 While there, I ran into the deejay for the Relay for Life event, Gia Smith (gialovely12345).  She had been working with the RFL for four years.  Gia would say that after being to all the events, the Relay is an inspiration.  She plans to continue working with the fundraiser for the American Cancer society in future years. Gia also explained that the Sci-Fi Music Festival is about music fromshows like "Dr. Who" and movies like "Star Wars."  Of the total raised, the last she checked, 200 dollars had been collected.

Gia Smith states on her profile she is a member of Team Shadows, and among the groups she is in is Sail for Life. These two gold-ranked teams have raised a total of over 700,000 Lindens.

When it comes to dealing with cancer, it is a never ending fight.  We have people like Gia willing to take this fight all the way to see that people with this dreaded illness will get the help that they need.  We do need people like her, after all.  That's why Relay for Life is an inspiration, not just to Gia, but to many people all over the world.  As it turns out, the way to do it is with another love; love for music and love for science fiction.

DeafLegacy DarkBloom
Posted by Bixyl Shuftan at 6:00 AM