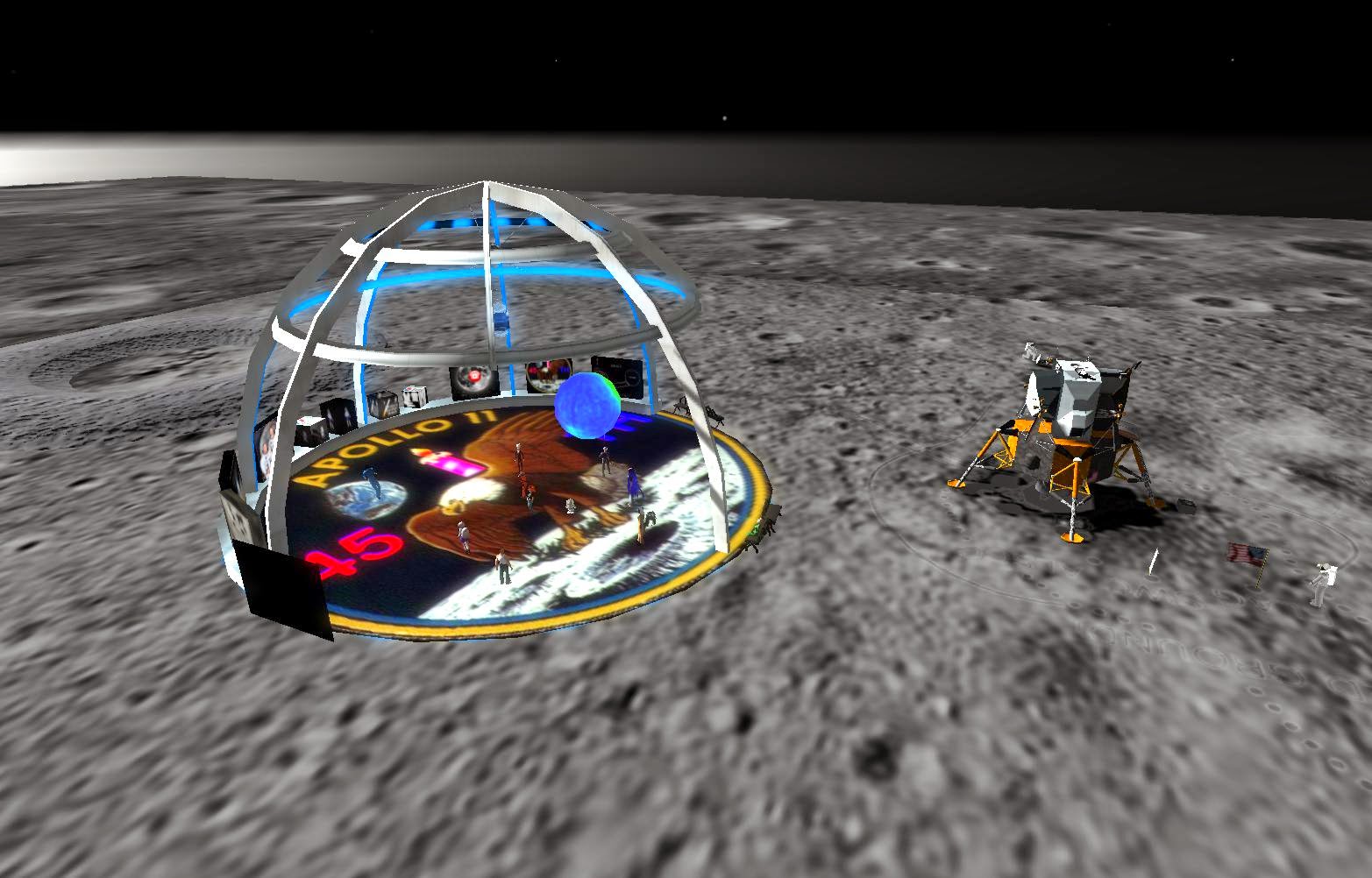 Celebrate the 45th anniversary of the first humans to land on the Moon with the National Space Society in SL and the International Spaceflight Museum.  Learn about the Apollo 11 mission, discuss the past present and future of human spaceflight, pick up thematic freebies, and dance to ballads of the space age at our authentic First Moon Landing memorial site.

The gathering was relatively small when I got there, probably because of the Relay Weekend still going on. But they were still enthusiastically discussing the Apollo landing, and the space program in general, as well as cracking a few jokes. Some people danced while others just stood. One guy talked about about whipping out the old cow-riding dancer as a "cow jumped over the moon" joke.  There was a jumpsuit and other freebies available, "Please be sure to check out the lunar instruments on the surface here, the info signs, goodies etc. Click away!" They would also launch a rocket up into sky once in a while. Near the floor was a mock-up of the Lunar Lander and other NASA moon objects. In the background songs like "The Only Way to Go From Here Is Out" played, "Radio NSS, your source for music that's truly 'out there.' " 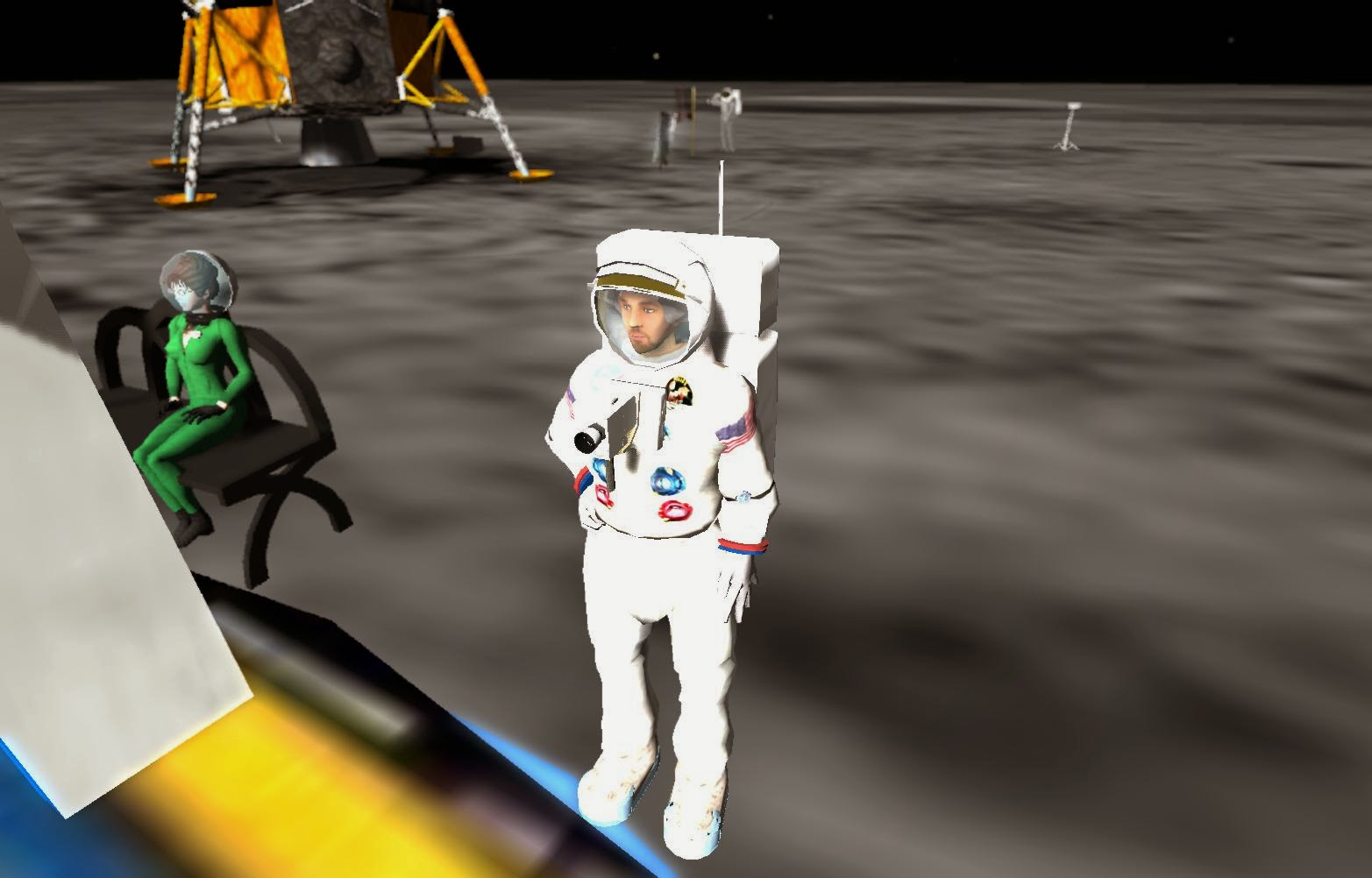 There were a few jokes about builders not getting quite the attention others did in comparison to what they built. One avatar's well-designed spacesuit got some complements, "Ryder's suit is awesome," and provoked some jokes about jealousy from other builders, "goes straight from suit envy to suit *LUST*."

There was also a little discussion about the Saturn V rocket ride built in Second Life at the time of the 40th anniversary five years ago. While the International Space Museum does have a Saturn V up, it's not the same one. It may be the creator had to hold onto his build after the Space Frontier Sandbox sim closed, as the ISS doesn't have a lot of spare room, "Kat has mentioned they're about at their prim limit." "We've suggested rotating exhibits. But some of the most prolific builders left SL and did not leave their (permissions) behind." It was also mentioned the ISS was expanding to the Kitely Grid.