The 2014 Relay for Life Kickoff Weekend


Since Summer 2013, the members of the Relay for Life in Second Life have waited, not always patiently, for the next Relay season, the "Journey of Promise." While the 100th anniversary of the American Cancer Society was quite a milestone, still the cure for cancer had evaded them for yet another year. Also, a few volunteers had to deal with getting cancer themselves or sadly having their struggle with it coming to a sad conclusion. Rather than discourage the Relayers, these events just made them more determined than ever. 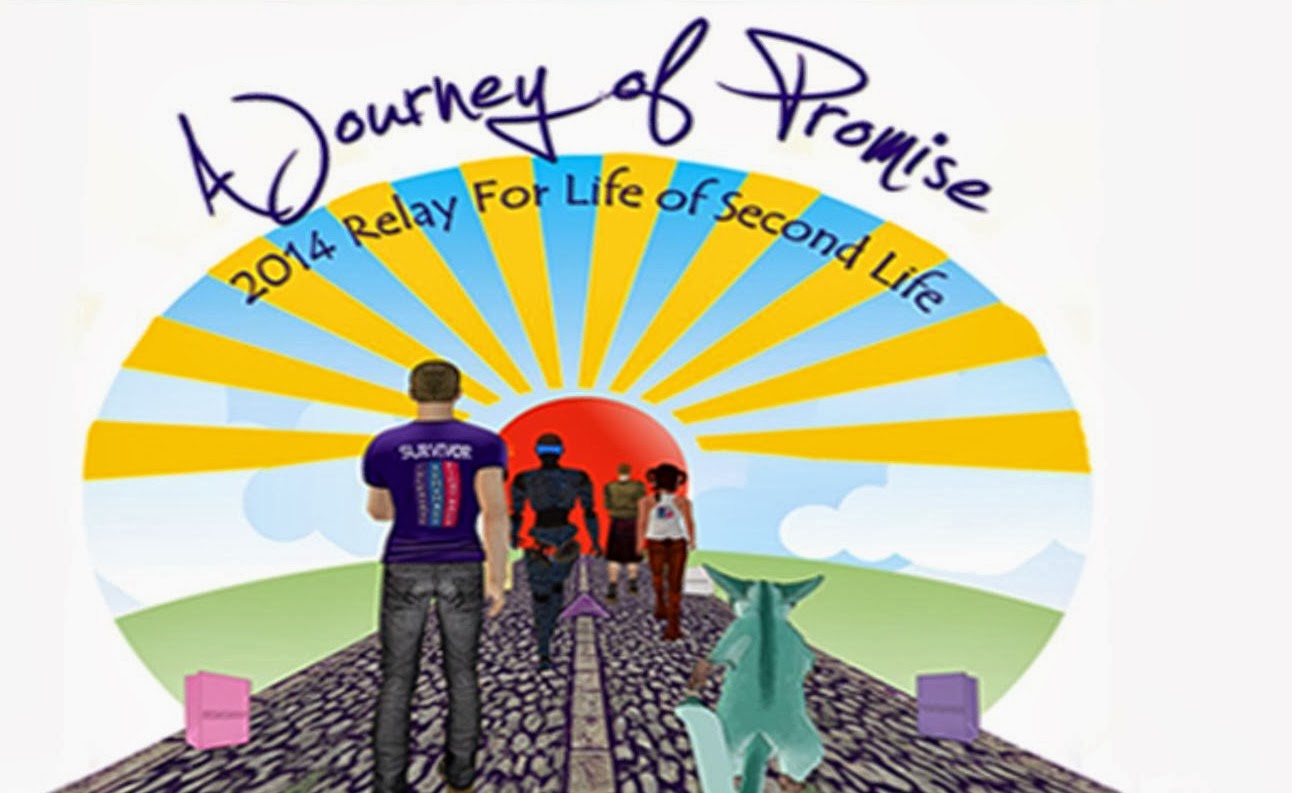 Finally on the weekend of Saturday March 8, and Sunday March 9 was the first official event of the 2014 season: The Kickoff. Actually the event started on Friday with the "Team Tailgate and Set-Up." Trader Whiplash and Nuala Maracas played music over T1 Radio, the official station for the Relay, while teams were invited to set up their camps for the event. Some bloggers, such as Daniel Voyager, dropped in for an early look. Trader and Nula would also play for those dropping in early on Saturday morning. 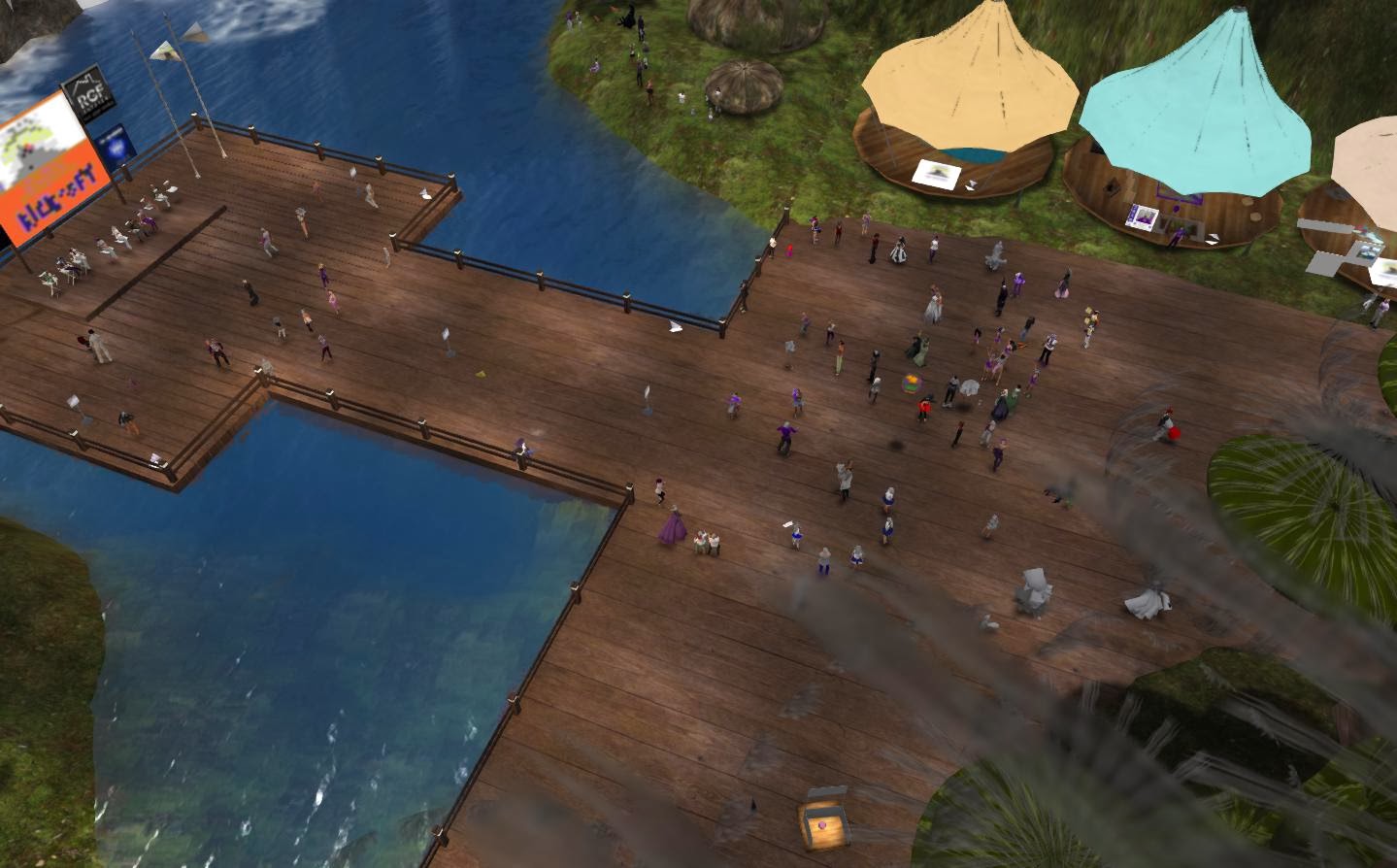 Finally as Noon SL time neared, people began gathering at the meeting point of the RFL Kickoff 1, 2, 3, and 4 sims. 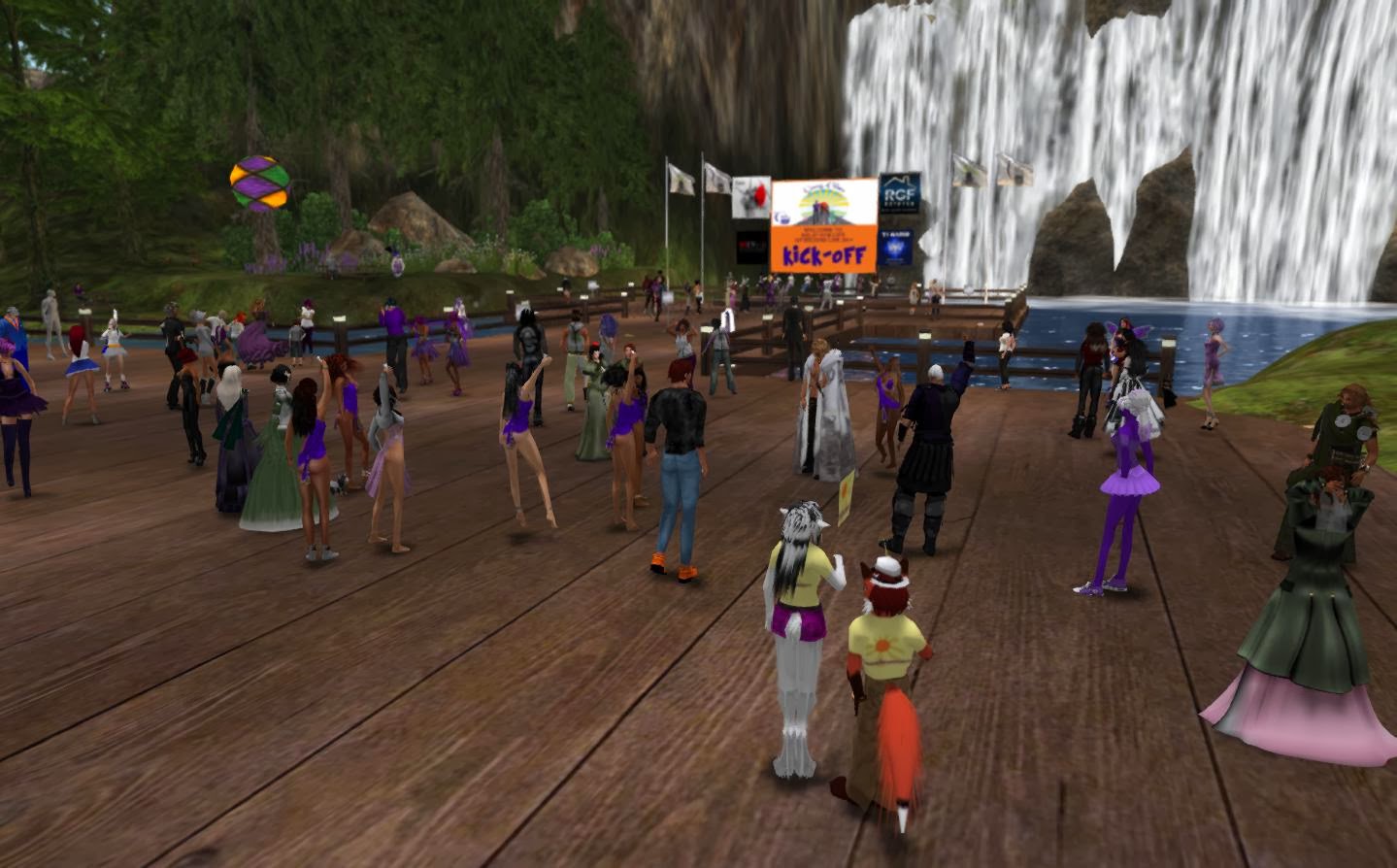 Quite a crowd had gathered, near where the four sims met, well over a hundred residents had gathered. 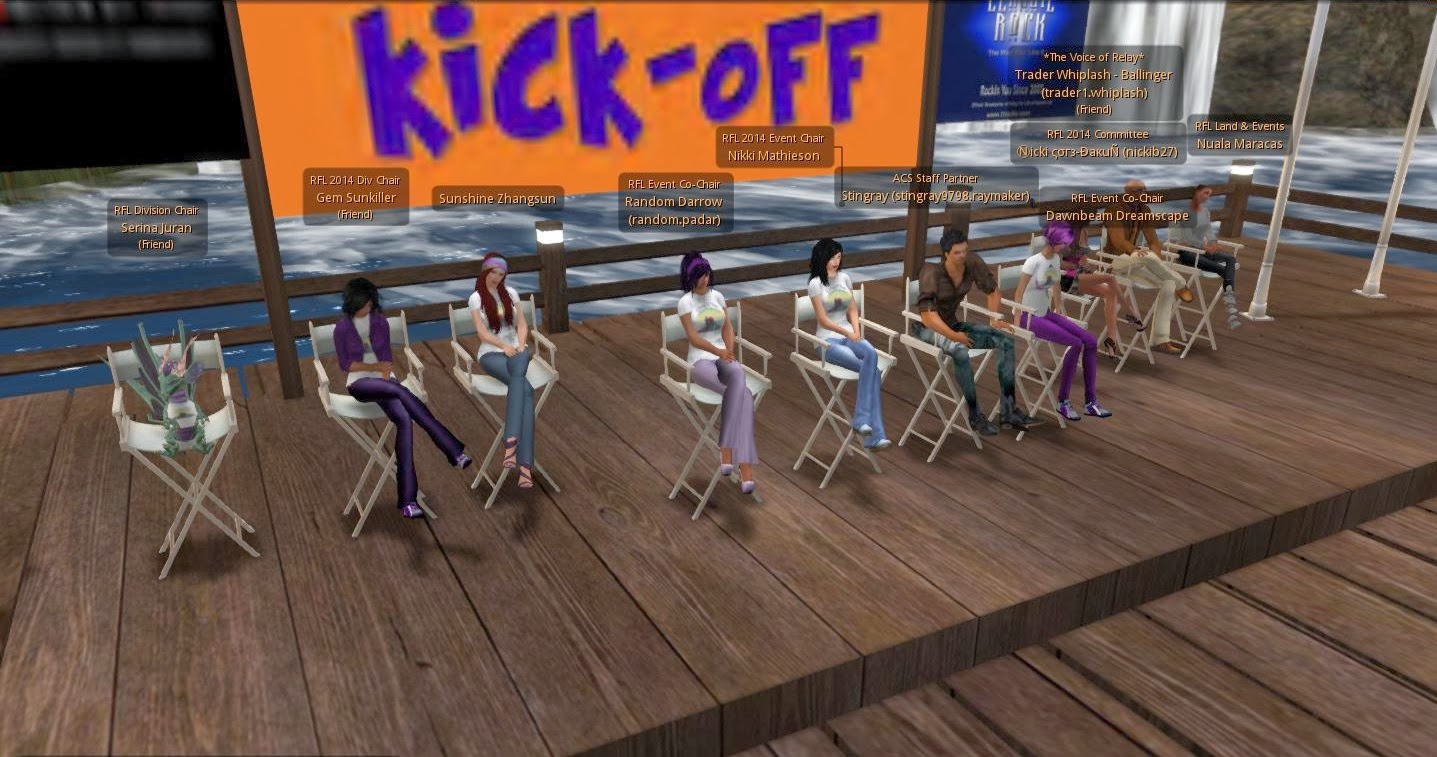 From the stage, the Relay Committee addressed the crowd, giving them encouraging stories. 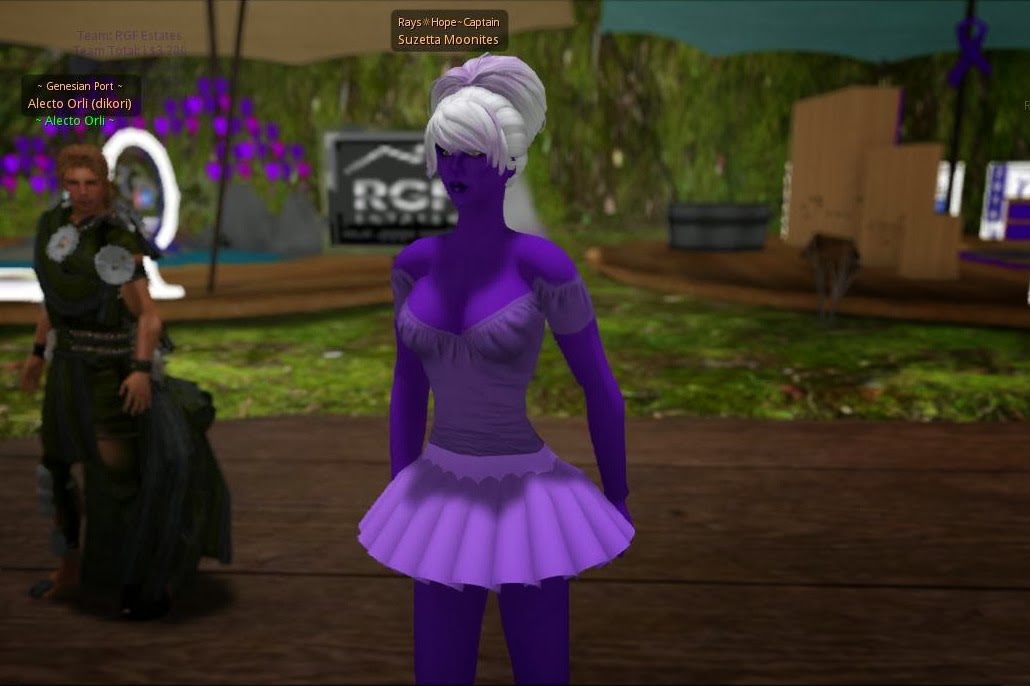 Besides the Kickoff, Paint Second Life Purple was also going on. Besides purple clothes, a few residents were also in purple skins.

Avatars of many kinds showed up, from unicorns, to tinies to furs, and more. 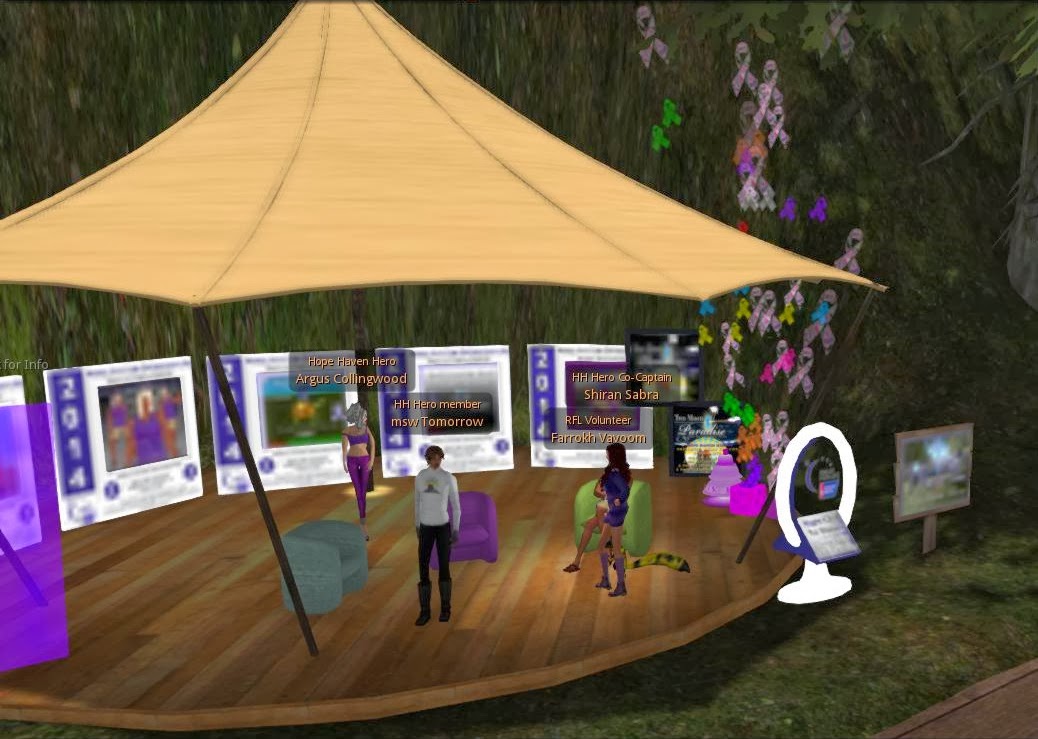 Following the declaration of the Relay season officially open, some volunteers went else where to hold or attend events. Others looked at the nearby team campsites. 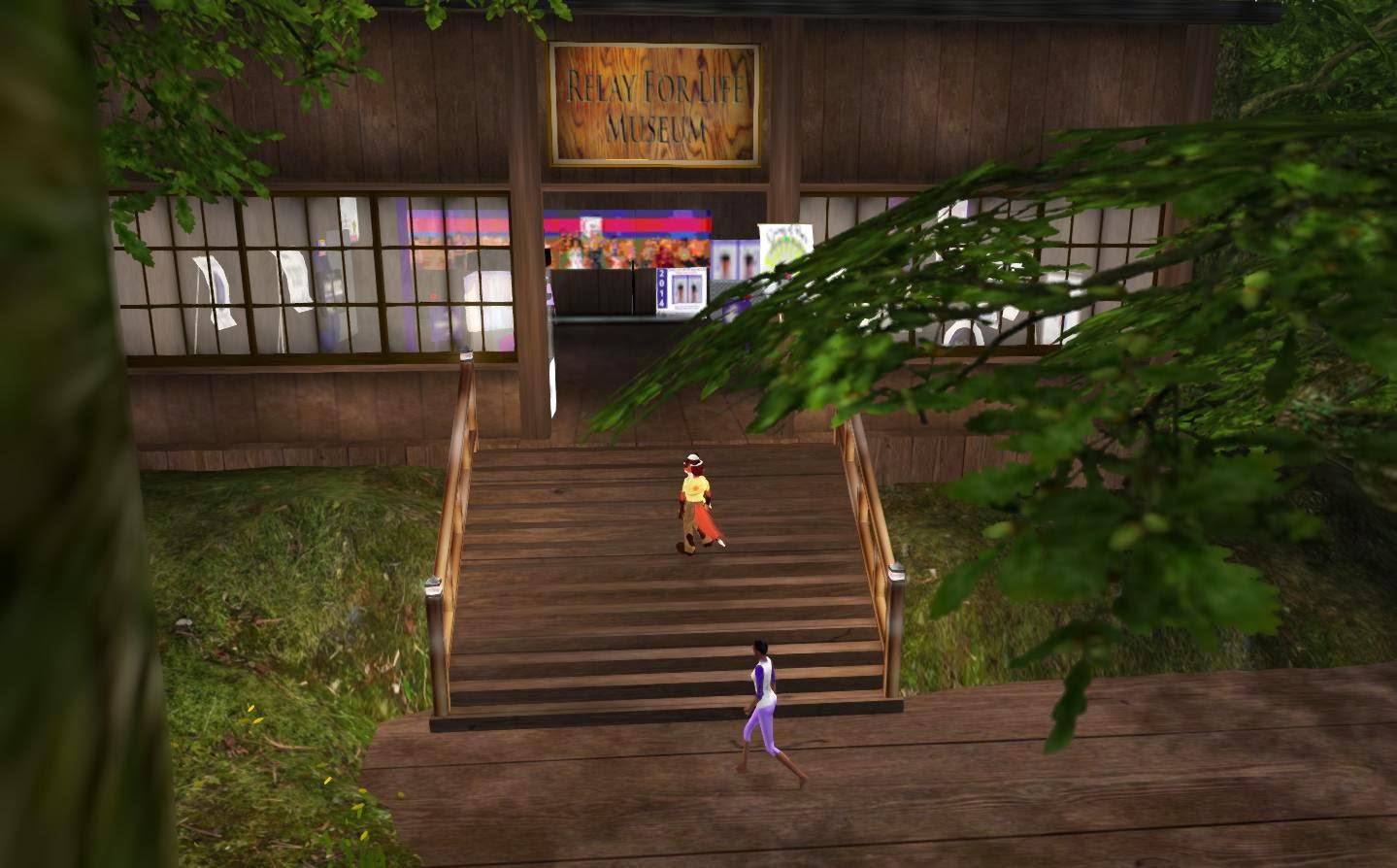 Besides the camps, there was also a Relay museum. 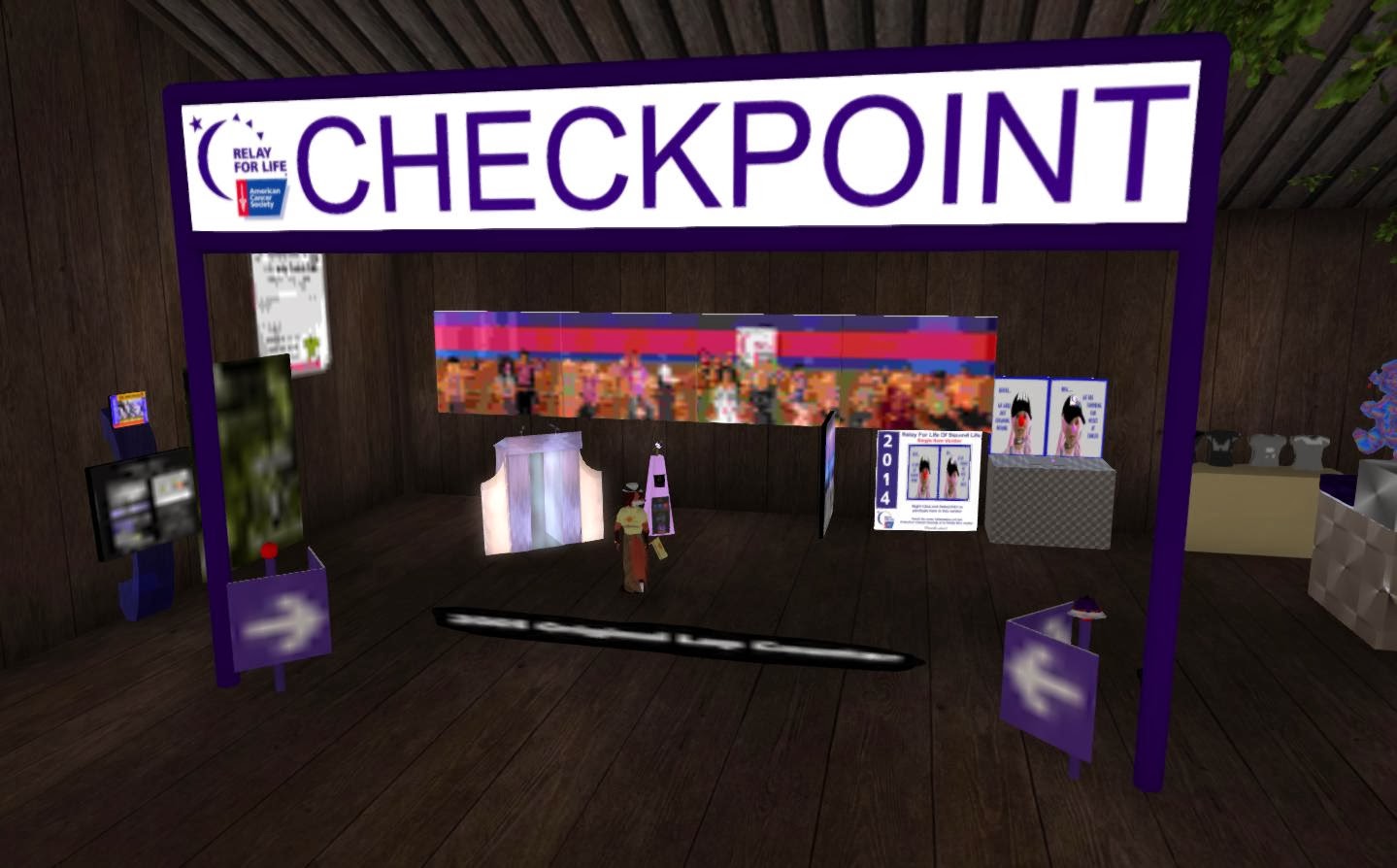 It had a number of exhibits from Relays past. 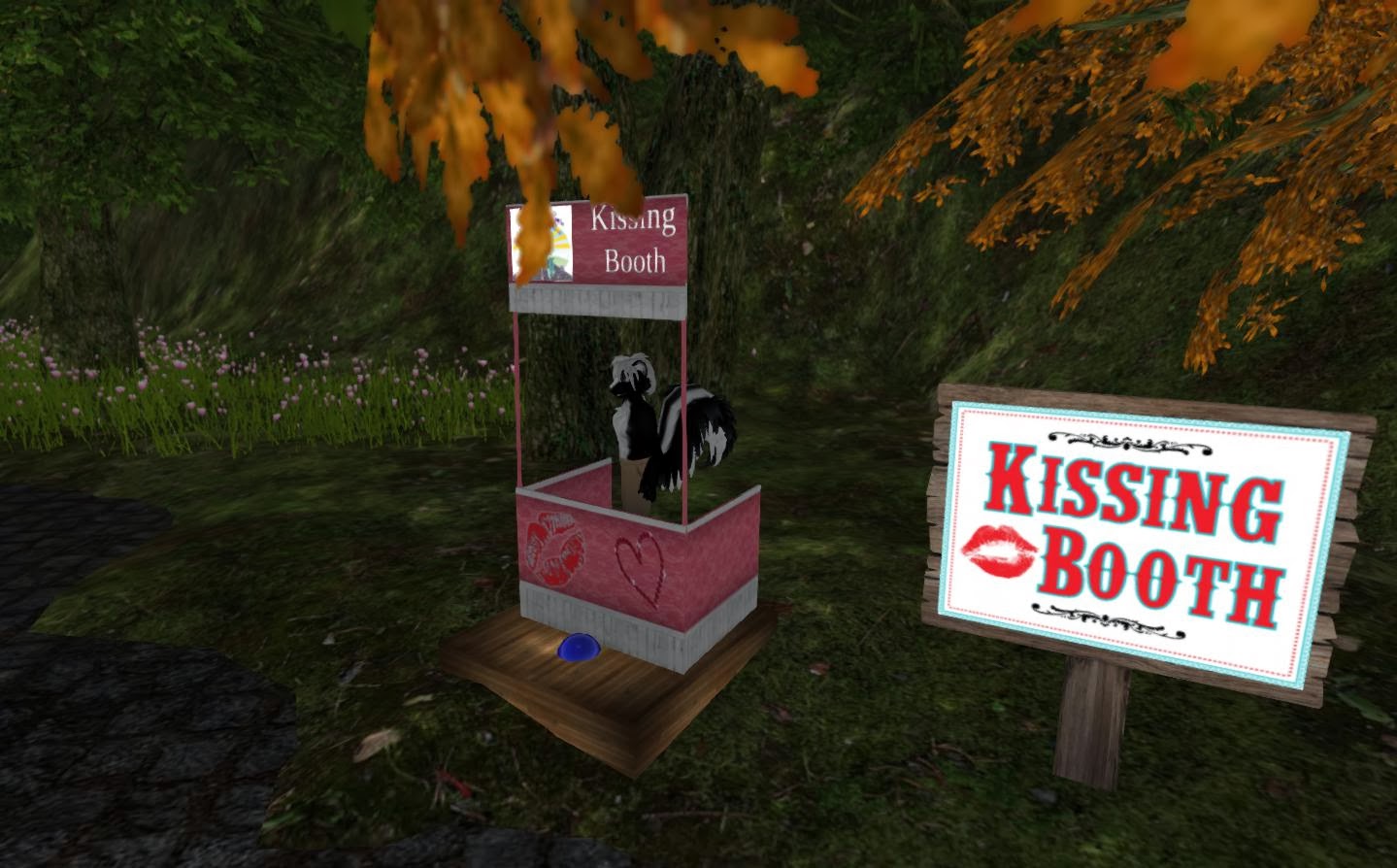 To help raise money, there were kissing booths set up. 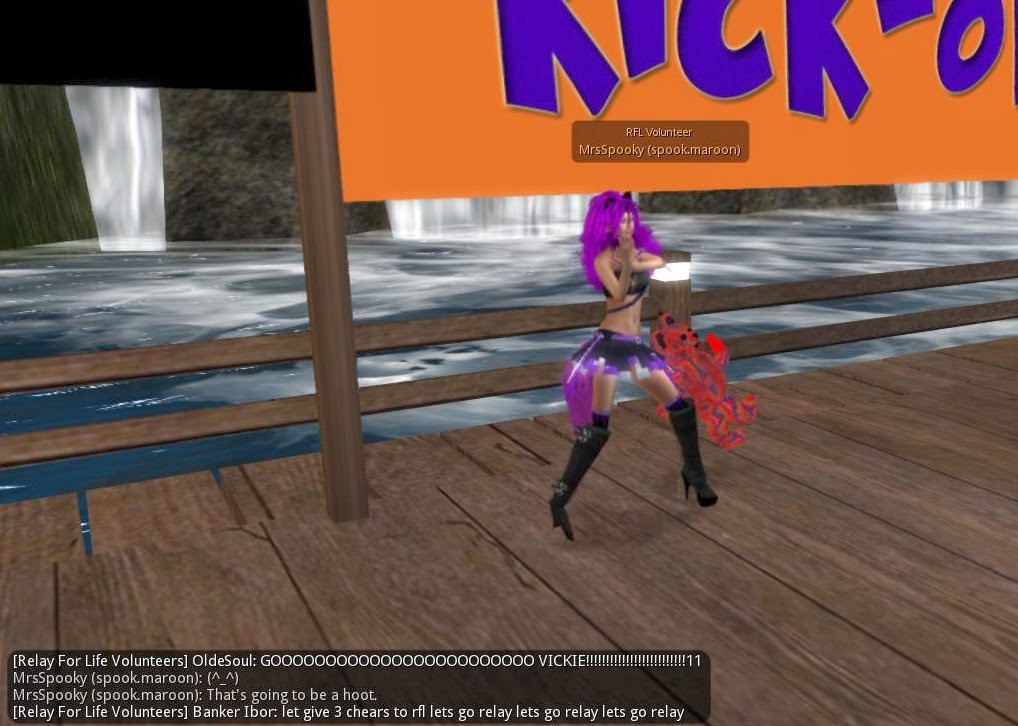 DJs such as MrsSpooky (Spook Maroon) performed at the Kickoff stage, with listeners nearby dancing away. 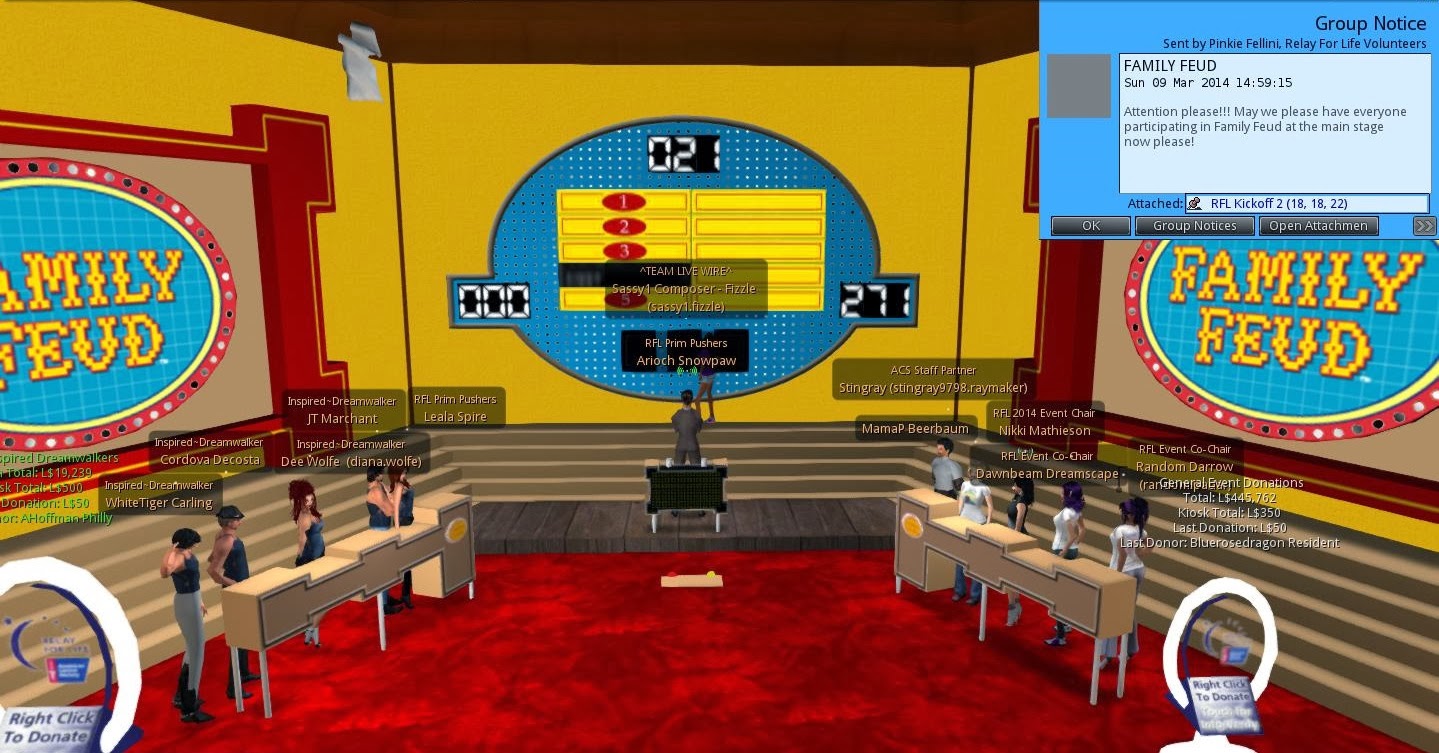 Sunday was the second half of the Relay Weekend. Among the events, a "Family Feud" tribute game. 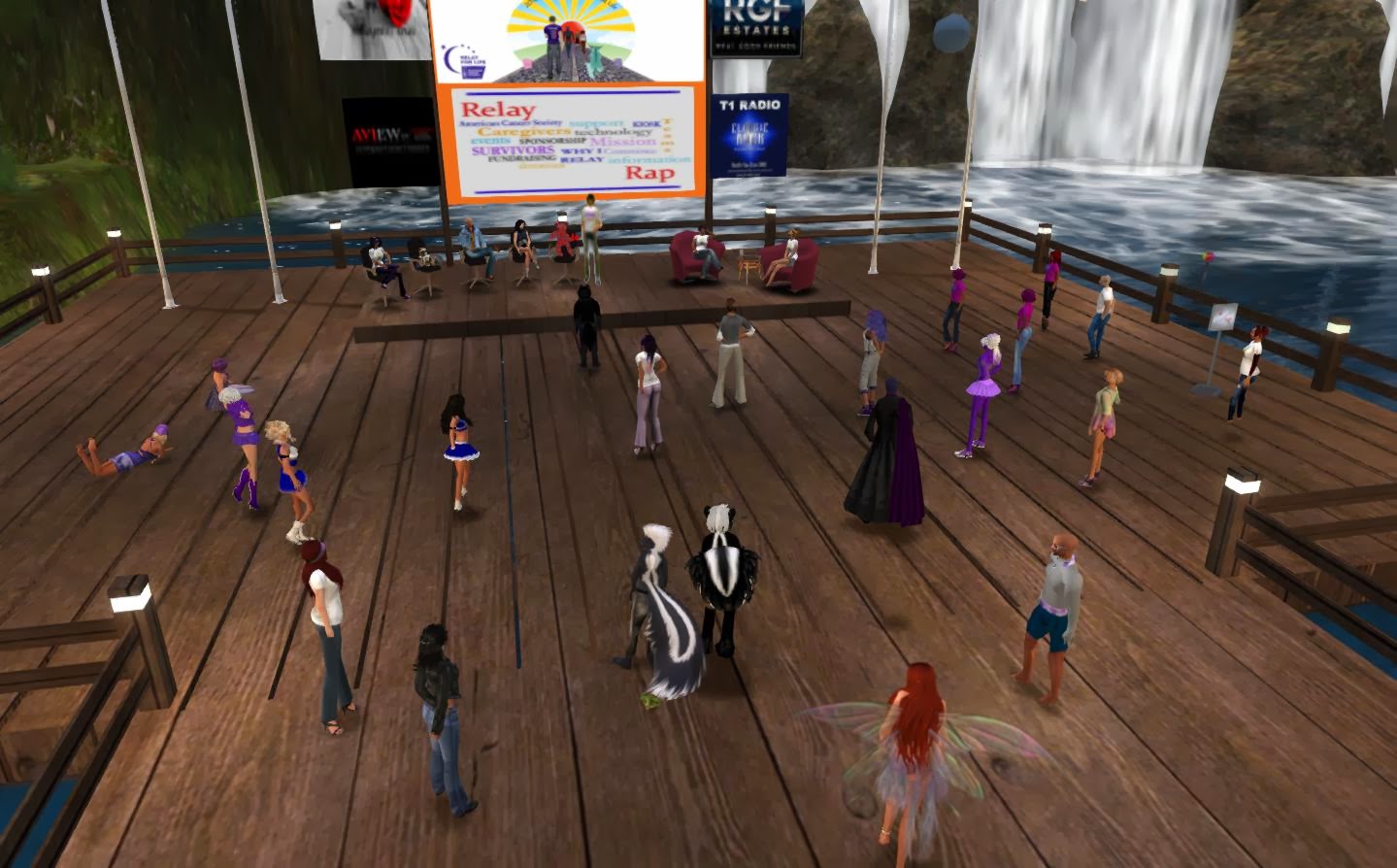 It wasn't long before it was time for the "Relay Rap," the show about the Relay taking place every Sunday for the RFL season. 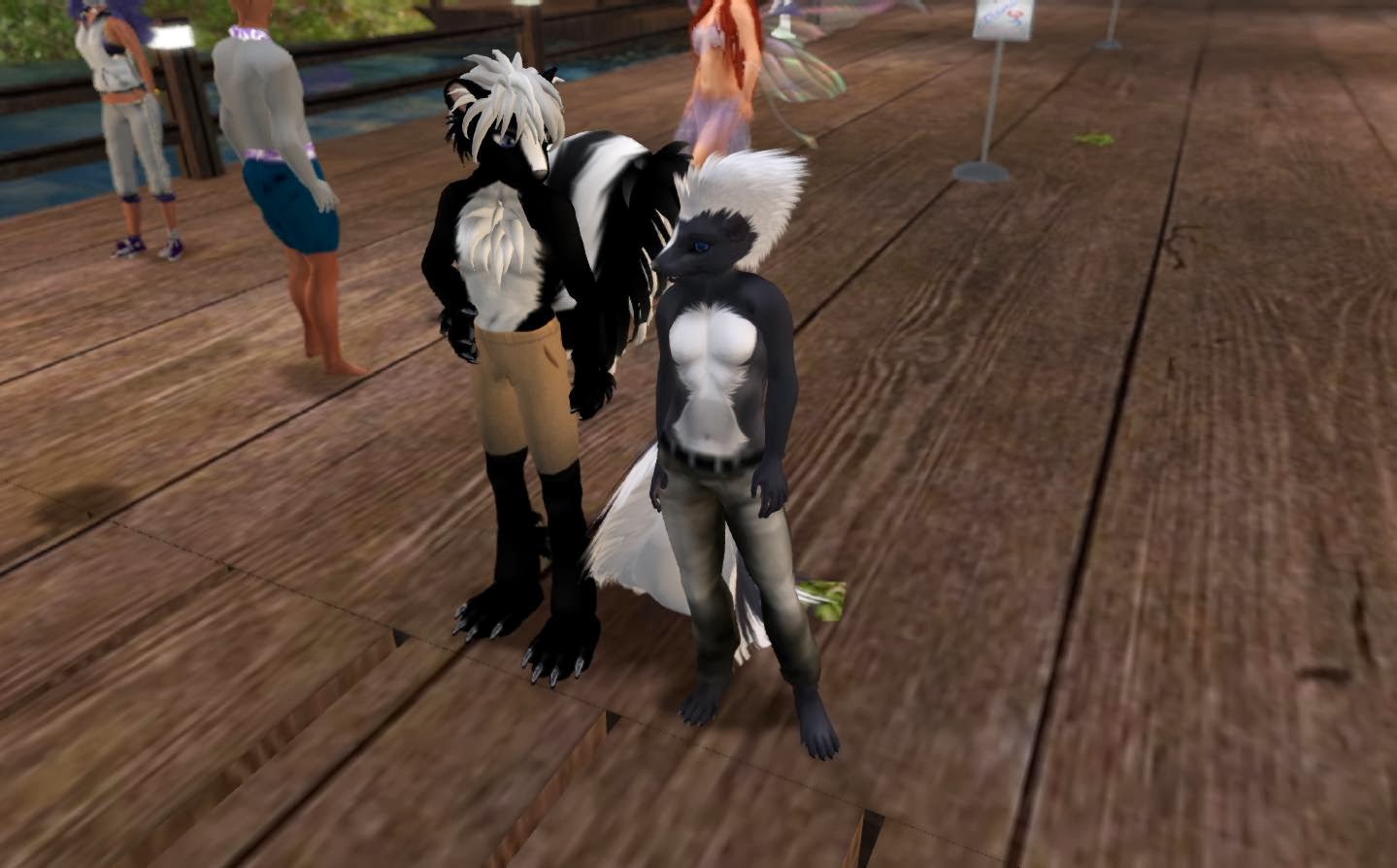 With "Stinky the Skunk" having skunked a few teams, a few residents were in skunk avatars in honor of the character. 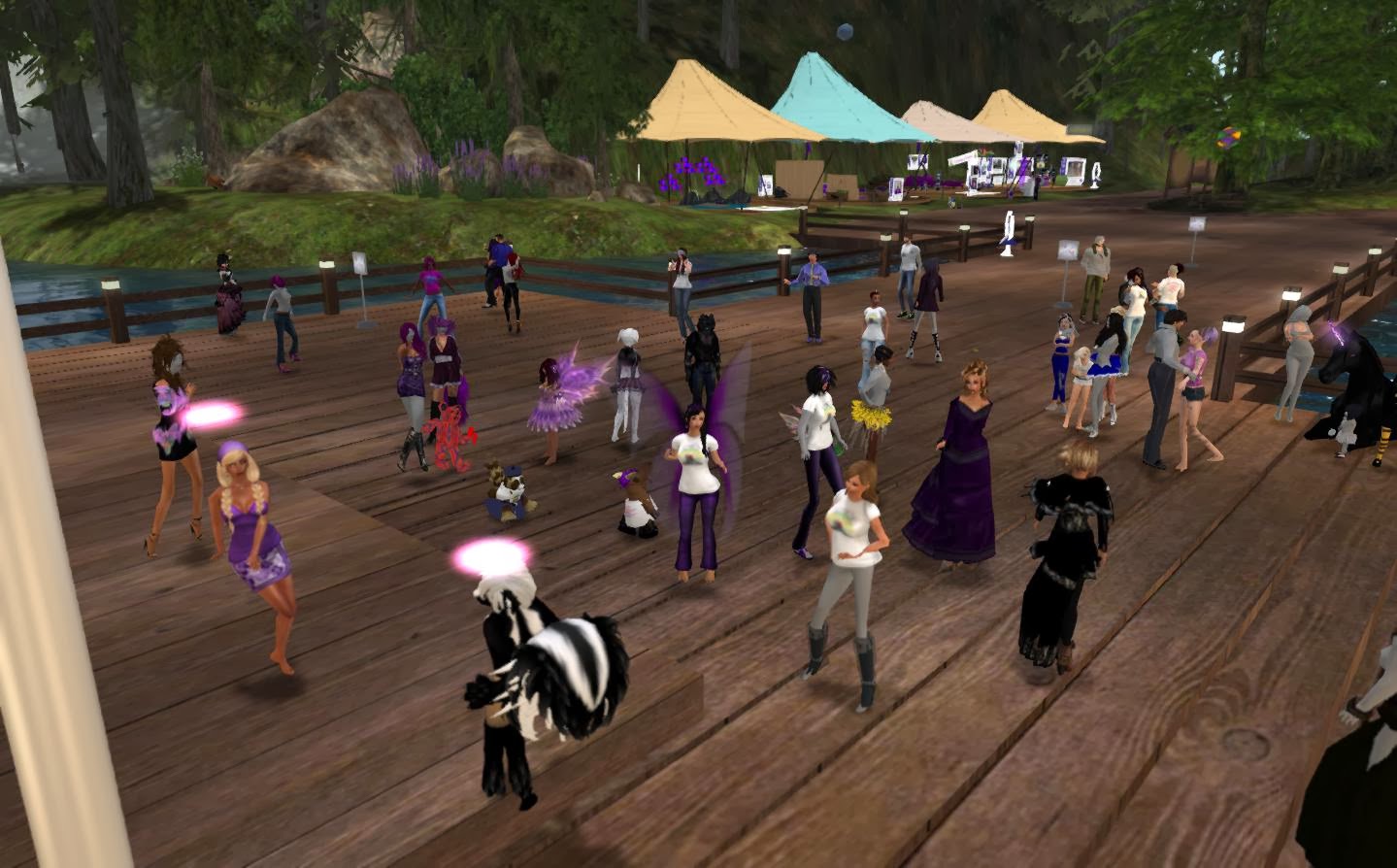 Following the Rap, it was time to end the Kickoff with a dance. 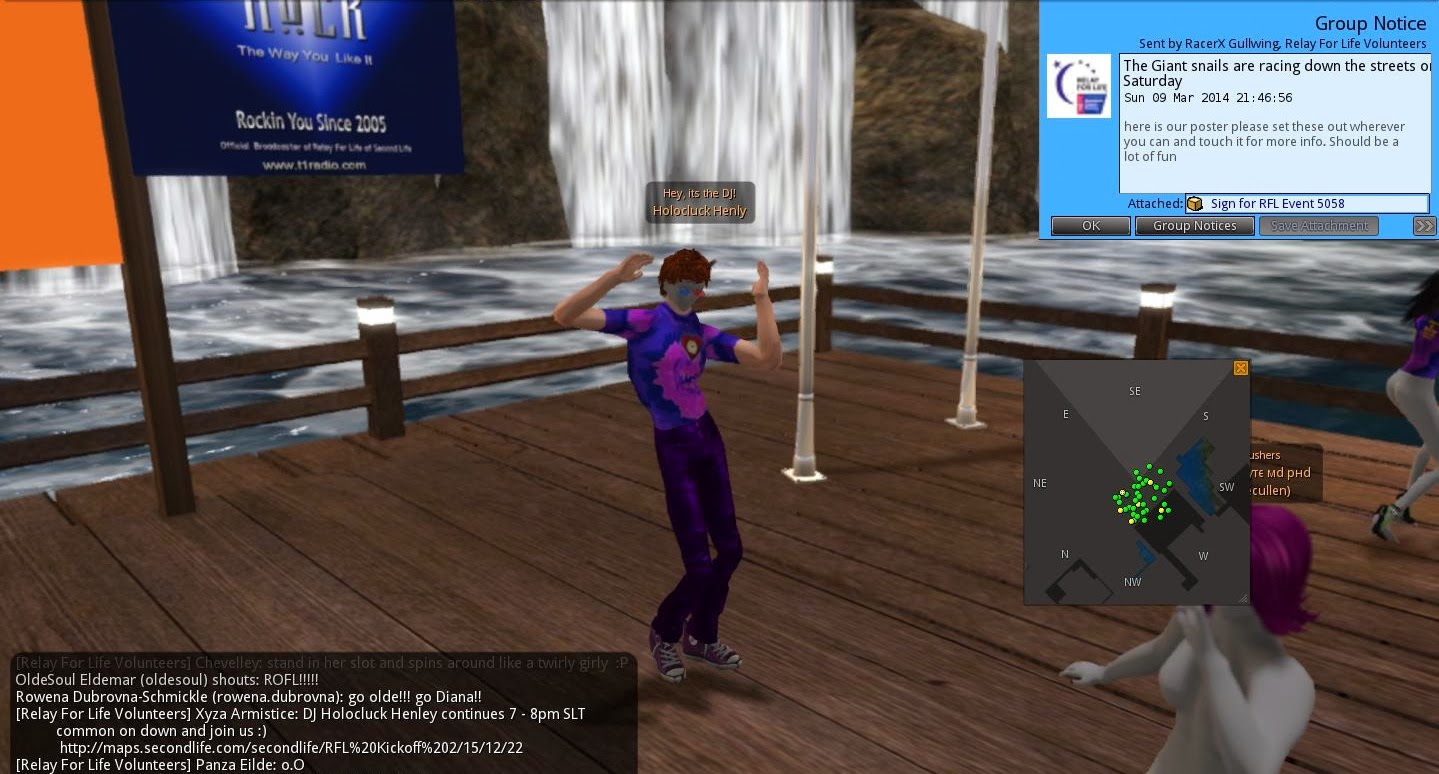 DJs such as Holocluck Henly helped with the music. 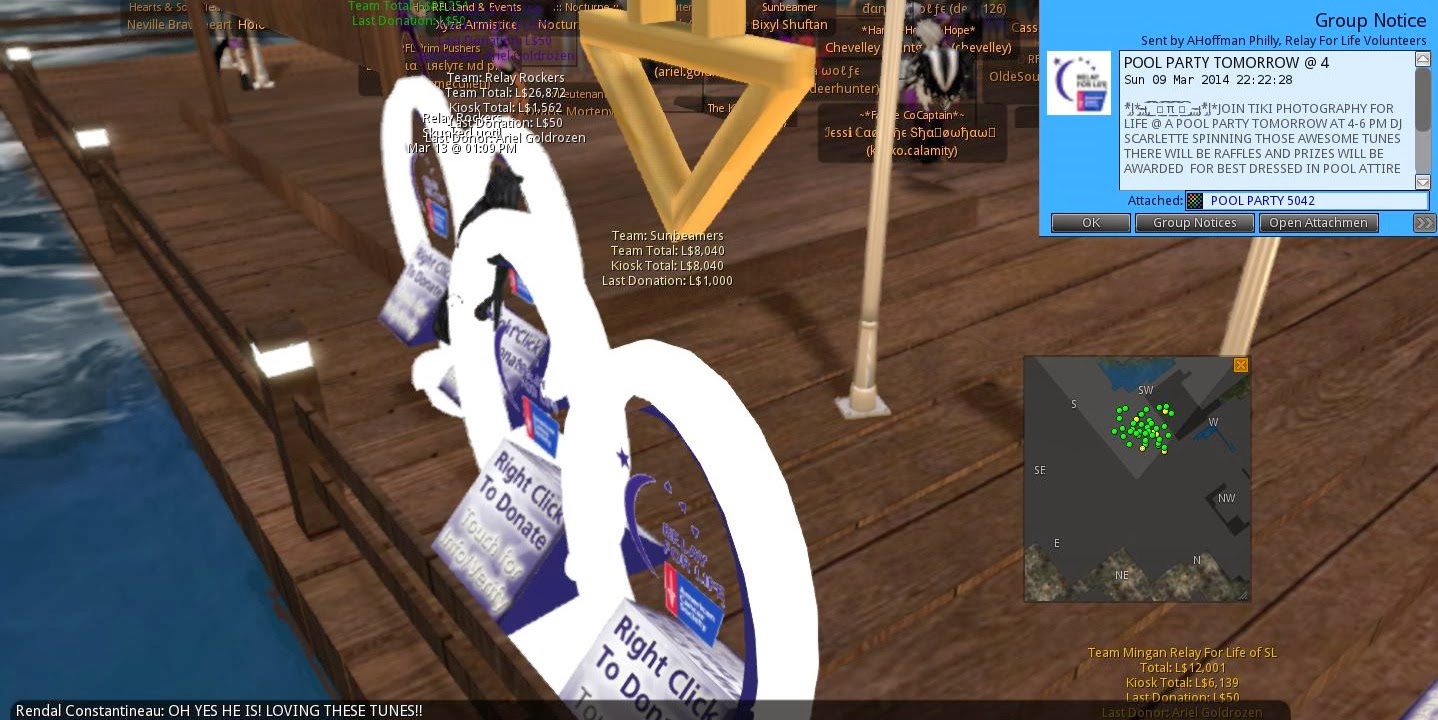 Teams with members present set up kiosks onstage, and the Relayers were determined to bring those with smaller totals up to Bronze Status. The Sundreamer Team would raise 11,000 Lindens that night. 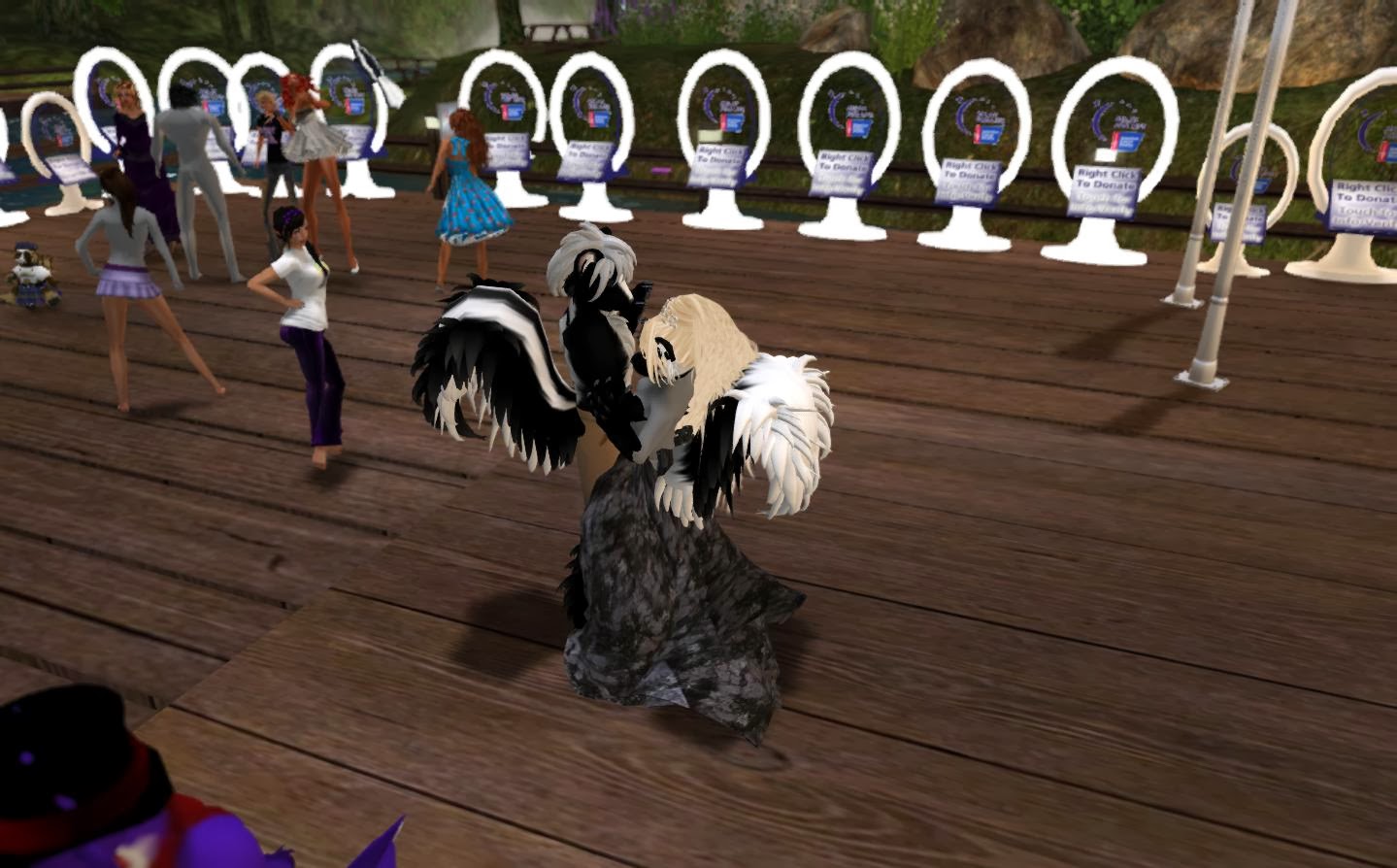 It was a great end to the Kickoff, and a great start for the "Journey of Promise" season.

Posted by Bixyl Shuftan at 7:00 AM No comments: