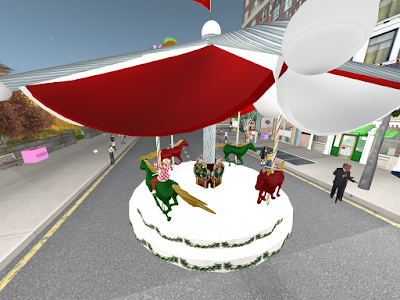 “MACY'S THANKSGIVING PARADE SET IN FABULOUS NEW YORK CITY!
FANTASIC FLOATS GLIDE DOWN 5TH AVE. AS YOU DANCE AND WEAR PROPS GIVEN TO YOU
COME BE A KID AGAIN AND BE A PART OF THE ONLY TOTALLY INTERACTIVE PARADE IN SL HEADING INTO ITS 12TH YEAR
GOOD HOLIDAY FEELINGS SMILES GREAT PHOTO OPS  AND  FUN  MAKE THIS A MUST ATTEND
THE PARADE RUNS 24/7 UNTIL THANKSGIVING DAY (11/28)
FREEBIES - DINING - DANCING - ICE SKATING AND NEW THIS YEAR THE LITTLE ITALY STREET FAIR & AM”

I interrupted my Christmas regions visits  to go enjoy the wonderful Thanksgiving Day Macy’s Parade at FAME. Franny DJ Dean has opened her parade of terrific floats that invite you to join in the parade by jumping on one. When I arrived the floats were coming down the street but I saw Franny still working on more to add . 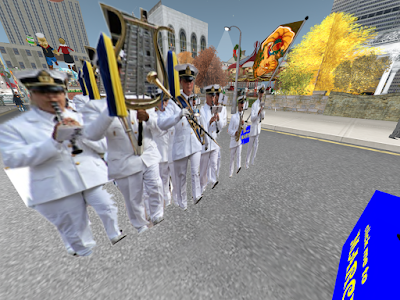 Macy’s store in New York City puts on a parade every Thanksgiving day along the NY streets which is attended by hundreds of thousands of people from the nearby states and also from far away. The floats are old and new, bands come from all over the country to participate.The parade runs from the "West Side" along Central Park, heads east along Central Park South (directly south of Central Park) while skirting Times Square, and then south through Midtown Manhattan along some of NYC's most famous streets - 6th Avenue and 34th Street. 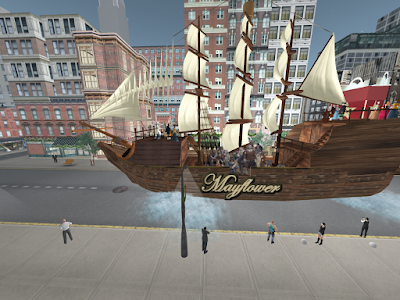 What an inspiring sight. The Mayflower appeared with Pilgrims and other migrants to the new world is recreated in this parade. It reminds us that Thanksgiving was created to give us a celebratory day to remember to be grateful for the country we have with our families. 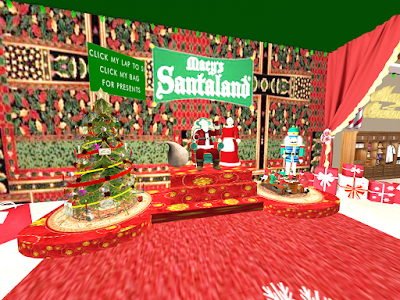 Step into Macy’s store to visit the Santa waiting for kids requests. I think back to the movies that have Macy’s Santa  and the parade in the story. I stopped over at the Reviewing Stand where there was a collection of dignitaries watching the parade .

I took a few minutes to walk down to Rockefeller Center to look at the ice skating pond which is ready and tested out the ice. I found some nice free skates for both  men and women available there so get some if you don’t have any.

The parade will go on until Friday.

Save time to watch and participate. http://maps.secondlife.com/secondlife/Amethyst%20Cove/73/206/700


Gemma Cleanslate
Posted by Bixyl Shuftan at 6:00 AM No comments:

Last Monday, November 11, was Veterans Day in the United States. This is a holiday for Americans to honor those whom served in the Armed Forces. In real life, there were parades and other events. But there were also events in Second Life. 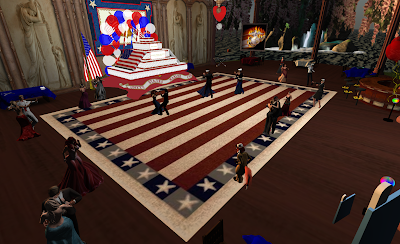 On Saturday November 9, the Marine Corps Ball was held. 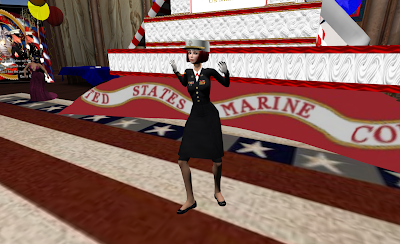 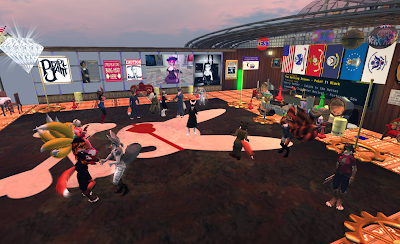 On Veterans Day itself, the Happy Vixen had a small party for the holiday. But the main event for the Sunweaver/Angels community was at Club Cutlass two days later on Wednesday November 12. 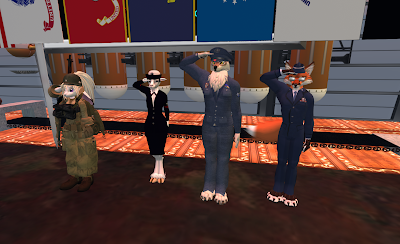 Cynthia Farshore, a veteran herself whom served in the US Navy, played the music for the event that went from 6 to 8PM. At the close of the party, the veterans of the community present lined up and saluted. 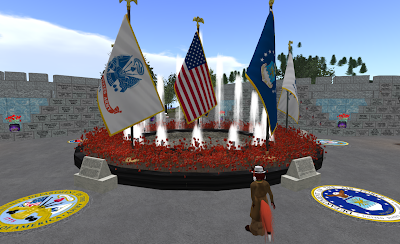 The big event was the annual Veterans Tribute, which appeared inworld just after the start of the month, and was around until shortly after Veterans Day. The Newser would interview the two people in charge, Flattop and Sarah Ewing.

Linden Lab would also feature the Tribute on Second Life Destinations. Draxtor Despress would do the video for it. 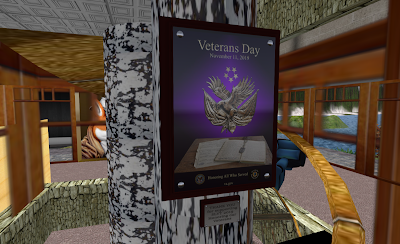 The people behind the Tribute would send the Newser a note of thanks:

Thank you so much for the amazing article about the 13th Annual Second Life Veteran's Tribute.

You made it possible for us to reach so many more of the Second Life citizens and let them know they have a place to honor those that have served in the armed forces.

We, the coordinators, are so grateful for your assistance and willingness to contribute to the veterans.

They would also send us a plaque, which is up at the Newser office at HV Community.

Thanks again to those who served, for the United States and other democratic republics.

Posted by Bixyl Shuftan at 8:00 AM No comments: