At The Relay And SL Birthday Hi all. I have  been on an extended  “vacation” in real life. I have been on vacation also in Second Life . I set up camp in the Little Yosemite Group camping region and have been enjoying a kayak on the rivers and just relaxing there. 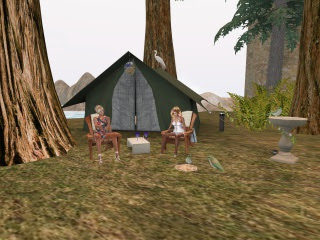 It is a peaceful place where I could set out some of my animals where i do not have the prim room at home, my prairie dog, my birds, some chairs and wine . 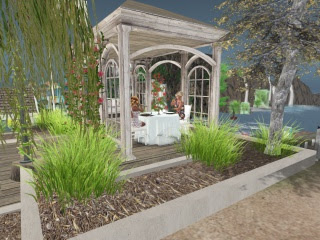 My friend came to visit and we had wine and cheese and then went over to a nearby region for dinner. It was all delightful. 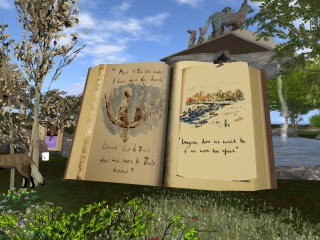 I managed to get over to the RFL regions and did walk the track in the Honor Lap for survivors and caretakers. I took a few more fun laps. The installations were all lovely and I dropped in on many of them later. 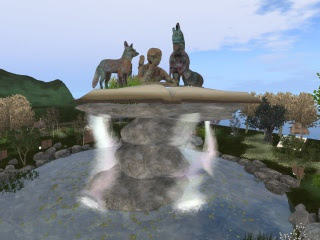 My favorite region was Survivor. Darkstone Eon created it all based on the story, “The Boy,The Mole, The Fox, and The Horse” by Charlie Mackesy.  You can listen to it here if you like.   https://www.youtube.com/watch?v=81b4i9jQhck .  Many words to think about through this children’s book, a lovely modern fable. 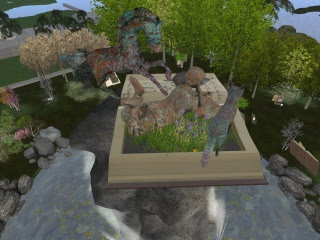 It was such a restful region filled with lovely foliage  with part of the track running through it. Survivors had a page in a book behind sweet statues of the boy and his companions . Each survivor had a thought on their page for readers to ponder. 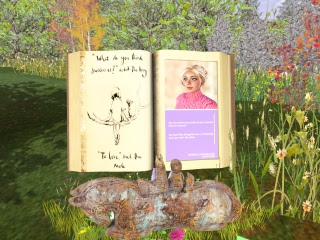 After the event Darkstone was so kind to offer the survivor’s page to each person. I got mine. 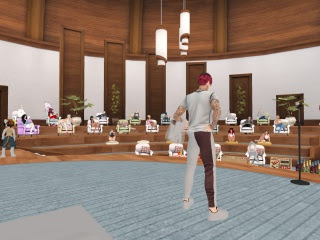 I also was able to make it to greeter training for the next big event, the SL18B, with Dion Mole. Now I am greeting at the marvelous event! Get a folder ready for all the great gifts donated by builders that will be available. I think I will wait for a while to visit the Shop and Hop. It is too intense there for my laptop right now. 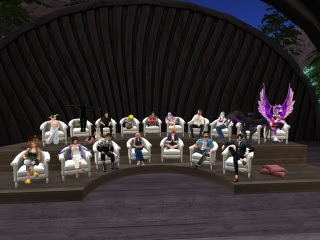 I have been to many of the creations on regions of the birthday event and also attended parties and some of the Meet Lindens, and the Meet the Moles, events in the auditorium. If you missed the meets check them out here .  https://www.youtube.com/watch?v=RfIIG1TWxkc

Gem Sunkiller would send me these reviews of the Meet the Lindens shows (done by Inara Pey):

Do not miss all the wonderful builds . Check the sites when you visit . Many builders place gifts on their plots too! See you there . Here is one of the entrances.  http://maps.secondlife.com/secondlife/SLB%20Awesome/236/108/54 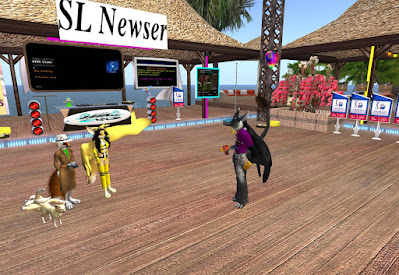 Saturday June 5, 2010 was when the Second Life Newser would first start publishing.  Publishing big stories about events at the time such as the layoff of a third of Linden Lab's staff and the stepping down of it's CEO at the time, it would soon gain a following and eventually become the leading newsletter covering the news of the people, places, and events across the virtual world. Eleven years later, it's still going strong, and time to take a moment to celebrate with a party. It would be held on Saturday June 5 at the Bouncing Bunny Beach Club at the SunWaterThree sim, just a couple sims from the Newser office building in HV Communnity.

Just before the event started, I met up with Velani, and Grease Coakes, whom would be the DJ for the first half of the three hour event. 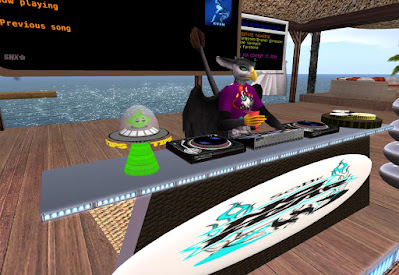 Before long, he was spinning the tunes. 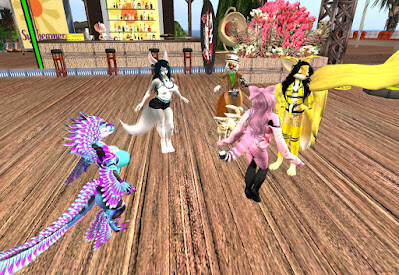 Snowbuns (Skylark Lefavre), the senior manager of the BBBC, soon showed up, still in the pink red panda avie from her "Bid Me" event, along with hostess Niki (blue and purple). 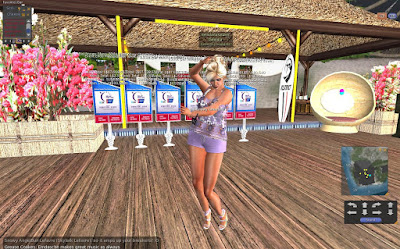 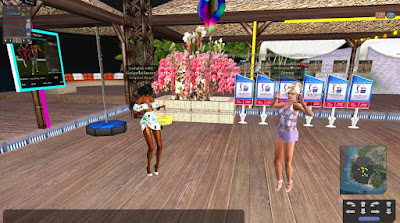 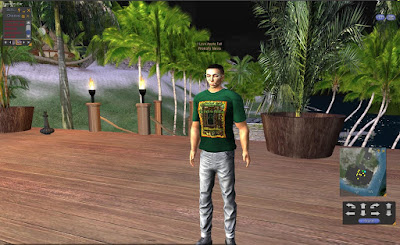 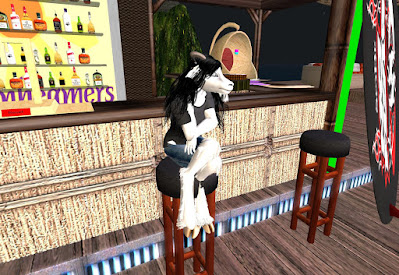 Cynthia Farshore dropped in, having spent much of the day with the RFL Track Sunbeamer camp. 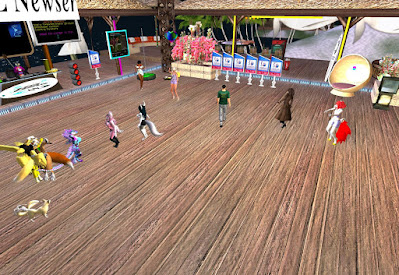 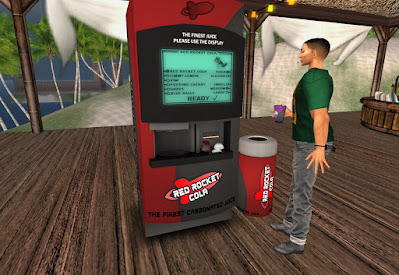 The Red Rocket drink machine got some attention, notably for it's better interactivity compared to earlier models of soda dispensers. 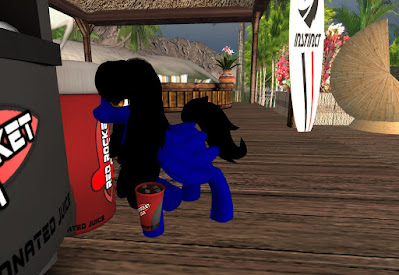 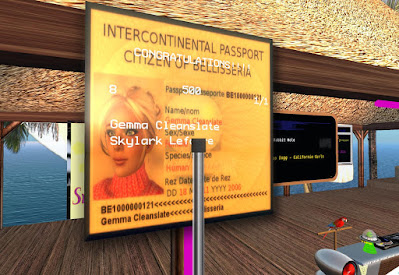 For the Come As You Are contest, of which club staff were oked to enter as this was a special event, the result was a tie between Gemma and Snowbuns. After 1:30 PM, it was Snowbuns' turn to DJ. 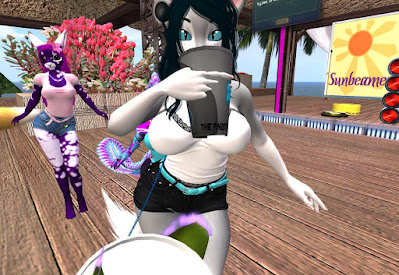 More would continue to show up such as hostess Kylee (purple). 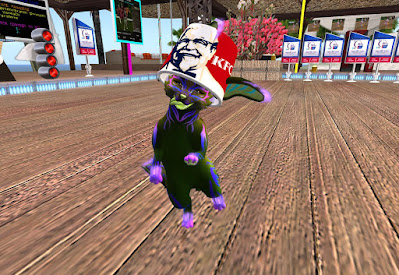 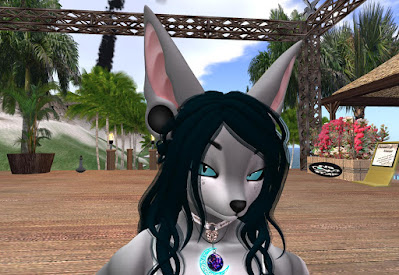 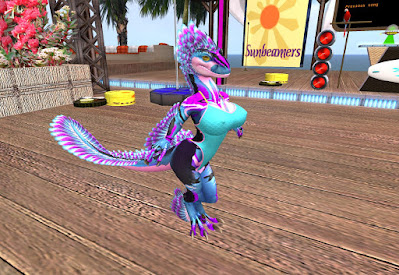 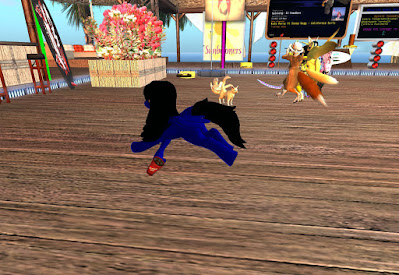 Penny would win the CAYA contest in the second half of the party.

After 3PM, people gradually went about their ways, drifting to other places and events, such as Relay events. It was a nice few hours to celebrate the Newser's success and endurance.

It should be noted that at times, the conversation turned to Ebbe Linden, who's passing was announced only yesterday. We talked a little about him. It was also brought up that in a sense history was repeating for the Newser. Just a week after it came about, it was covering the layoff of a third of the Lab. And on it's anniversary eleven years later, it was covering the passing of Linden Lab's CEO.

No doubt we''ll cover a number of such stories as time goes on.