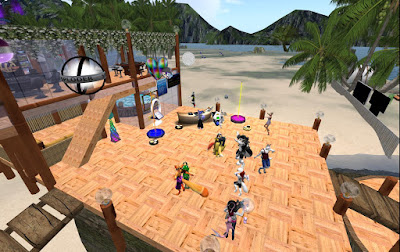 Saturday June 3 was the Second Life Newser's seventh anniversary party. The party took place at the Happy Vixen beach club in the Purrfection sim. For seven years, the Newser had made it's home in the Sunweaver/Angel community which the sim and club are part of, and now it was time to have a little fun for both the writers and their office's neighbors and other friends. 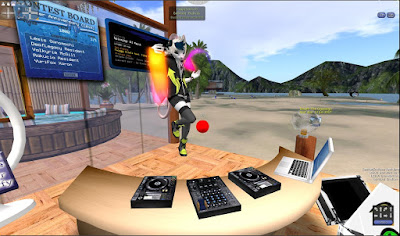 Bastian Endless was the DJ for the event, spinning the tunes with a little flash. 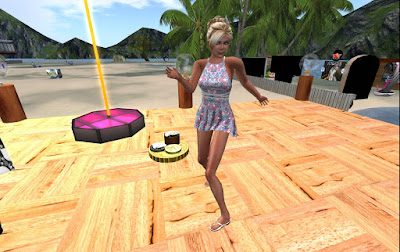 Gemma Cleansalte doing a dance on the beach club deck. Deaflegacy was also by for a short time before real life called her away from the computer. 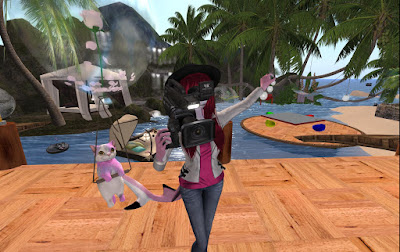 One new visitor to the club, Rakucka, a pink landwalker sharkgirl, fit into the theme of a news publication's party with a video camera, which got cartooned later on. 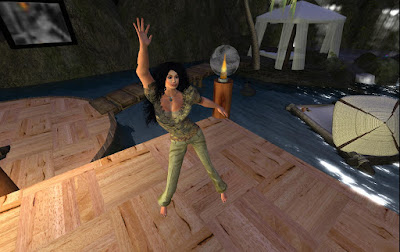 The club had other new visitors as well. 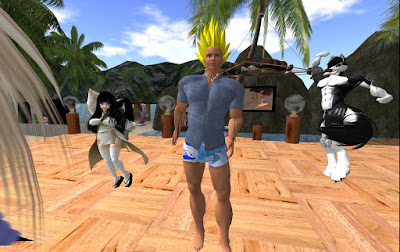 Gemma's friend Bejita was also there. 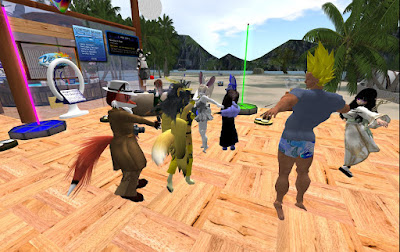 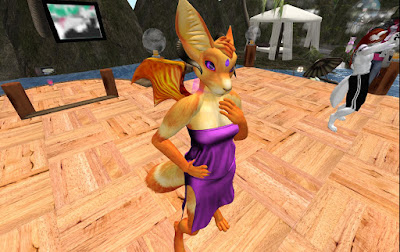 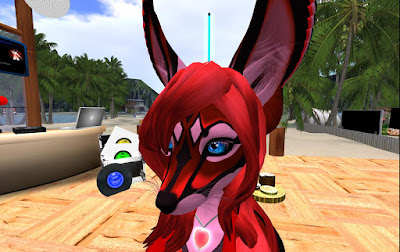 Rita Mariner, the leader of the Sunweaver community, also dropped by the party. 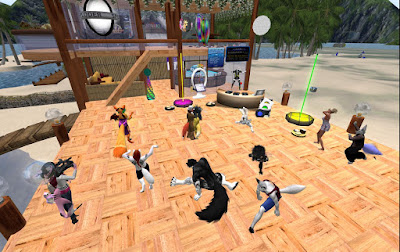 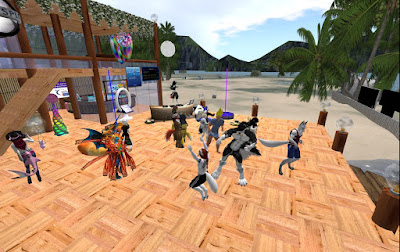 There was a "Come As You Are" contest with 1000L on the board. Valkyrie Ice and Skylark Lefavre tied and split the prize. Some money was also thrown into the 'sploder.

It was a fun time had by all. And the Newser is looking forward to it's eighth party.