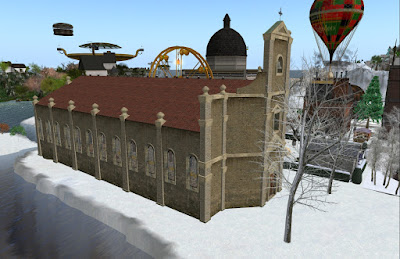 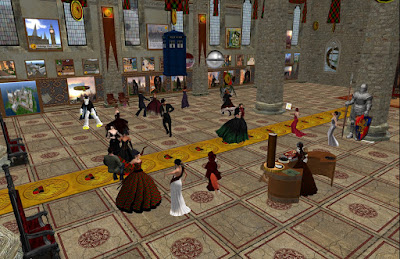 The COU Anniversary Ball will be this Saturday 1 PM and 7 PM. DJ Cynthia Farshore providing the music .More information will be coming out Wednesday or sooner.  Not to be confused with Ms Nyree Rains Caledon Anniversary Ball in February.  ... theme to be announced. If you have anything commemorative that we could give out, it would be much appreciated. 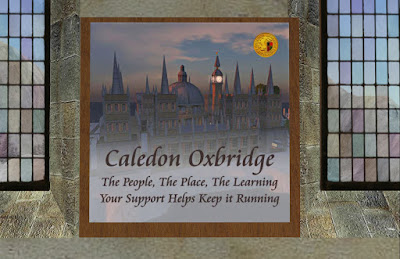 Linden Lab had ended it's support for newcomer welcome areas in communities, or Community Gateways, in 2010. Despite that, Caledon Oxbridge University, or COU, continued. The value of the program was proven when the Lab restored the program in 2017.

The website of the group (http://www.caledonoxbridge.org/) describes it's purpose as "a place to learn basic skills for the aetherial world of Second Life. Oxbridge provides a complete Second Life tutorial for new residents. We also have live, walk-in classes (free) and a number of other 3rd-party interactive tutorials. In a setting based on the theme of an old English university, the orientation tutorial is spread over six "Colleges", each covering a different area of the Second Life interface and world: Avatar Motion, Camera Control, Communication, Finding (Search and Inventory), Avatar Customization, and Money and Commerce. The tutorial experience includes not only traditional orientation posters, but also interactive exercises, free full avatars, and prizes." 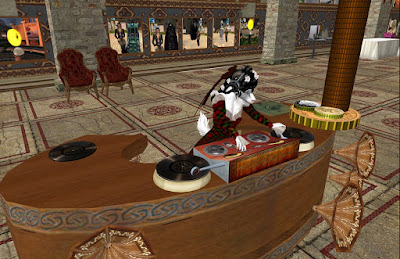 Cynthia Farshore was the DJ for both the 1PM and 7PM events, playing on her "Farshore's Fabulous Fidelity Factory." A number of songs from across the past several decades were played, including Ray Stevens' "Vacation Bible School" and "Good Morning Little Schoolgirl." 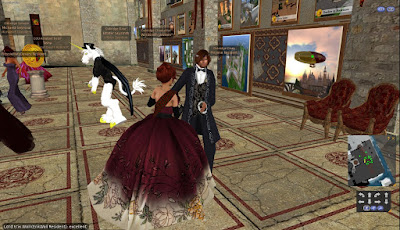 There were a number of people over. This included some of the University staff, such as Chancellor Wordsmith Jarvinen and Dean Phrynne Resident. 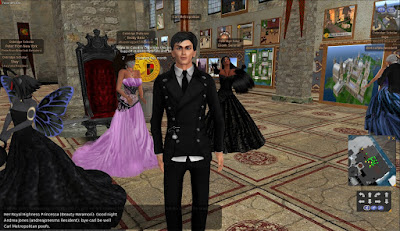 Carl Metropolitan was the Oxbridge Chancellor from 2009 to 2012, "An anniversary should be about the future more than the past, and for Oxbridge I am the past. So I think I will say goodnight and go offline and read a book. Thank you all for making me irrelevant. I really, truly, non-sarcastically mean that. I love seeing Oxbridge thrive with me gone completely. I do promise to show up more than annually now that my real-life is not so stressful." 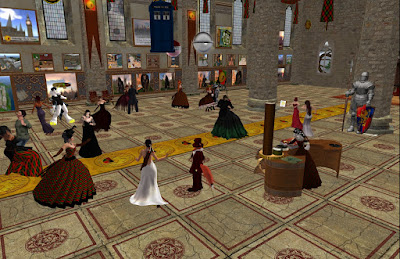 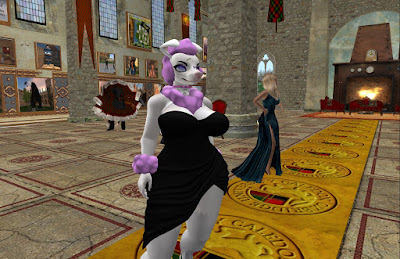 There were also a few people from the Sunweavers community who dropped by. 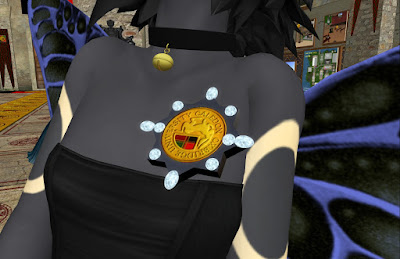 Some wore badges with the University seal as a sign of support. 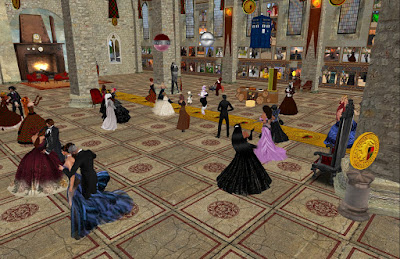 There were stories from a few about how they came across COU, "I went thru the newbie friendly gate on social island, then hopped around newbie friendly Destinations. But I found Oxbridge before I actually made it to oxbridge, from one of the other newbie areas who recommended y'all. A couple actually. figured if everyone was suggesting it, I should check y'all out." At least one was a newcomer himself, "It's places like this that make newbies like me want to be premium members." 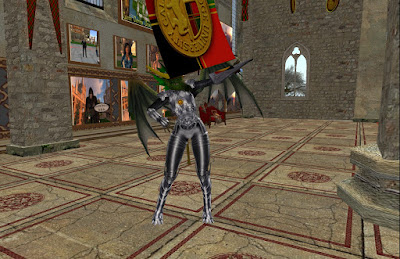 People talked about a number of subjects, such as Second Life in the past, "Linden Lab doesn't understand us or why we are still here despite their best efforts." As well as computers and computing in the days before Internet and the early Internet. 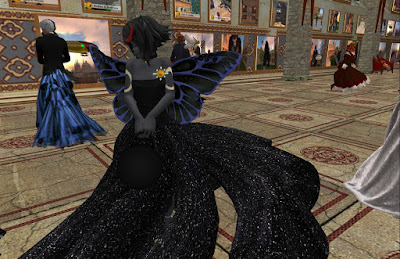 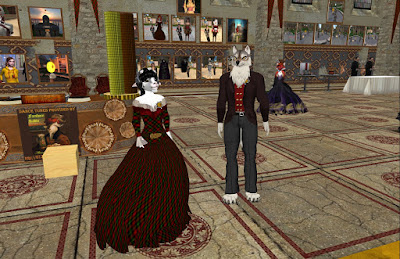 At the end of her two hours, Cynthia told everyone, "Caledonians please stand." Then she played the community's unofficial anthem "Caledonia."

Andrea Jones took a few more pictures of the event, which can be seen on her Flickr page.

And so, Caledon celebrated ten years of it's place for new residents welcoming and educating newcomers about Second Life.

Correction: A few times when I wrote the article, I put "Oxford" instead of "Oxbridge."