Sunday October 9th was the final day of the Burn2 festival. There were a number of events that day, such as DJ Qwark Allen's performance, one event stood over them all: the burning of the Temple.

Like the Burning of the Man the day before, the event was held at three times to better accommodate an audience from across the globe : European, American, and Australian/Asian at 11:30 AM, 7:30 PM, and Sunday 3:30 AM. The three times were needed, the place was packed. 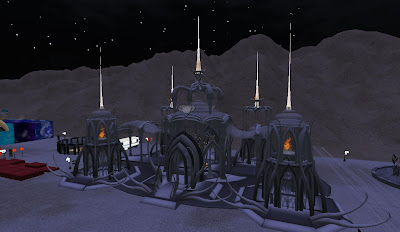 The Burn2 Temple in it's final moments as an intact structure.

As we waited for the burn, we over heard the messages by the temple censor:

May she be well and prosper in rl and SL

She is sweet and fun and loving to firends.

We are missing her here while she recovers.. 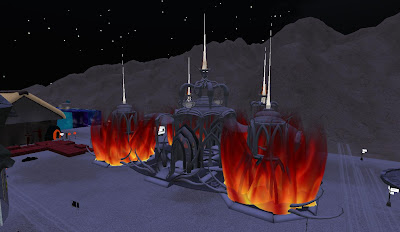 After a while, it began. Four fires are lit at once, and the burning started. 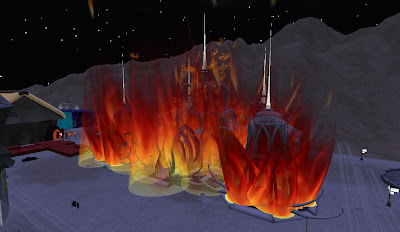 And it doesn't take long before the entire temple is afire. 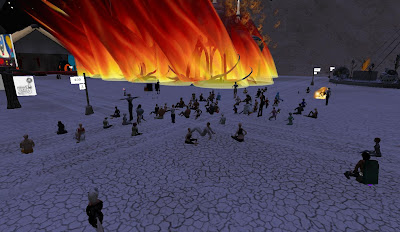 And as the temple burns, the crowd, both volunteers and visitors, watches. 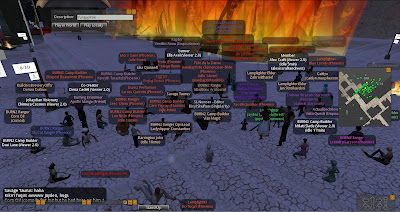 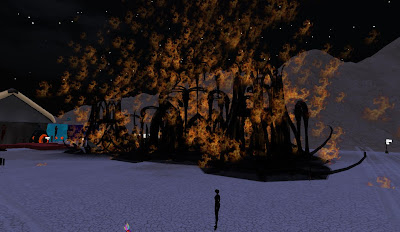 Still burning, but dieing down.

With all those people, prims, and scripts, it was probably inevitable a sim would appear to vanish. 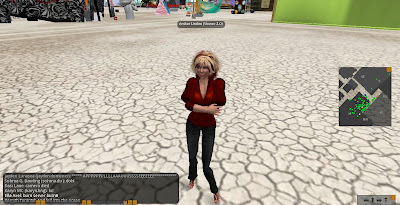 One of the Lindens, Amber Linden, shows up. 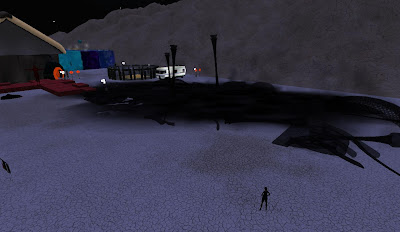 People continued to hang around after the burn. 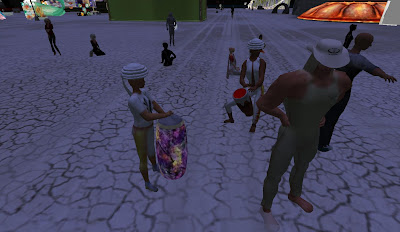 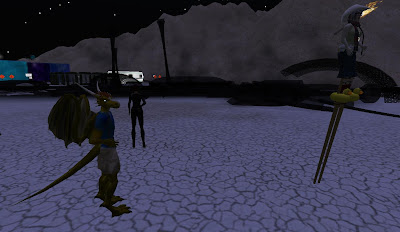 It figures there'd be a dragon avatar there. ;-) 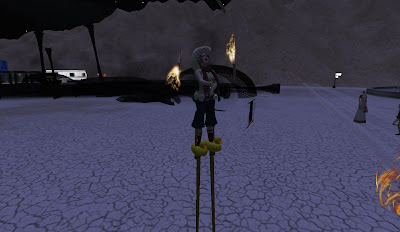 A juggler on stilts. She told us they were up for grabs at a particular camp. But wouldn't you know it, there were too many in the sim to go over. 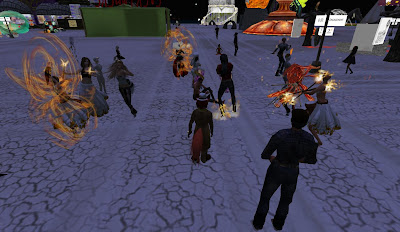 One last photo before heading out.
After today, the sims close to the public, and eventually they will return to the virtual nether, at least for another year. But there is more more event, the "Skin Burn." And then, the planning starts for Burn2 2012.

See you next year, burners.

A youtube of the Temple by Misty Restless
Posted by Bixyl Shuftan at 6:00 AM