Scenes from the Krewe Bayou Parade in New Toulouse 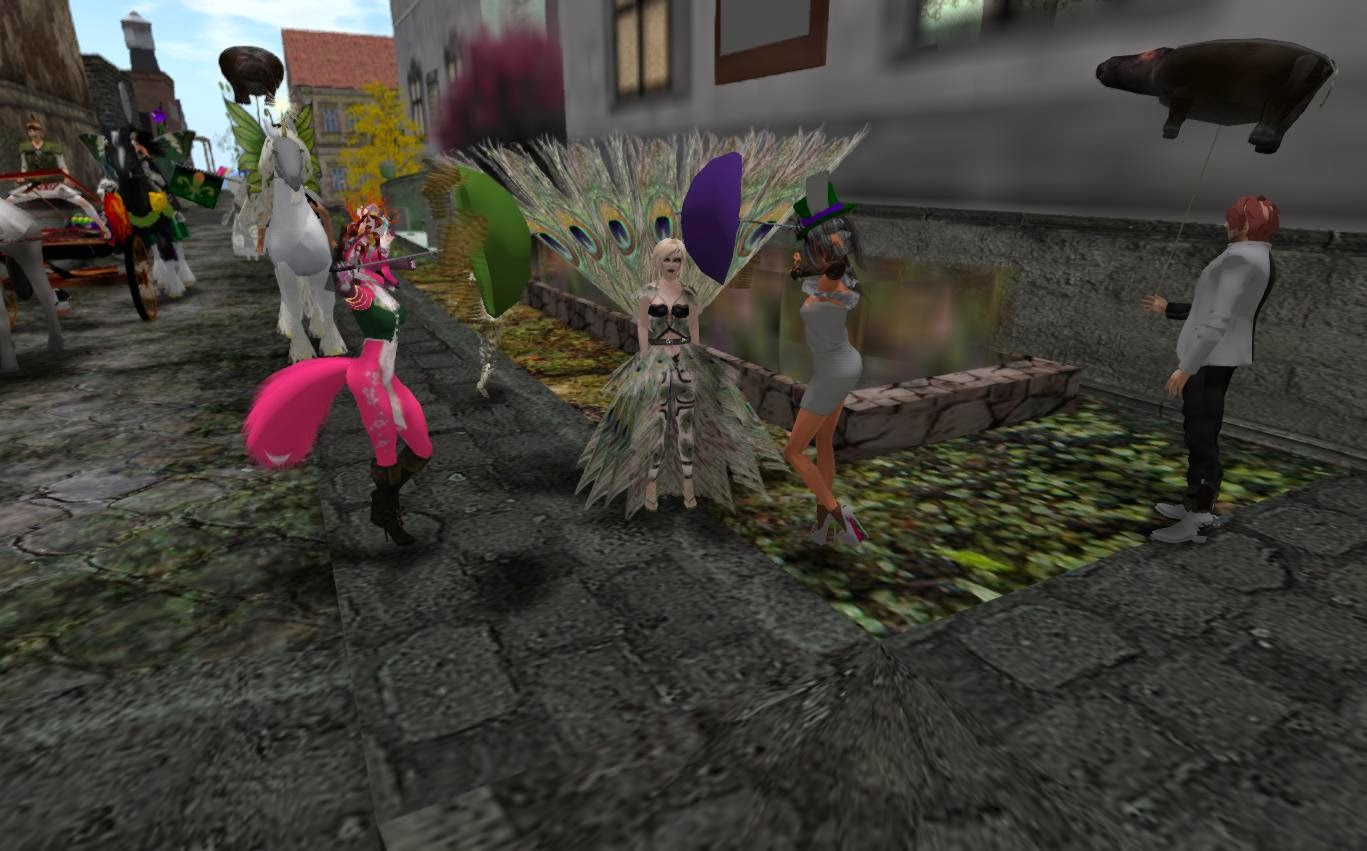 If the parade looked a bit like Mardi Gras, it wasn't a coincidence. This was the first event of New Toulouse's Carnival season. People of all kinds from furs to tinies to not so ordinary humans, and avatars that defied description took part. The "Oh Lord What is That" marching band was aptly named. 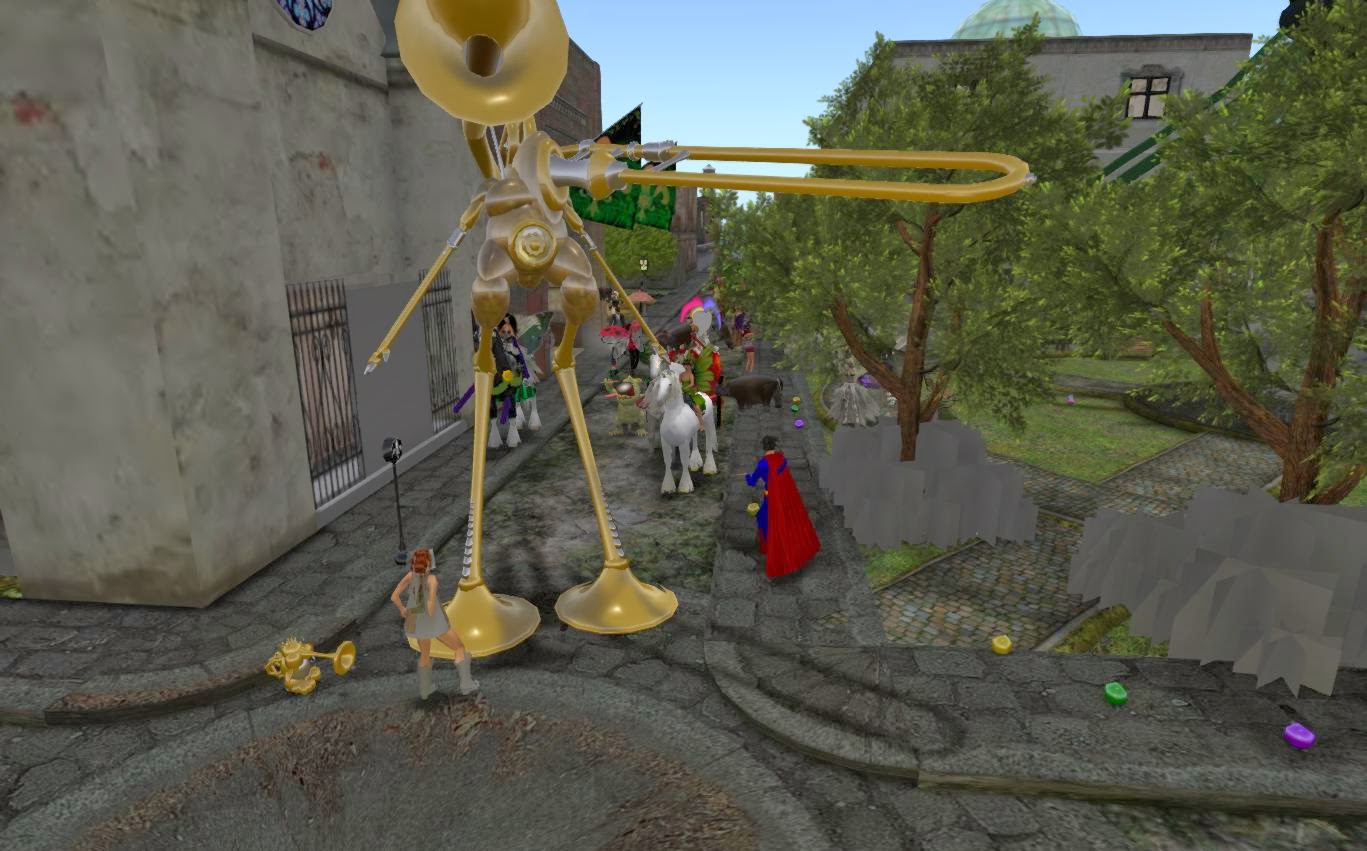 Nikita Weyman described the paraders in her New Toulouse Blog, "from the very tall Trombone Creature, who set the pace, to the Toad King bringing up the rear. Paraders included tinies, chariot drivers, a kraken on horseback, equestrian butterflies, a tiny Mayor Godenot, a deep-sea diver in an aquarium, a bird-headed man, and Superman; umbrella dancers added to the magic and the color of the event." 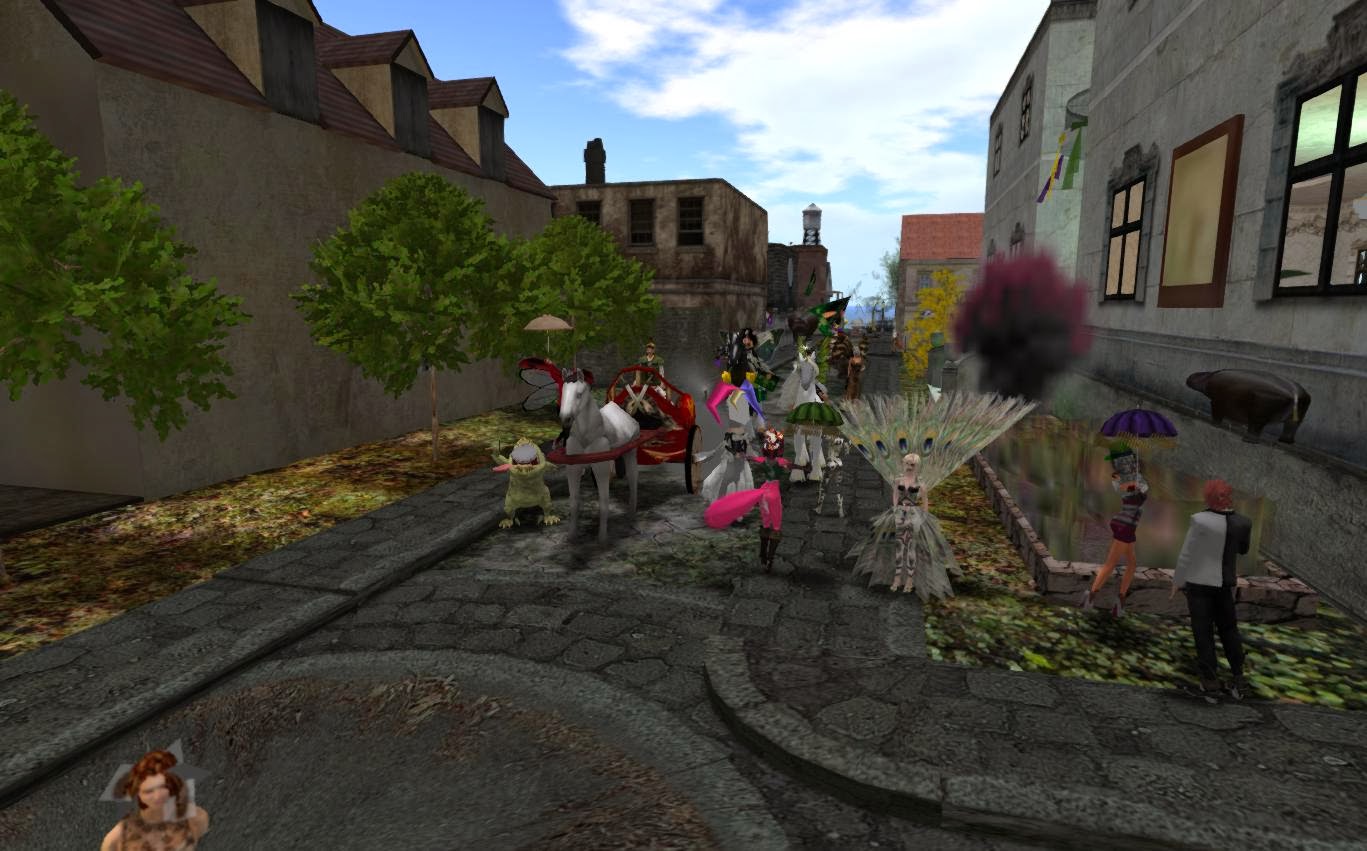 The parade went down the streets of early 20th Century New Orleans. Some were carrying hippo balloons. February 15 was supposedly "Hippo Day" in Second Life. There were also some beads being flung around. 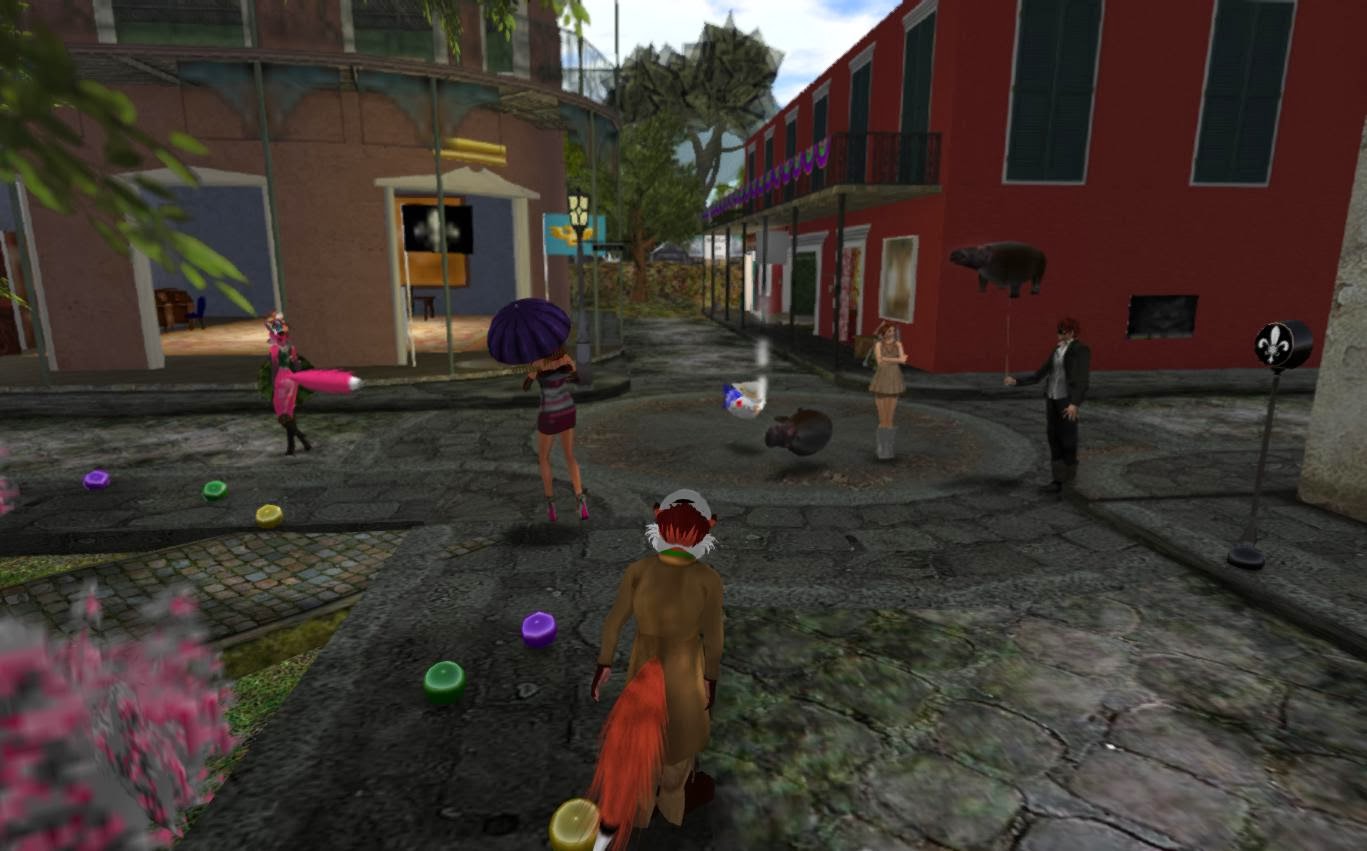 Yours truly did his best to keep up with the throng of people. Someone passed to me one of the hippo balloons, and a couple beads were thrown my way. 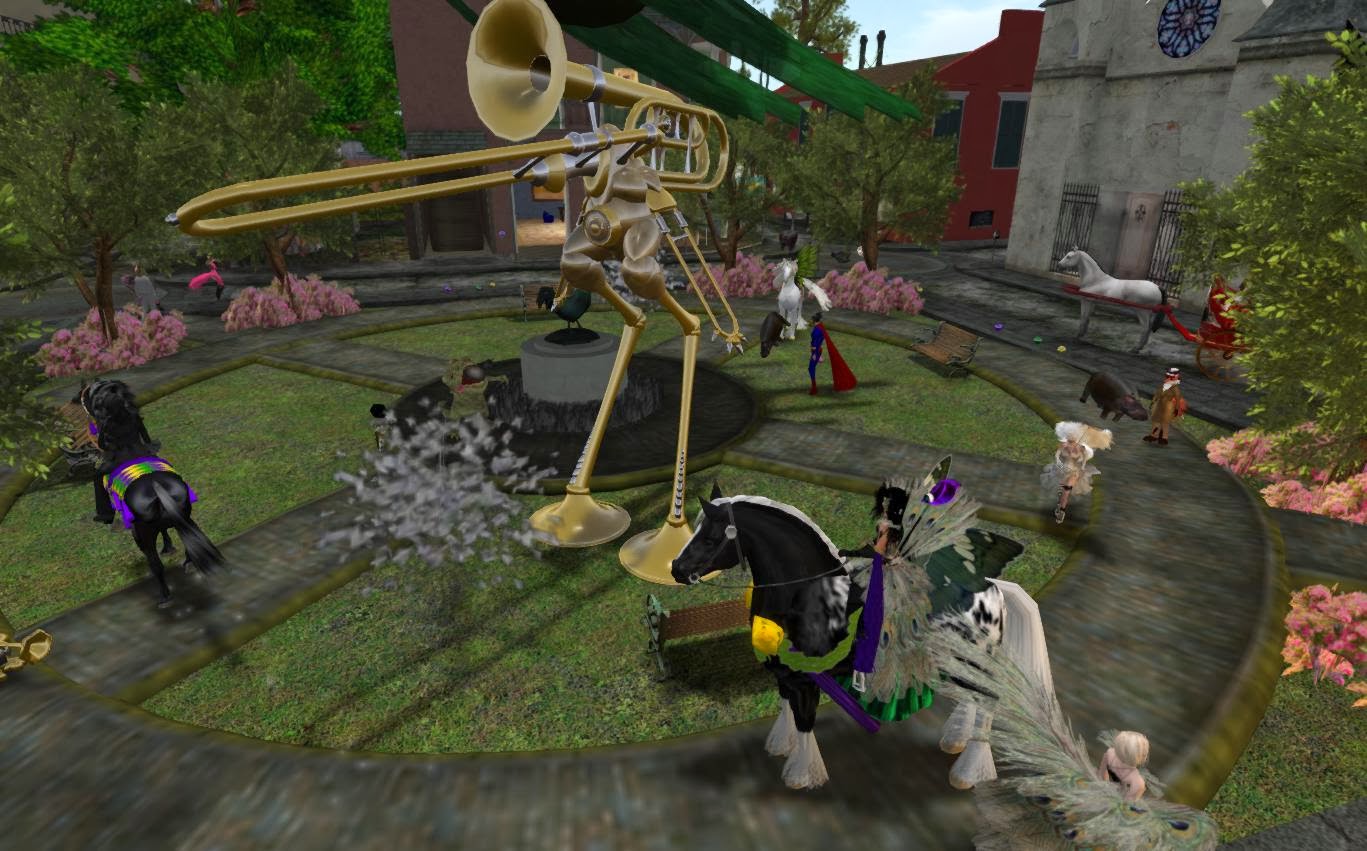 The parade ended  at the Town Square. 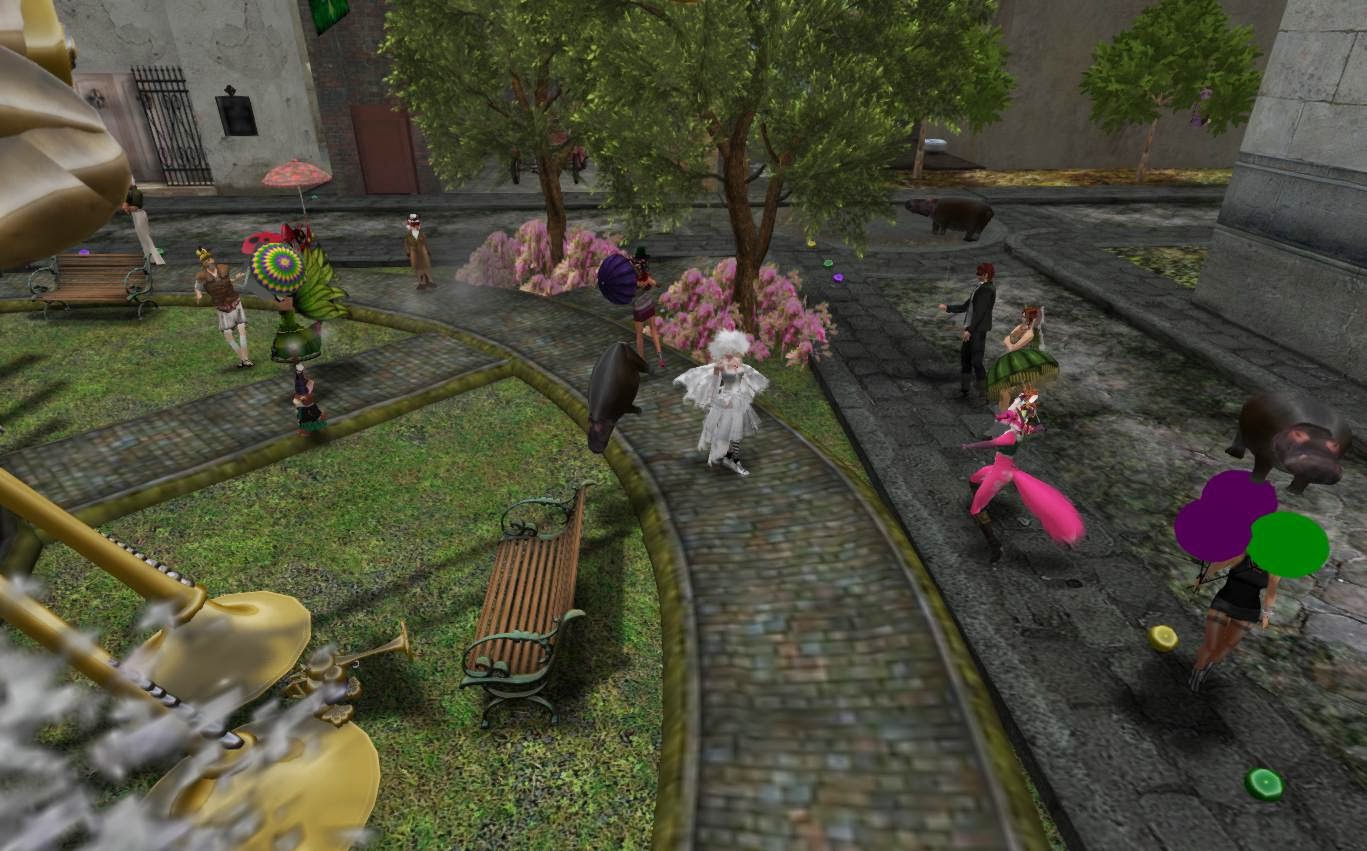 And with that, the paraders danced where they were. 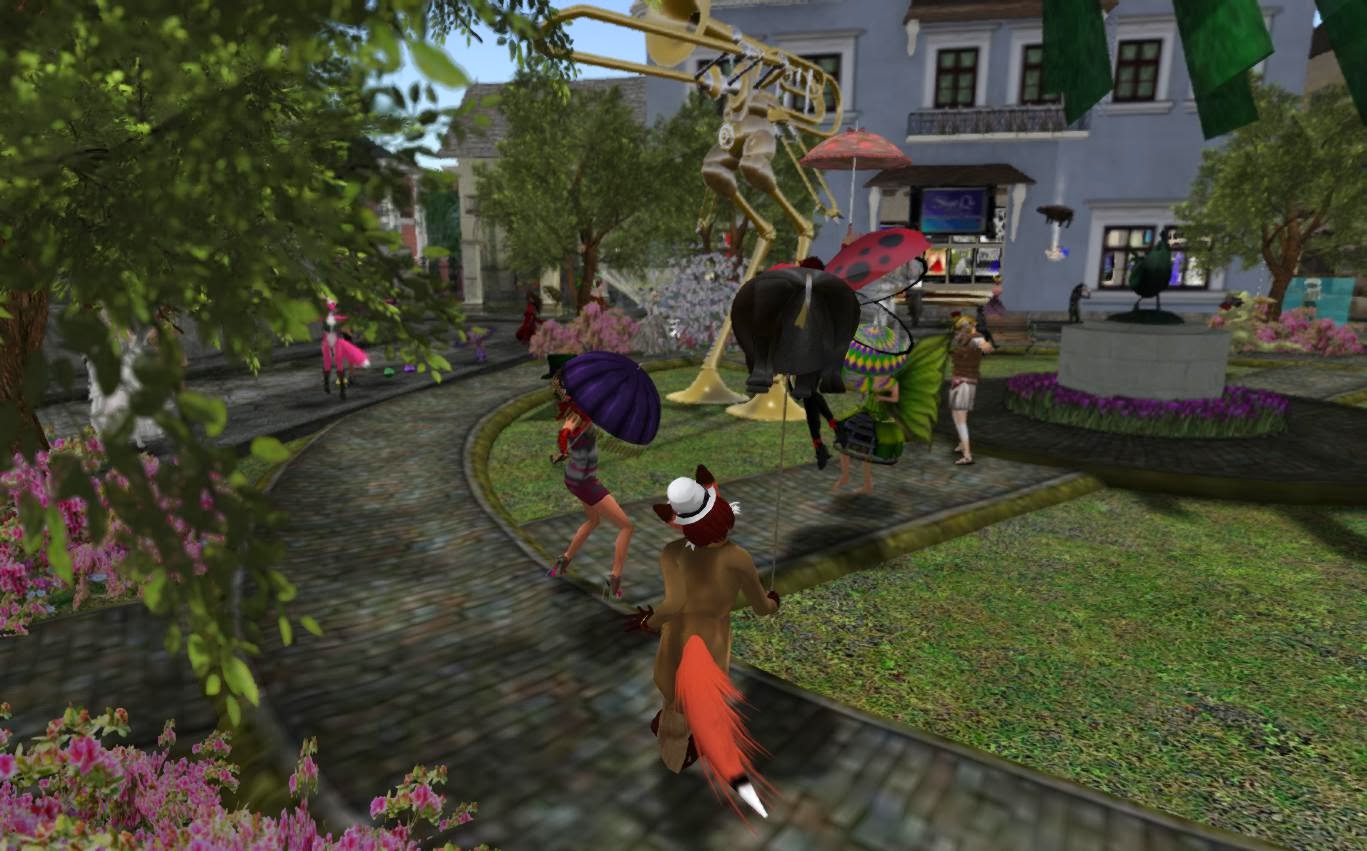 There was also a video of the event made, by Natascha Rant. 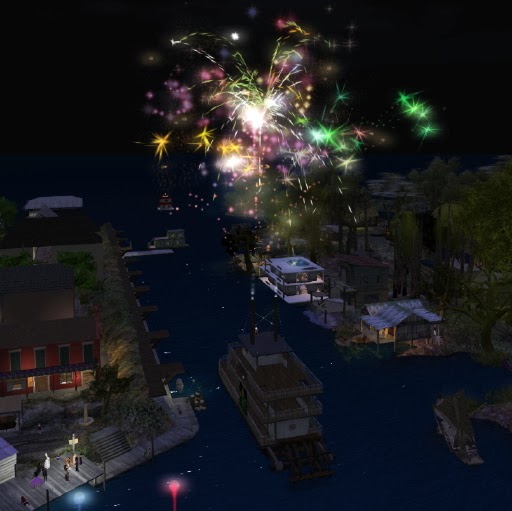 Nikita stated later that evening, there was a fireworks show at the river (photo by Liza Veliz), "At nightfall, Taloosters who were not yet too drunk assembled at the city docks to ooh and aah at a spectacular fireworks display shot off from the top tier of the steamboat. There were cheers, funny comments, and admiration for the awesome display. Spectators were witness to a twenty-minute finale ..."

A great time was had by all.

Keep an eye out for Mardi Gras early next month on Tuesday March 4.