Scenes from One Billion Rising 2014


Friday February 14, 2014 was the day of the Second One Billion Rising event in Second Life. The OBR blog (link) described the event across the world, "ONE BILLION RISING began as a call to action based on the staggering statistic that 1 in 3 women on the planet will be beaten or raped during her lifetime. With the world population at 7 billion, this adds up to more than ONE BILLION WOMEN AND GIRLS. ONE BILLION RISING FOR JUSTICE is a call to women, men, and youth around the world to gather safely on 14 February 2014 outside places where they are entitled to justice – court houses, police stations, government offices, school administration buildings, work places, sites of environmental injustice, military courts, embassies, places of worship, homes, or simply public gathering places where women deserve to feel safe but too often do not." 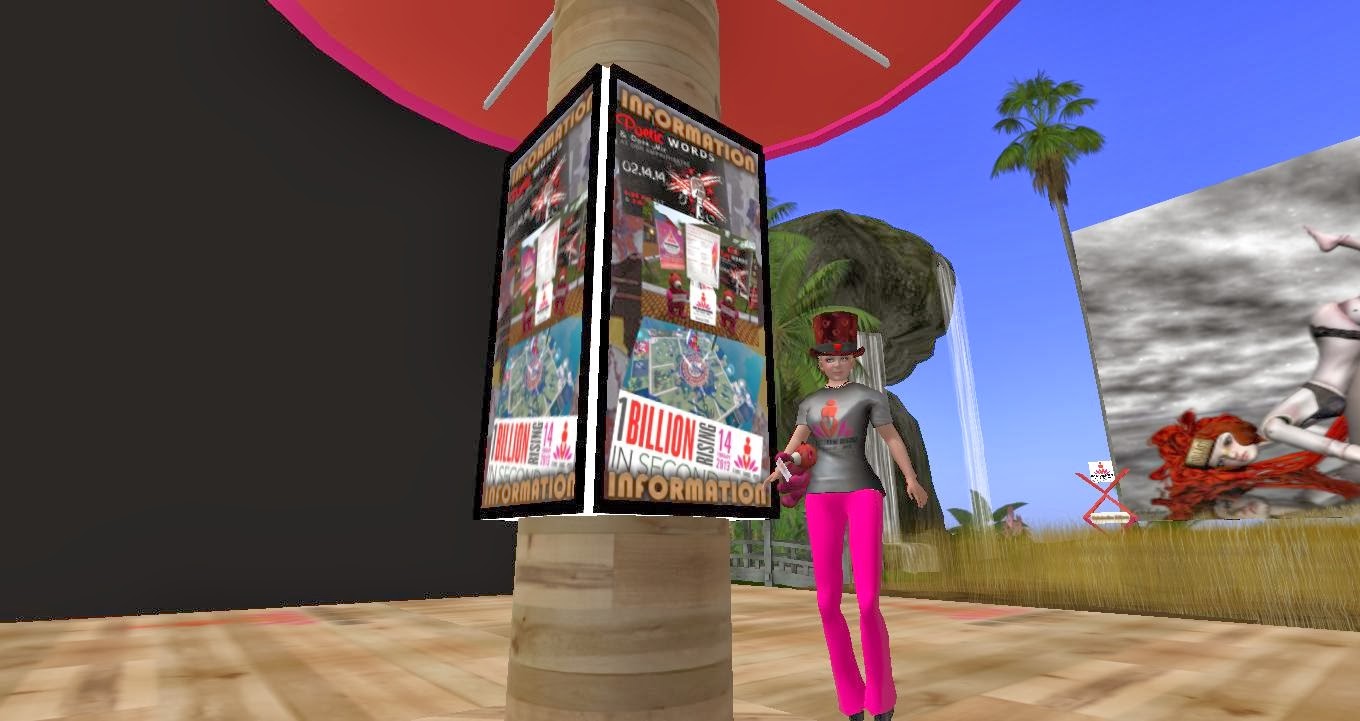 The event in Second Life took place across four OBR sims. Among the greeters was SL Newser's Gemma Cleanslate, who look a number of pictures. 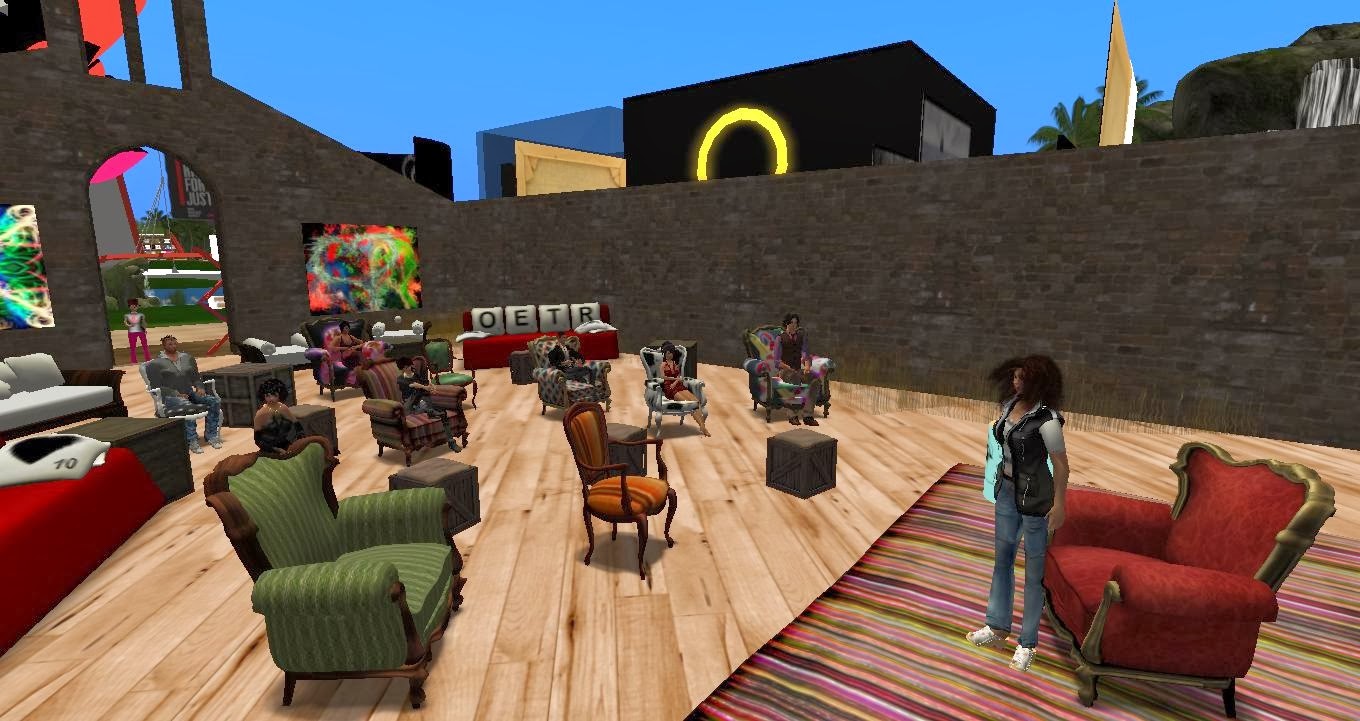 There were poetry and open mike events. 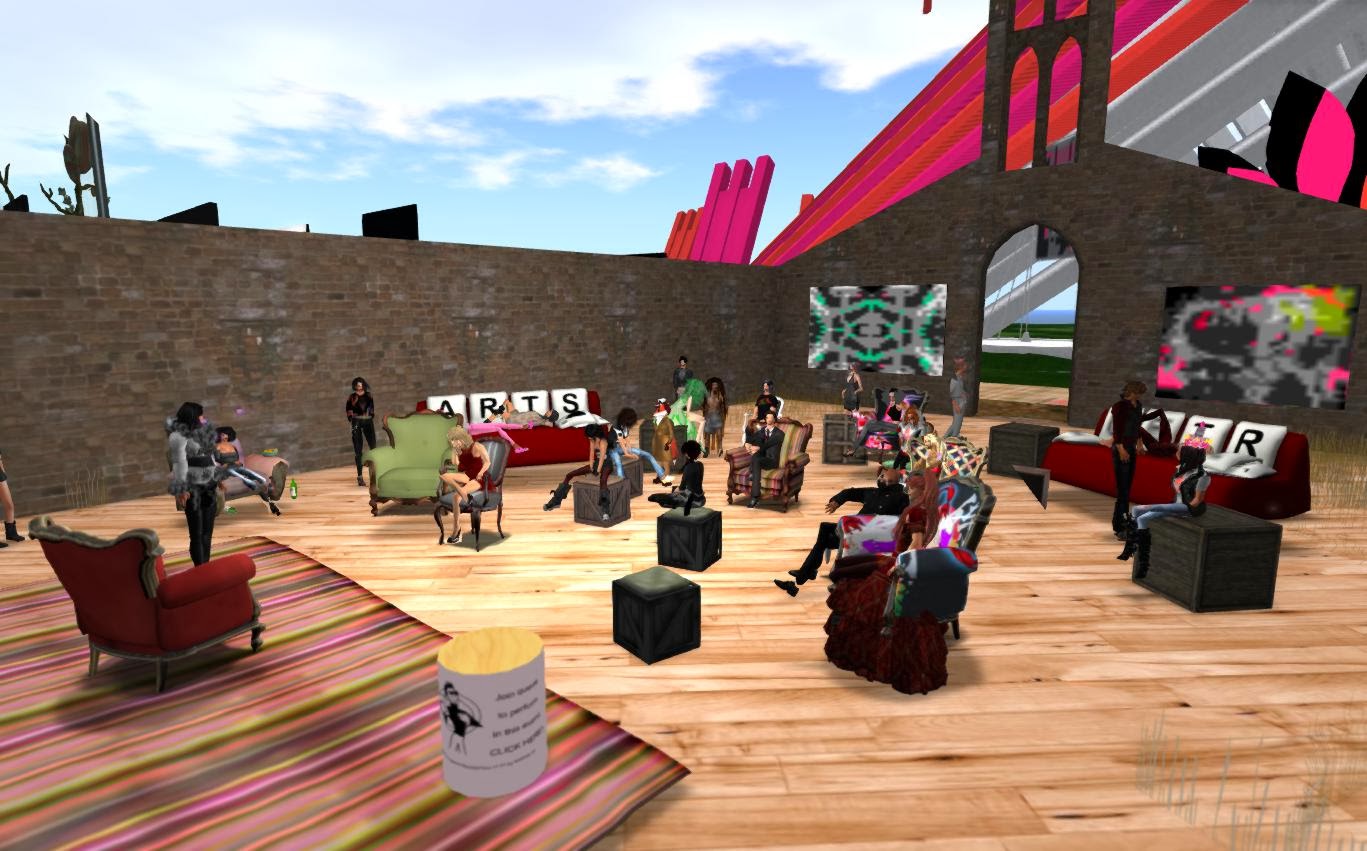 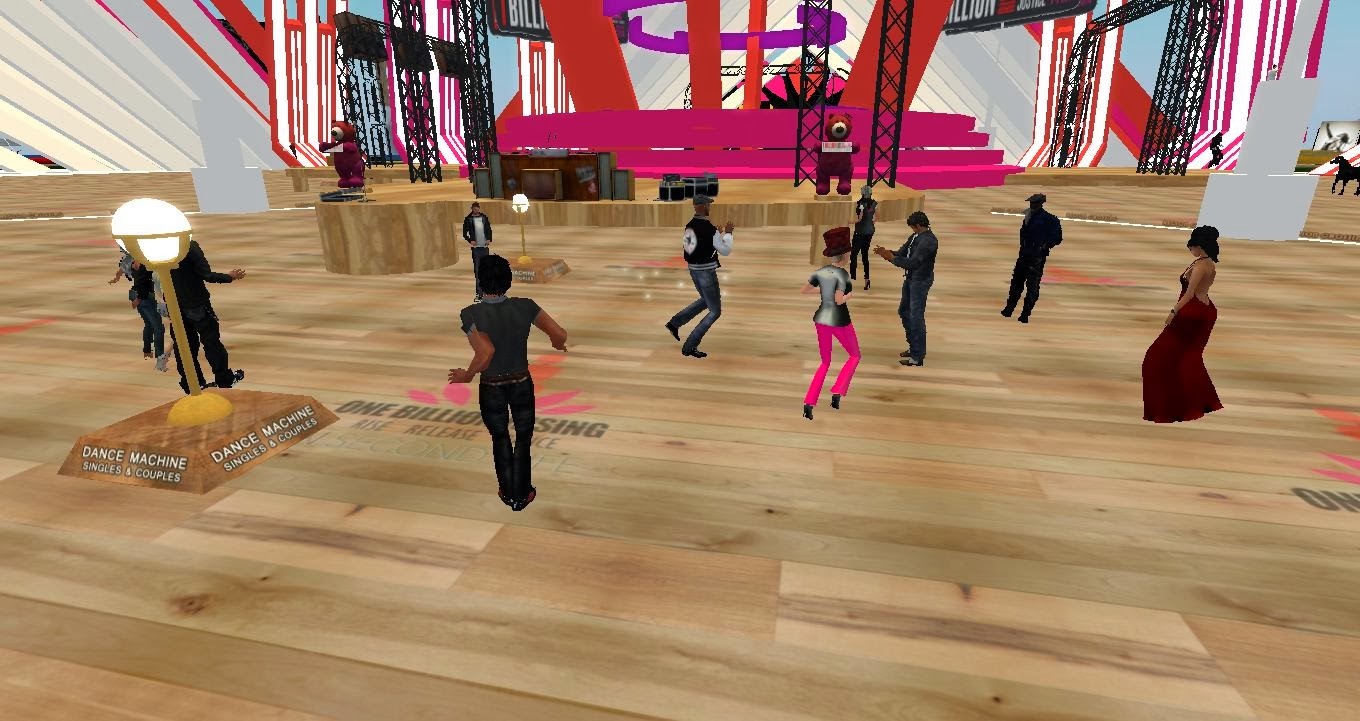 There were also music and dance events with inspirational songs. 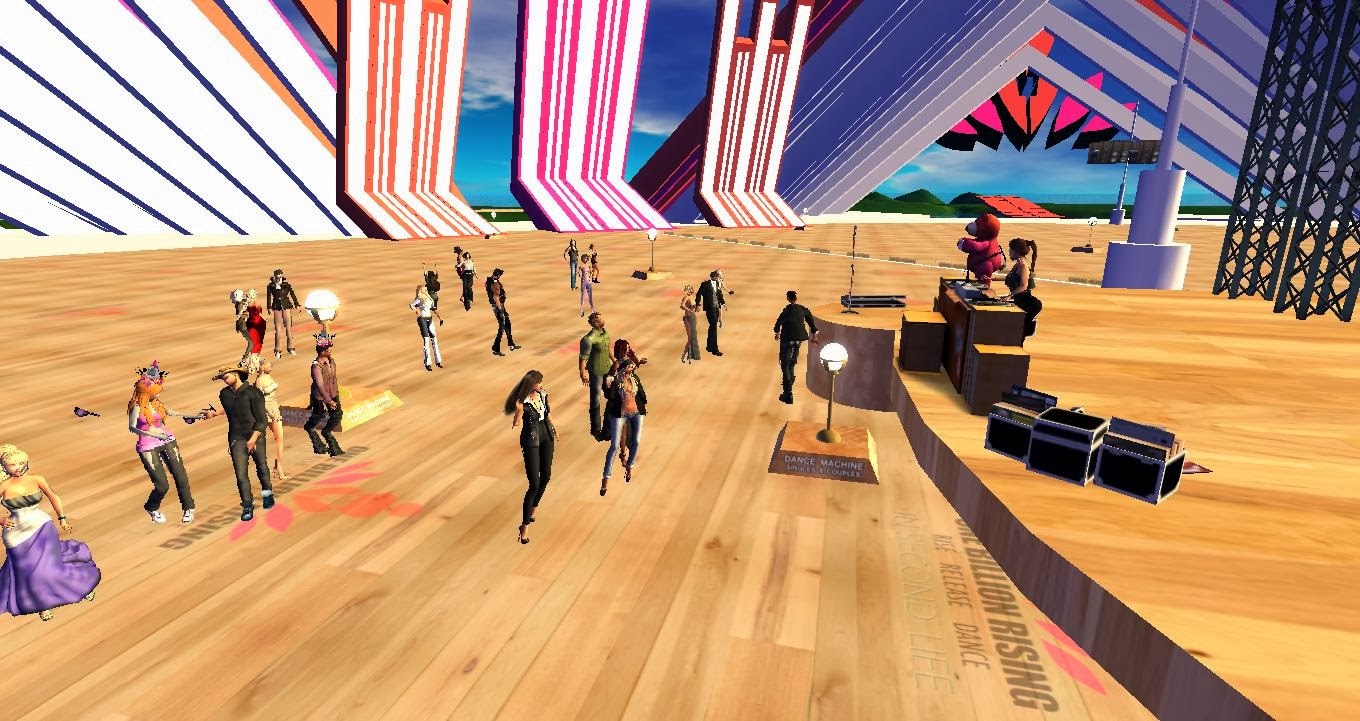 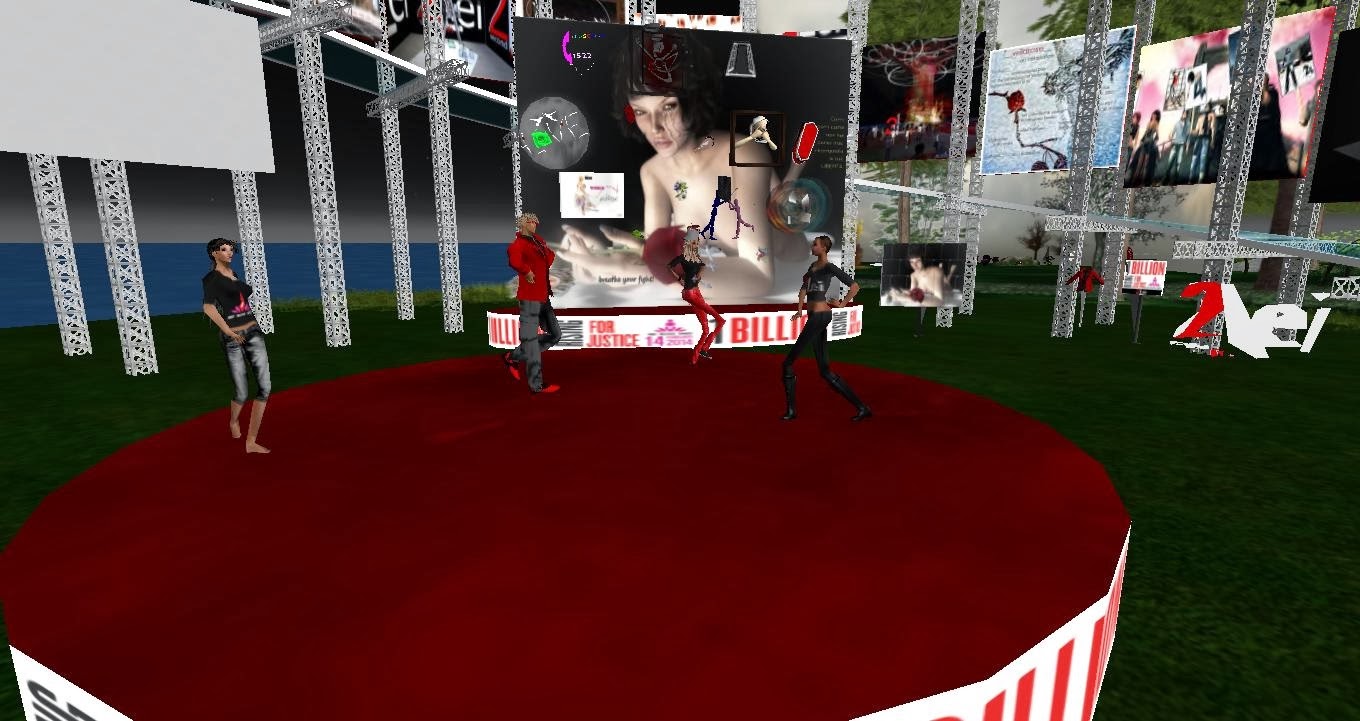 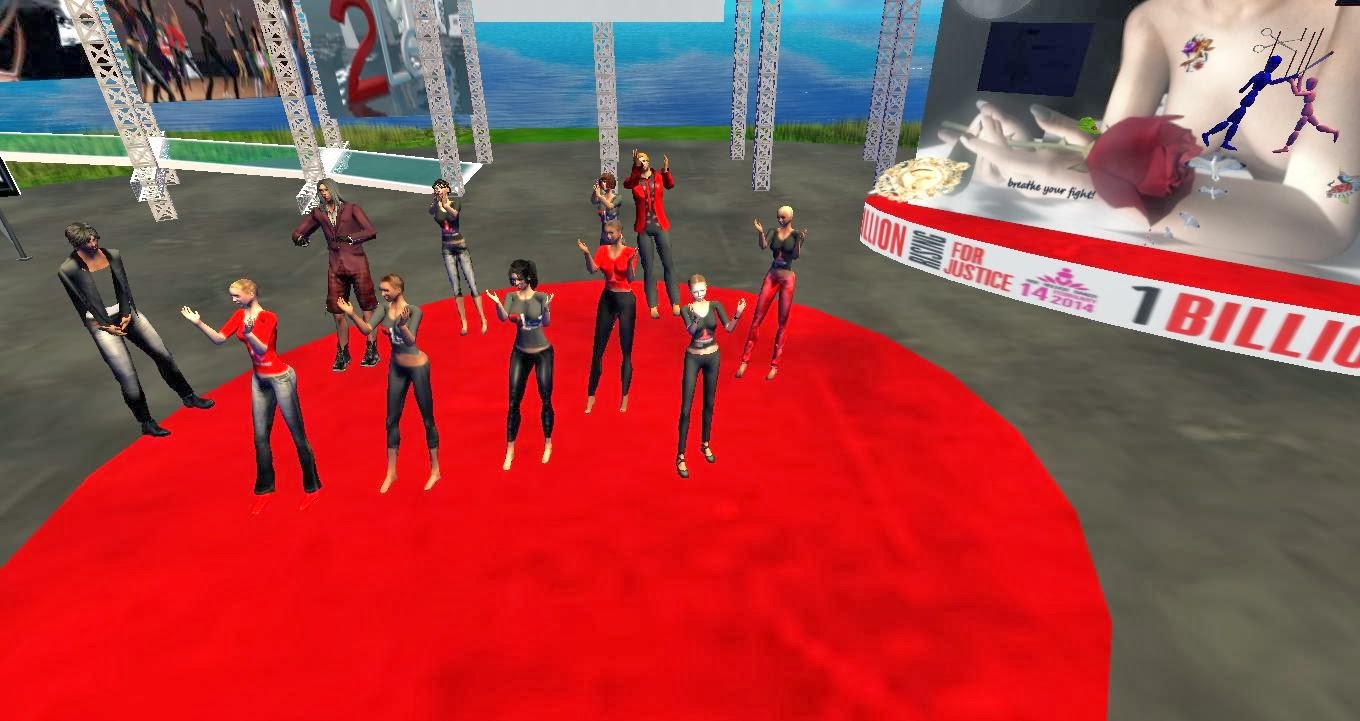 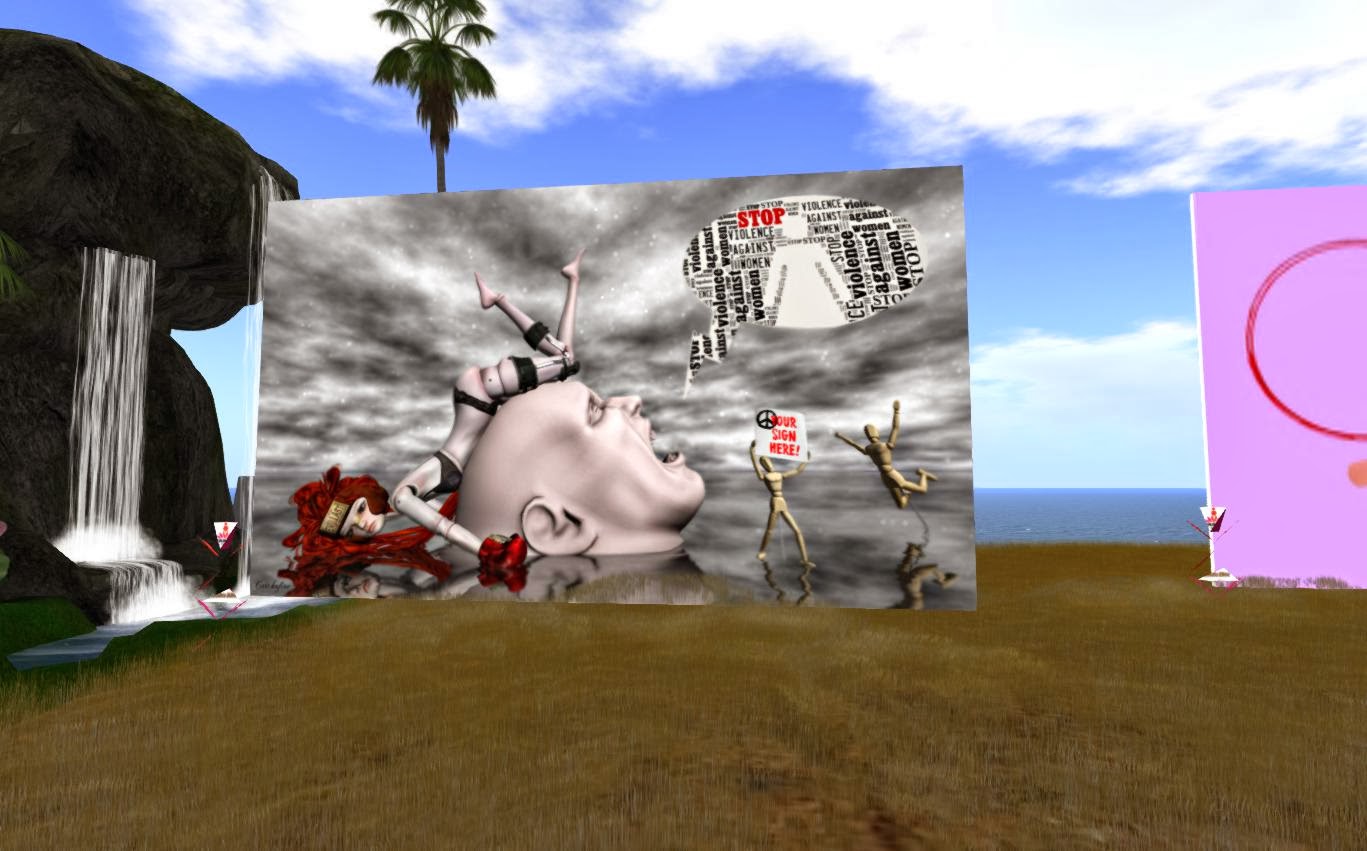 Earlier, Gemma had taken some pictures of art exhibits (link). During the event, Bixyl Shuftan showed up and took a few more. 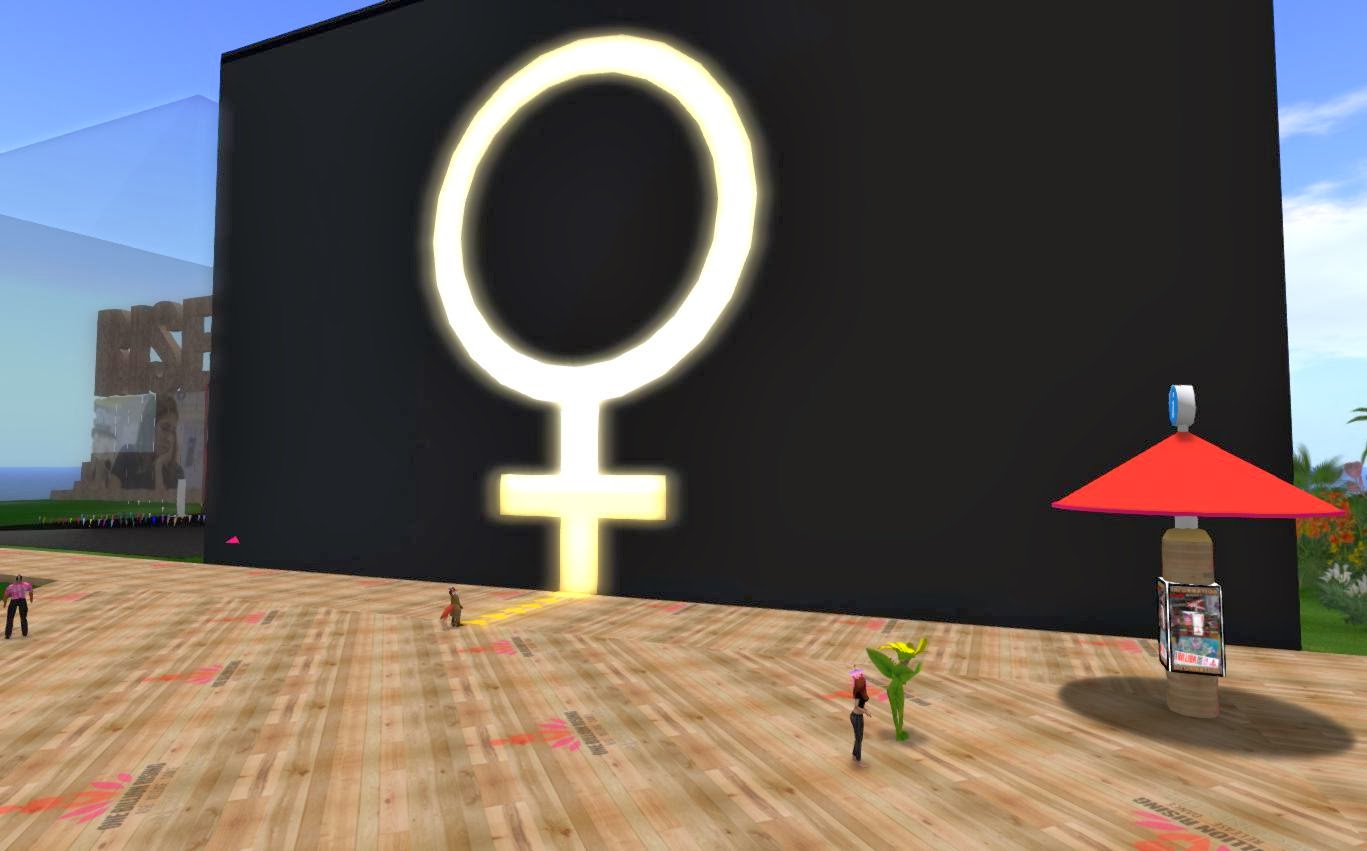 One art exhibit from the outside looked like a box with the symbol for women. 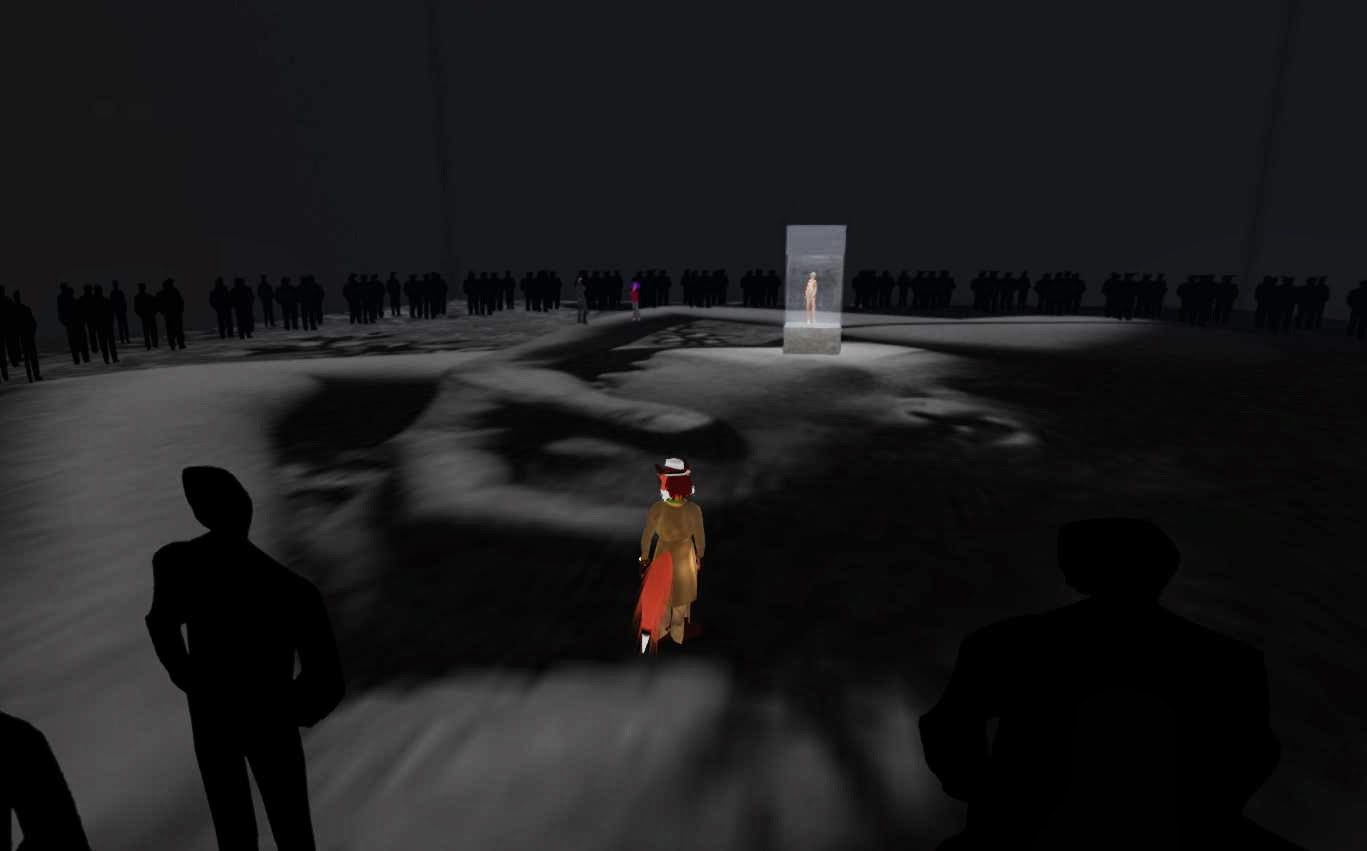 The inside was a bit spooky, dark and forboding with the dark outlines of dozens of figures around a lone female, illuminated in a glass cage. 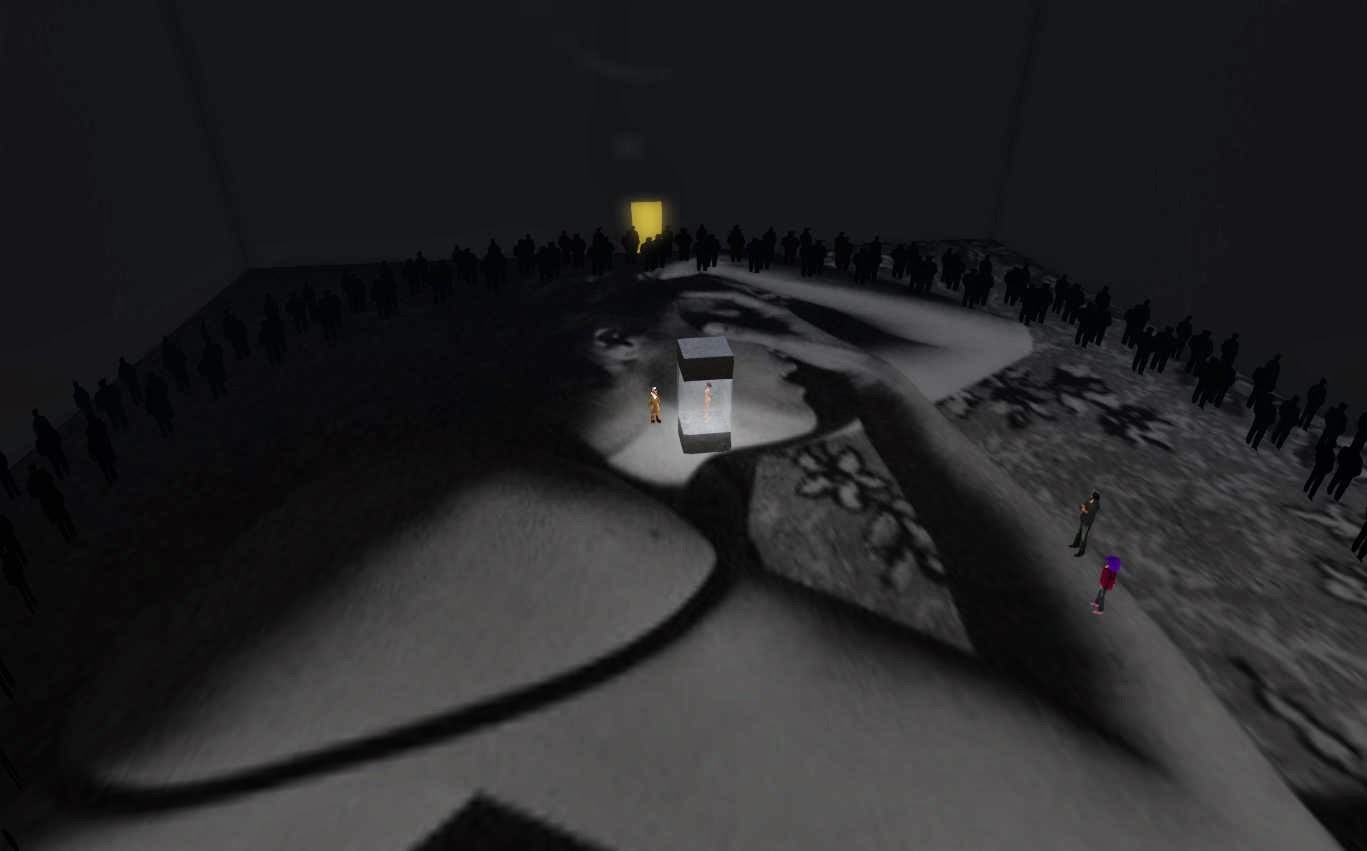