Burn2: The Burning of the Man 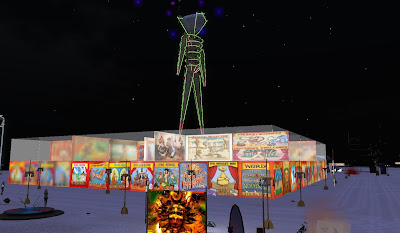 Saturday October 24 was the day of the "Burning of The Man" at the Burn2 Art and music festival. In the Burning Man Black Rock sim, the effigy of "The Man" was set up on top of a maze of circus signs, made to look like a wooden structure lit up by neon tubes. 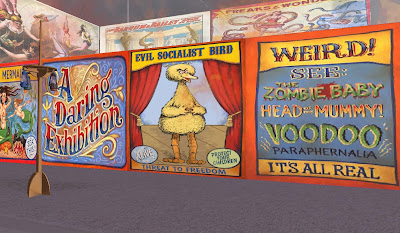 The maze was made of of signs from carnivals and freak shows of old. Though a few were just parodies of them done to poke fun at things. 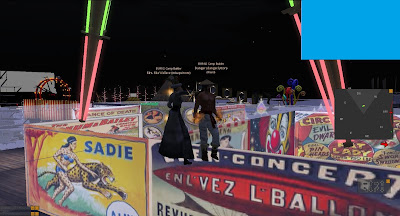 Underneath "The Man," a couple of the volunteers were presumably making last minute checks to make sure all was set. 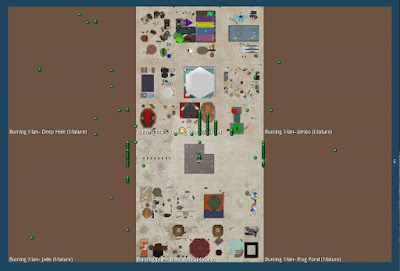 The map showing the numbers of people in the surrounding sims. The greatest number were in Looking Glass, the closest to the effigy. 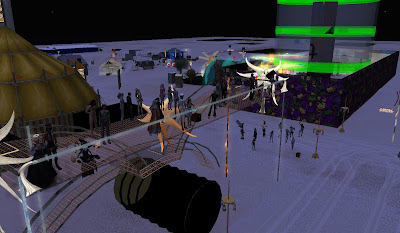 Many of the onlookers in Looking Glass were on this walkway near "The Man." 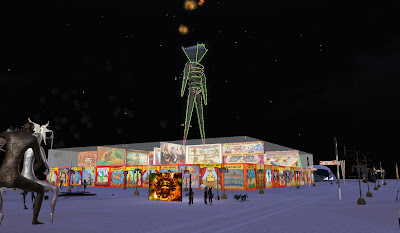 Me with a couple friends, watching as sparks of flame appear. 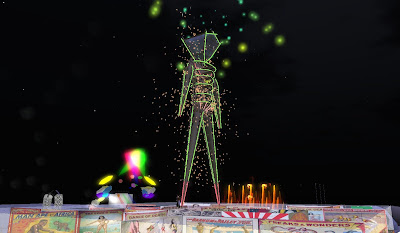 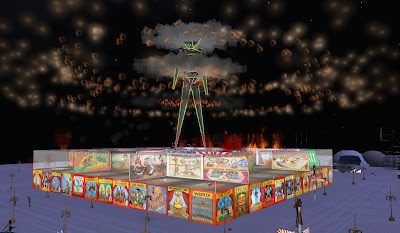 An explosion sends fire and smoke around The Man. 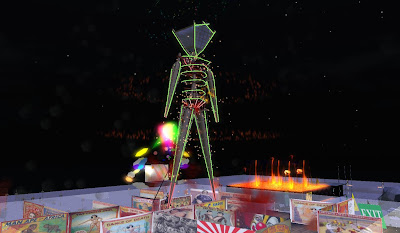 And the first supports of the structure begin to fall off. Unlike The Man in previous years I've seen, the neon tubing stayed lit. 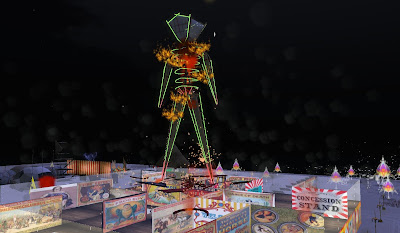 More pieces began to fall. Once again, a difference from previous Burning of The Man events becomes clear. It's not falling apart from the head down, but all over. 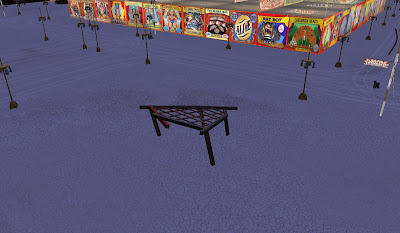 A major piece of the head falls off, though the rest is still atop the burning the structure, refusing to fall. 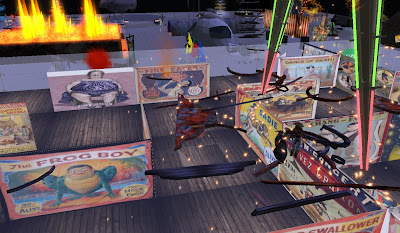 More parts of the effigy fall as it burns. 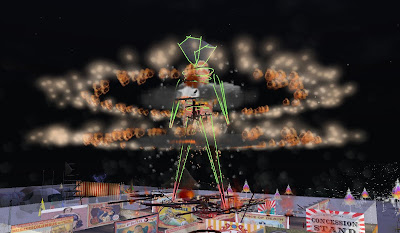 Another explosion, but still The Man maintains it's basic shape. 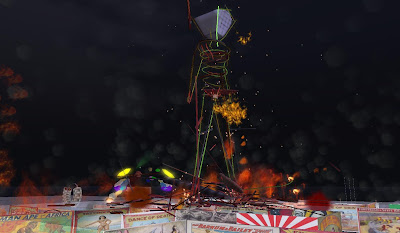 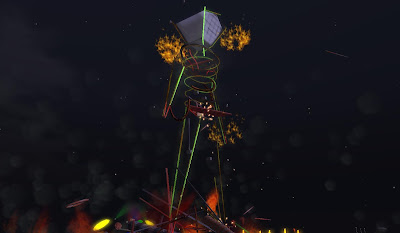 By now, it's clear in real life, The Man would have at least partially collapsed. 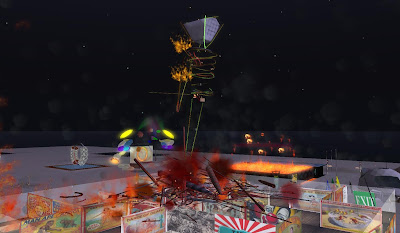 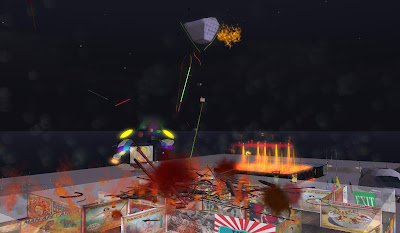 The head of The Man continues to defy gravity, even as most everything else is burned away. 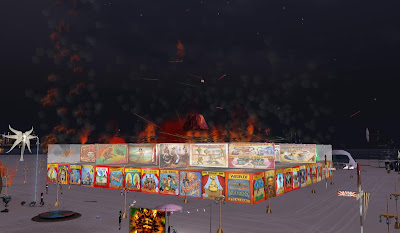 Finally the structure is completely down. 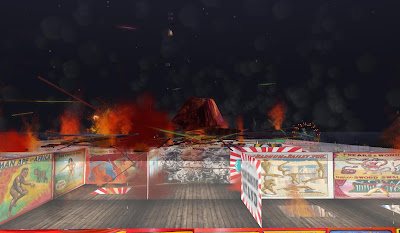 The head, usually the first big piece to fall off, was among the last this time. 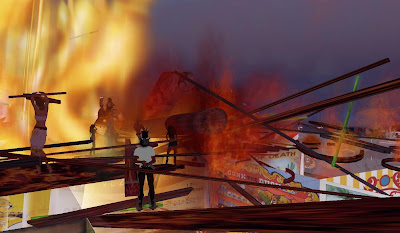 Dawn begins to break as the Burners are invited to head to the wreckage and dance among the flames. 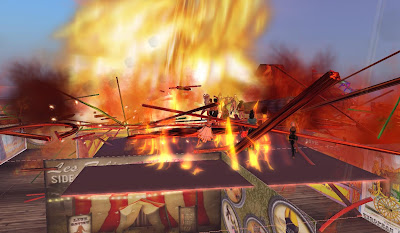 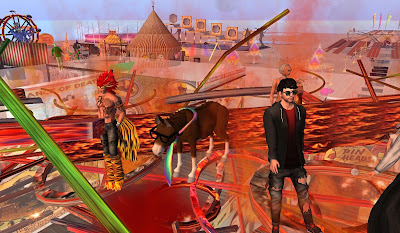 Looks like one Burner made an ass out of himself. 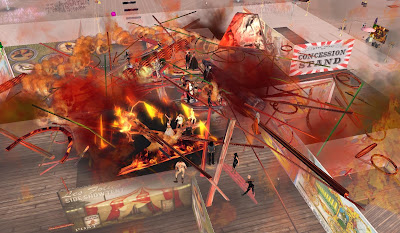 The burning of The Man didn't go completely as expected. I guess someone like me who's been to several is just used to the structure falling apart from the top down like it would in real life. Still, it was an enjoyable event well worth going to. And there was the Temple Burn which would take place the next day.