Scenes From the Relay for Life 2016 Kickoff 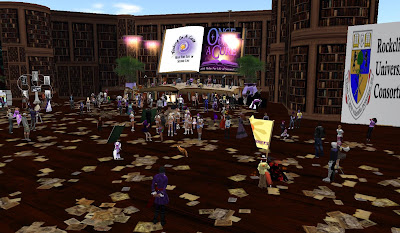 On March 6 at 10AM SL time, the official Relay for Life in Second Life fundraising season began with the start of its Kickoff event. Although there are spinnoff events over the year, such as the Christmas Expo, what the Relayers look forward to is the official season, in which various teams raise funds for the American Cancer Society. 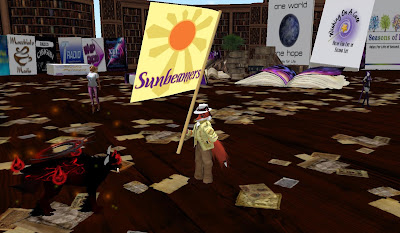 I myself was there representing my community's team, Team Sunbeamers, with our team flag in hand. 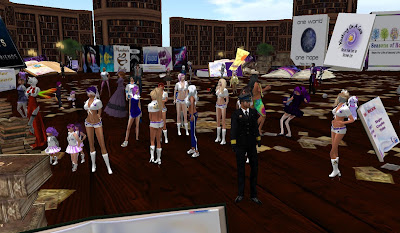 There were many other Relayers in the four sims set up for the Kickoff, the avatars meeting up in the middle. I never heard a total, but there were many dozens, over a hundred. 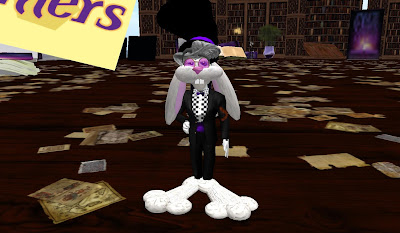 Among the noteable personalities there were RacerX Gullwing, the head of Team Giant Snail Racers. 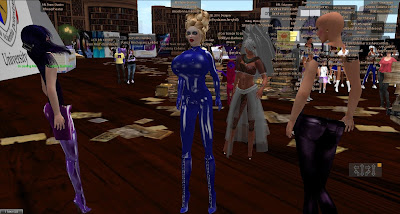 Madonna Daehlie, the Relay DJ noted for her rubber suits. 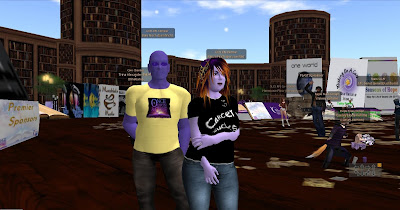 Bain and Panza Finch. Following some personal tragedies, Bain is getting involved in the Relay again, describing his "Relay Journey" in this blog post (Click here). 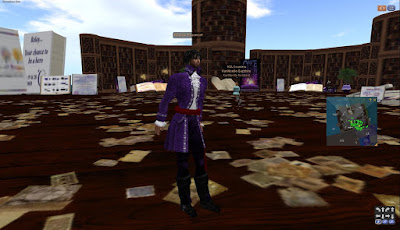 Another around was photographer Wildstar Beaumont. 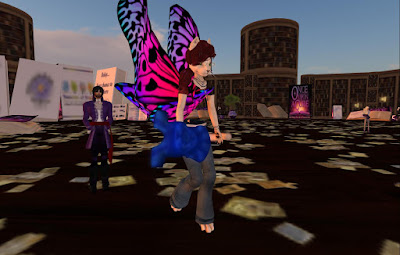 Southpaw Sommers of the Steelhead Salmons, her mesh outfit refusing to completely rezz. 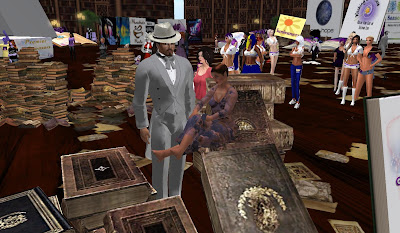 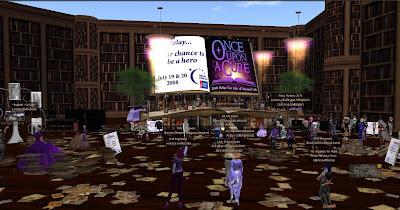 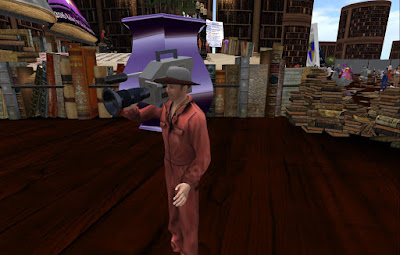 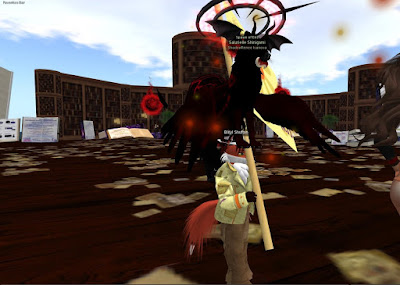 My friend ShadowRene Ivanova showed up. Looks like she wanted a perch for a better view. 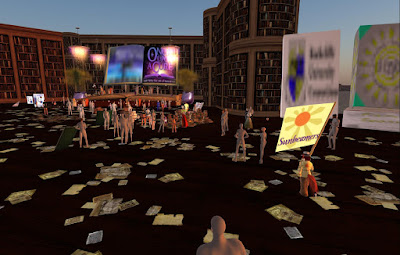 I ended up crashing a few times, and coming back things had to rez all over again. Fortunately I could catch the audio stream via the T-1 Radio website. 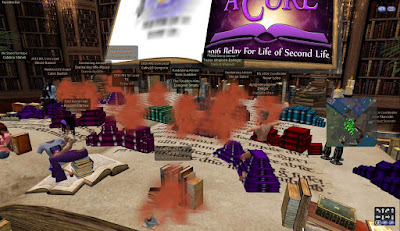 The Relay Committee took a while to come into focus. 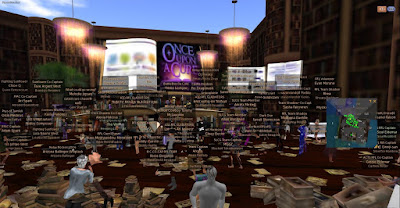 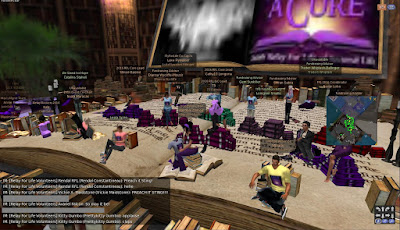 Eventually, the majority of the Committee rezzed. 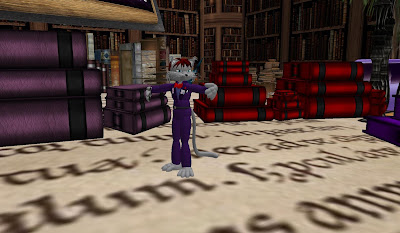 This year there was a new, and small, presence in the big chairs: Lomgren Smalls. 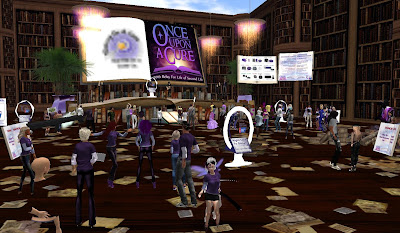 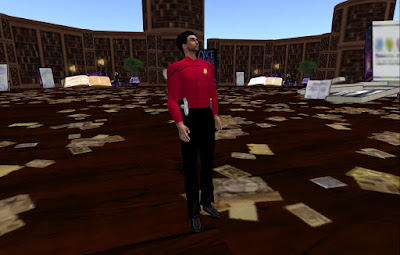 A "Star Trek" redshirt was among those there. Fortunately there was nothing around to blast, fry, beat, slime, or otherwise render onto him a horrible death. 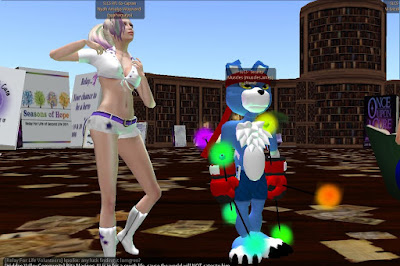 Eventually, the Kickoff ceremony was over. But that wasn't the last of the events. At 11 AM, Maxmillion Kleene performed live for the crowd, making music for donations instead of tips. 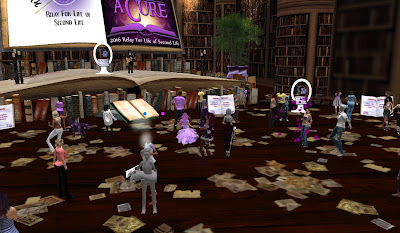 For more pictures, check out IshtarAngel Micheline's and Wildstar Beaumont's Flickr pages. For those whom missed the event, a soundtrack has been made available (Click here).