Burn2: The "Burning of The Man" 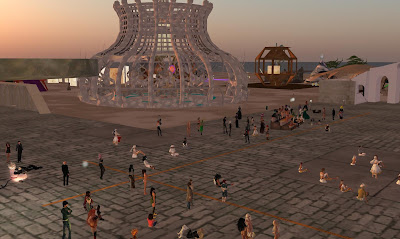 Burn2, the Second Life reflection of the Burning Man festival in real life, is the largest annual art and musical festival inworld. This year, it took place from Saturday October 15 to Sunday October 23, with the builds remaining up for several more days. The high points of the festival were the "Burning of The Man," and the "Temple Burn." 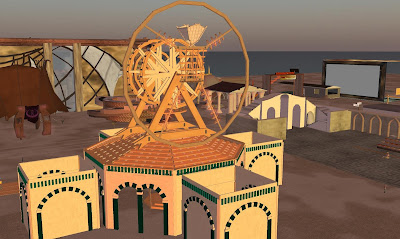 When I had first visited the Burn2 grounds, I wasn't sure where "The Man" was as he's usually standing tall. As it turned out, he was build smaller and mounted on a wheel to reflect how the real-life Man of 2016's Burning Man festival was constructed, to reflect the theme of honoring Leonardo DaVinci. In real-life, the mechanics broke down and The Man remained static. Here, the scripts remained intact and "The Man" could occasionally be rotated. 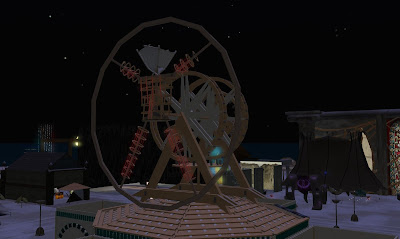 But on Saturday October 22, it was time for The Man to face the flames. As 12 Noon approached, people gathered to watch the structure get set on fire. 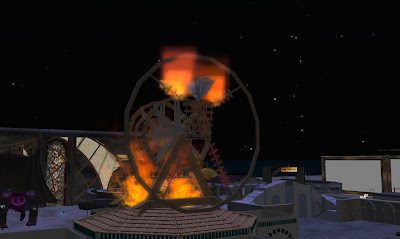 Some time after Noon, the flames finally started. 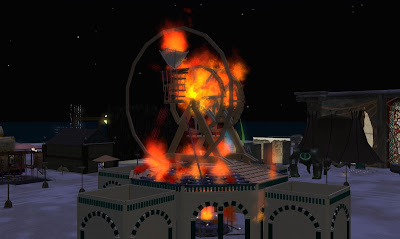 And it didn't take long for the fire to spread over the small structure. 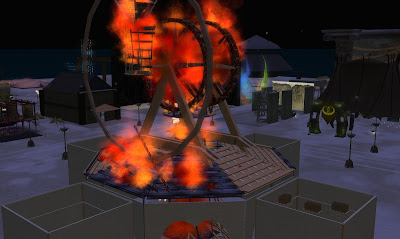 Before long, parts of the structure and the building underneath began to char. 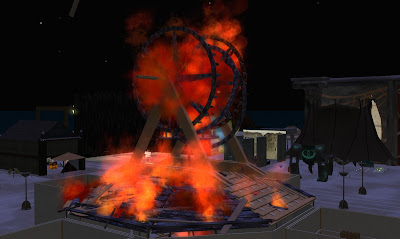 The fire began charring more wood, and pieces started to fall off. 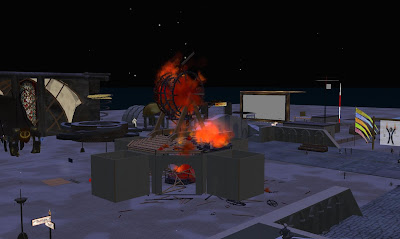 It wasn't long before quite a bit had fallen off. 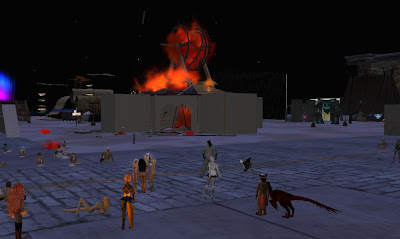 Me and the others continued to watch from a distance. 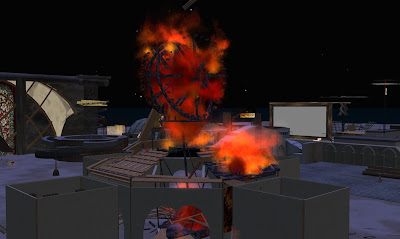 And soon, the wheel that held The Man began to crumble. 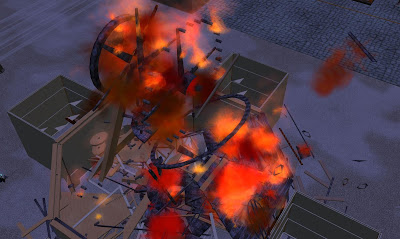 And crumble some more. 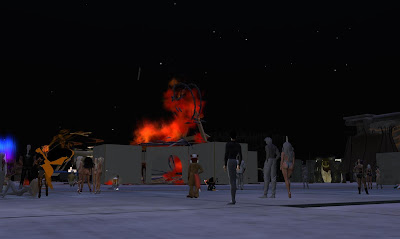 And finally it fell, on top of it's supporting structure. 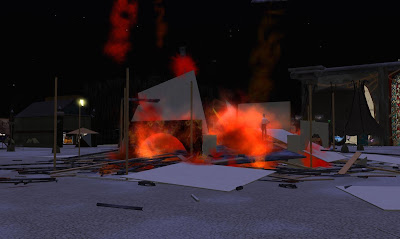 And soon that fell to the flames as well. 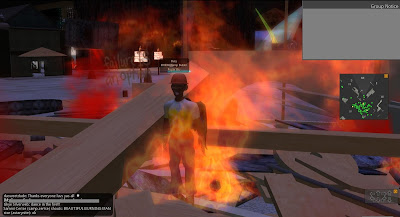 Pygar Bu of Bay City was the volunteer who checked out what was left of The Man, getting a little close to the flames. 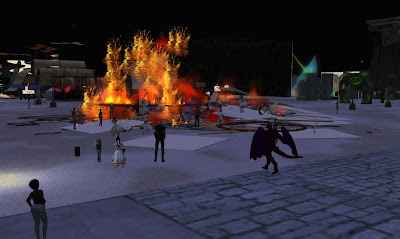 And the all-clear was given for the Burners to go into the flames. 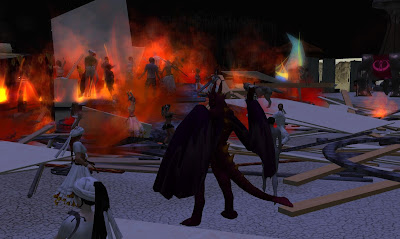 Some looked more suited to handle fire than others. 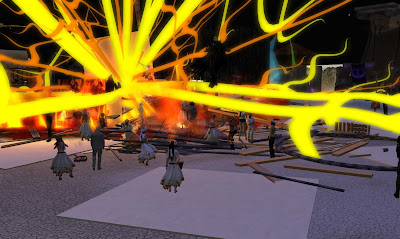 Someone set loose some kind of lightning bolt, briefly illuminating the area. After it faded, it was back to the flames on the burning wreckage and embers. I had to teleport to other events that day, but it was obvious what would happen later: the flames dying down and nothing left but embers, charred pieces of wood, and a few parts that had fallen off, seemingly untouched by the fire.

The "Burning of The Man" would take place again at 6PM. In the past, both The Man and the Temple had three burns on their respective days, sometimes called the Pacific, European, and American burns. But this time there would be only two

The following day would be the other highlight of the festival, the Temple Burn. This will be in another article.