Halloween is a favorite time of many in both real life and Second Life. It was once considered by most to be just for kids (and their parents), and limited to the United States and Canada. But in the past few decades it has become increasingly popular with adults with costume parties, zombie walks, and even dressing up in costume at work. It's also becoming an event in places at Europe and Asia. The attraction, to put on a costume whether it's to just be out of the ordinary or emerge as the "real you," or some segment of it. 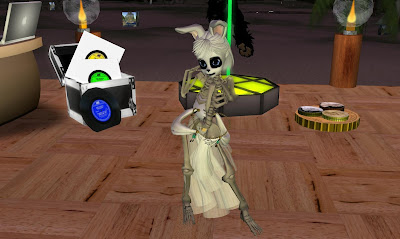 In Second Life, people can already look more or less like they want to and come here to get away from the drudgeries of real life. So some might think Halloween for most residents would be redundant. Wrong. Many take the chance to dress up as something they normally wouldn't. And of course there's always room for spooky stories and songs. So there were numerous events inworld across the Grid. 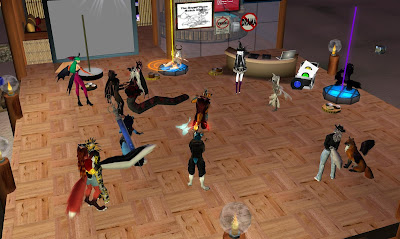 On Tuesday October 25, the Happy Vixen in the Purrfection Estates sim had their "Monsters" event, with the energetic DJ Tantari spinning some "monstrous" tunes. Among the spookier avatars there were, skeleton, naga, and vampire bat. 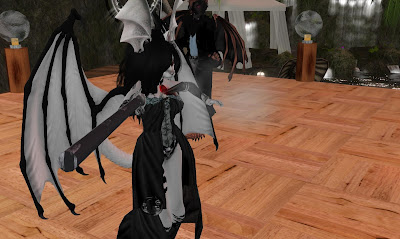 Two days later, the club would have it's "Night Creatures" event. There, vampires and bats walked (or flew) about. This one looked a bit "heartbroken." 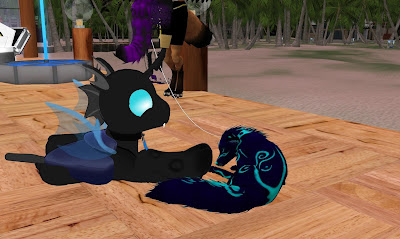 Some of the children of the night were more cute than creepy. 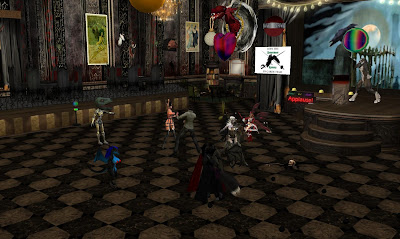 On Friday October 28, The "Green Fairy" in Ravenwood held it's Halloween party. 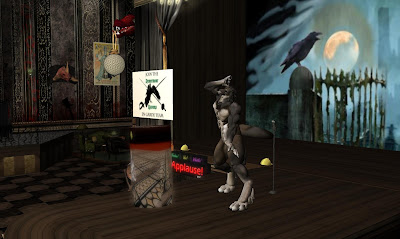 Fuzzball Ortega, the sheriff of the now gone Steelhead Estates, was the DJ for the event, having "wolfed out" for the occasion. 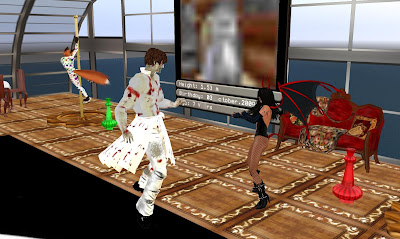 For Club Cutlass of Sunweaver Bay, the theme was "70s Night," but some people took on a Halloweenish look for the occasion. 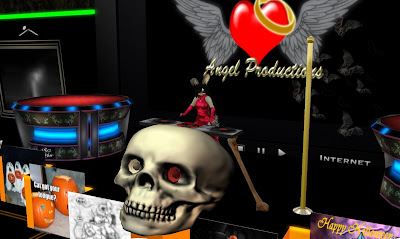 Saturday October 29 would see a number of Halloween parties. Nydia Tungsten, whom got her start in Second Life as "DJ Naughty Nydia," performed for a small party. She would dress as a character in a novel she has been writing recently. 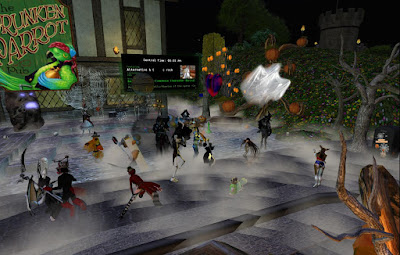 The Sunweaver community would have their main Halloween party that night, but not at Club Cutlass. Instead they put decorations around the Drunken Parrot Pub, also in Sunweaver Bay, and turned on the fog machine. 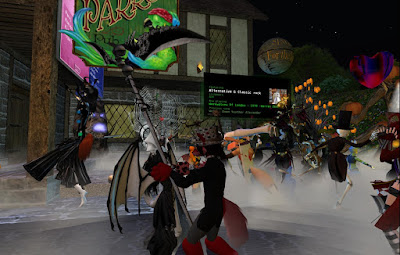 Cynthia Farshore played a set of spooky tunes that night, from "Monster Mash," to "Flying Purple People Eater," to the recent classic, the theme to "The Nightmare Before Christmas." 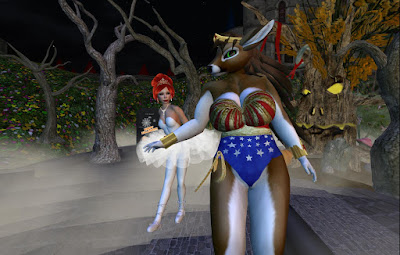 There were two 2000 Linden dollar prizes up for grabs that night. The one for women was split between Miyuki Naidoo and Dusk Griswold, pictured above in the Wonder Woman costume. 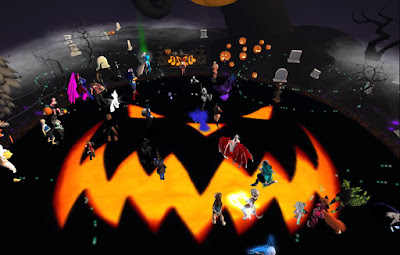 Among the other locations having their Halloween party that night was Luskwood, doing so on a platform high above the sim with a spooky jack o' lantern face on the dance floor. 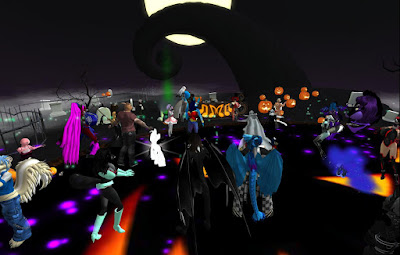 Like their anniversary event the week before, they were packed with dozens of people over. Squirrelgirl DJ Halley spun the tunes for the event. 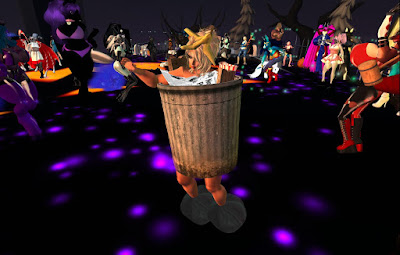 Although a "Furry" community, the one of the best costumes was that of a human avatar at the party. 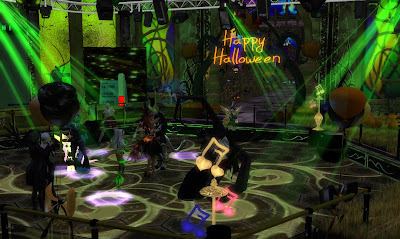 Halloween fell on a Monday, which is a slow day for parties usually, but it would see some. Safra Nitely would host a party in her sim's dancing room, which was all decorated and with spooky lighting. She would play the selection of Halloween tunes herself. 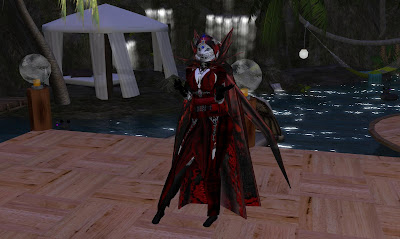 That night at 7PM SL time, the Happy Vixen would hold one more Halloween party, with DJ Khyra spinning the tunes 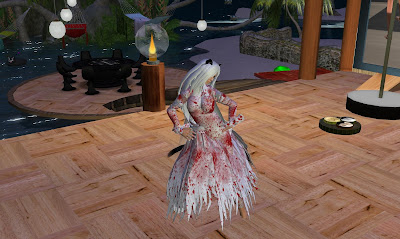 It was a small party, but one with some good outfits, such as Miyuki Naidoo's. 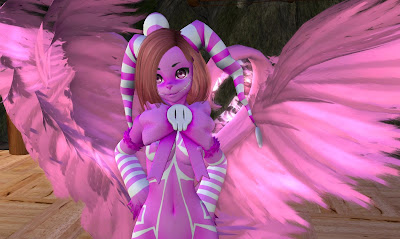 Pink is not a color usually associated with Halloween, but Marusame Ari (aka "The Pink Wonder") made it work. 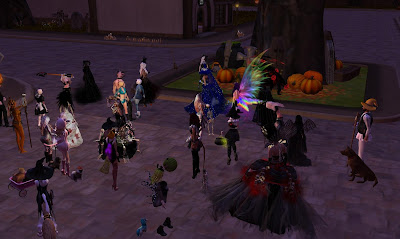 This was also the day of the "Creepy Crawl" in Second Life. We will display some of the pictures taken there later (time permitting).

It was quite a Halloween in Second Life with it's share of treats among the tricks.

*Correction* - Originally, Miyuki Naidoo and Valkyrie Ice were listed as the winners of the Halloween contest at Sunweaver Bay, but someone alerted me to the error.