Second Life rung in the New Year in Second Life from many locations. Yours truly took pictures from a few, in my home area and other places. 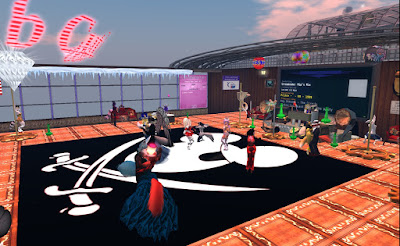 Club Cutlass held it's New Year's Eve party a night early, on Saturday December 30. At at least one person dropping by was thankful for the timing as some people would likely be at parties in real life the following night. 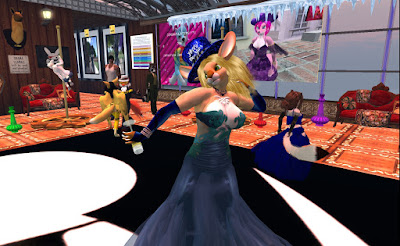 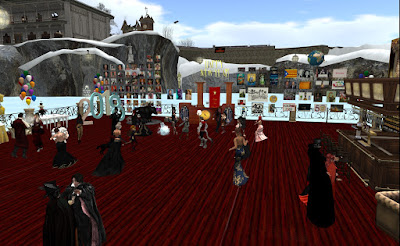 The next day, Sunday December 31, was New Year's Eve. And there were a number of events that day. Some such as the one at the Roman community I didn't get to see until they were practically over.  At Quarry Hill in New Babbage was "Ed and Vic's Big Bash." 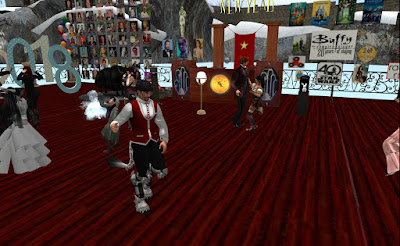 The residents of the steampunk community and friends of partied like it was 1867. 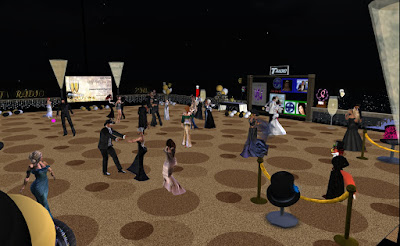 At the Legends Club in Arinultra Cay , the home of  T1Radio and Trader Whiplash, best known for his efforts in the Relay for Life, they held their "Rockin' New Year's Eve 2018". 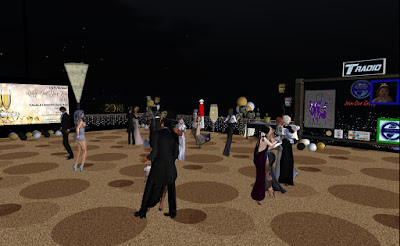 Trader danced with his partner Arizona Ballinger, and there were many other couples and others dancing as they celebrated the arrival of the new year. 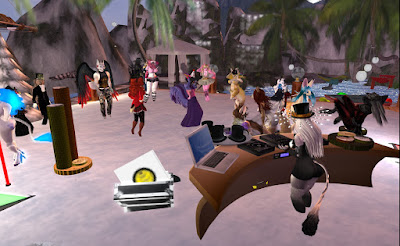 And with the Newser's home community, there was a New Year event at the Happy Vixen, with a number of people sending out 2017 with a bang. 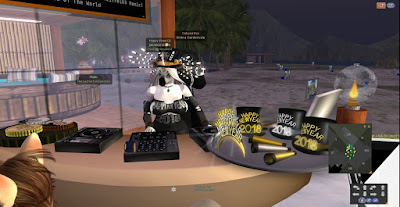 For this special event, Jasmine Dawn DJed for the crowd.

Following the Happy Vixen, Nydia Tungsten would hold a private party for the staff of both the Happy Vixen and it's sister club Zero Gravity at her residence Mouse Hole Manor in Pacific Waters. 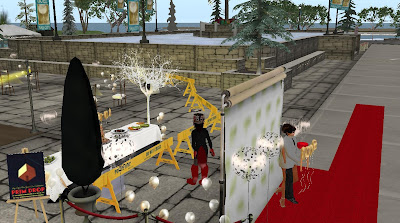 As Nydia had invited me to the private party, I sent my alt Rezzdammit to check out Bay City Prim Drop event. 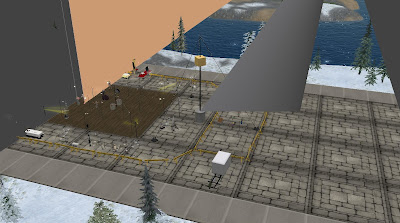 But the lag proved too much for Rezz. This was the best he could do in covering the crowd, which included Marianne McCann and April Linden. 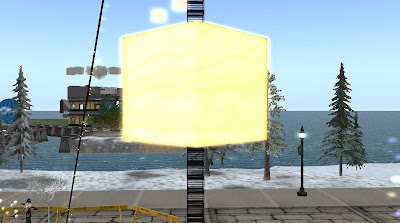 The Prim drops, with just seconds left before the end of 2017 in Second Life. 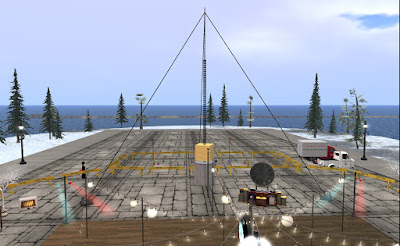 Before retiring for the night, I would check out the Prim Drop area myself. 2017 had come to a close, and a new year was upon us. A year offering concerns, and opportunities.