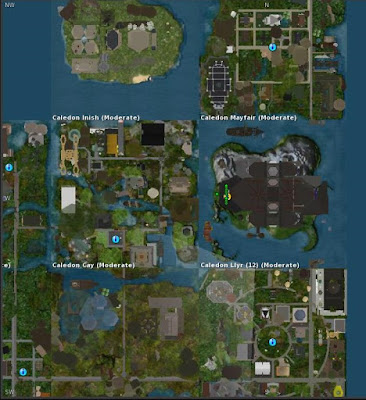 Caledon is a community and place familiar to many longtime residents, especially fans of steampunk. The place has a number of sims, over two dozen. But the land area used to be much larger. Much like Second Life in general it has gotten smaller over the years. Earlier this year, the Middlesea sim was closed down. While I heard whispers last week that another sim would be next, I didn't get a name until Saturday: Caledon Llyr. Located on the eastern edge of the estates, it was mainly a large island with a smaller island in the southwest corner and a ship off it's northern coast, water separating it from the adjacent three sims.

It turned out that the sim wouldn't exactly be vanishing but replaced. "It will be renamed, and have a new owner." I would be told later. But it still meant the old land would soon be fading away, "The sim is staying but the name is changing." 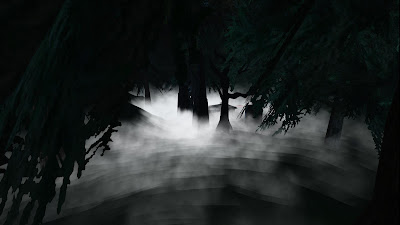 The place was permanently at Midnight, and had a spooky air to it with it's misty woods with wolf howls. Where there wasn't woods, there was often tall rocky mountains. The sim had the following description: A wild and magical land on the western border of Caledon; an explorer's last stop before sailing off into the sunset and the open sea, and (if the rumours are true) home to the infamous Black Moon Marauders. Sightings of fae are not uncommon here. 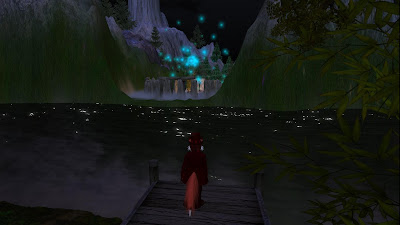 On the night of Saturday August 11, I was told by Cynthia Farshore that Caledon was having a farewell event for Caledon Llyr. But as it turned out, the sim was at full capacity when I got there, so I could only observe from a distance. 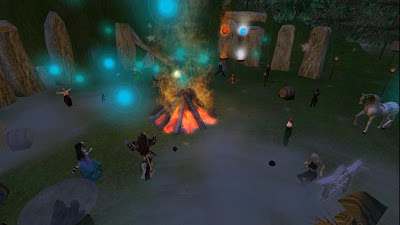 I could zoom in and take a few pictures, though. So I did. 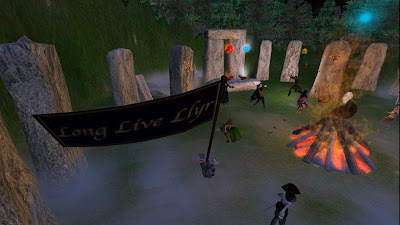 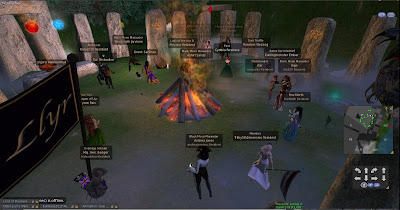 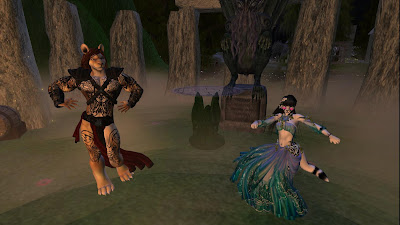 Later on, Cynthia would message me that a few people had left. So I tried again. 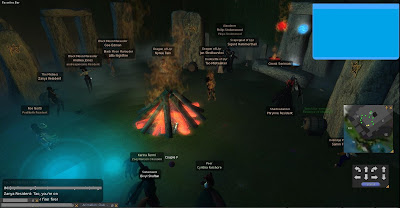 And this time I would make it over finally. 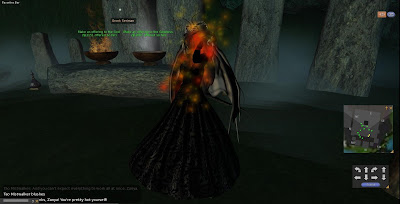 There were quite a variety of avatars present at the final salute to the sim. 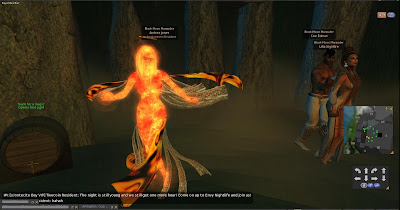 Andrea Jones was there, sporting her firey avatar from the Burnstock. 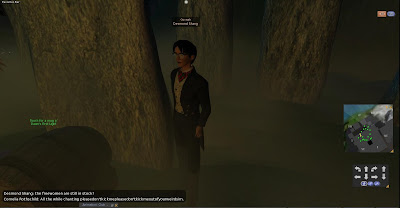 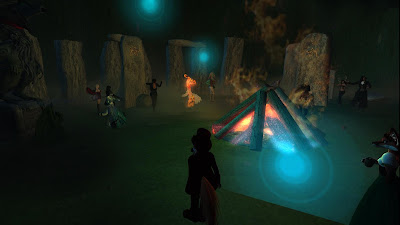 People were of course sad that the place would soon be gone, but took it in stride, one saying, "All good things come to an end.  Maybe a good thing will spring up somewhere else." Tao Mistwalker whom was involved with the sim, responded, "Balance is always maintained. And sometimes things have to come to an end so that they can truly begin." 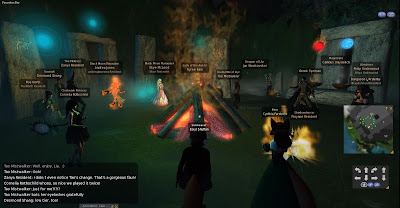 Jan Stroikavskoi spoke, "My way of saying I'm sad too. Llyr has been my second home since it first started up and it has always offered shelter to those passing through. Sig and I were married here too. ... it doesn't matter who has more.. it's the effect a place leaves us with." 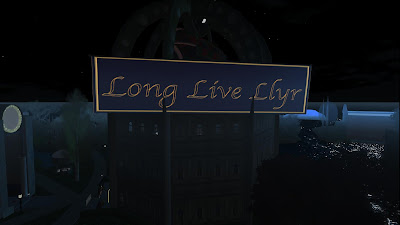 In one of the adjacent sims, a building's owner would hang up a sign in support. 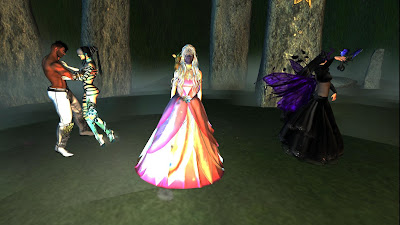 Conversation turned back and forth from jokes, to shopping, to attempts at pirate tales, to the sim being replaced by a new land, "From Des's point of view, it's stayin'. From ours, it's disappearin' and bein' replaced by a new sim." "The new owner will probably e making changes, though. Ya think?" "Well as I said when I first heard about it, everything eventually changes...it's a hard truth."

Eventually, more and more would start to leave. Tao would say, "Llyr has become an incredibly special place over the years. But as I said, that's because of all of you."

And so, Caledon had bade farewell to one of it's lands. Though as the space itself would not be going away, perhaps something special would arise in it's place.