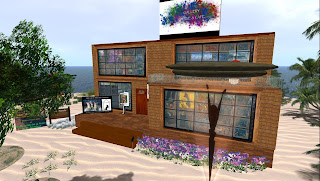 On Sunday August 5 at 1PM, the Gallery Graine in the Blue Curacao sim held it's last event. In July, it's owner Graine MacBain announced she would be closing closing down the sim and the gallery due to pressures and developments in real life and Second Life, which she explained in a reader submission to the Newser. Anibrm Jung, whose nature photography was being featured there, announced the event. 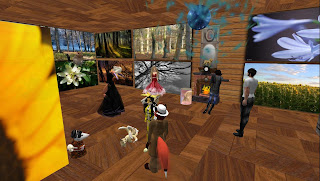 Join us at 1 pm for the closing party for ANIBRM JUNG at Gallery Graine. The gallery is closing and with it we are saluting our last exhibitor,  ANIBRM JUNG. Ani's rl nature photography is done in camera with no post-production modifications. It's just nature captured live. Ani has been our guest her at the gallery now for some time and we were proud that she made it her home. Music  provided BY the always exciting DJ CYNTHIA MAINE! Greetings Graine MacBain. 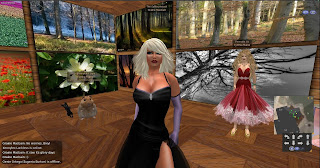 Dropping by the gallery, Graine and Anibrm had several supporters at the event whom had come to give the place one last look and wish the location owner well. "No worries," Graine told me when I mentioned the closing, "It saw its glory days."

Cynthia Maine, who DJed for the event, had "Twilight" as the final song. Graine thanked the people for dropping by, "Thanks to all for coming to this last closing event at Gallery Graine. ... Feel free to look around ... Feel free to explore, this will still be here for another day." Anibrm still had until the following morning to collect her artwork. 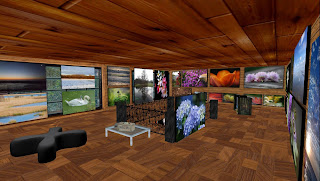 Graine had to depart once the event was done, "I hate to seem rude but I must run to real-life. ...  Thanks once more and be well!" Anibrm thanked her for the use of the place to show off her photography, "Thank you for being so nice all the time ... thank you for your kindness!" When I asked Anibrm if she had another project she wanted to mention, she answered, "Not yet, but I will let you know of course!"

And so, the Gallery Graine's last hurrah was basically over, with the remainder of the day left for anyone who wanted to to drop by to give it a final look.