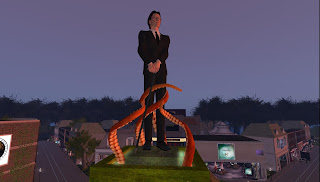 LoveFest 2018 is an annual festival in Second Life for fans of American horror writer H.P. Lovecraft. Timed to take place around the time of his birthday, this year marks the 128th anniversary of Lovecraft's birth, August 20, 1890. People were coming from around all of Second Life, and from all around the world in real life, to experience it, in the Ravenheart sim. 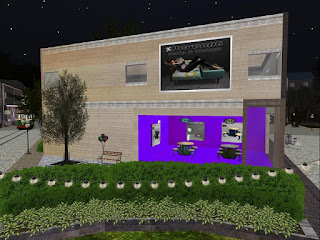 There was plenty to do during Lovefest..  There was shopping, dancing, and music at places there. There were also readings of H.P. Lovecraft's stories.  I have been to some places at LoveFest 2018.  It was a good event, although at the same time, it was scary and frightening. While it is not recommended for people who get scared easily to go there, it is definitely recommended for people who love a good thrill, especially horror fans.  There is an asylum, and it is definitely a scary place to visit.

But there are also stores to go shopping at.  At one point, I was at a coffee shop.  It is a good cafe with plenty of desert and coffee.  I also took the tram.  It took me all across the sim 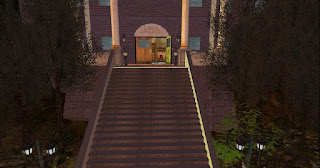 I went to the Arkam Asylum.  It was a spooky, scary place. I would definitely recommend it for anyone who would like to test their nerve to go there.  There is an adventure game called, “The Maze to Madness.” I went down to the Maze. And to be honest with you, it was not what I was expecting.  I checked it out and only saw a couple of rooms.  One is a cell with jail like feeling to it and another was a treatment room.  That was it.  I hate to tell you this but I did leave the place, feeling disappointed.  But the other areas were really good. 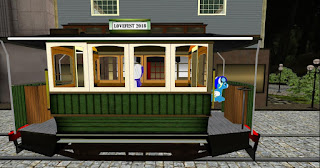 I heard that there were readings in which someone would read out H.P. Lovecraft's stories.  I also know that there were plays happening at certain times.  Don't forget the tram.  One can always take the tram and enjoy the trip.  I would really recommend that people go to LoveFest. It is celebrating the birthday of a unique writer.  I think I will go buy a book that H.P. Lovecraft had written and give it a read.  Just by going to LoveFest had gotten me curious about his work.  I don't know about you, but I'm a horror fan and would love to read Lovecraft's stories.

Deaflegacy
Posted by Bixyl Shuftan at 6:00 AM