Burnal Equinox: Eyes To The Skies

One big event in Second Life has about to begin: The Burnal Equinox. What is Burnal Equinox and how is it held? To know about that I interviewed iSkye Silverweb, Communications Lead at Burn2 and Co-Event Lead for Burnal Equinox. Here is our conversation:

Marcel: What is the Burnal Equinox mission and vision?

iSkye Silverweb: BURN2 is an extension of the Burning Man culture and community into the world of Second Life. It is an officially sanctioned Burning Man Regional, and the only virtual world Regional out of more than 100 Regional groups worldwide.

This unique virtual Regional spreads the culture and Ten Principles of Burning Man year-round in Second Life by holding several events during the year and culminating in an annual major festival of community, art, and fire in the fall, nicknamed "Octoburn," which is a virtual echo of Burning Man itself. 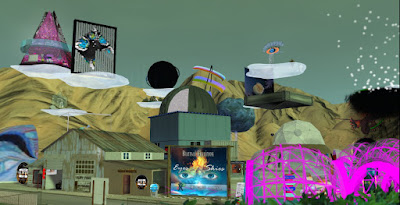 Marcel: What is the aim of this event?

iSkye Silverweb: The aim of the Burnal Equinox event is to bring together creatives to build and create music around a specific theme. This year's Burnal Equinox theme is "Eyes to the Skies", a looking up to the stars - what is out there? Friday we celebrate Yuri's Night, the anniversary of the first human launch into space. The builds you will see around the playa on Deep Hole will reflect various artists' interpretations of this theme.

Marcel: Who is the avatar behind the idea of Burnal Equinox?

iSkye Silverweb: Burnal Equinox was originated organically by the Burn2 planning committee - it was a collective decision, not one of any single avatar. The theme was selected by the committee and then three posters were chosen by the BurningMan 2.0 community to represent the event. The posters are embedded here: 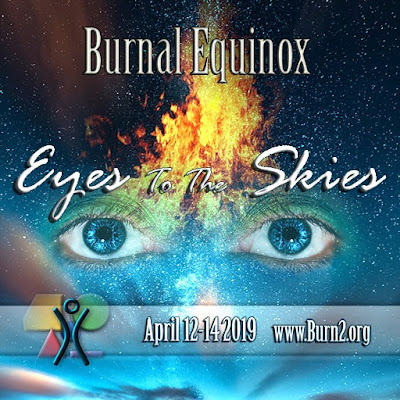 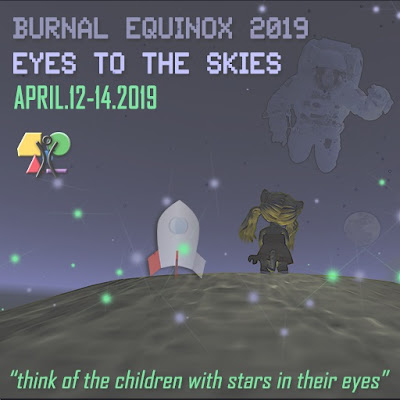 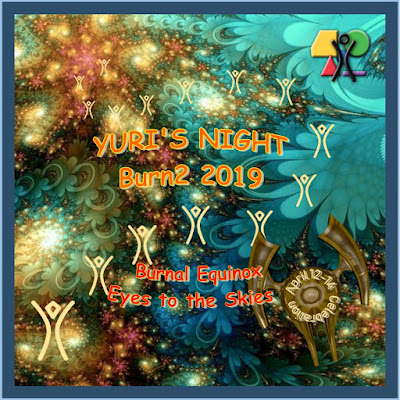 Marcel: Is there a real-life event or history inspiring you to organize this event on SL?

iSkye Silverweb: Burning Man started in 1986 with a group of friends burning a stick man on Baker Beach in San Francisco. Soon after, this became an annual tradition attracting large crowds, and the event was moved to the Black Rock Desert in Nevada.

Today, tens of thousands trek to the dry lake bed and set up camps in a temporary city that disappears without a trace after a week.

The Burn2 community centers all its activities around the Ten Principles of Burning Man.
All events are temporary, and at the end of each event, creatives leave no trace on the virtual playa; everything is cleared off and the playa is back to its pristine dry lake bed state.

Marcel Mosswood
Posted by Bixyl Shuftan at 6:00 AM