Thursday September 29th was Press Day for the Burn 2 sims. Although they were closed to the general public, those in the press group could drop by. And so yours truly dropped in for a short look around. 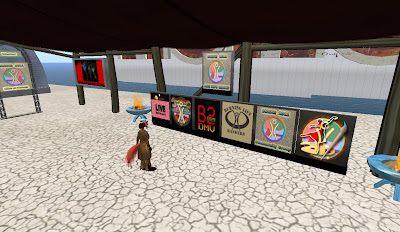 Dropping in via the LM for Burning Man Deep Hole (224, 92, 25), there was some information nearby on the various groups involved. 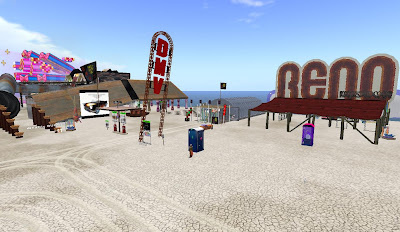 And walking away from there, it wasn't long before I was in the thick of the Burn. 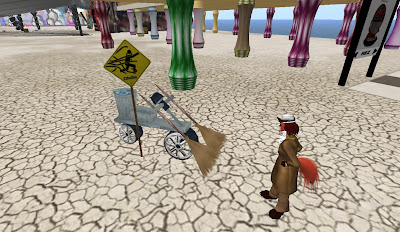 Cthulu in the desert? Unlikely. 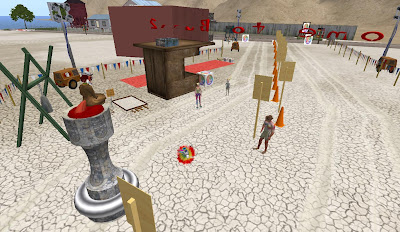 I soon ran into someone, who told me there were dispensers for rezzing vehicles for anyone to ride. But the one she pointed out to me were chess pieces. The rook I got was difficult to steer, but I managed to find Ranger and fellow newser Gemma Cleanslate, and a few other Burners, "Welcome home." 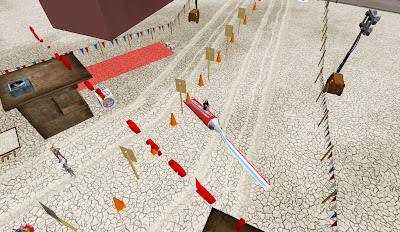 A burner shows off another vehicle: a backwards tube of toothpaste that leaves a trail as it goes. 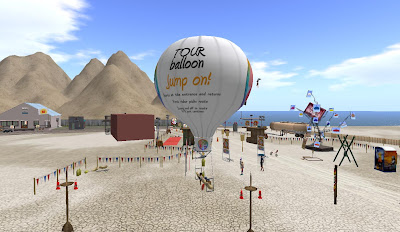 A tour group had been planned, but apparently the guide had been held up by real-life matters. Gemma suggested I take the tour balloon out for a spin. 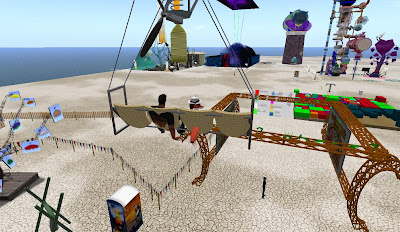 The balloons hold up to four, and one can hop to them from the ground. They slowly move about a path through the sim. 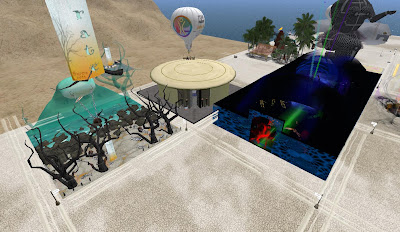 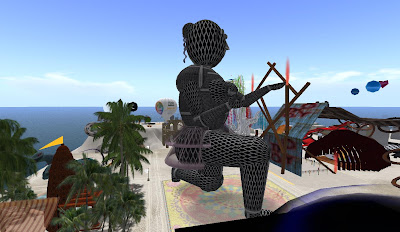 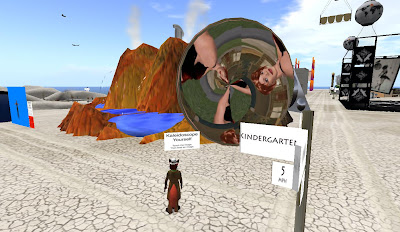 Yours truly crashed, and returning to the Grid, found this unusual exhibit. Apparently if you touch it, you can load a picture, your profile pic encouraged, and the display swirls it around, giving it a "kaleidoscope" effect. 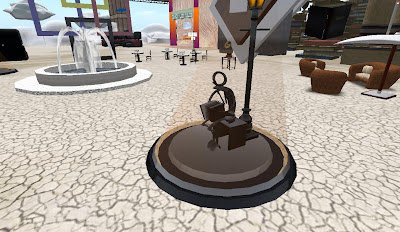 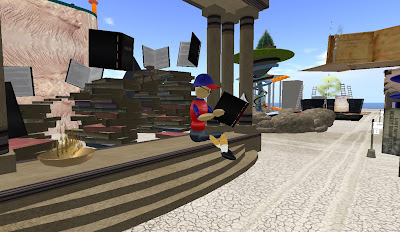 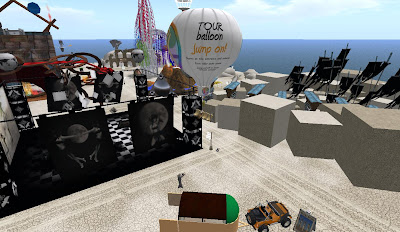 I soon found another balloon drifting overhead, got onto it, and was on my way again. 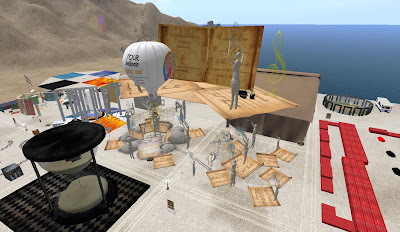 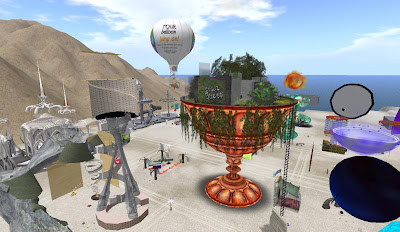 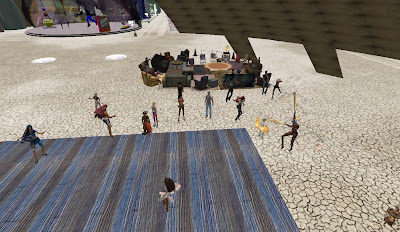 At 5 SL time, the Burn2 Art Department hosted a party at the Party Center Camp, with numerous artists and others involved in the Burn. Gemma was among those there. 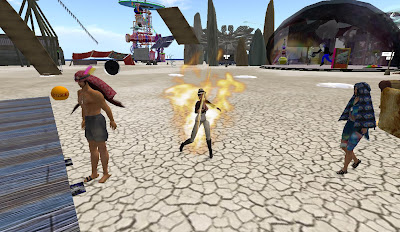 One of the Burners becomes aflame with a freebie animation she says she got as a newbie. 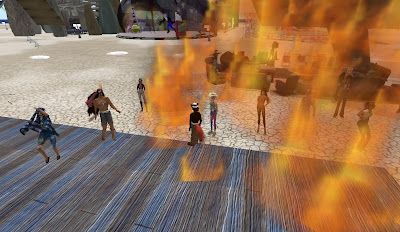 And it wasn't long before larger flames went around. 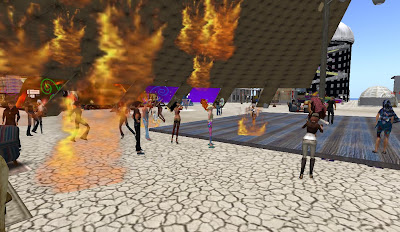 Musician Tukso Okey provided some music for the party until about 6 SL time. At 6:30 was the final event of the day, the Lamplighters Procession, where people were invited to "Come drum with the Lamplighters."

After that, the sims were closed to the press, at least temporarily. On Saturday October 1st at Noon, the Burn2 festival opens to all.