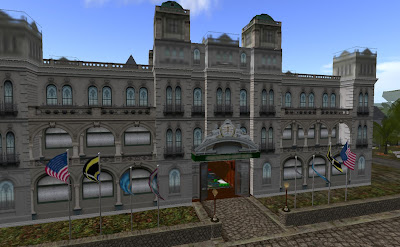 Friday Night, November 9, was "Guy Fawkes Night" at Steelhead. Guy Fawkes Day is a British, and not an American holiday, and it was actually on the Firth of November. But with their mad scientists and their love of making things go "bewm," they didn't feel the need to make any excuses, "pretend it's the 5th of November, and dance away under the town hall." "Bring your revolution masks and some dynamite." 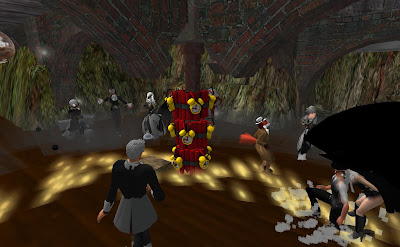 So instead of at the usual location at the Steelhead Ballroom, the party was held in the town hall basement. Fuzzball Ortega was the DJ that night, with the central feature being a support pole rigged with enough dynamite to blow the place sky high. 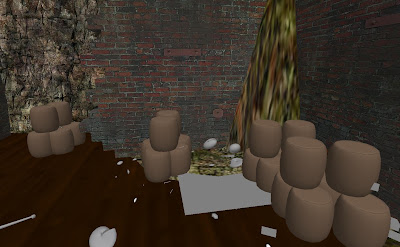 And of course they remembered the gunpowder. 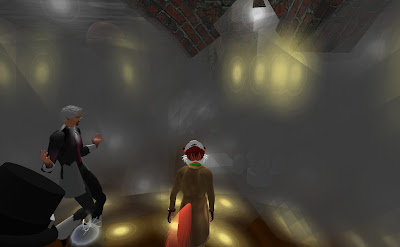 Occasionally something would go off with a boom, and fill the room with smoke. Luckily the dynamite was unaffected. 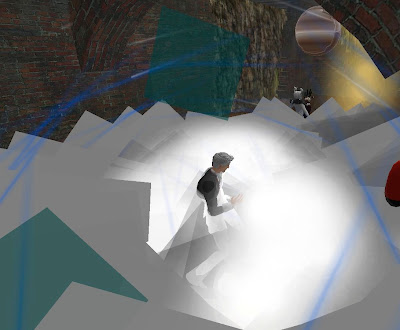 The tip jar Fuzzball was given was also prone to explosions. The lycan was unhurt, though his hair was a bit gray from soot and his outfit scuffed up a bit. 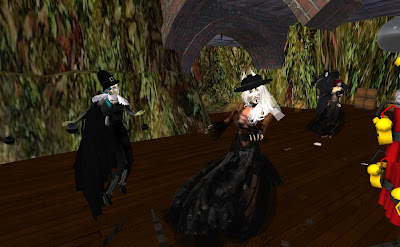 And as invited to, some Steelheaders showed up in their Guy Fawkes masks. No sign of any "Occupy Steelhead" though. 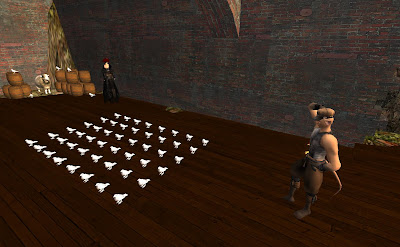 Besides the gunpowder barrels and dynamite, someone brought a flock of pigeons. 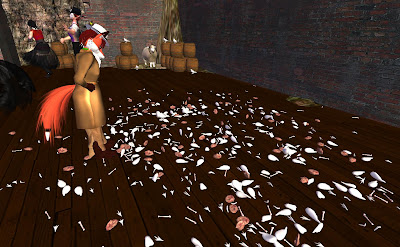 But with all those explosions, the results were most "fowl." Meat and feathers all over the place. The Steelheaders cheered for more, and a certain Fox Reporter was drooling.

The party went on for two hours, with Fuzz playing a variety of 80s fare and sci-fi hits, such as "Weird Science." After Fuzz bid everyone well, everyone went their separate ways, though yours truly borrowed a few sacks to clean up the meat, leaving the feathers for pillows. 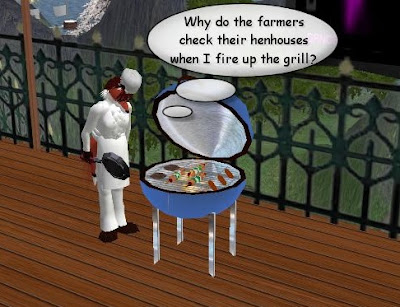 And just what does a Fox with a brain and opposable thumbs do with lots and lots of poultry meat?

Thank you Steelhead! The Newser crew and my sweetheart Jasmine will be eating well for a while.