Burn2 Burning of the Man

On Saturday November 3rd, the begining of the end of the Burn2 festival took place with the Burning of The Man. The event took place at 4AM, Noon, and 8PM SL time. SL Newser was there for the Noon burning, and some pictures were taken. 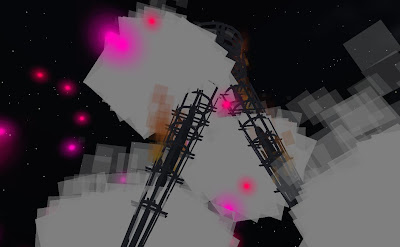 Because of the dozens of people watching in the adjacent three sims, the lag could make it difficult to see at times, making the smoke from the fire even more obscuring than it was. 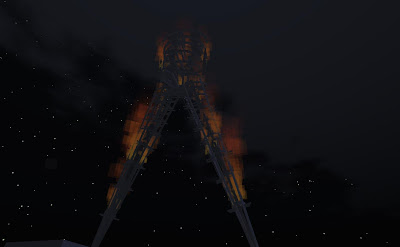 When the smoke cleared, momentarily, the head and torso had fallen. 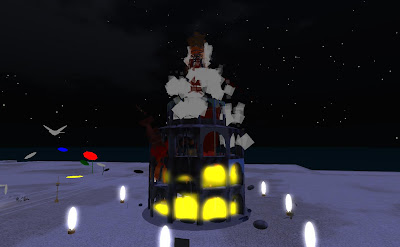 Then a yellow glow came from below, more fire with a different glow (colored by chemicals?) 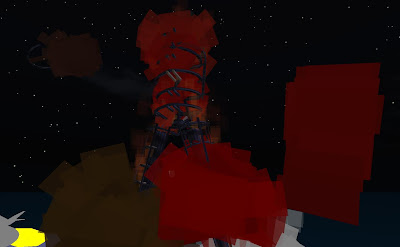 Fire consumes more of The Man. It won't be up for much longer. 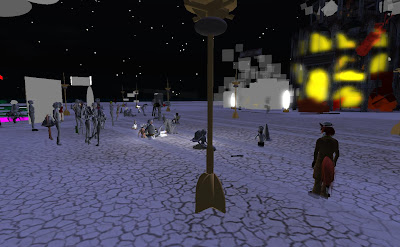 People watching the burn. Note how many are gray due to the lag. 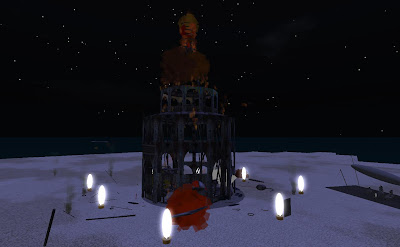 The fire dies down some, but The Man is blackened from flame. 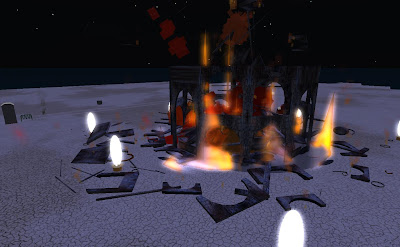 And it starts to crumble onto the desert floor. 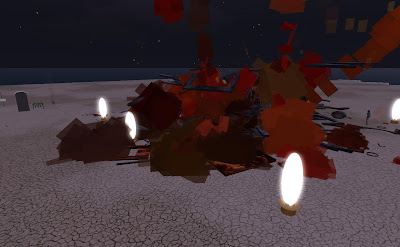 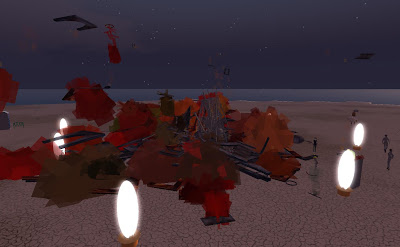 Eventually, the sim is declared open for all who want to climb on what's left of The Man. 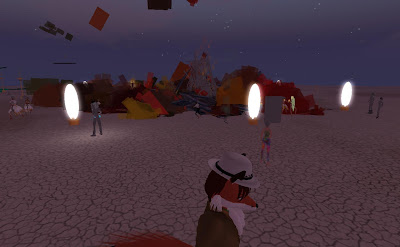 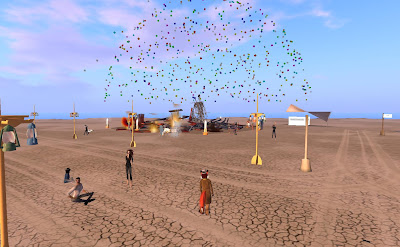 Dawn arrives as the virtual sun rises on the Playa, and people celebrate. 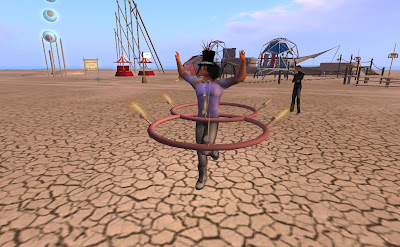 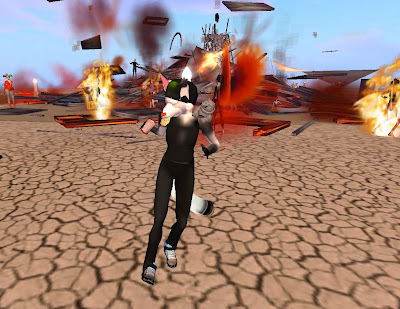 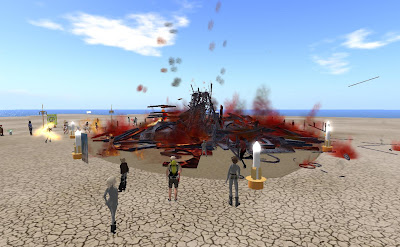 Some partied on for a while. Others left to other places at the festival or elsewhere in Second Life.

And for a video, here's a YouTube by "Apmel,"courtesy of Daniel Voyager. Daniel also had some pictures of his own of the burning on his Flickr page.