This weekend, Gemma spent some time at the 7Seas' Fall Fishing Festival.  Having earlier sent a story to tell about it just as it was starting, she sent a number of pictures as the weekend went on. 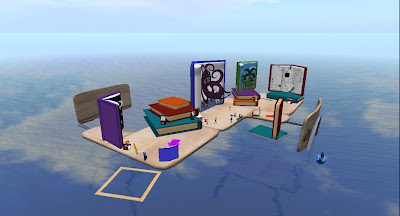 Much of her time was spent at Party Island in Osimia, There were "contests held at the party island which is built like children's school desks." 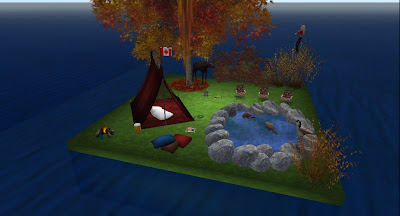 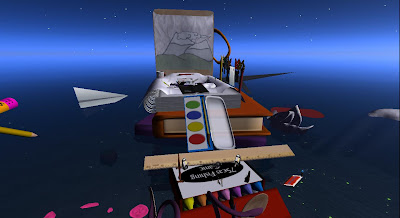 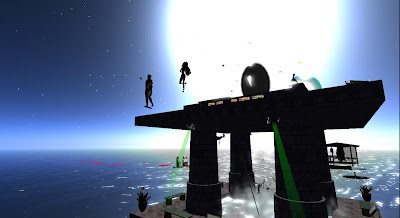 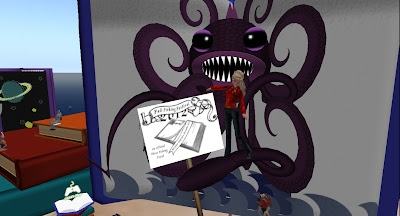 Gemma in front of one picture on the island 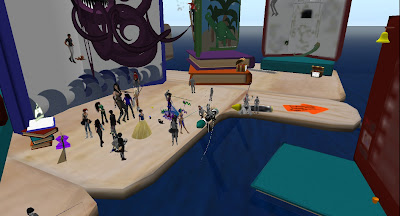 People were both dancing to the music ... 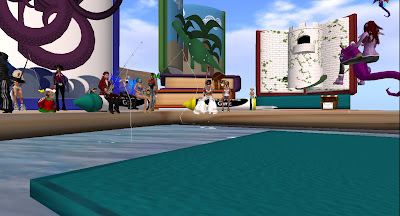 And quietly sitting down to fish 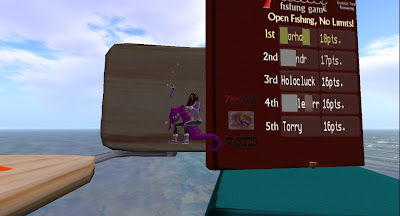 Gemma had a number of people competing with her. Among them was Holocluc Henley. 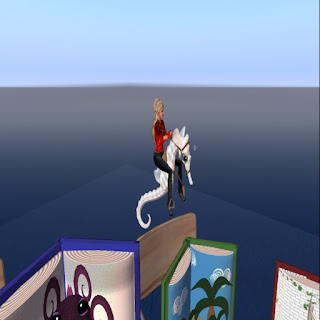 Gemma won at least one contest. Her prize: a rare seahorse.
The location of the party island is: http://slurl.com/secondlife/Osmium/136/127/25/

Pictures by Gemma Cleanslate
Posted by Bixyl Shuftan at 6:00 AM