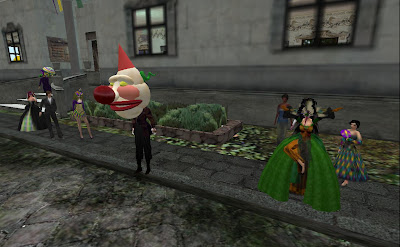 On Saturday February 9th, "Fat Tuesday" came to Second Life a little early. At the New Toulouse sim, there was a Mardi Gras parade with a number of floats going down it's streets.  The parade started at Noon SL time, and the sim was crowded with over forty avatars present. There was also at least one balloon. 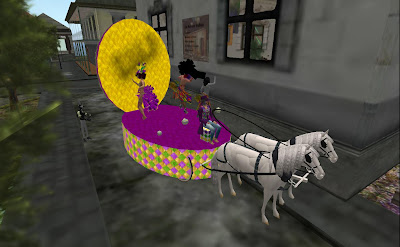 New Toulouse describes itself as "a private estate community based on the American City of New Orleans" from the years 1900 to 1925. The sim has a number of shops and clubs, in addition to a few vampire and magic role-players. 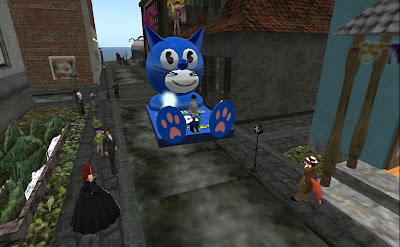 The floats this reporter witnessed were from one of the clubs, or referred to zombies or vampires. SL personality Holocluck Henley was among those in the parade. People around were dressed for the occasion in period clothes, as well as wearing festive masks. 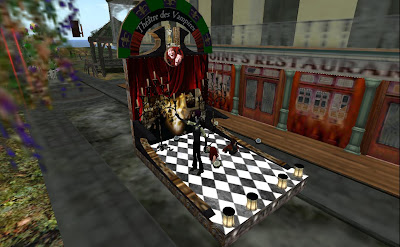 With so many avatars present, there was quite a bit of lag. And so the progress of the parade was slow at times. And this reporter crashed a few times while there. But the people were in high spirits, celebrating Carnival as only Second Life can. 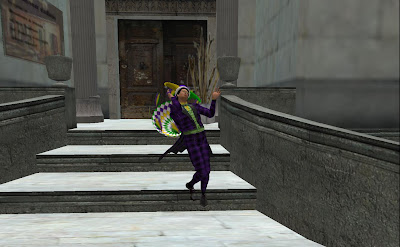 Mardi Gras is celebrated mainly in Catholic countries. Originally called "Carnival," it is the last day before the season of Lent begins. So "Fat Tuesday," as it came to be called in French speaking areas, was the last chance for people to eat fatty foods before having to give them up when the Lenten season started on Ash Wednesday. Read more here: http://en.wikipedia.org/wiki/Mardi_Gras