Reflections of 9/11 in Second Life 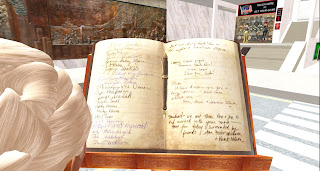 I wrote in the guest book at Aero Pines Memorial  Climb, “Gemma remembers the second plane hit in shock. “ September 11 is indelibly in the minds of those who remember that day and lived through it on new media . Every year there are lovely memorials in sl to shadow those held in rl at the original site in New York City , at the Pentagon and at other places . The USA is recalling that disastrous day when three planes carrying terrorists tried to attack our land. So many died leaving families and friends mourning nd a nation aghast and mourning with them. 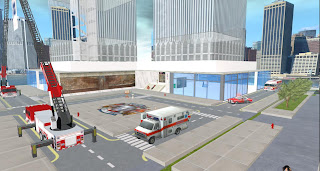 “In 2007, the New York City medical examiner's office began to add people to the official death toll who died of illnesses caused by exposure to dust from the site. The first such victim was a woman who had died in February 2002 from a lung condition.In 2009, a man who died in 2008 was added, and in 2011 a man who died in 2010.” Many first responders still suffer illness that are debilitating. As you can see from the countries affected, this is really an international event although it was on our soil. It is nice to see people from around the world visiting these memorials and participating.
Aero Pines Park rangers and firefighters  sponsor a 9/11 tribute to fallen firefighters every year and gives you free gear to wear on the climb.There is a kiosk with information of how to donate to firefighters organizations . The buildings  will be there until the 12th if you would like to visit it.  Equus (45, 229, 23). I spent some time watching the video of the firefighters in the buildings talking into radios , climbing stairs, looking for people to help. I chatted with an avatar in a naval uniform .pepinnery told me that two days after that infamous day she enlisted in the Navy for 2 years. 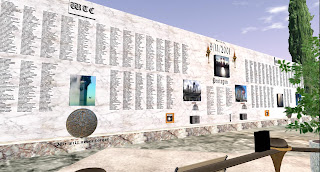 I stopped over at Stagg Island also. I was trying to find out about events there because I recalled last years wonderful tribute but learned that the owner of the memorial was not available this year in order to plan events. Here you see the names of all the victims on the walls, the twin towers, airplane victims, and the Pentagon. This is a permanent memorial that you can visit anytime. There are viewers on the walls  where you can look at images captured from that time: just click them. Try the night view to see the beauty of the whole memorial. Remember to get the souvenir bell. The setting is lovely , high above waterfalls the marble glistens.  STAGG ISLAND (13,153, 37).

I am glad I was able to start my day doing this as a reflection  of September 11, 2001.
Gemma Cleanslate
Posted by Bixyl Shuftan at 6:00 AM