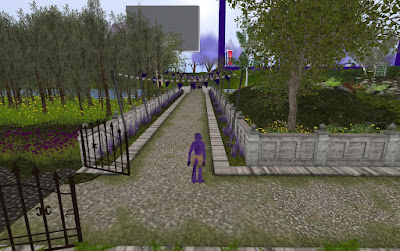 On the weekend of Saturday March 4, and Sunday March 5, the Relay for Life's official fundraising season officially began. Although the Kickoff is usually the first official event in a Relay season, this time the opening event for "Paint Second Life Purple" was the day before. So on Saturday I got my purple otter avatar, which some might remember from an earlier event, and headed over American Cancer Society Island. 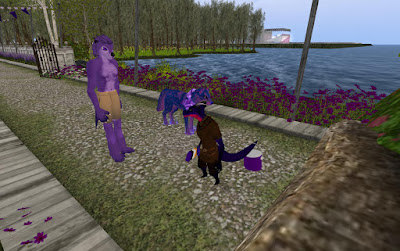 I headed to RFL Purple, the temporary sim next door. But at first, the sim was blocked to me and a few others. Probably because there were already a number in. 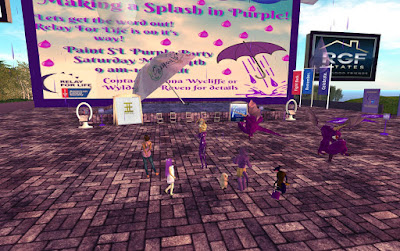 But after out concerns were aired in group chat, we were able to get in. 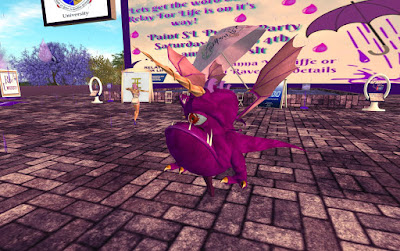 There were a couple "one eyed one horned flying purple people eaters" around. Fortunately no one, purple or otherwise got chomped. 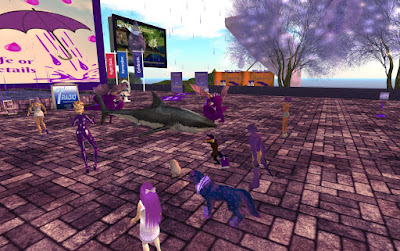 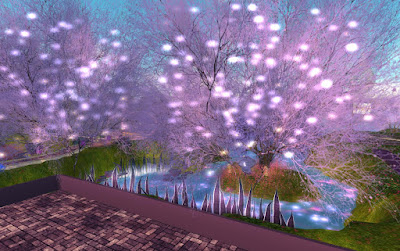 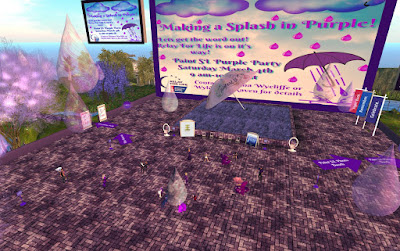 And yes, there was "Purple Rain." 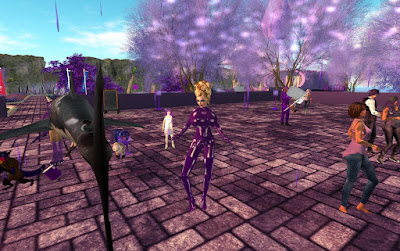 Madonna was there, sporting a purple version of one of her rubber suits. 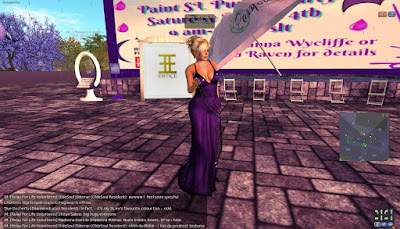 Gemma Cleanslate was there in her purple dress. 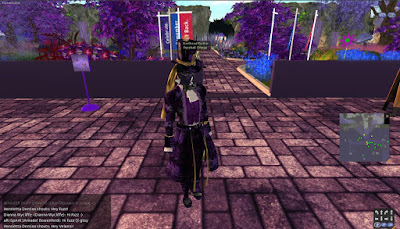 Fuzzball Ortega was there, in the purple skin he once wore for a long time after the Relay season as part of an avatar challenge. 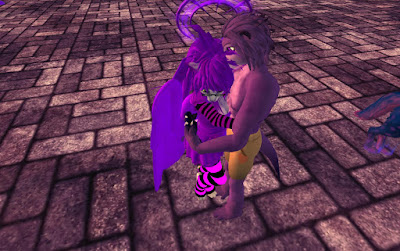 ShadowRene Ivanova, one of my Sunweaver neighbors, was there as well. Here she is giving the otter a hug. 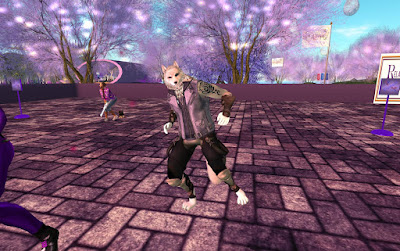 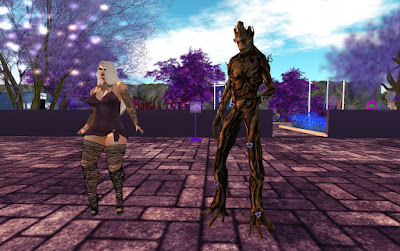 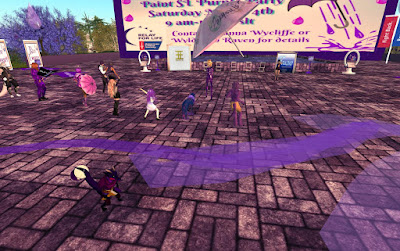 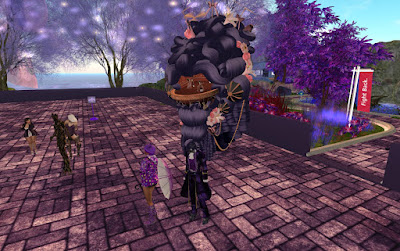 And yes, Fuzzball brought out "The Hair." 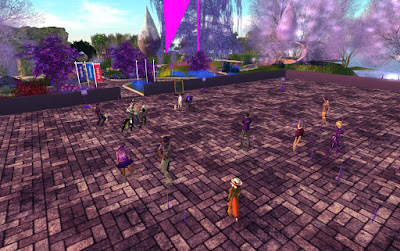 The first few hours events were by Team Shadow and Team Strange Journeys. But others would have events throughout the day. Purple Tears would hold the last event at 8:30PM SL time. 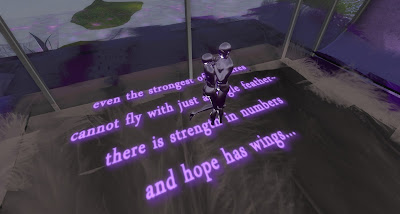 Wildstar Beaumont would also take a number of pictures, posted on his Flickr.

Much would happen that weekend. Many teams held events, such as parties, formal dances, paintball matches, and more. There was the Fashion for Life. And of course there was the Relay for Life season Kickoff, which was the following day on Sunday March 5.