The Relay for Life Season Kickoff 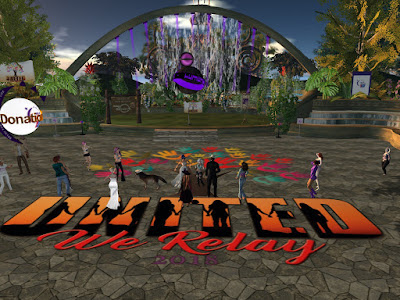 At 10AM on April 7, 2018, the official Relay for Life in Second Life fundraising season officially began with it's "Kickoff" event. The event had been anxiously awaited by it's volunteers since the end of the last season in August. But this year was different in that the Kickoff was in April when for the past several previous seasons it was in March. This shorter than usual season was part of "Project Relay Refresh," aimed at revitalizing the Relay after the past few years shown high but declining fundraiser totals. The Relay Refresh aims to change that. 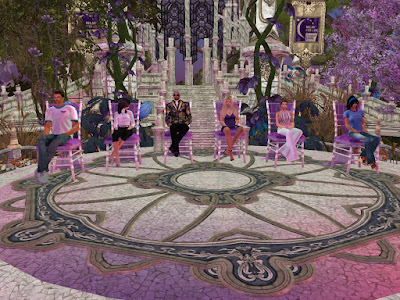 "Welcome to Relay for Life Two Thousand Eighteen," Stingray Raymaker greeted the crowd, "It is a completely refreshed relay ... I love the attitude that we've had for the last few months coming into this Relay. I would have to say this is a completely refreshed Relay with a fresh heartbeat. I will say also that last summer I spoke at the wrap-up ceremony, committed to you that we need to refresh our Relay in order to position us for what's yet to come. We had to simplify. We must shut the door on old traditions. It's hard to do sometimes. But some traditions fade, and we pave the way for new traditions. Open our minds to new ideas. We must embrace people, and their willingness to help, in order for 2018 to be the bridge between the past and the future. This is a bridge year. We have to change our mindset from being an event filled with individuals or teams who are competing for a prize to a mindset of being one team: Relay for Life of Second Life. One team working together with one common goal, which is a world where cancer is no longer relevant. It's touched too many of our lives for that not to be our real goal. And the only way we're gonna do it is to work together. The entire Refresh mindset starts with our core values and every decision that we have made from the summer of last year and into the future is guided by and aligned to those core values." 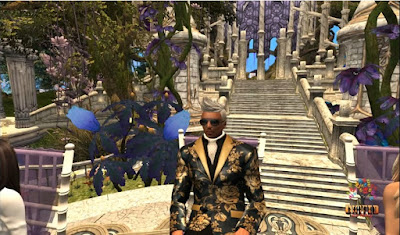 Stingray would speak further, as did Nuala Maracas, Random Padar Darrow, Nikki Mathieson, and MamaP Beerbaum. Frolic Mills would also say a few words about his recent recover from cancer, "My therapy was we are going to give you chemo to make you very very weak and then burn your throat. I am in remission but that is a savage way to become a survivor. They destroyed my cancer, they did not cure my cancer. The fight is far from over. I had the most modern treatments anywhere in the world, but its still not advanced enough." 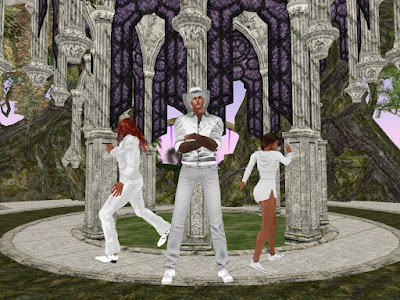 There were also some performances on stage before and in the middle of when the Committee and Frolic spoke. 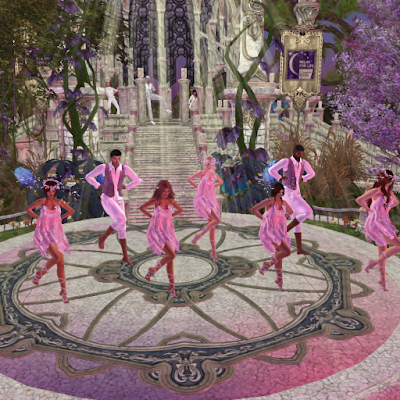 The stage was designed by Royal Shippe. 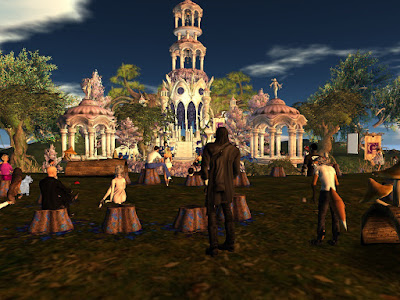 MamaP concluded the opening ceremony, "Let’s hand it to our teams.. Our ONE team, UNITED, called Relay For Life of Second life by playing loud and proud the Parade of Teams. GO RELAY!"

(Click here to view the video of the opening ceremony) 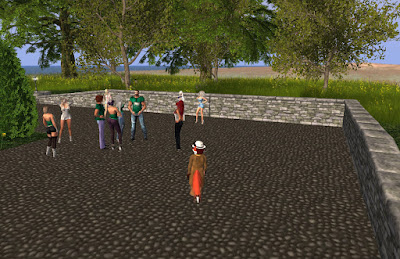 Yours truly couldn't get in the two sims where the Kickoff was taking place, RFL Kickoff 1 and RFL Kickoff 2, the former having over eighty residents. So I listened over the stream with a few others while Gemma Cleanslate took a few pictures (seen earlier in this article). They told one another survivor stories, "My Dad has been gone 22 years this year . The night before I got married his hair started falling out and he went and got it shacved off.. My groom, brother and groomsmen all went that morning and went bald with him." 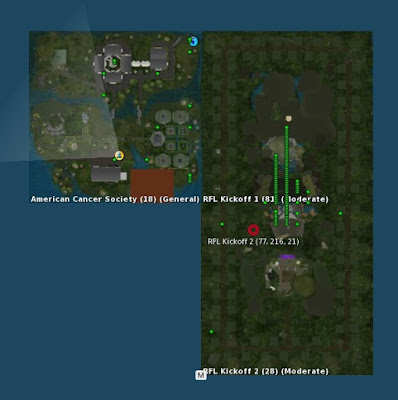 Some would give stories over the main volunteer group. Bain Finch stated, "Like all of you, I joined Relay For Life to find support for the things I was struggling with, but what I found was totally unprepared for. I did find what I was looking for, but also found something I never expected. Trough all the tears of laughter and hardship expressed, found a group of people that defeat and failure is not in our vocabulary. I found a group of people, that no matter how harsh their lives are, will in a heart beat, lend a hand of support to another, even when their basket of needs are near exhaustion. I found a group of people willing sacrifice everything to help another. I found the possibility that things can be better than they are now. To keep fighting, to keep working, to keep striving to make things better, even if our efforts seem futile, even when they seem futile for a long time yet to come, and keep pushing, that all will be well, even when we know for a fact, it will not be so. I found the true essence of HOPE." 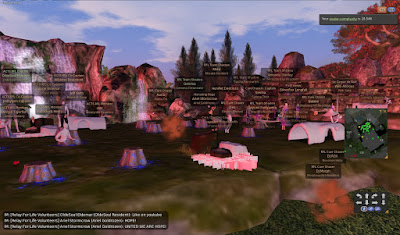 But eventually I did get on, though the ceremony was over. 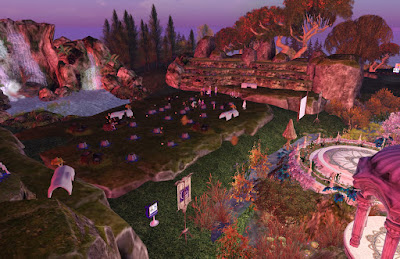 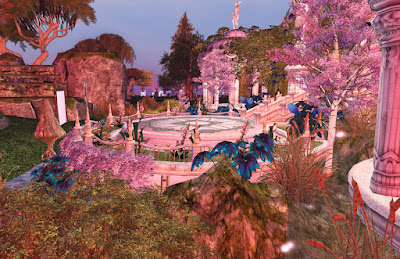 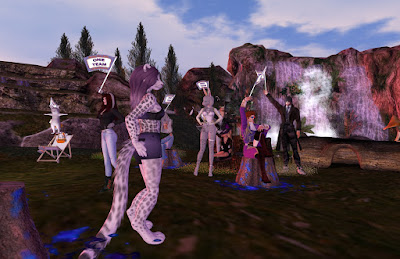 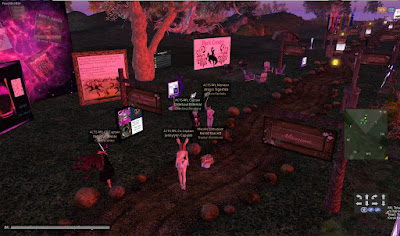 I would then take a look at the various camps of most of the teams. 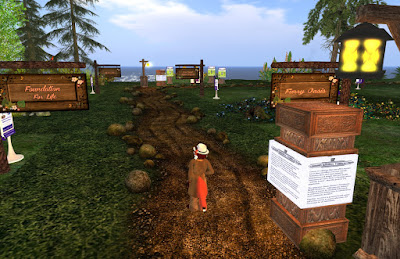 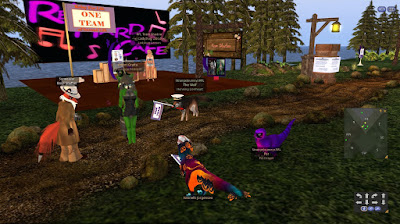 I did hear that several teams were not represented in the track. Among which were my own, the Sunbeamers. They were mentioned in the ceremony, though. 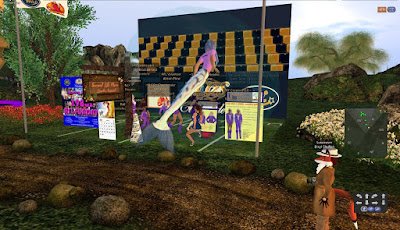 There were established teams, such as the Second Life Cheerleading Squad. 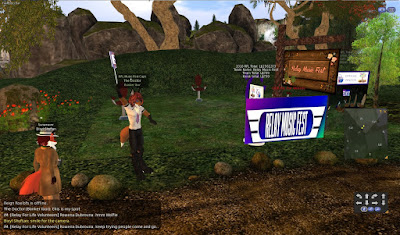 There were some new teams, such as Relay Music Fest. 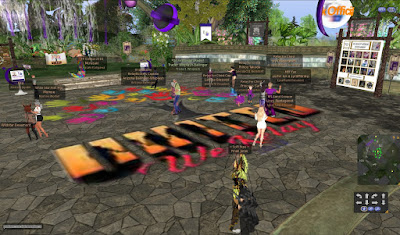 Just south of the ceremony stage was a central dance area, where people could dance. 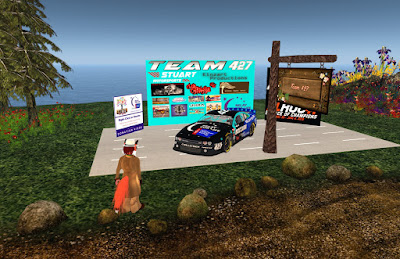 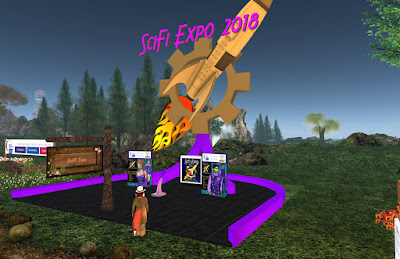 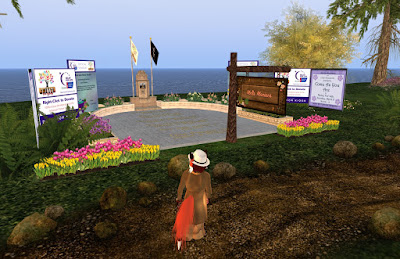 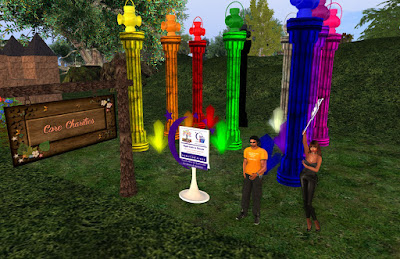 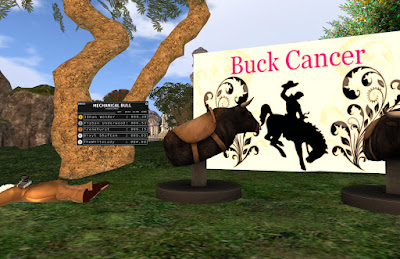 Team "Buck Cancer" had a mechanical bull. Even with several tries, I couldn't get much longer than five seconds. 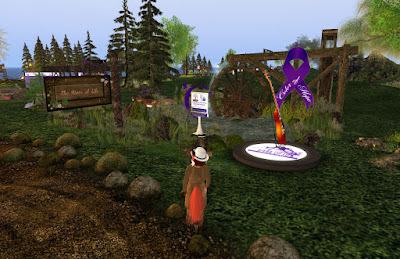 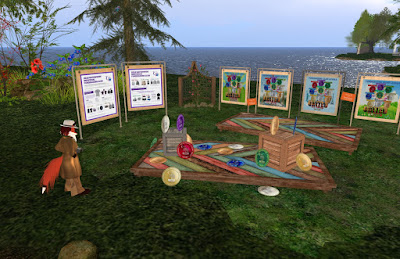 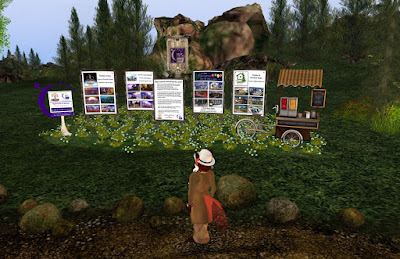