Scenes From The Newser Anniversary Party 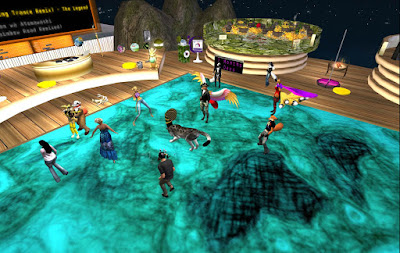 On Saturday June 1, the Newser celebrated it's ninth anniversary party. Although the actual anniversary date wouldn't be until June 5, the party was held on the Saturday before so more people had a chance to attend. So from Noon to 3PM, we all danced to a little music. 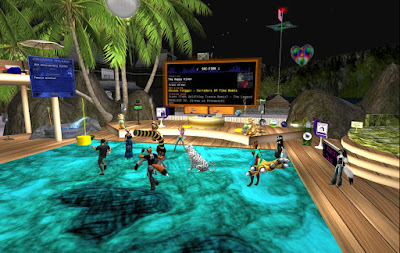 The event was held at the Happy Vixen, the beach club of the Sunweaver/Angel community, where the Newser has it's office building. The club is in the Purfection Estates (the sim got it's name before being handed to it's current owner).

The DJs for the party were Grease Coakes and Snowbuns (Skylark Lefavre), and the club is owned by Nydia Tungsten, longtime friends of the paper. 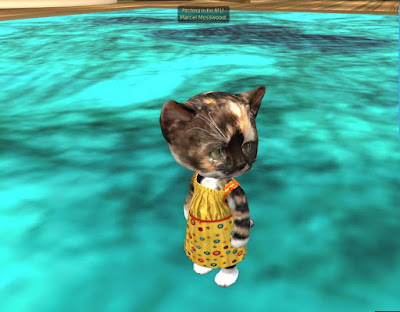 Marcel Mosswood was there, as were Gemma Cleanslate and Deaflegacy (I didn't have good close-up pictures of them).

For those whose picture I didn't get, sorry, but it was something of a dizzying day. 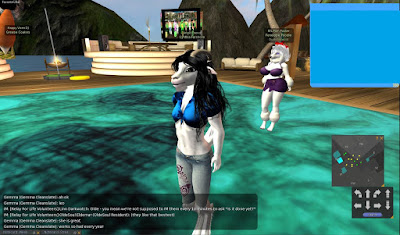 We had a number of friends at the party, such as Cynthia Farshore, whom has done some ads on her Farshore Radio stations for a few years. 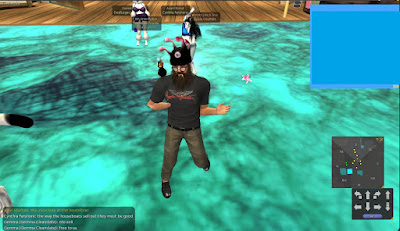 Gemma's friend Evola was there, still wearing the hat from the cartoon he was in. 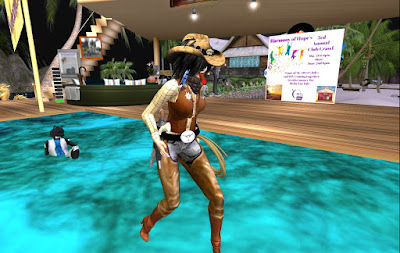 A Relayer, whom was also one of the lawmen in the Tombstone community, was also there. 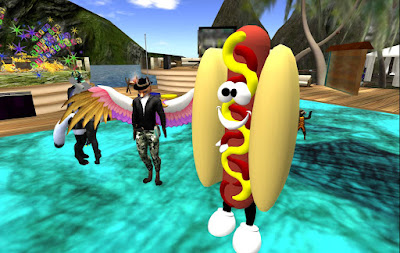 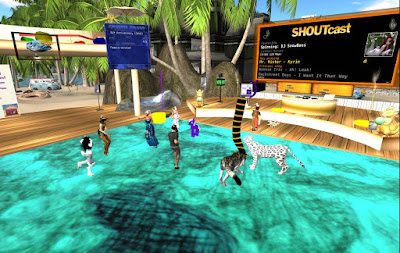 The party would go on for a few hours. As it was part of the Relay for Life club crawl, organized by team Harmony for Hope, Grease and Snowy took no tips, instead accepting donations in the RFL kiosks. Team Sunbeamers got about 1500 Lindens during the event as a result of the party, the club having raised over 64,000 Lindens for it even before the event. Team Harmony for Hope's kiosk had over 10,000 even before the event, and more donated during. 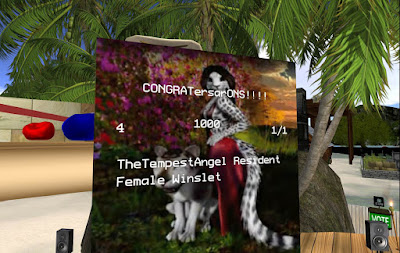 The prize was originally 500 Lindens, but some generous soul bumped it up to a thousand. The prize was split by Lia and ThetempestAngel.

Others would drop by the party, such as people from Team Harmony for Hope and Gentle Heron and others from Virtual Ability. Prokofy Neva would message me, congratulating the team for it's longevity, saying we were the last of the old time SL newspapers, and sending us some boxes of candy.

Thank you all for your support over the years.

Posted by Bixyl Shuftan at 3:00 PM