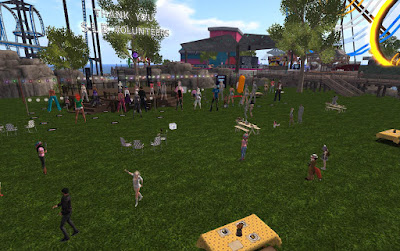 The Second Life Sixteenth Birthday had lots of music events. The official ones ended Sunday night. But that wasn't the end of the fun. There were a couple of unofficial ones later on the week. There was a short one on July 4. On Friday July 5, I dropped in on another not long after it started at 12 Noon SL time, 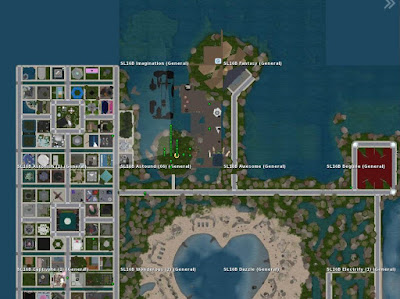 The event took place in SL16B Astound, near a theme park area and the Auditorium to the northeast. It was packed, with the sim often at it's limit at 66 people. 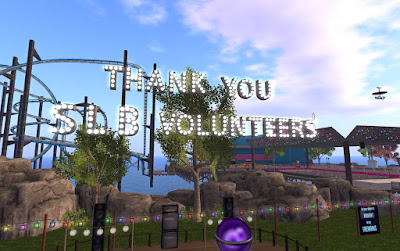 Behind the DJ booth was a sign in lights, "Thank You SLB Volunteers." 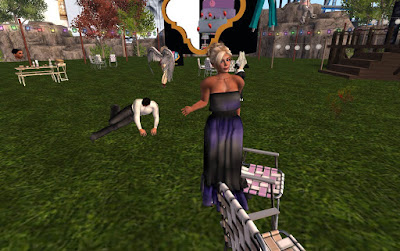 The Newser's Gemma Cleanslate, whom had been busy doing work as a SL16B greeter, was there. 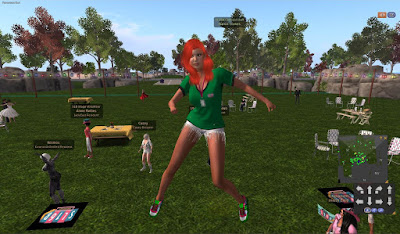 So was Nance Clowes, an amusement park ride maker. 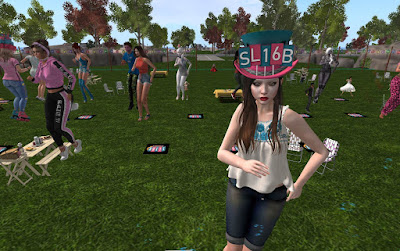 There was one of the Linden Moles there, Missy, aka Mischievous Mole. 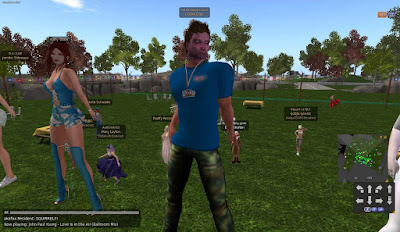 Golan Eilde, one of the senior volunteers. 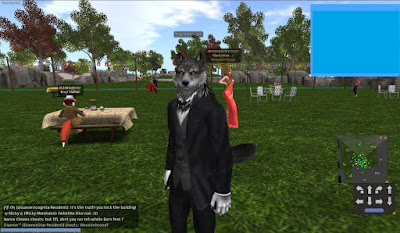 Torgon Woodget, whom made some of the amusement rides for the SL16B, notably two roller coasters. 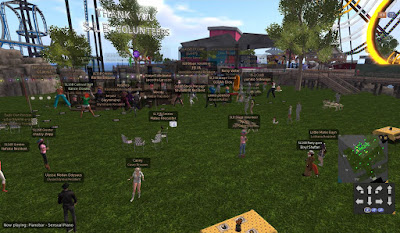 Quite a crowd had shown up. With my viewer taking it's time in rezzing people, it was easier to see how many looking at nametags. 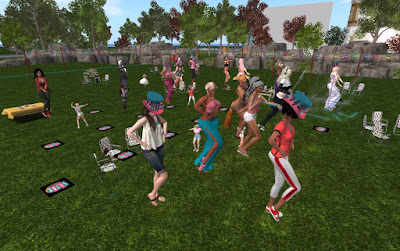 Many of the people got on small squares to do a synchronized mass-dance. 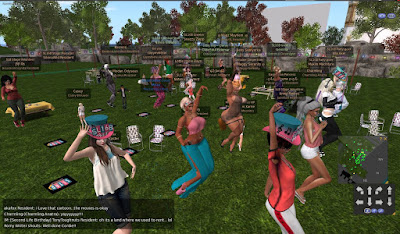 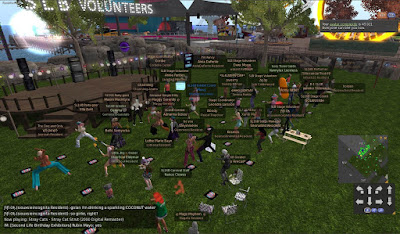 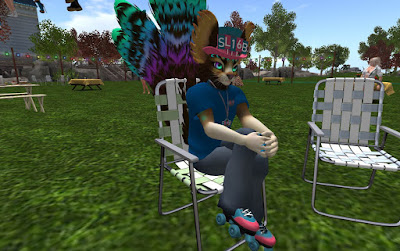 Some though, such as this greeter, chose to just sit and relax. 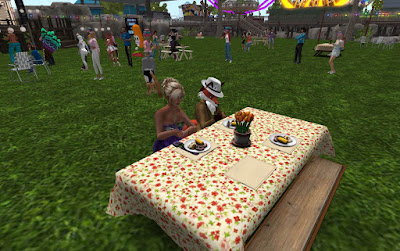 Gemma danced for a while, then we both sat for a picnic lunch. 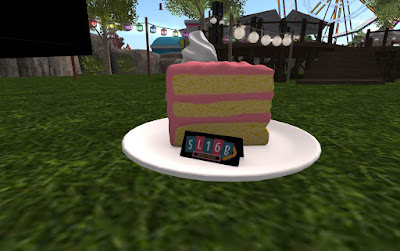 One of the traditions of the resident-run Birthdays had been the cake slices that had been passed to exhibitors. With the Lab running things now, that practice was stopped. Still someone felt there should be cake, and had this slice out for anyone to take one. 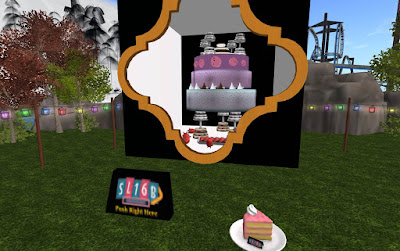 And while there might not have been a Cake Stage this year, someone made a large cake. 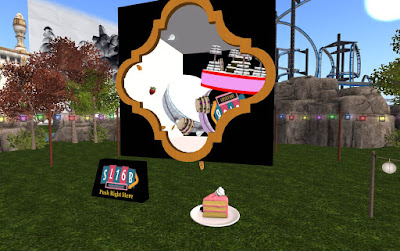 While there couldn't be a "cake explosion," it was set in a "cake agitator" to shake up. 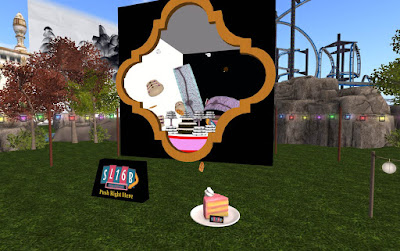 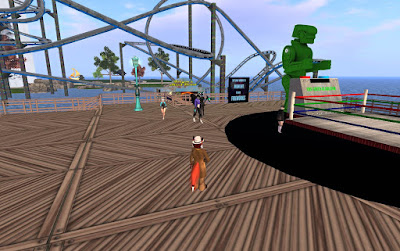 Yours truly ended up crashing. Later on, I would drop by the sim after the party and head to the amusement park area nearby, where there were Torgon and Nance's rides and games. 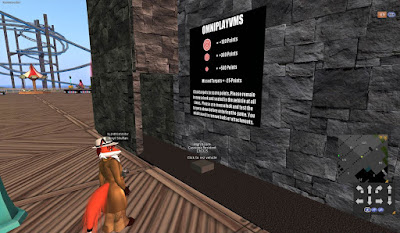 Here was a shooting gallery in which you would fire in mouselook at targets while on a moving cart. I got about 35,000 points, about 100k shy of the high scorer.

It was a fun day at the Second Life Birthday, one of the last before the place closes.