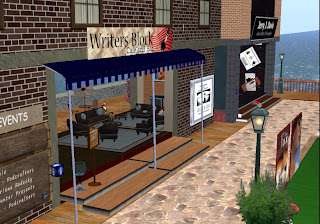 Recently, I was invited to Book Island by Selina Greene and introduced to Marney Wolfhunter. Selina introduced Marney as a writer whom will be “starting a series of events on August 3rd and every Tuesday, reading chapters from her books, but also inviting other published authors along to talk about aspects of writing and reading their own work.”

Marney introduced herself as not only a writer but a publisher, “My company Diiarts (Dragon International Independent Arts) has been going nine months, and we have published seven novels and had a hand in a yoga DVD since. In the future, we have two novels to come out this year, and a varied list going forward into 2011.”

Of the upcoming event, “On Tuesdays I plan to read from my book Custard, Cats and Consequences, which I plan to launch for the Christmas market this year. But I want to invite my authors to come down and give us some readings.” The book is not about pets, “It’s a romantic comedy, ‘Dicklit’ if you will (referring to the old Dick and Jane jokes). I always wanted to know what goes on in the guy's head, and I was tired of heroines on sofas with boxes of tissues, so my ‘Chicklit’ is told from the guy’s point of view, hence ‘Dicklit.’ “ 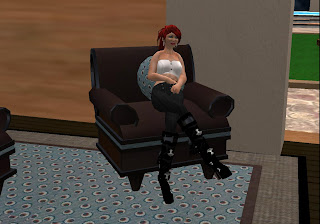 She also had several other works in progress, “Some gay romance, a gay thriller, and a couple of other works that are a little more mainstream ... I write quirky stuff ... my stuff is acknowledged to be very quirky indeed. My writing partner and business partner, Jason, is sometimes slightly unnerved by the overall weirdness of my imagination.”

“But the main event I really hope is going to be the monthly input from my published authors. Paul House (Common Places and Harbour) is particularly keen to take part, and he will do a very good talk on writing. MM Bennetts, who has written our Flagship Historical Fiction work, May 1812, is a critic and historian. ... May 1812 is the story of the home front at the time of the Peninsular War (Napoleon’s invasion of Spain). The Spencer Perceval assassination (the British Prime Minister) tips the government into crisis. M's second book ‘Of Honest Fame’ will be published at the end of the year, concentrating on the spy crisis leading up to Waterloo.” A notecard by MM Bennetts described the book as, “mainly a slice of life novel of historical fiction, a month in the life of a Foreign Office Codebreaker.”

”M's books are always impeccably researched, and she has a true love of the period and the places in the book. ... We also have a romance coming up, ‘Ask Me If I'm Happy,’ from Kimberley Menozzi.”

Of the books planed to be read from at the event, three are historical fictions, “two with a historical background, and two thrillers. Our authors come from all over the world.” Talking further, among the books she was working on was “Mutiny and the Bounty.” This had nothing to do with the incident on Captain Bligh’s ship, but was done in response to the recent movie “the Bounty Hunter,’” about a man on a mission to arrest his ex-wife, which she didn’t like, “In this story, the bounty hunter goes after his former brother in law.”

Marney’s publishing company Diiarts was launched last year on November 14, 2009. The website describes itself as a “farmers market” of the publishing industry. A note card from Marney stated, “I wanted to be able to offer an option to those writers who had a good story--which perhaps the mainstream publishing apparatus didn’t feel they could handle--but for whom self-publishing would be a dark and scary place. I also believe very strongly in the power of the multiple voice. One person alone can’t always do the job.”