Tuesday February 21st was Mardi Gras, also known as "Fat Tuesday," Shrove Tuesday/Pancake Day, or Carnival in some places. The event is associated with costumes and parties, and in Second Life where people will sometimes use any excuse to party, naturally the day was reflected here in places. 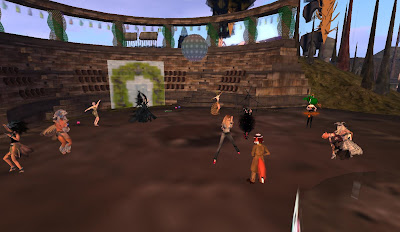 Among the places throwing a Mardi Gras party was Madpeas. 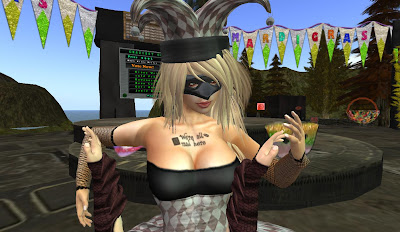 Leading the event was Kiana Writer, with her fool's cap and "We're all mad here" tattoo. 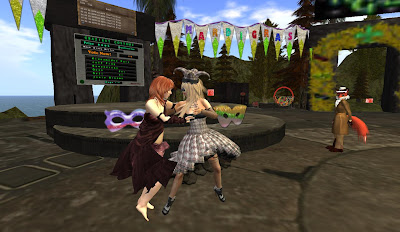 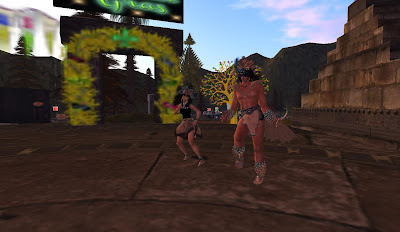 They had a lot of fun. 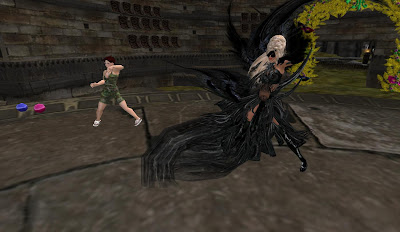 Later came a Madpea group notice, "thanks to Beckie and Nomica, Kiana and all the Peas that came to dance and made it such a super Mardi Gras." 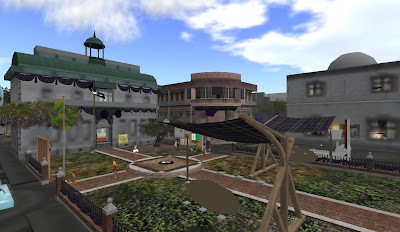 When I dropped in, it was between events. There were only a few people around, but the place still seemed to take forever to rezz. 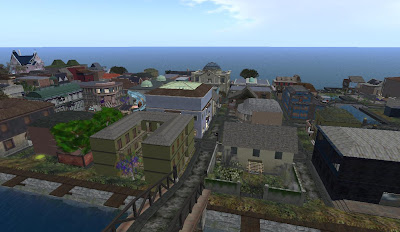 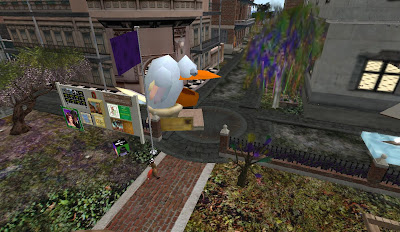 The place had a number of parade floats moving down the streets. 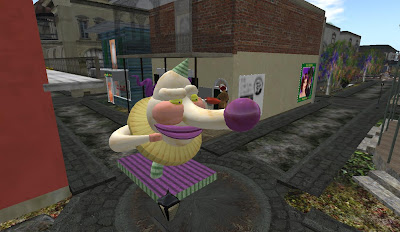 Anyone could ride on them. 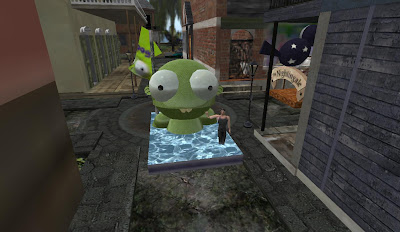 And there were some crazy ones. 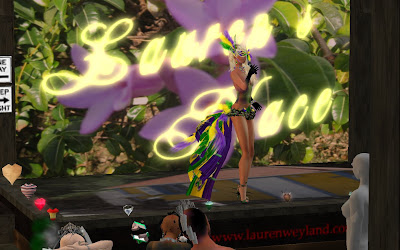 At the "Lauren Live" standup comedy show that night in Cookie, Lauren dressed the part as a Carnival showgirl. 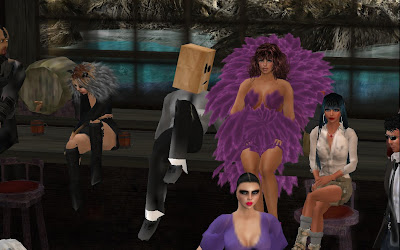 And in the audience, SecondLie gets a closeup look at another girl. 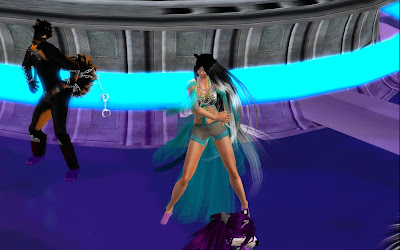 Club Zero took on something of a Mardi Gras theme with beads being tossed around. Some girls "bared it," but others just smiled.

Just a few scenes of what happened in Second Life at Mardi Gras.