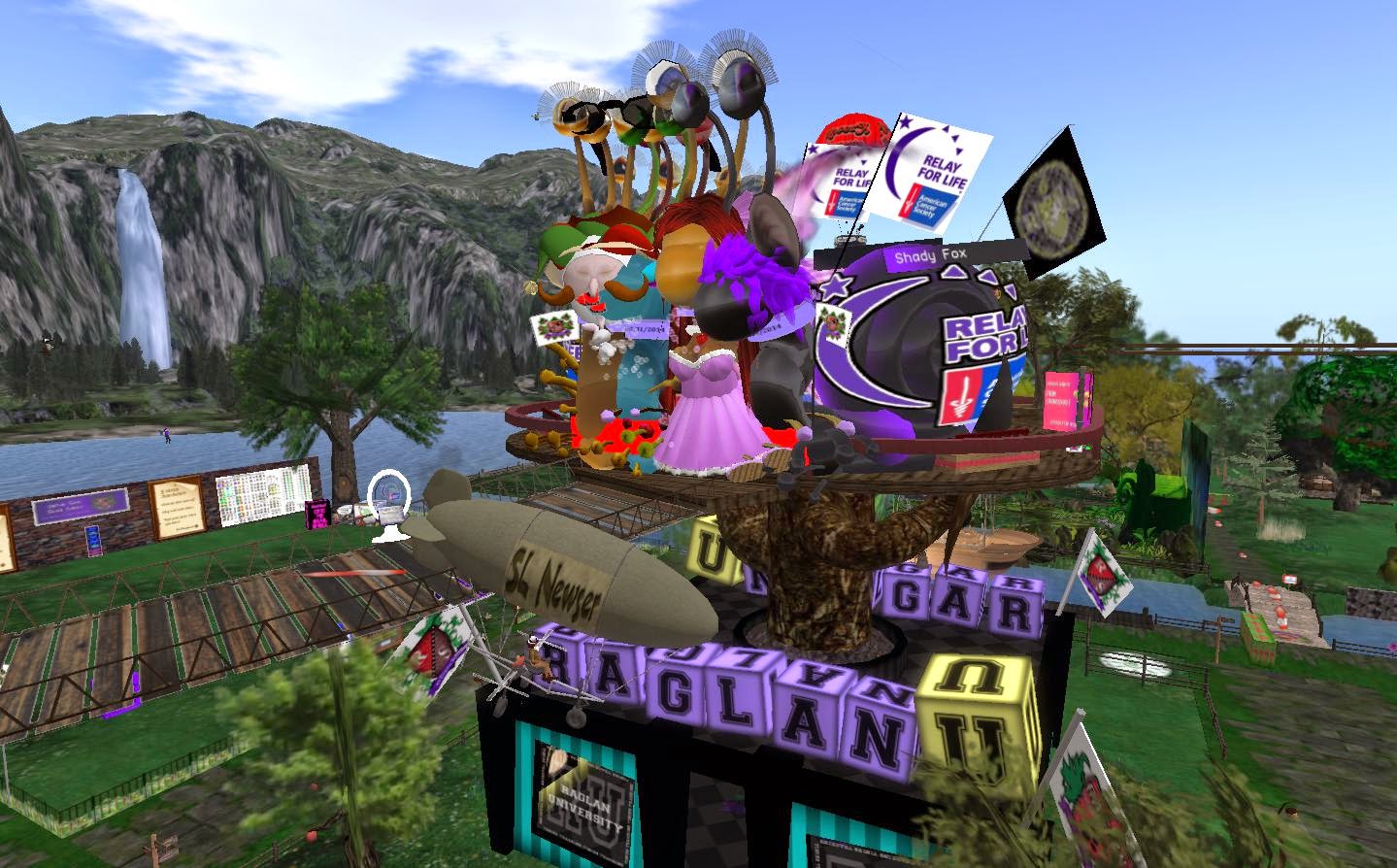 On Saturday May 31, Raglan Shire was the scene of the month's cross-country Giant Snail Race. The Giant Snail Races are organized by RacerX Gullwing and his team. The races take place very Saturday, usually on RacerX's obstacle course in Devon Dream. But during the Relay for Life fundraising season, they hold a cross-country race on the last Saturday of Relay months. In the past, these races to raise funds for charity were held on the mainland. But starting this year, RacerX began offering a charity auction with the location of the next race as the prize. And Raglan won the chance to be the location for May's race. 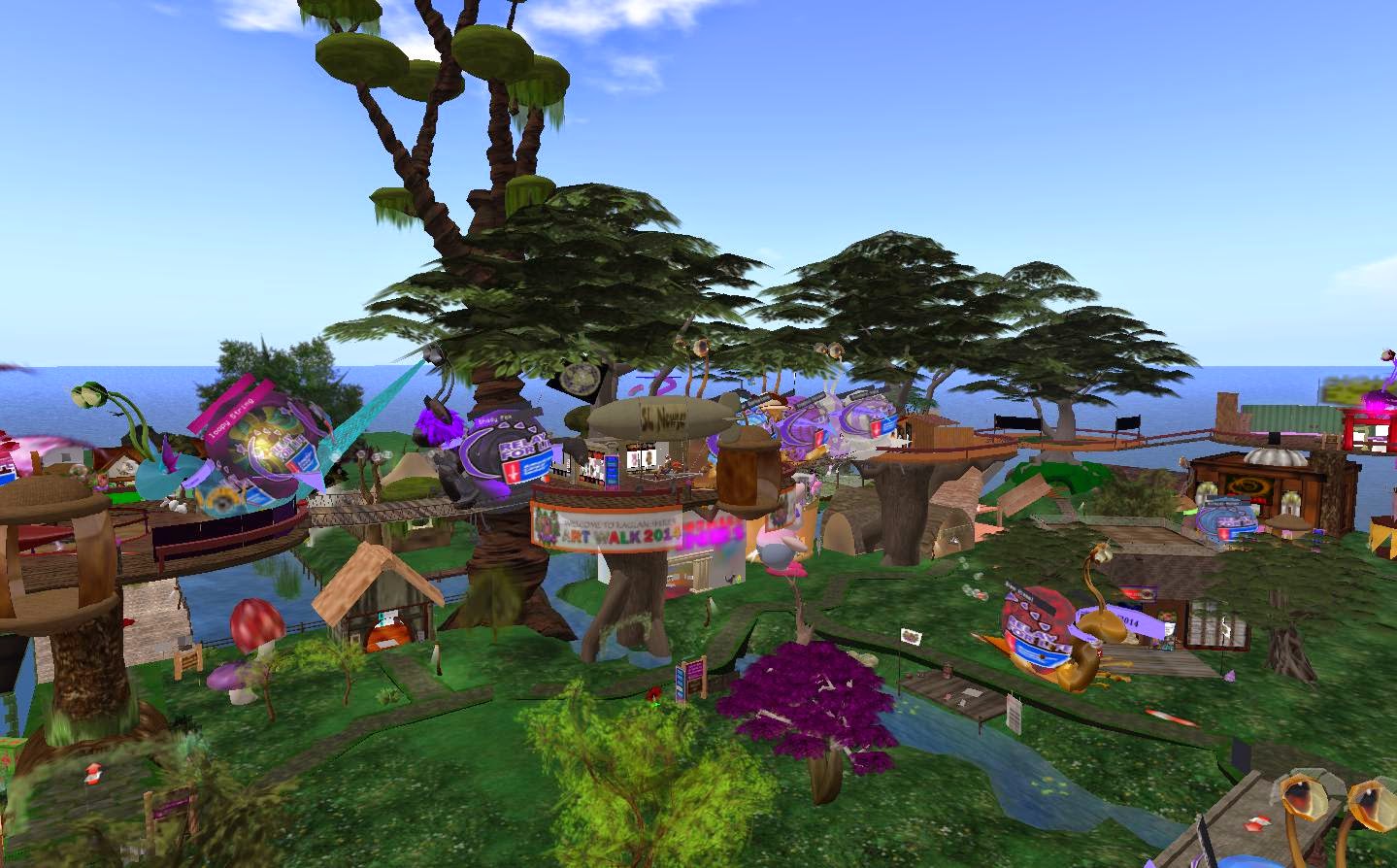 Across the tiny community, the giant snails made their way across streets, trails, ramps, streams, and walkways. The use of "teleport logs" made things a bit confusing as the snails tried to follow the course, some locals commenting "looks like now they're not sure what is going on." "I hadda idee dis wuz gonna be barely controlled chaos." "Thats nuffin' new in Raglan. Hehehe." But despite that and the lag, a good time was had by all. 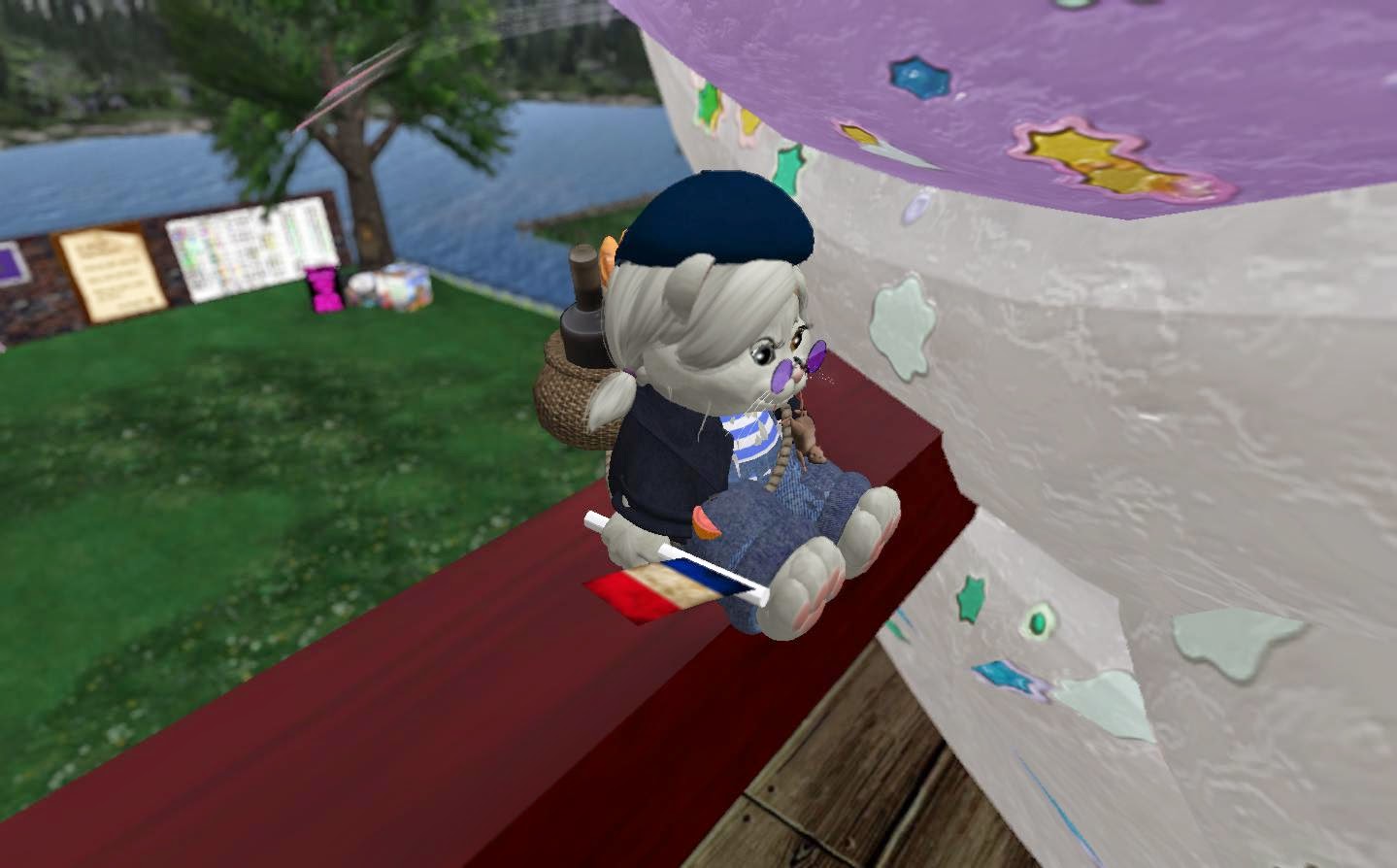 The locals sat in various locations to watch the race. Some were showing their humor, such as this kitty looking like a patron at a French restaurant, which if you're a snail is the last place you want to be. 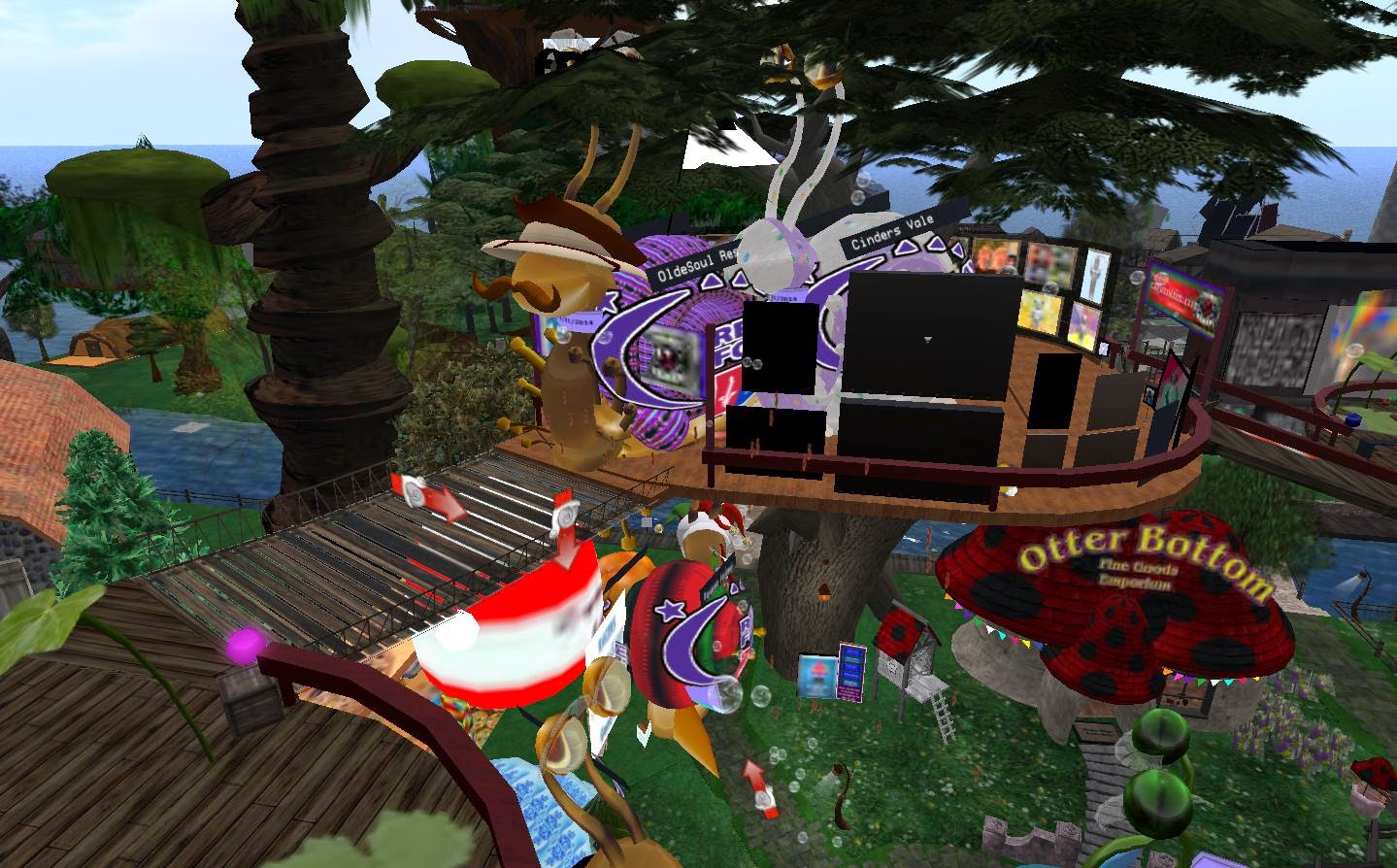 Raglan's tinies already have a reputation for having plenty of chaotic fun. The addition of giant snails just added to it. "We got runned ober!" "I BEEN SLIMED!!" "Ewwwww, tentacles touching me!!" "Told ya things could get crazy." 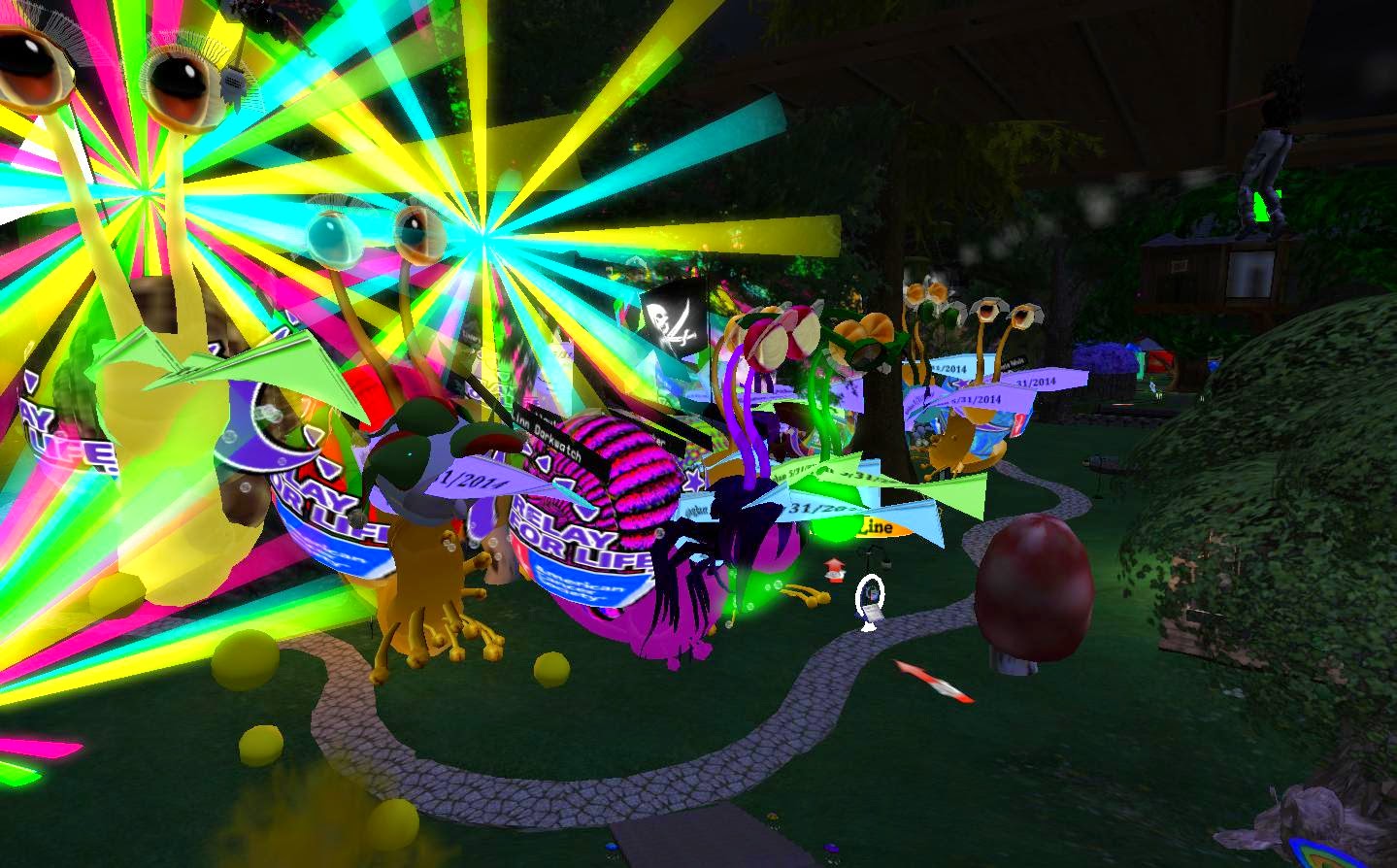 And at the end, there was the usual celebration and dance, with everyone who made their way to the finish line getting a trophy.

The unofficial list was as follows (RacerX accidentally crossed the line at 10):

RacerX would later offer a video of the race.