Last week was the fourth Anniversary of the launch of the Second Life Newser. From Thursday June 5th to Saturday June 7th, there were four celebrations in it's honor, one for every year of it's operation. 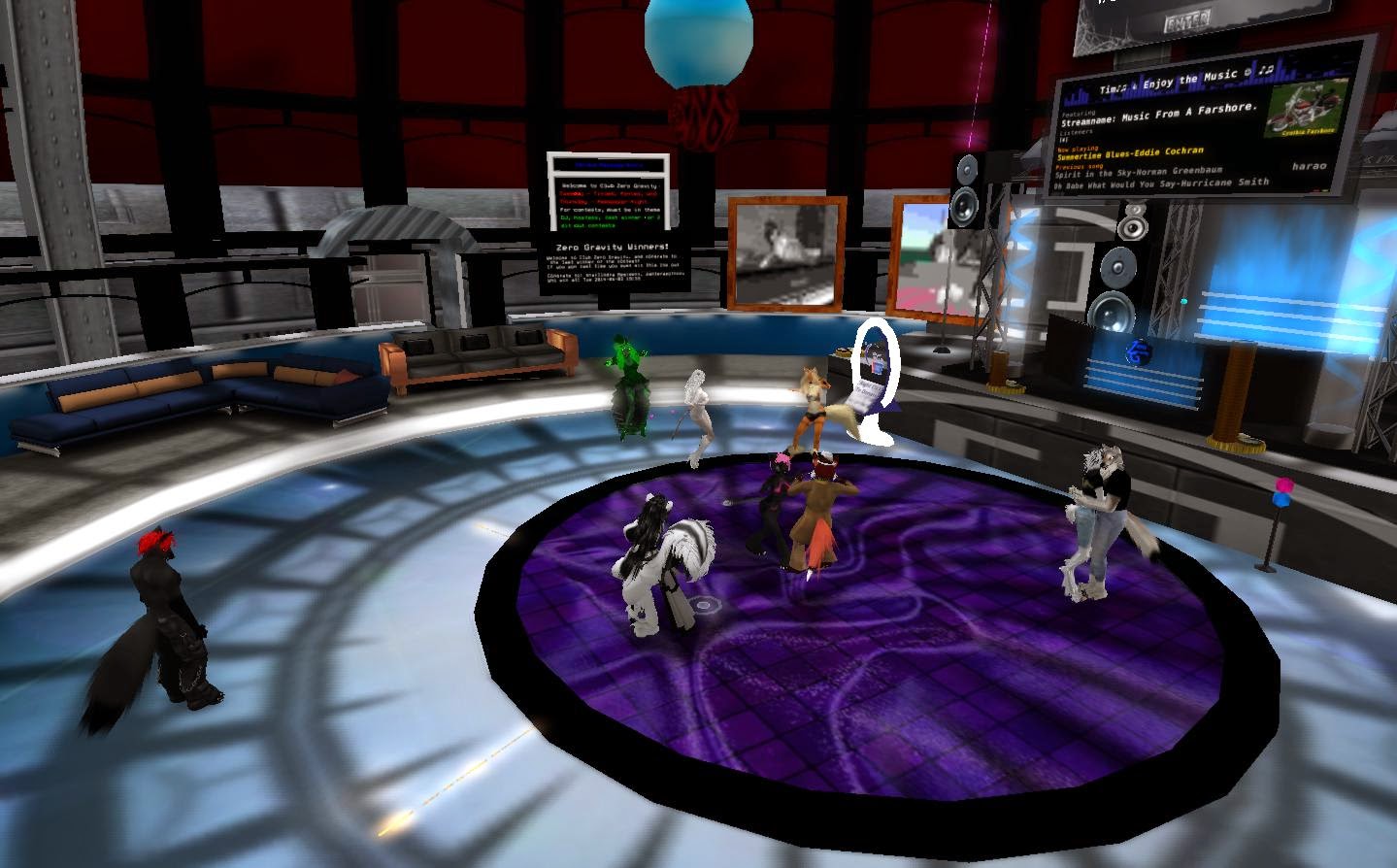 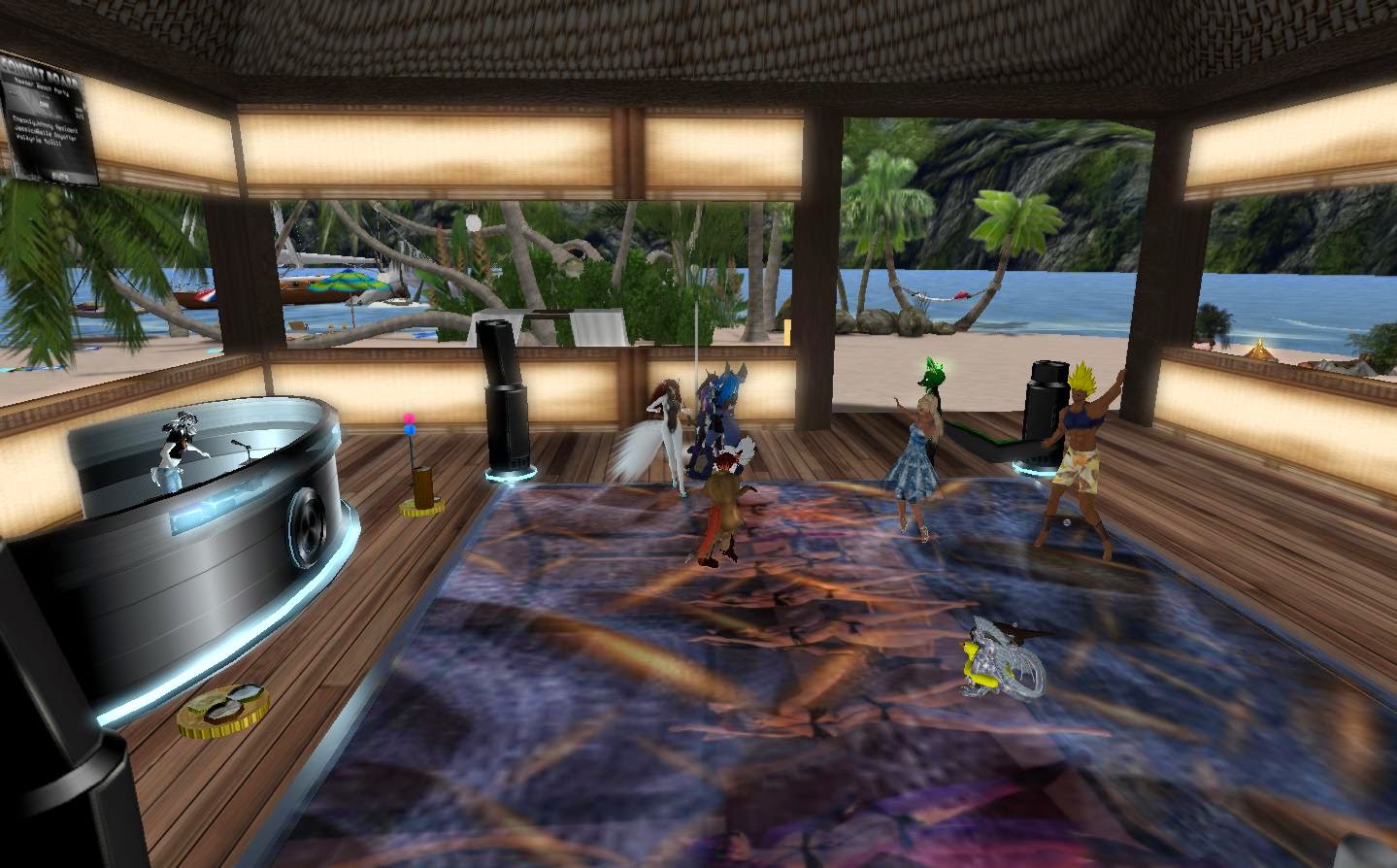 DJ Cynthia also played for the event the following day, at the Happy Vixen Beach club at 3PM SL time on Friday June 6, also in Purrfection. Gemma Cleanslate and Theonlyjohnny were there, along with longtime friend Breezes Babi and others. Normally having events on Monday, this was a special event for the club. 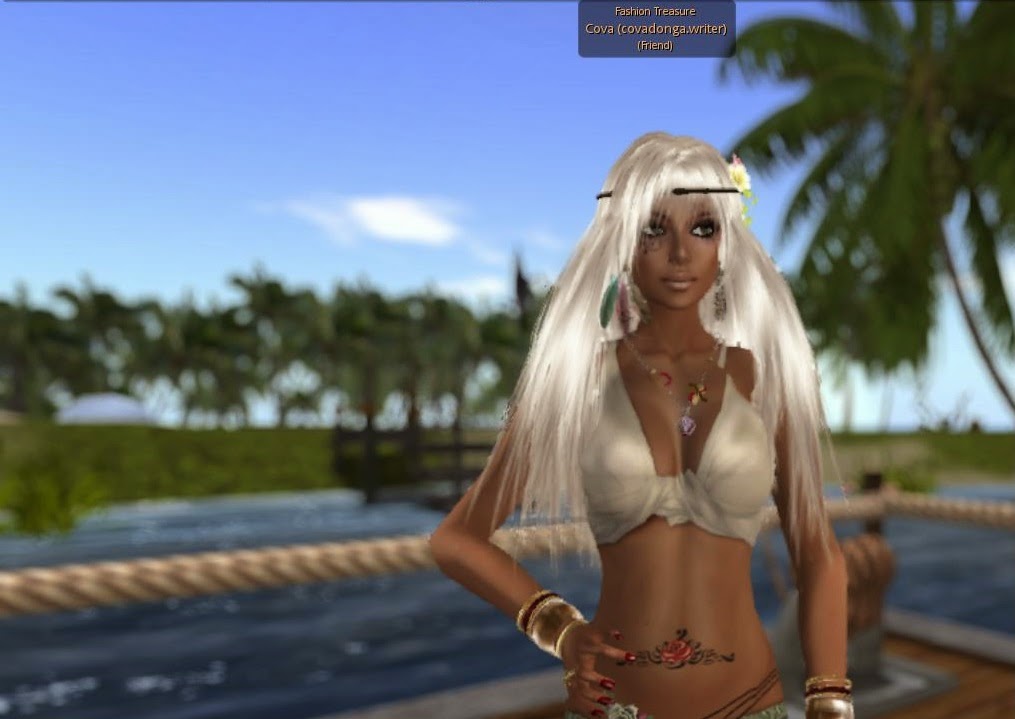 June 7 at Noon was the main event, the party at the private beach of our longtime friend Covadonga Writer. Cova had to leave just as people were showing up, and it wasn't long before Gemma, Grey, Nydia, and others were dancing away 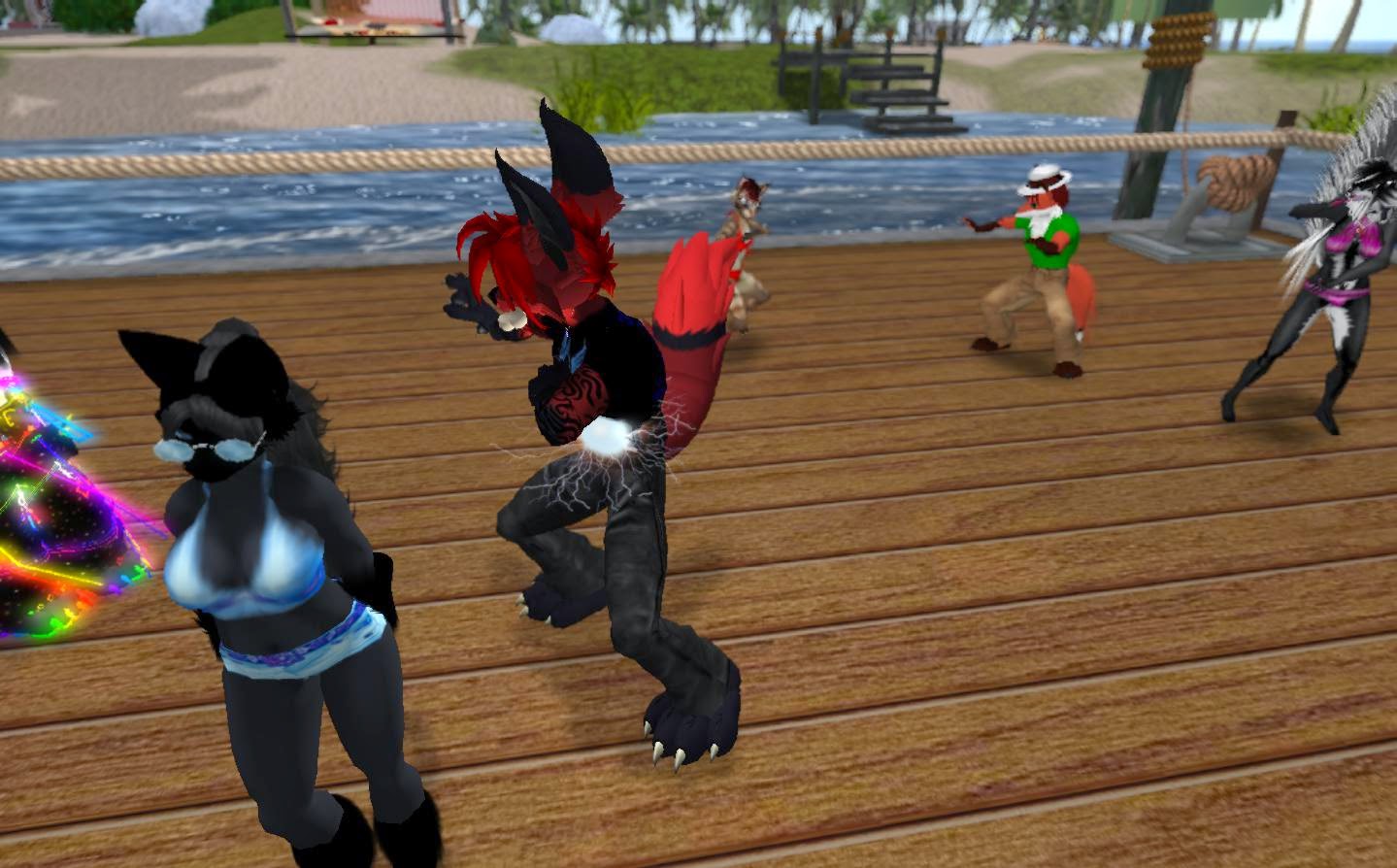 Grease Coakes was the DJ of our happy event. Instead of the Griffin av he's been wearing for so long, he's been appearing more in this "mutant fox" avatar. 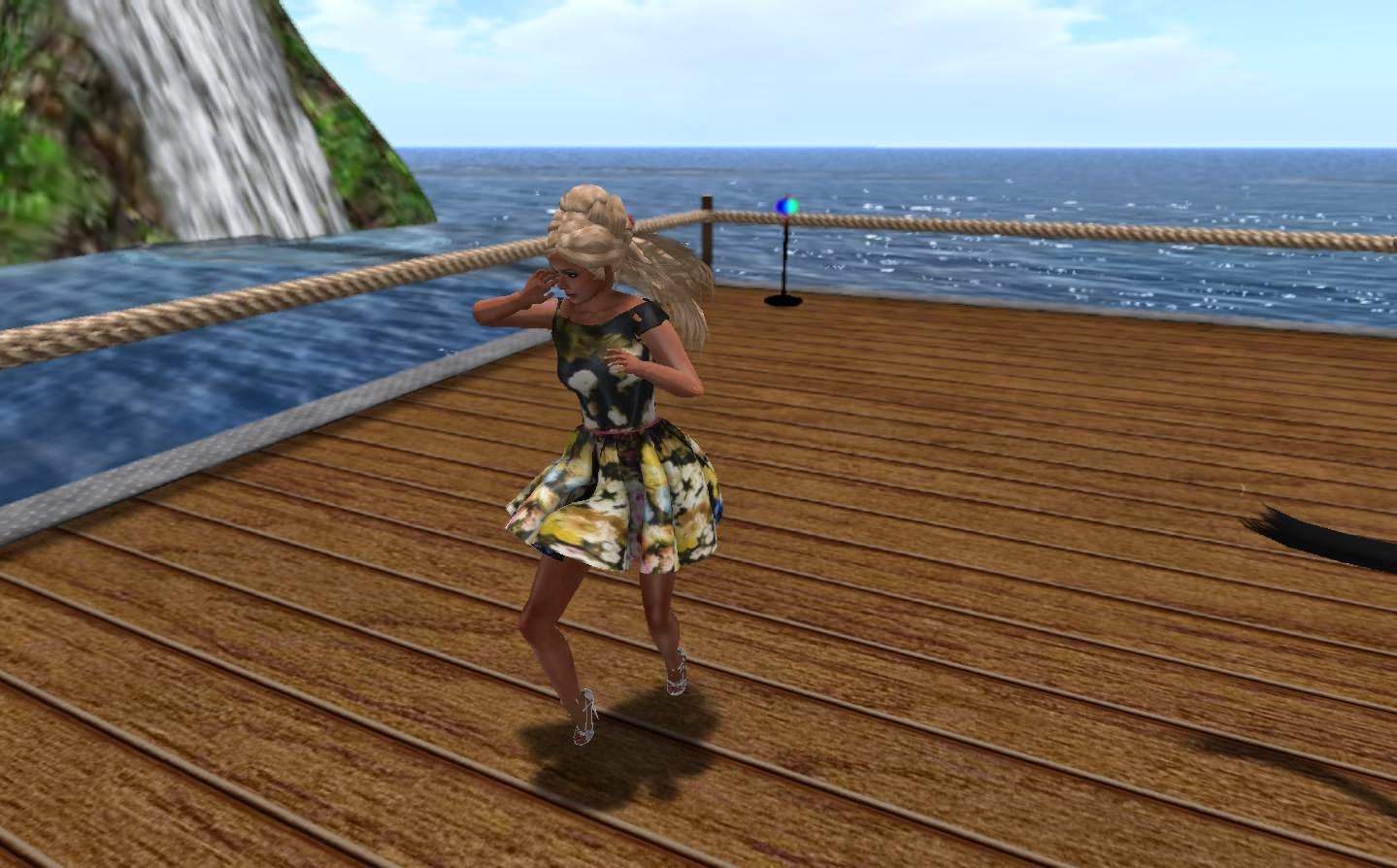 Gemma enjoys the fun on the beach deck. 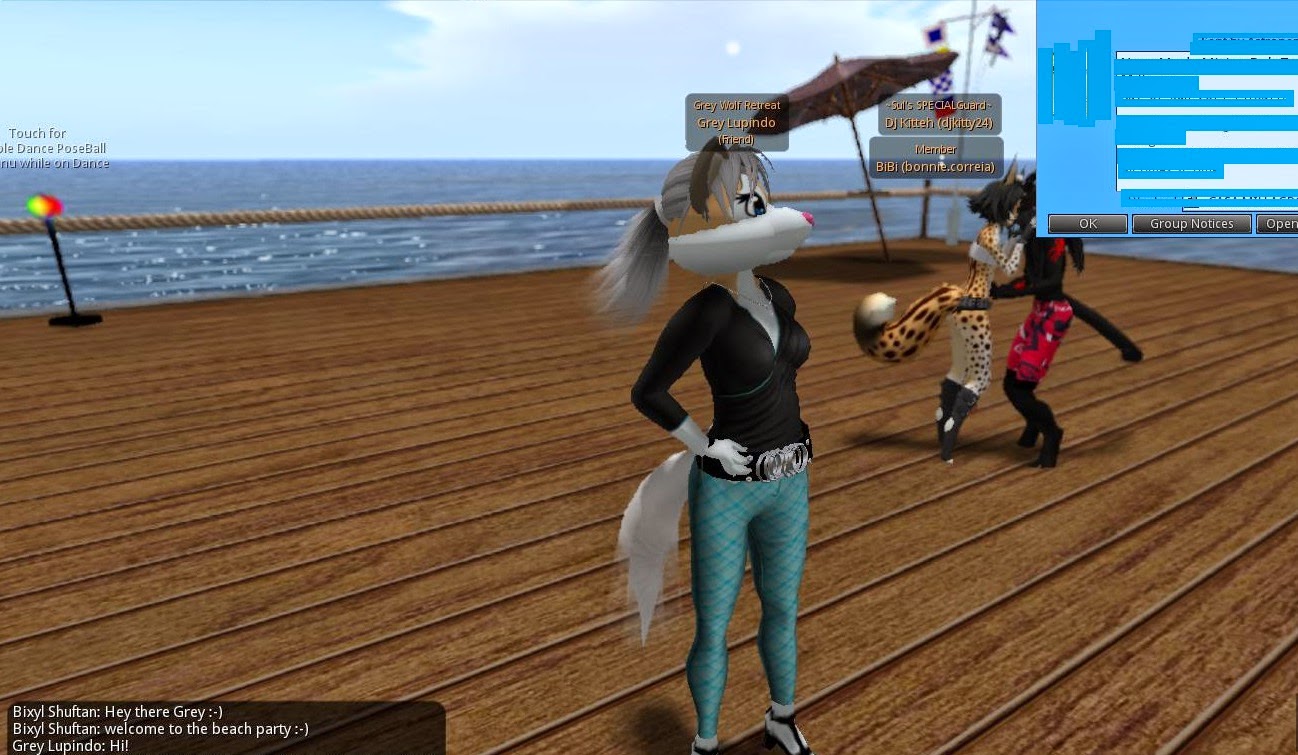 Gray just after her arrival. 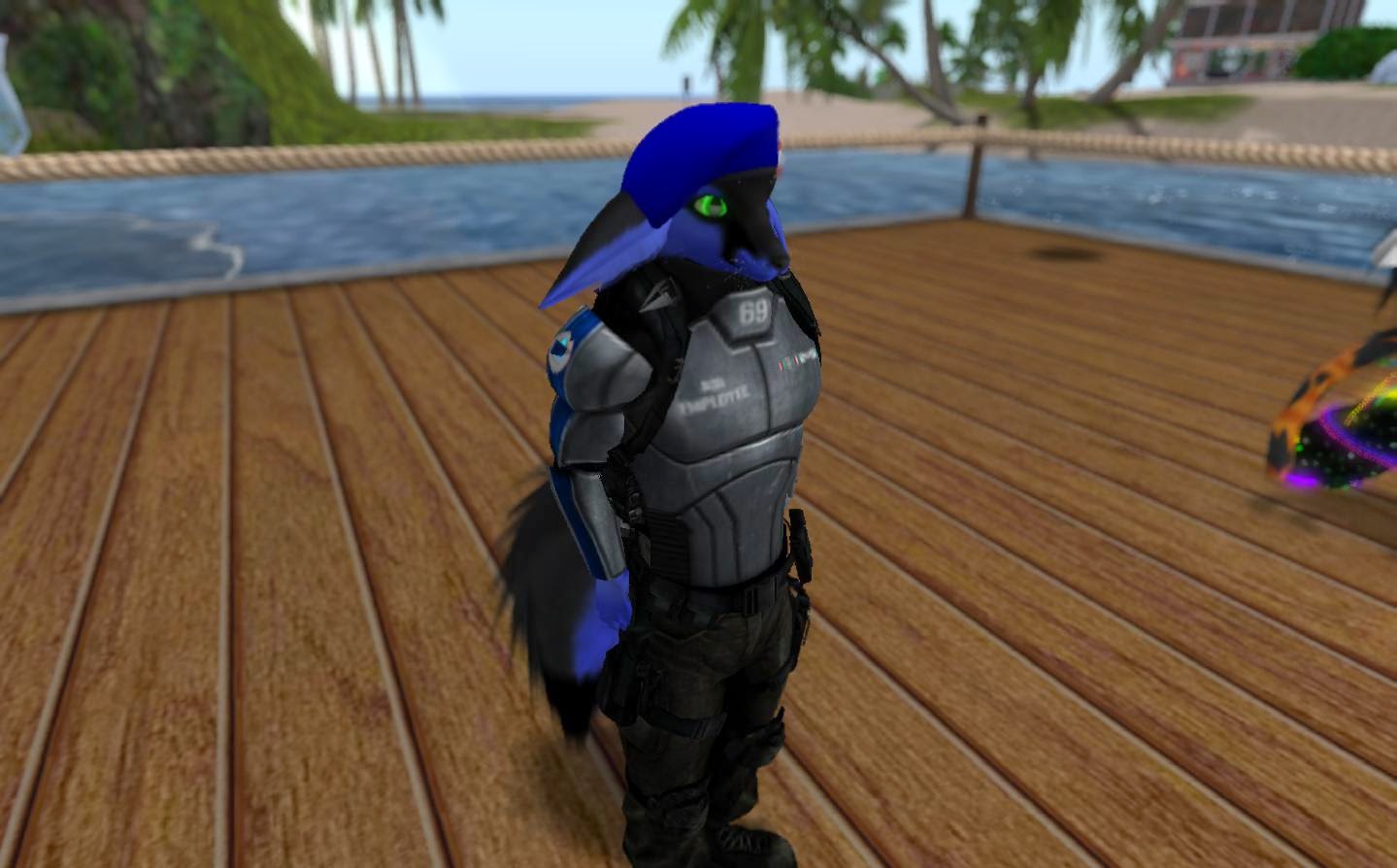 TheonlyJohnny in his combat armor from a sim he's been gaming at. 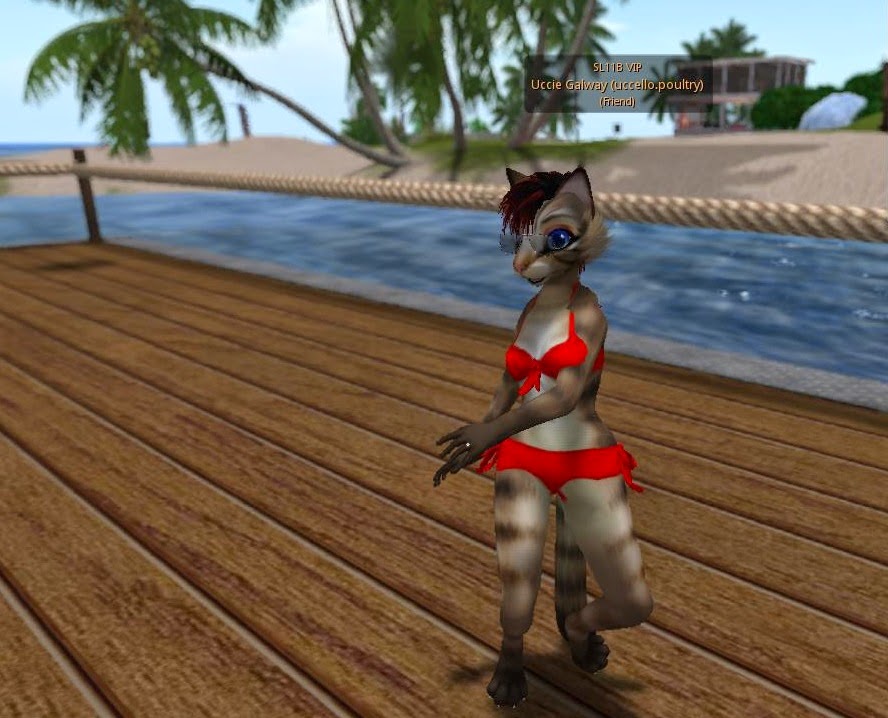 We had no shortage of friends with us. Among those there was Ucello "Uccie" Poultry of "The Poultry Report." Happy Caturday, Uccie. 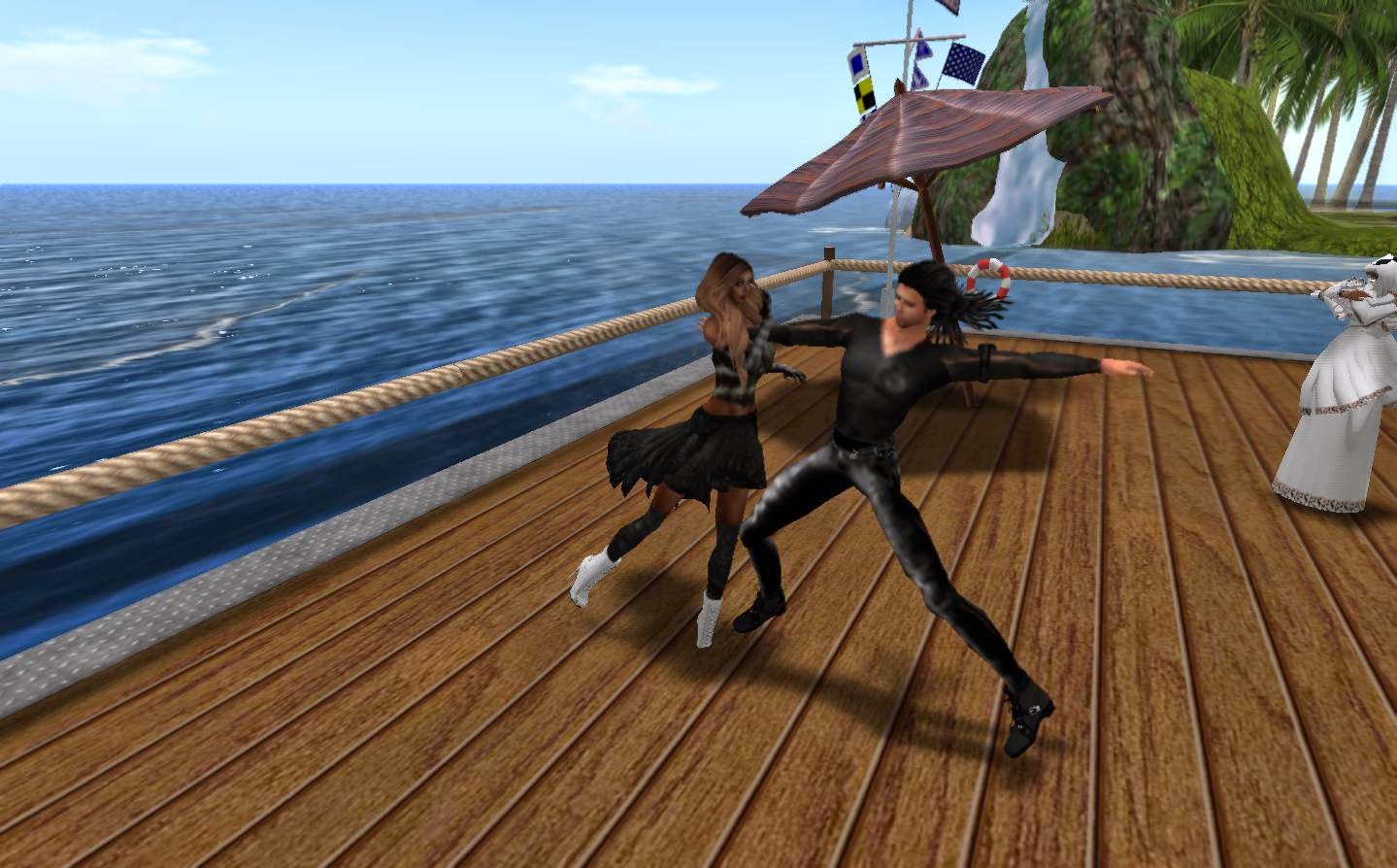 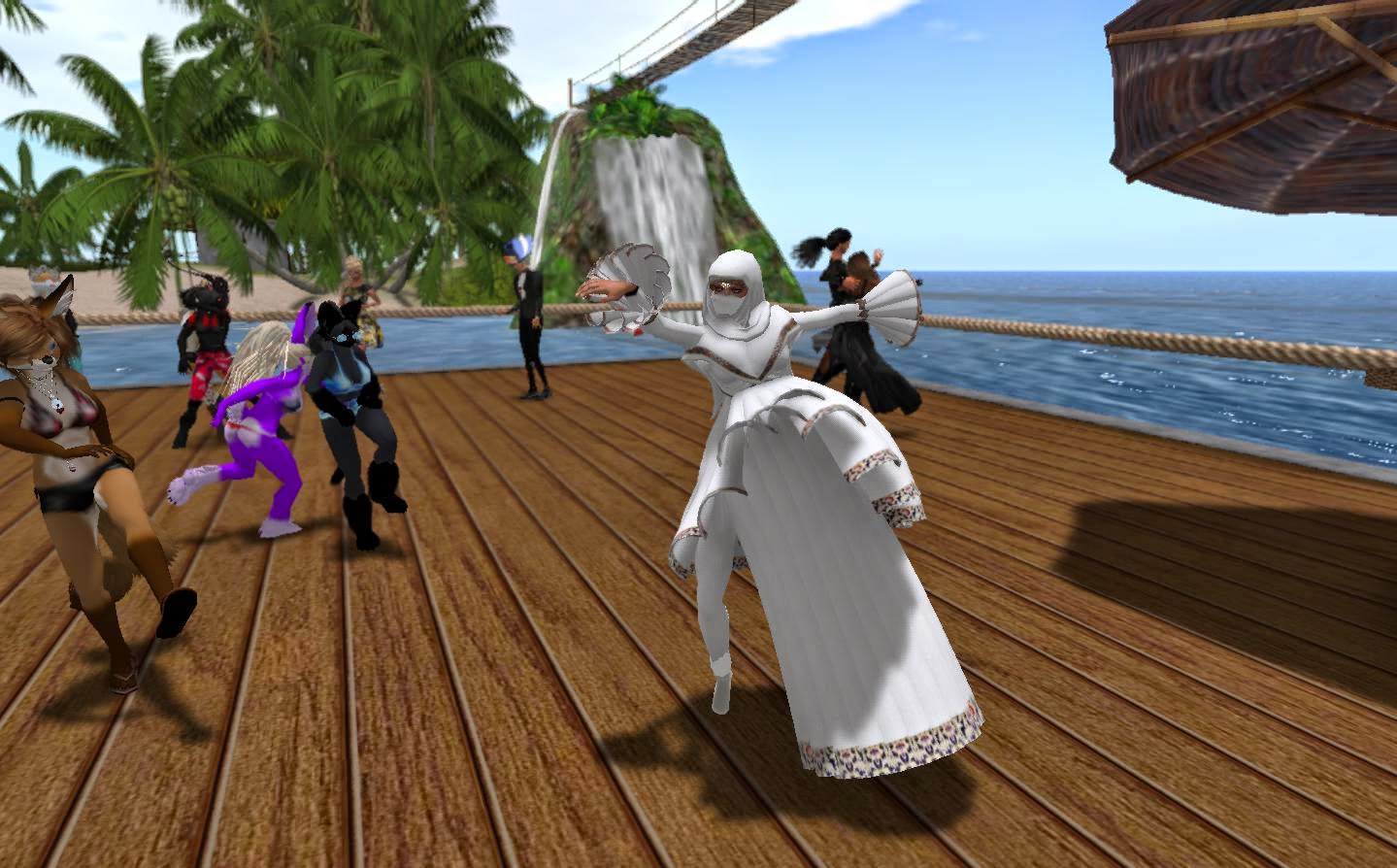 A friend of Grease's whom was dressed a bit, unusual, for a dance party. She later told me she was going to a mosque that day. Guess one can call it "boogie in a burka." 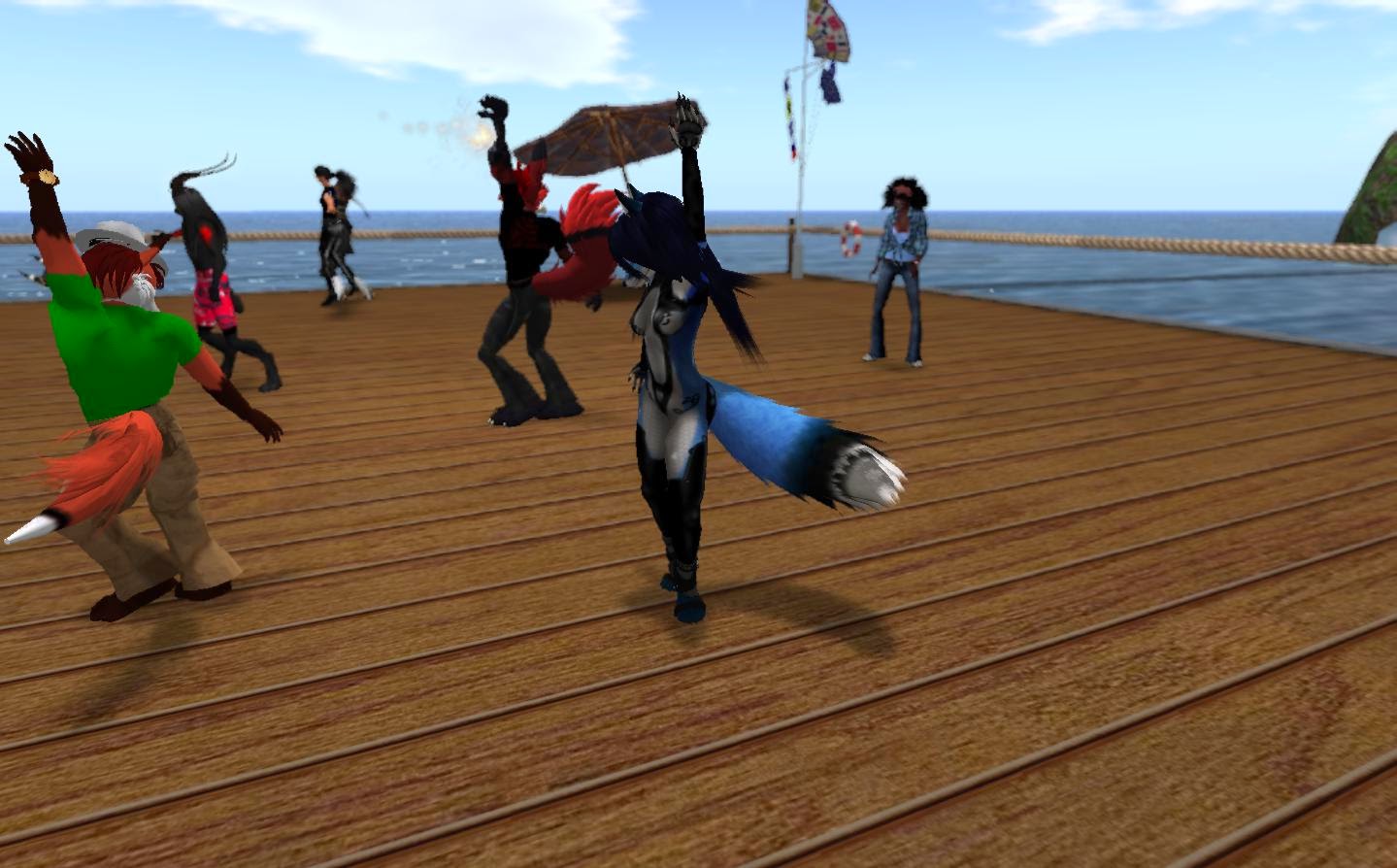 We had lots of fun that afternoon. After Grease, Qwark Allen showed up to DJ for a while. 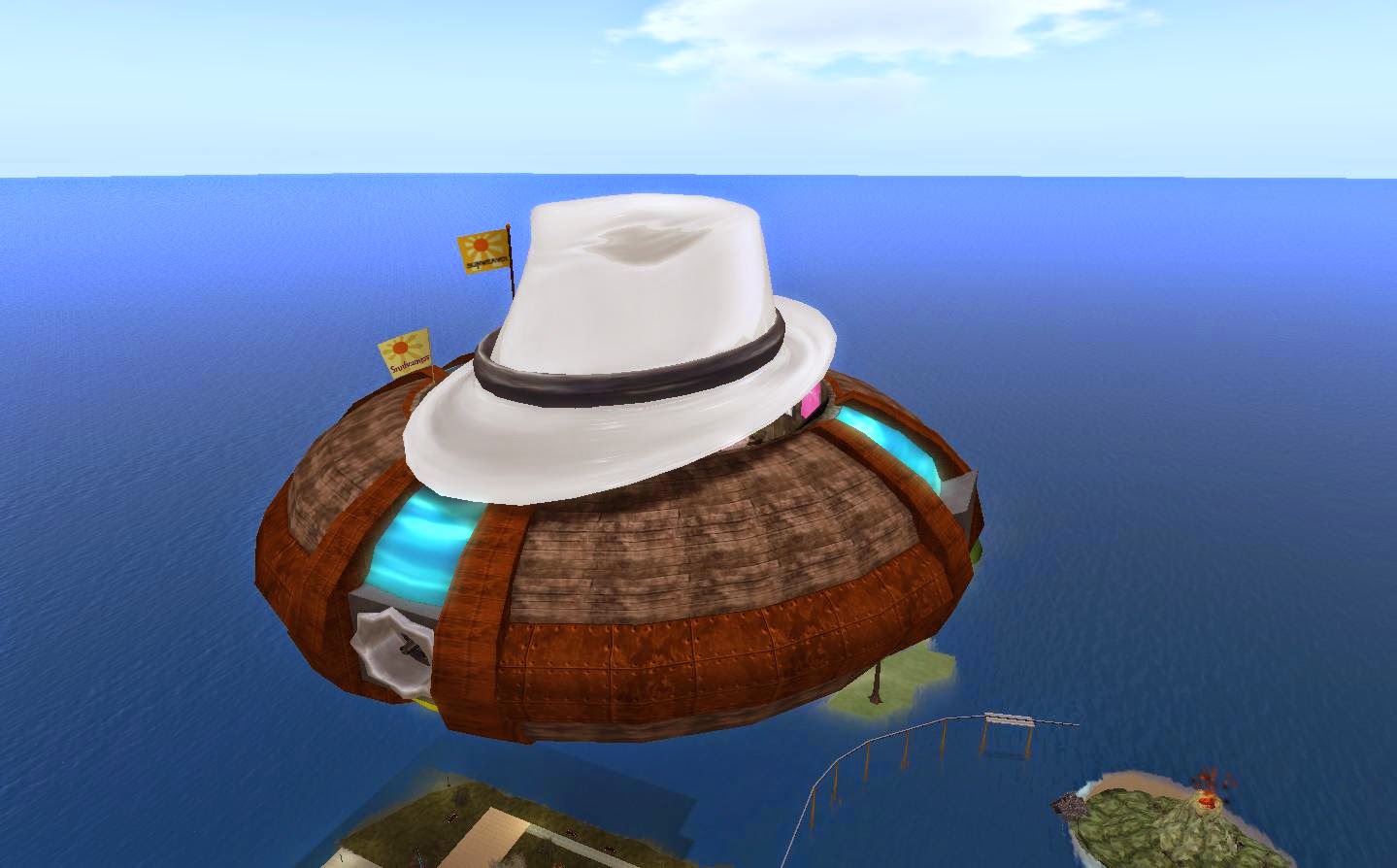 Finally at 6PM that day was the last of the Newser events, the party at Club Cutlass, managed by Jenni Greenfield. 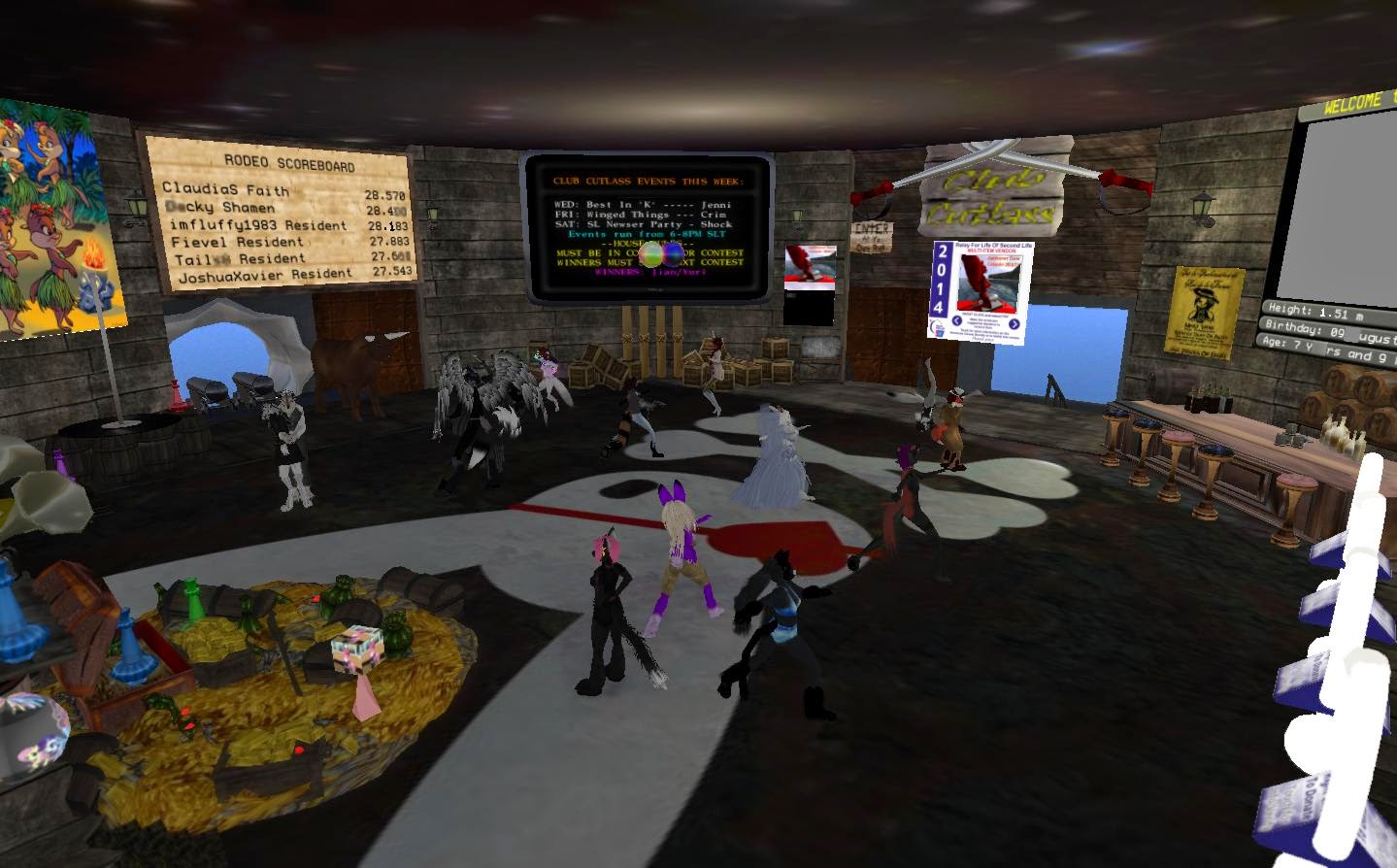 Shockwave Yareach was the DJ for the party, attended by estate owner Rita Mariner and many others. 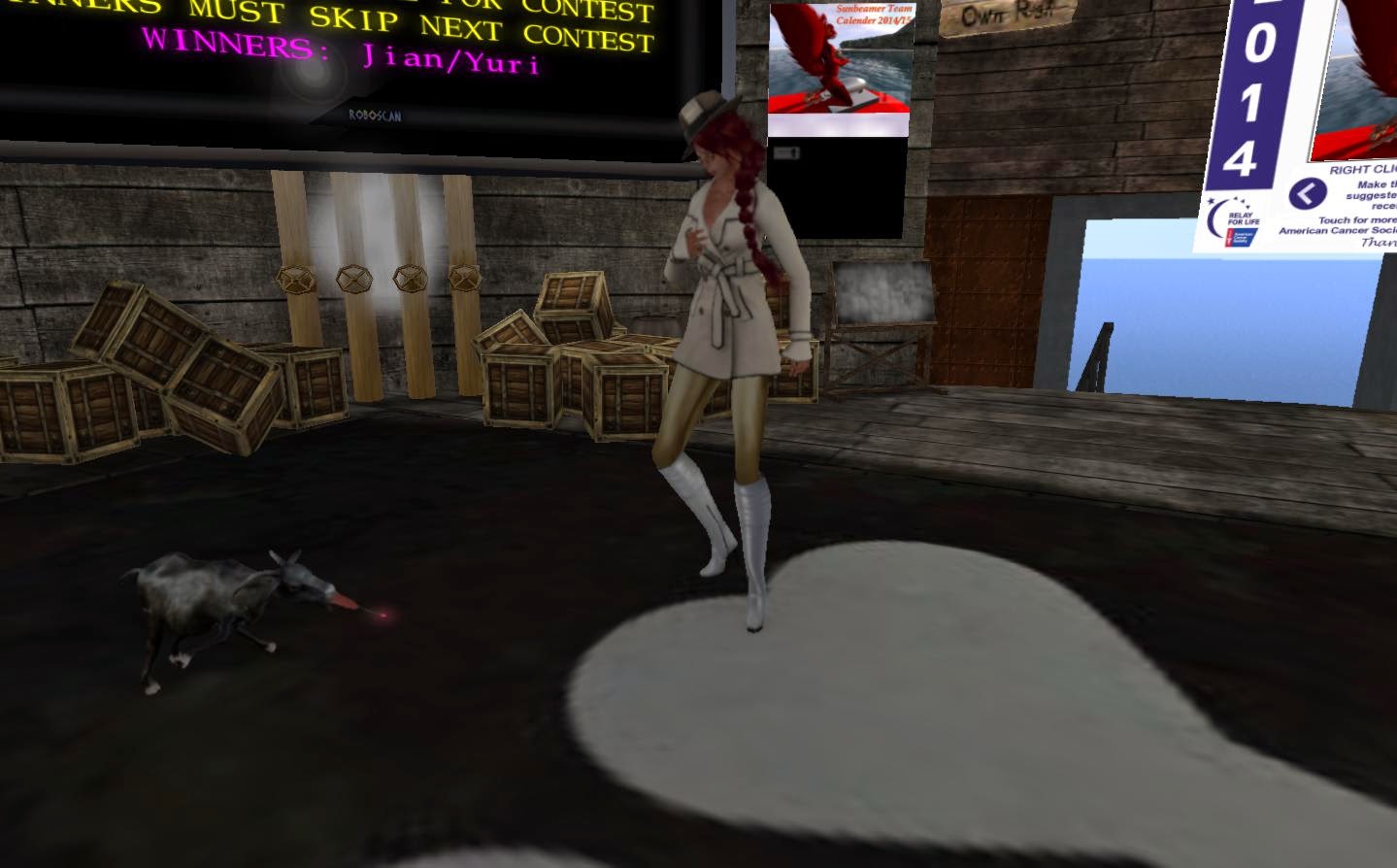 DrFran Babcock was there, with her friend Ariel Loonie, whom was dressed for the "Goat Simulator" game. 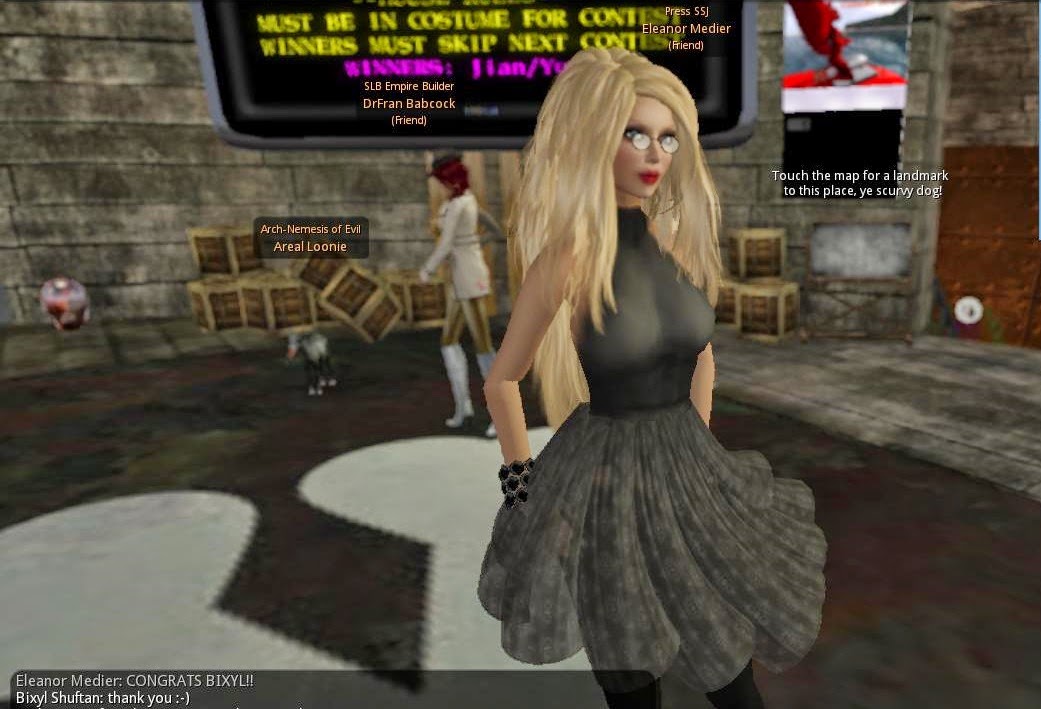 So was Eleanor Medier of the Sim Street Jounral. 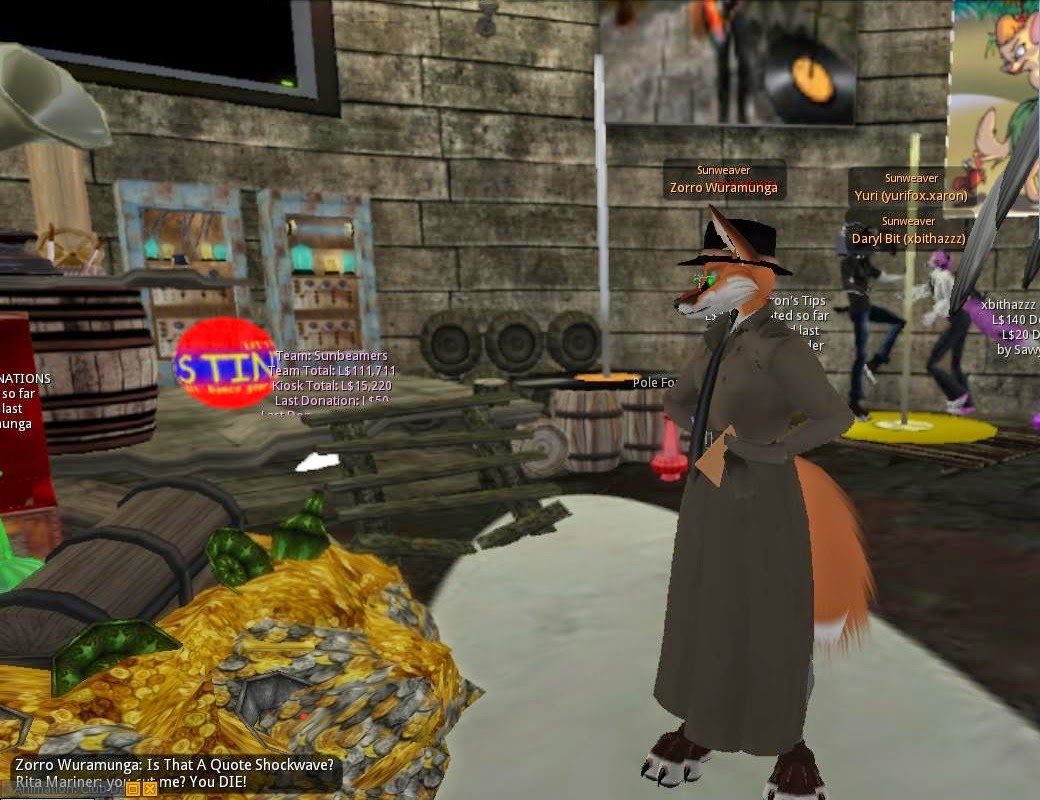 Some of the partiers dressed the part, with fedoras & overcoats. 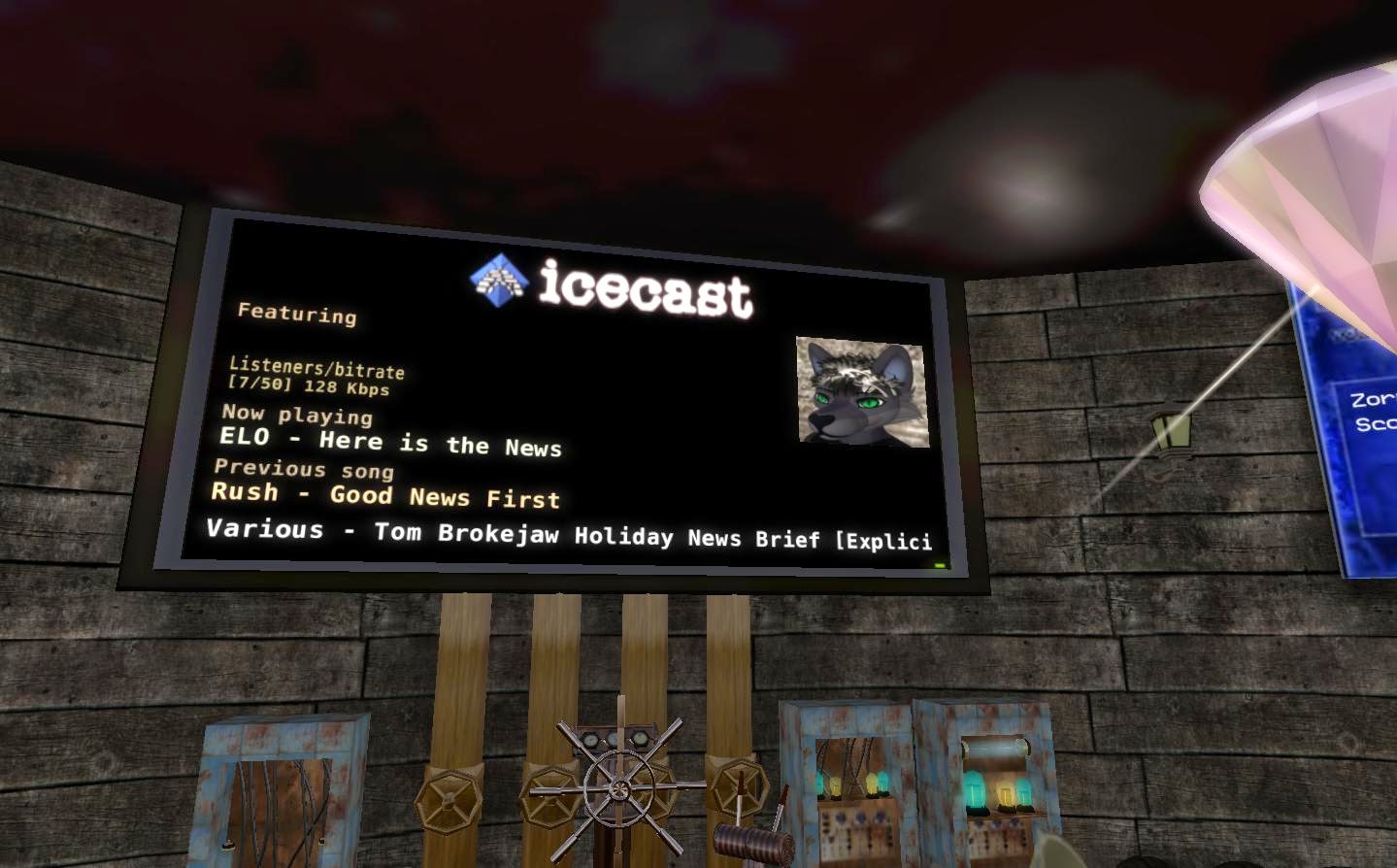 Shockwave found several news-themed tunes among the music played, "Do you know how few songs there are about the news?" 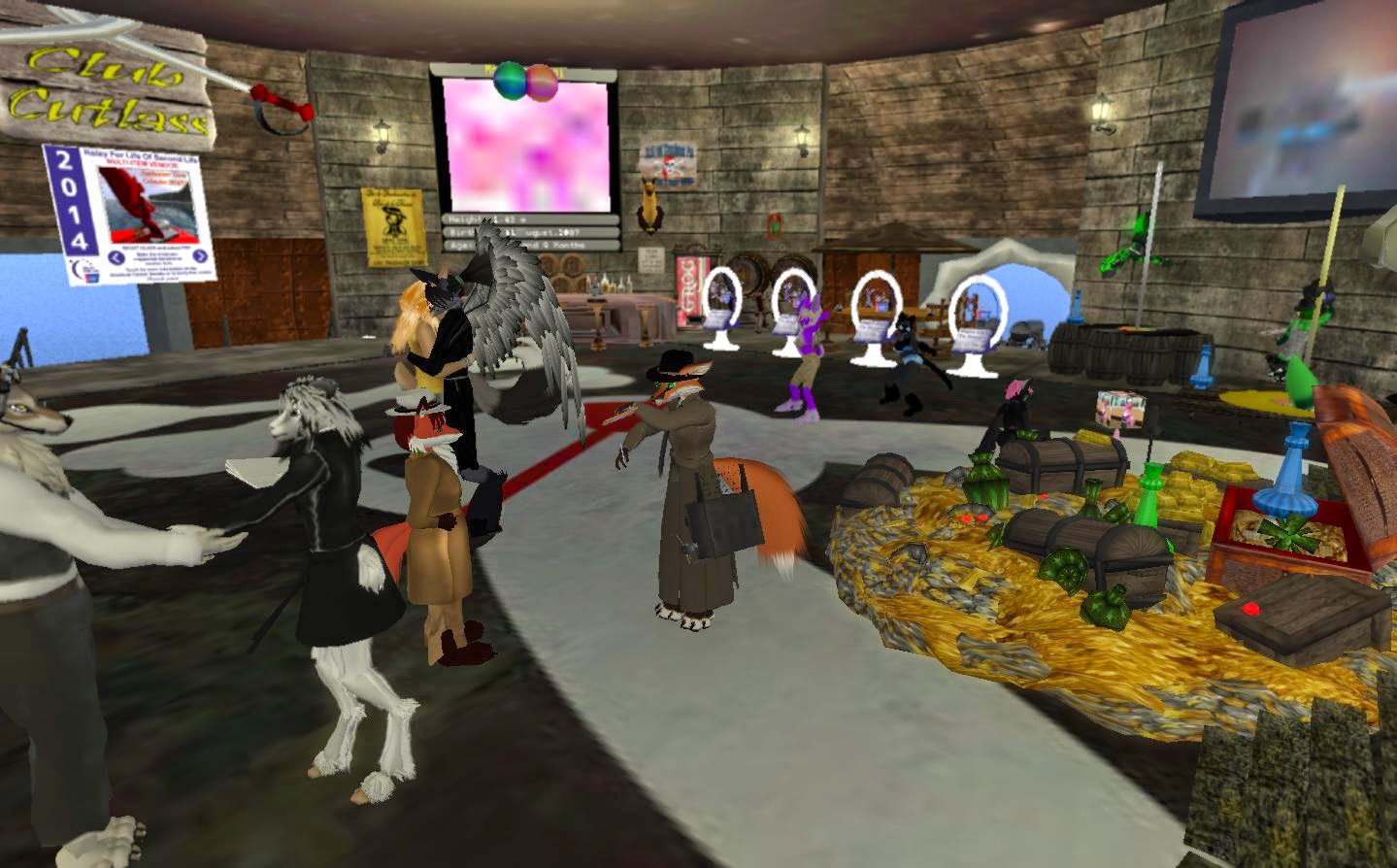 It was one fun party, and a great way to end the Newser's anniversary events.

But this isn't the end of this month's parties. We had such a fun time, we're planning one for Qwark and Gemma's home beach on June 21st. Plus, there will be a couple parties at the SL11B Newser exhibit.