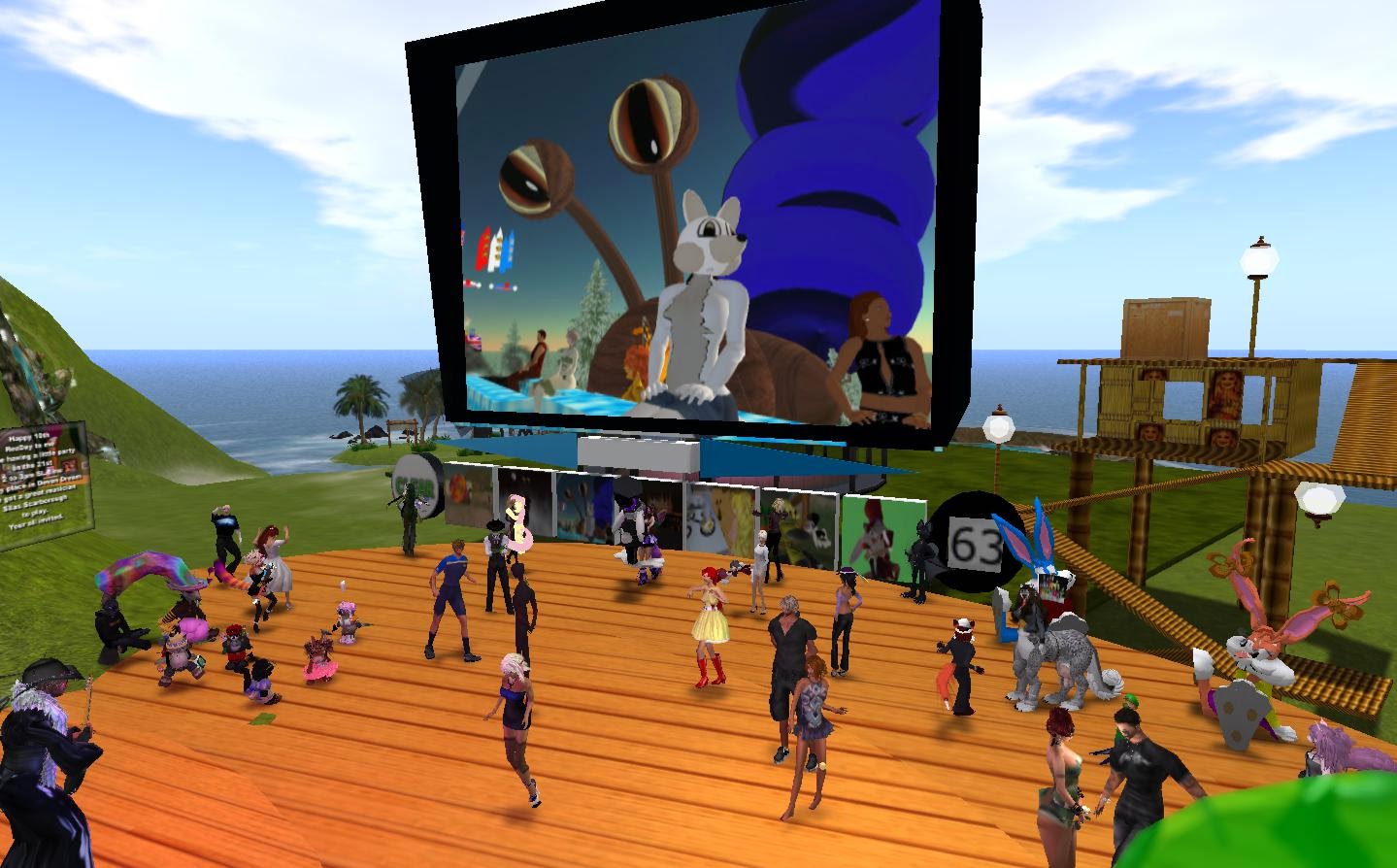 Snail Race organizer RacerX Gullwing recently celebrated a Second Life milestone: his tenth rezzday. And on Saturday June 21st, he threw a big party. Silias Scarborough helped out by playing the music for the event. 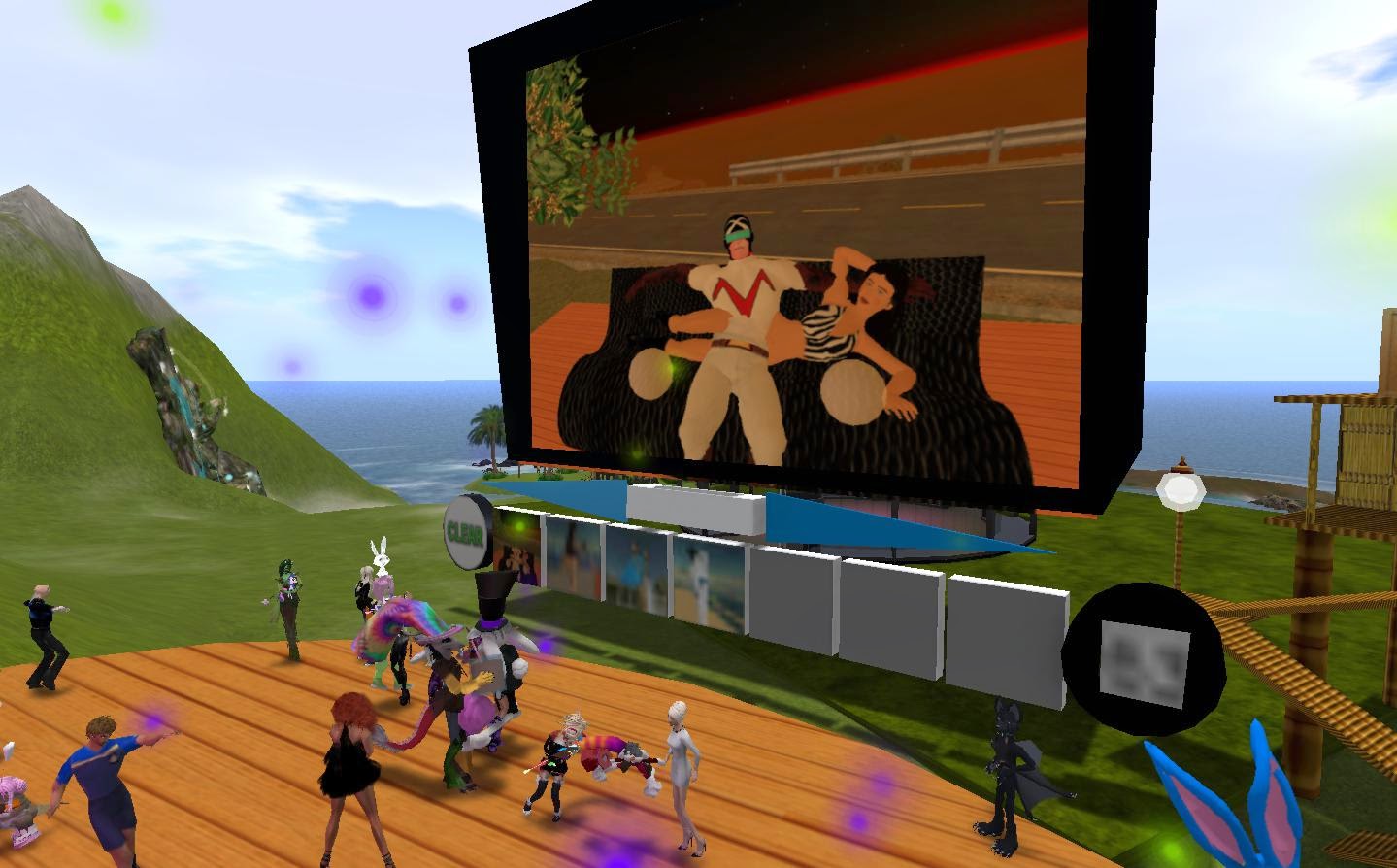 Besides dancing with his longtime partner Safra Nitely, Racer did a slide show of pictures of his early days. At first, he looked like "Racer X" from the anime "Speed Racer," hence his name. Later on he would start and practice building until he had the bunny form he wears today. 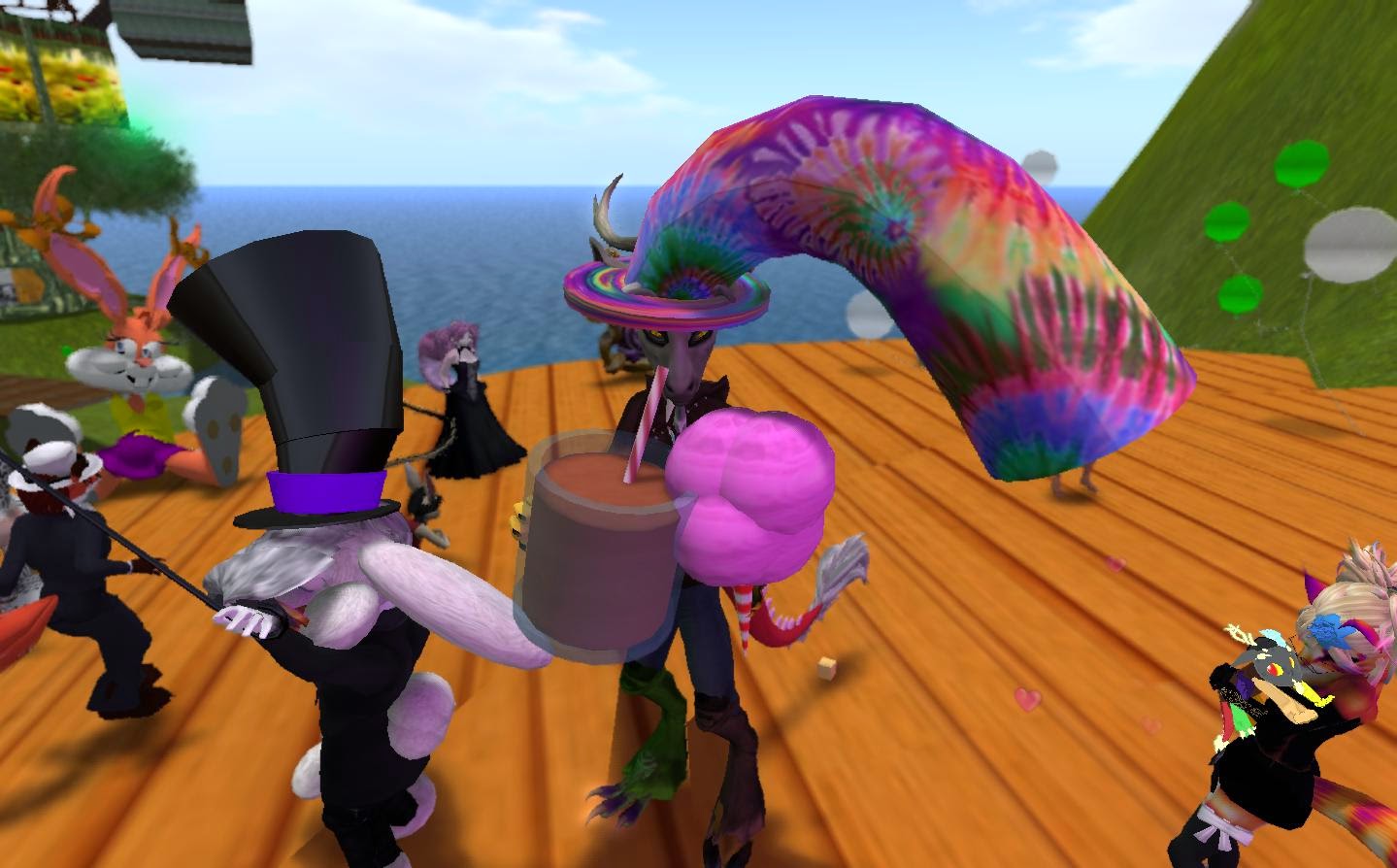 The party was big in both attendance, and the variety of avatars who showed up, furs, tinies, micros, ponies, and of course regular human avatars. 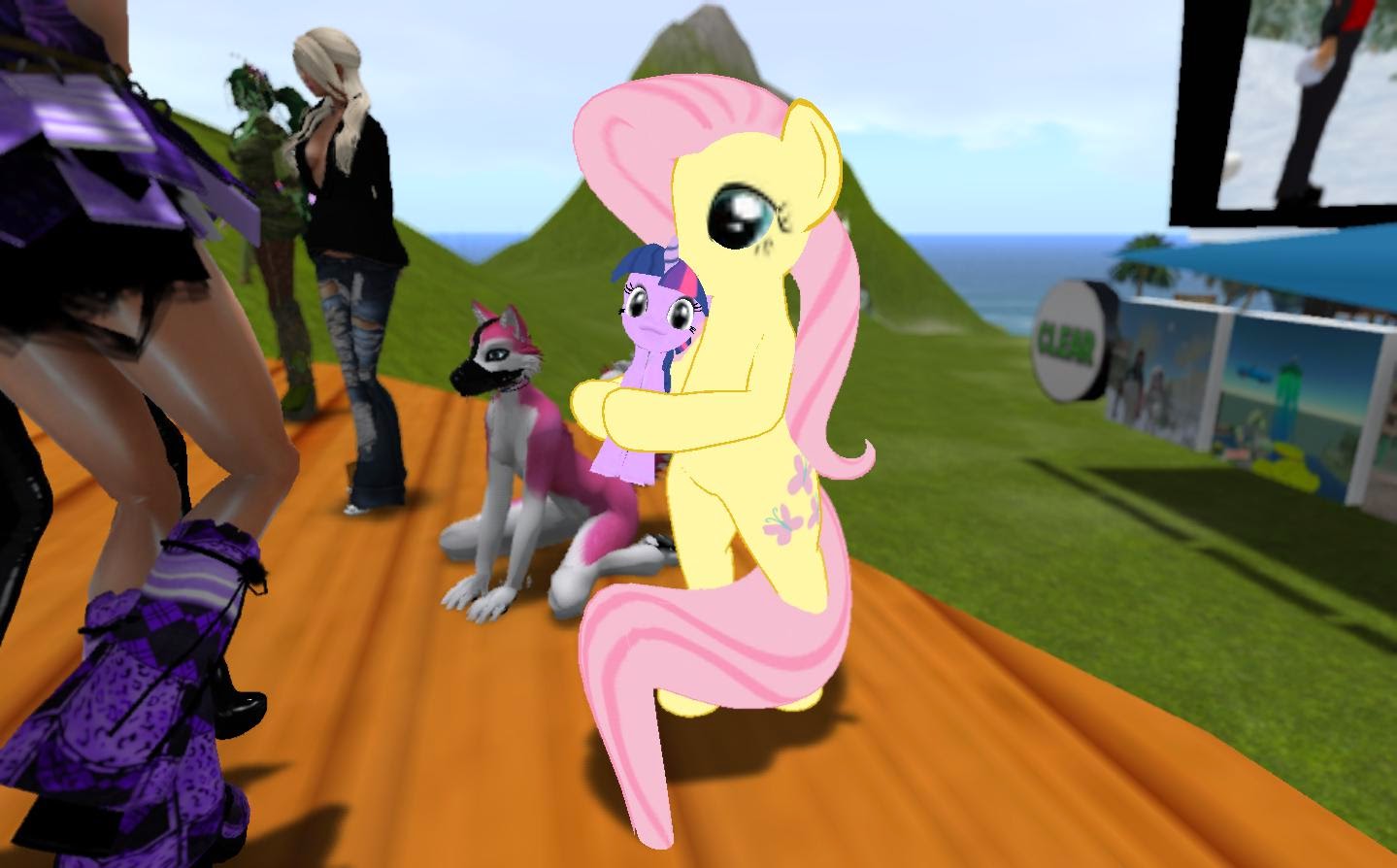 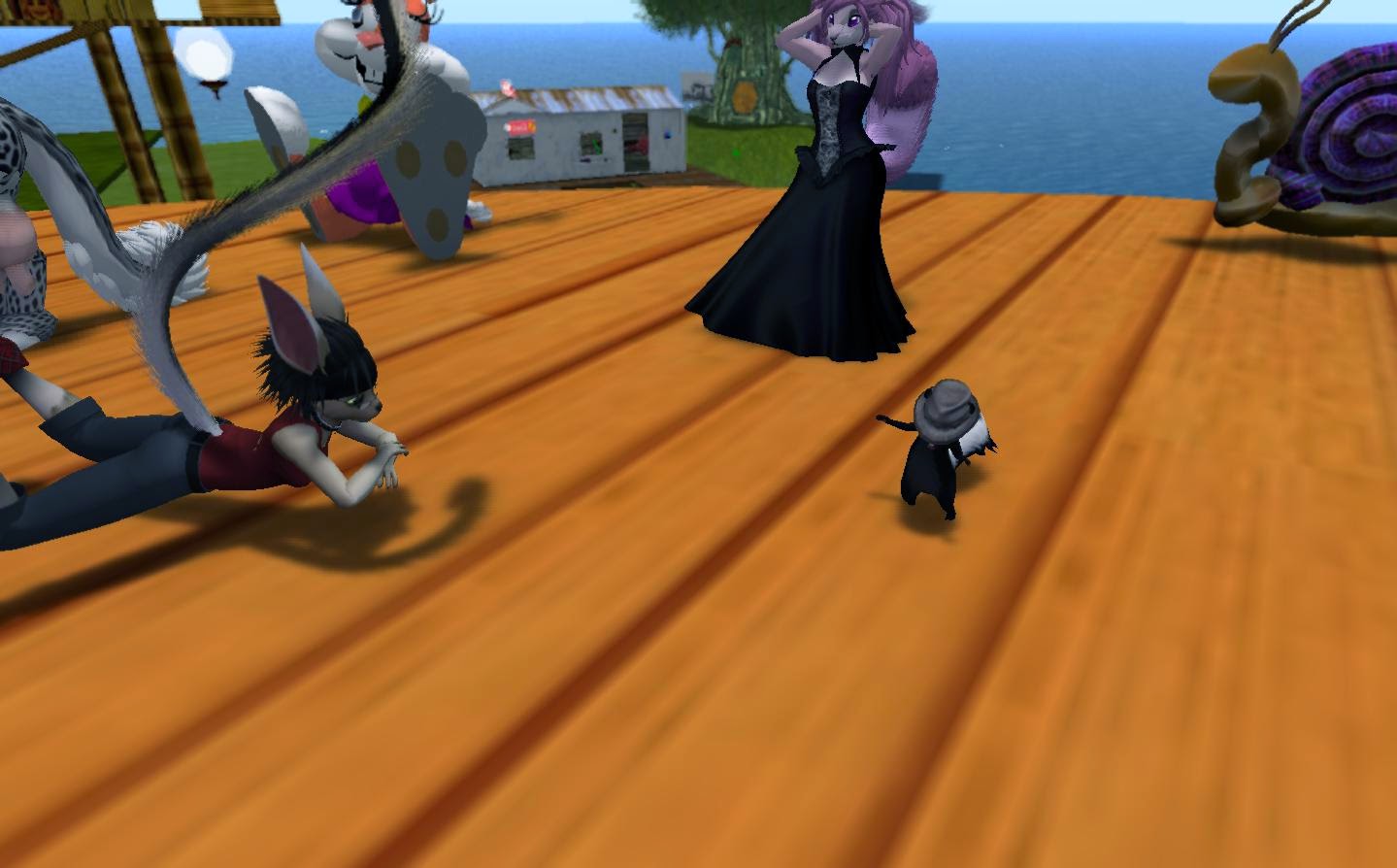 One furry commented he had never seen such a variety of folk in a single place. 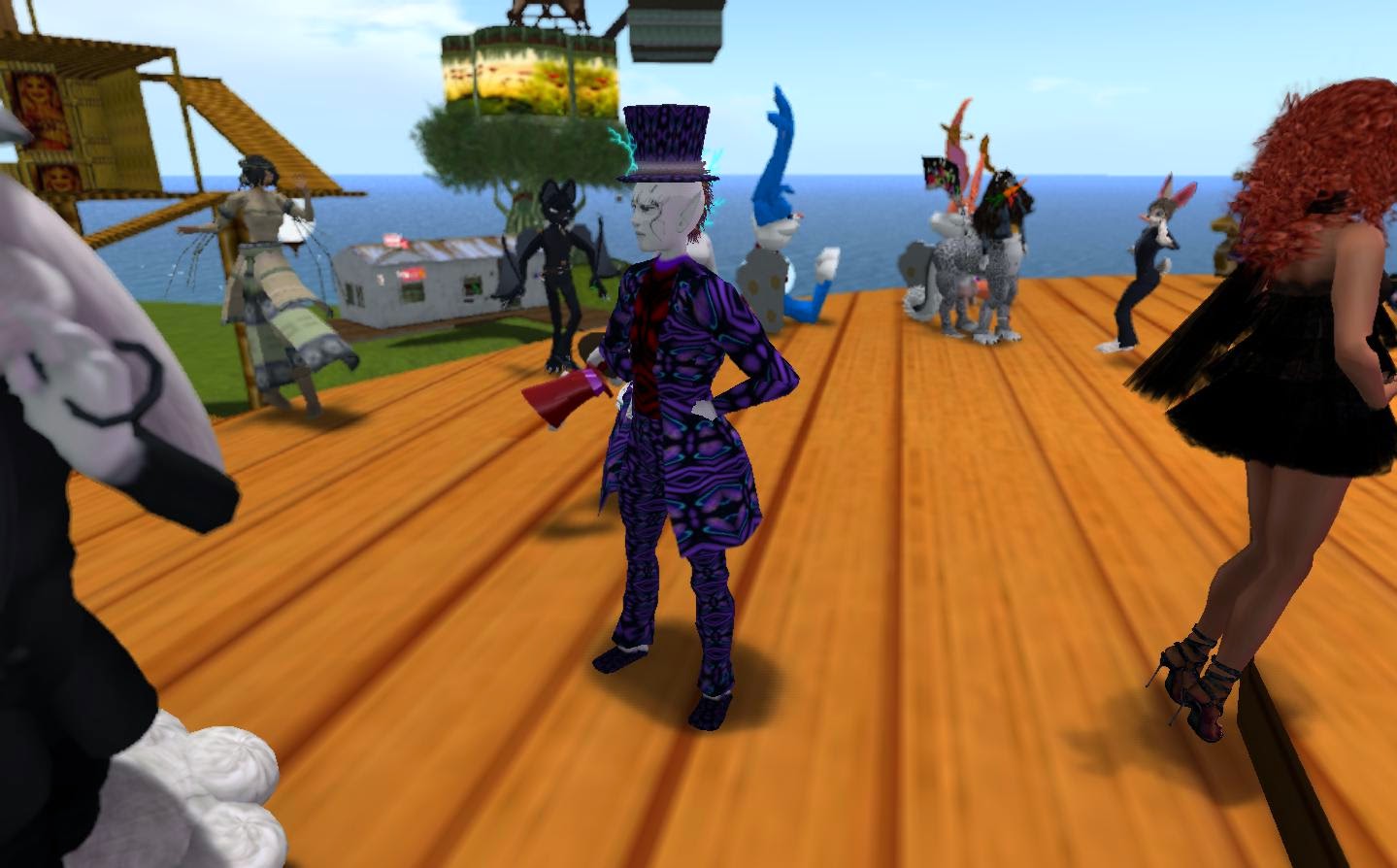 Tuna Oddfellow of "The Odd Ball" was among those attending. 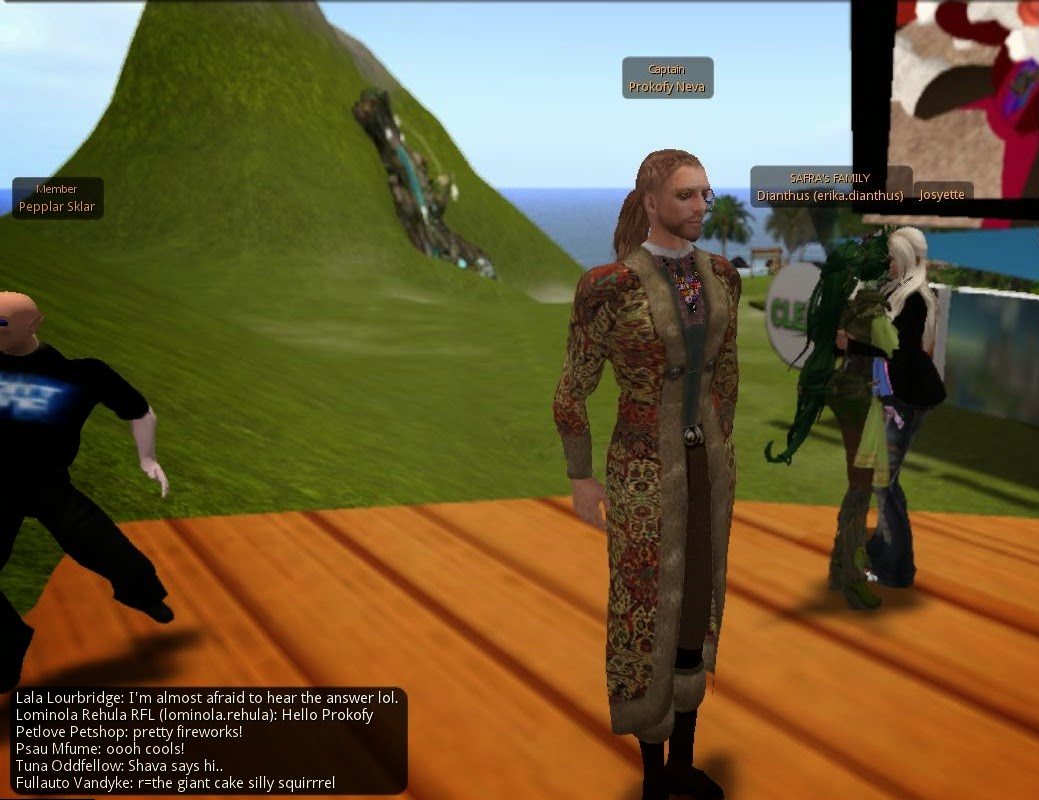 So was Prokovy Neva, another noted resident. 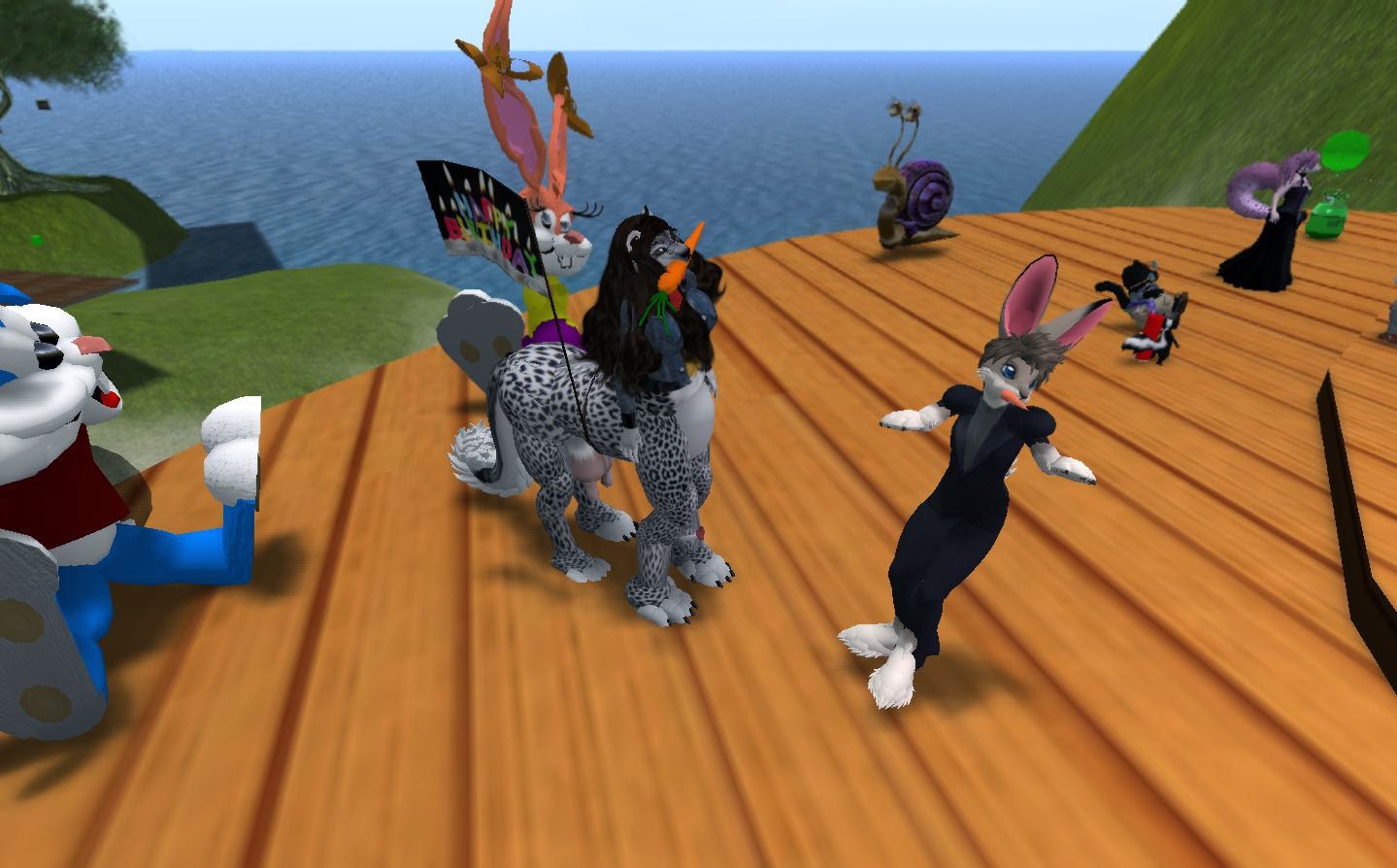 Chakat Northspring of Team Firestorm was also there, and got into the act. 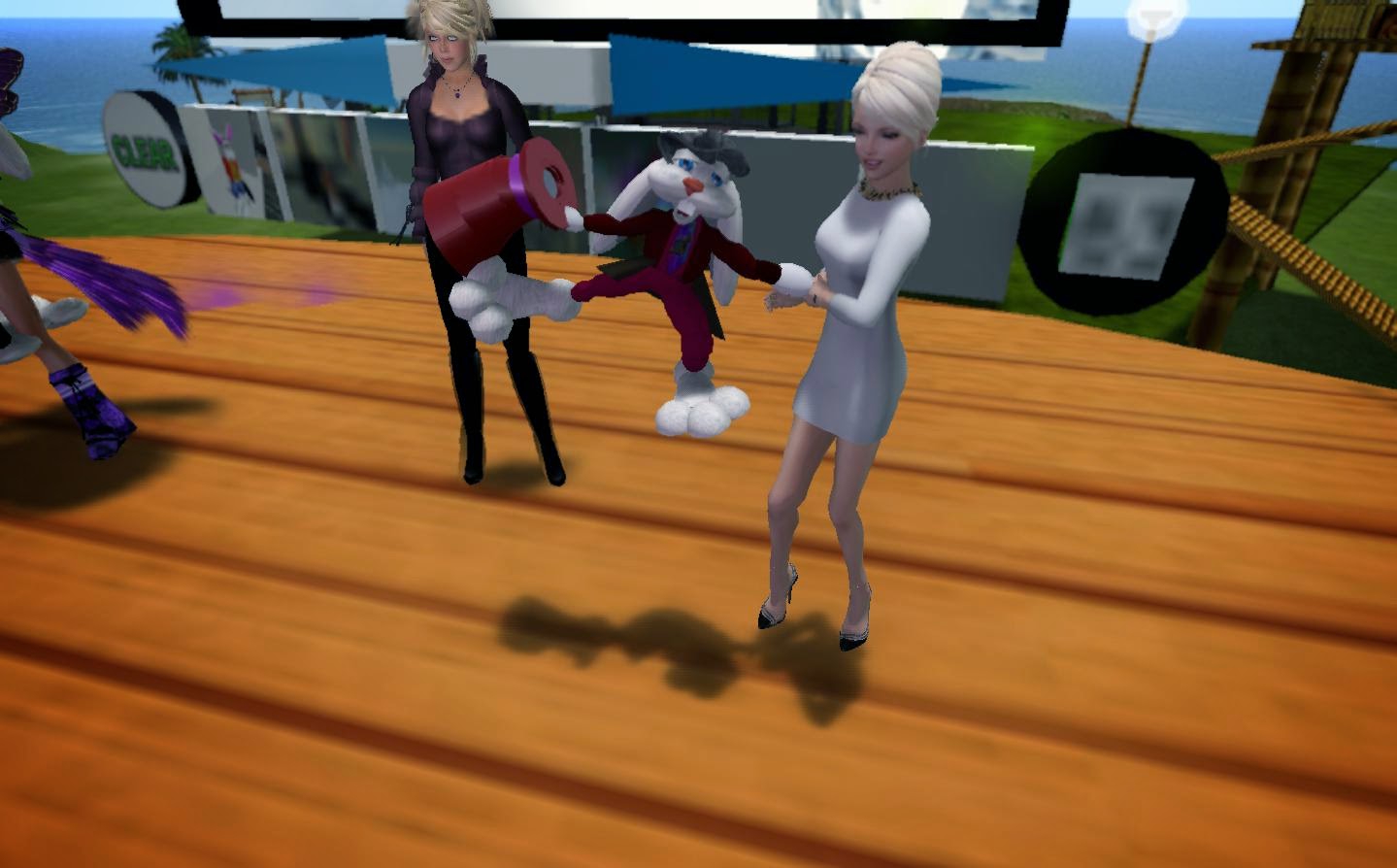 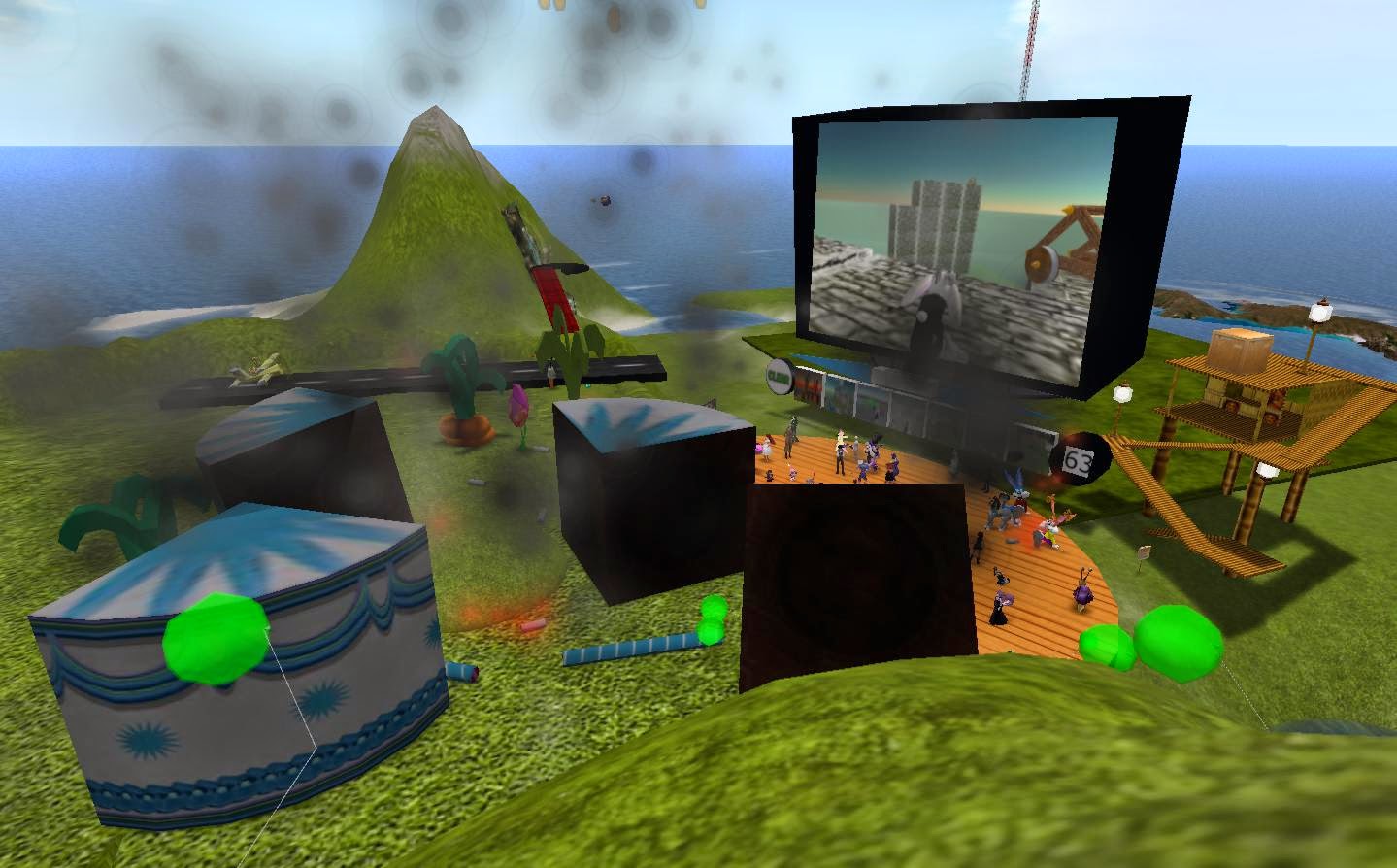 Everyone was happy, until some griefers showed up to try and spoil the party. Prokovy would later describe what happened in his blog. 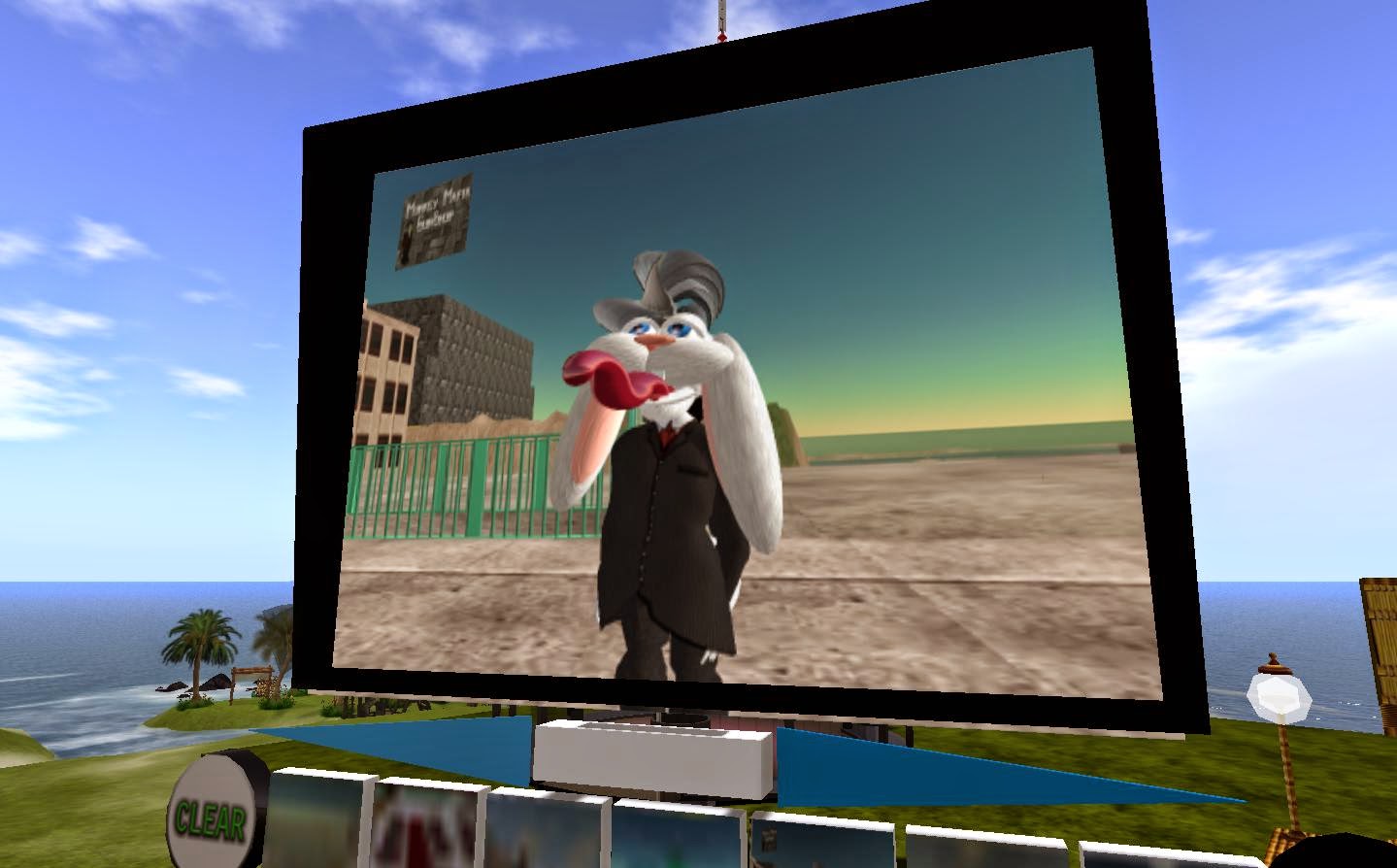 But they were soon given the boot, and the party resumed. The message for the griefers was simple and to the point.

Despite that one slight problem at the end, everyone enjoyed themselves at this one of a kind rezzday party for the "unique bunny" of Second Life's racing scene.

*Addition* Racer would later made a video of his party.