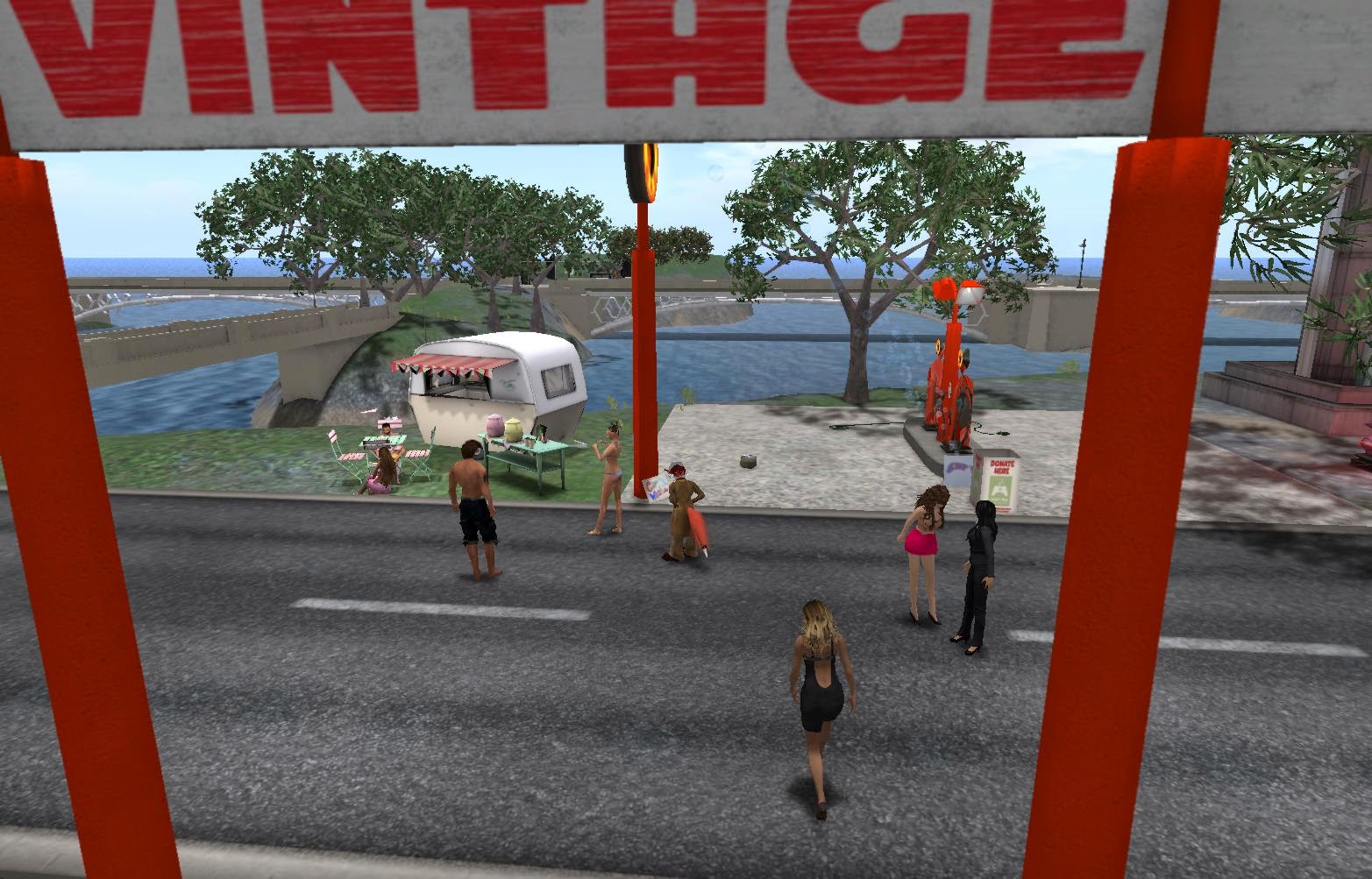 Set between 1940’s and mid-1960’s America, Bay City is a sprawling city with forty regions, with 24 of those regions containing land owned by residents. And as its time period suggests, this metropolis takes us back in time before computers, fast internet, color TV and missions to Mars. And every August, this mid-century city seeks to bring together the finest car designers in SL for an unforgettable exhibit of classic cars from decades that car lovers consider the hay-day of classic autos.

These cars are on display for a reason. They are quite realistic. It is obvious from looking at them that the designers take a lot of pride in their creations. Most if not all of the models at this year’s event featured working lights, doors that opened, realistic steering, multiple speed andturn settings, and customizable license plates. These vehicles came in a wide variety of styles and colors. I even saw a light pink Cordail that I was highly tempted to purchase! 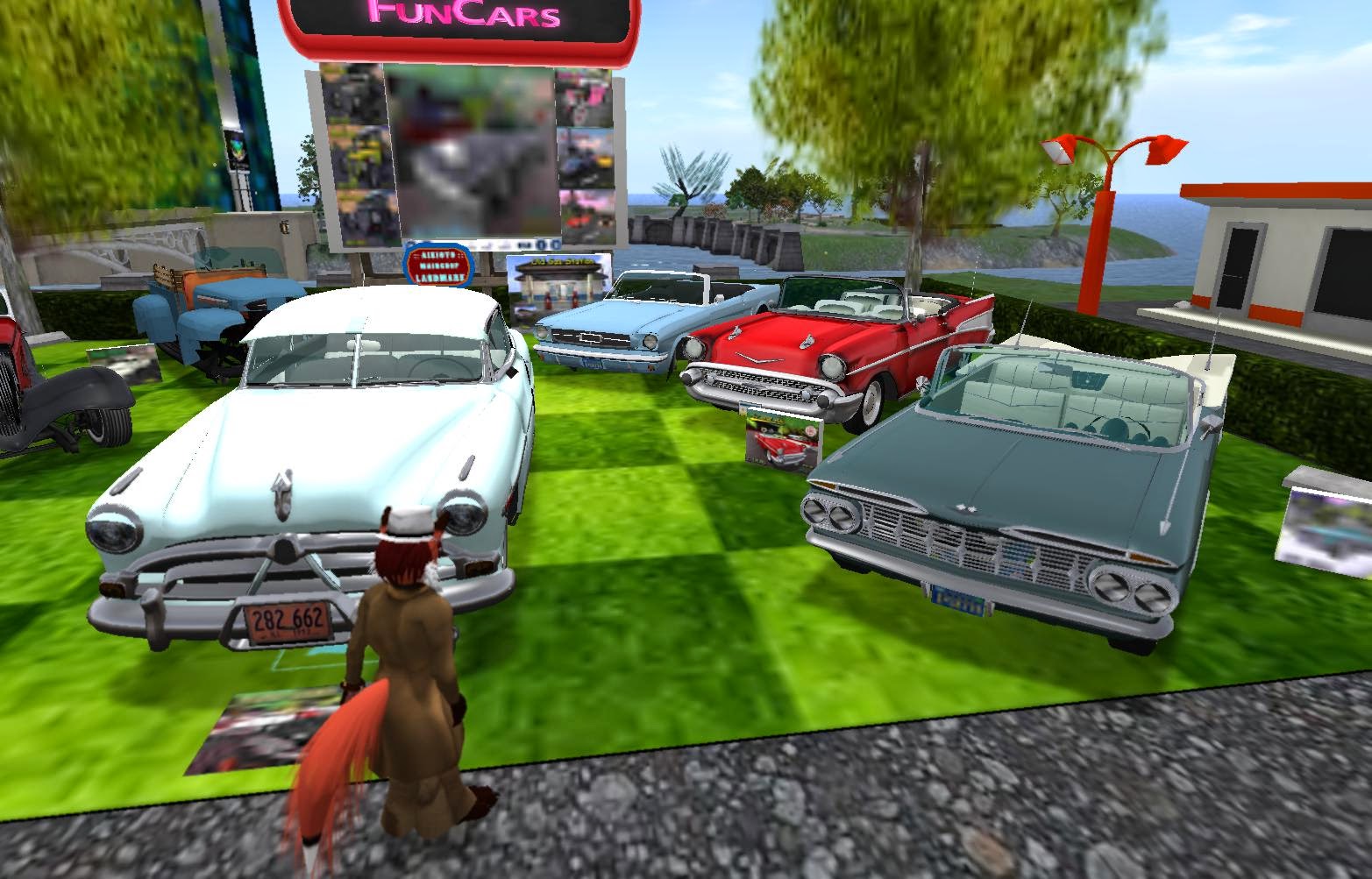 Some of the companies featured in this exhibit were Bull God Choppers, Alkloto Fun Cars, GEMC,  Cindy Henusaki Custom Cars,, What-Iff Motors, and CHC.  Launched three years ago by the Bay City Alliance, this event is produced by Marianne McCann, a city resident.

Recently I sat down for an interview with her in which she explained a bit about Bay City and its events. “The land is Linden-owned and used by the Bay City Alliance for local events, such as Hot Bay City Nights, our annual Tree Lightings, Mole Day, our anniversary, etc. Bay City is mainland. We all own our own parcels here, though about half of the infrastructure is owned by Linden Lab and used by all Bay City Residents. Well, anyone on the grid, really.” 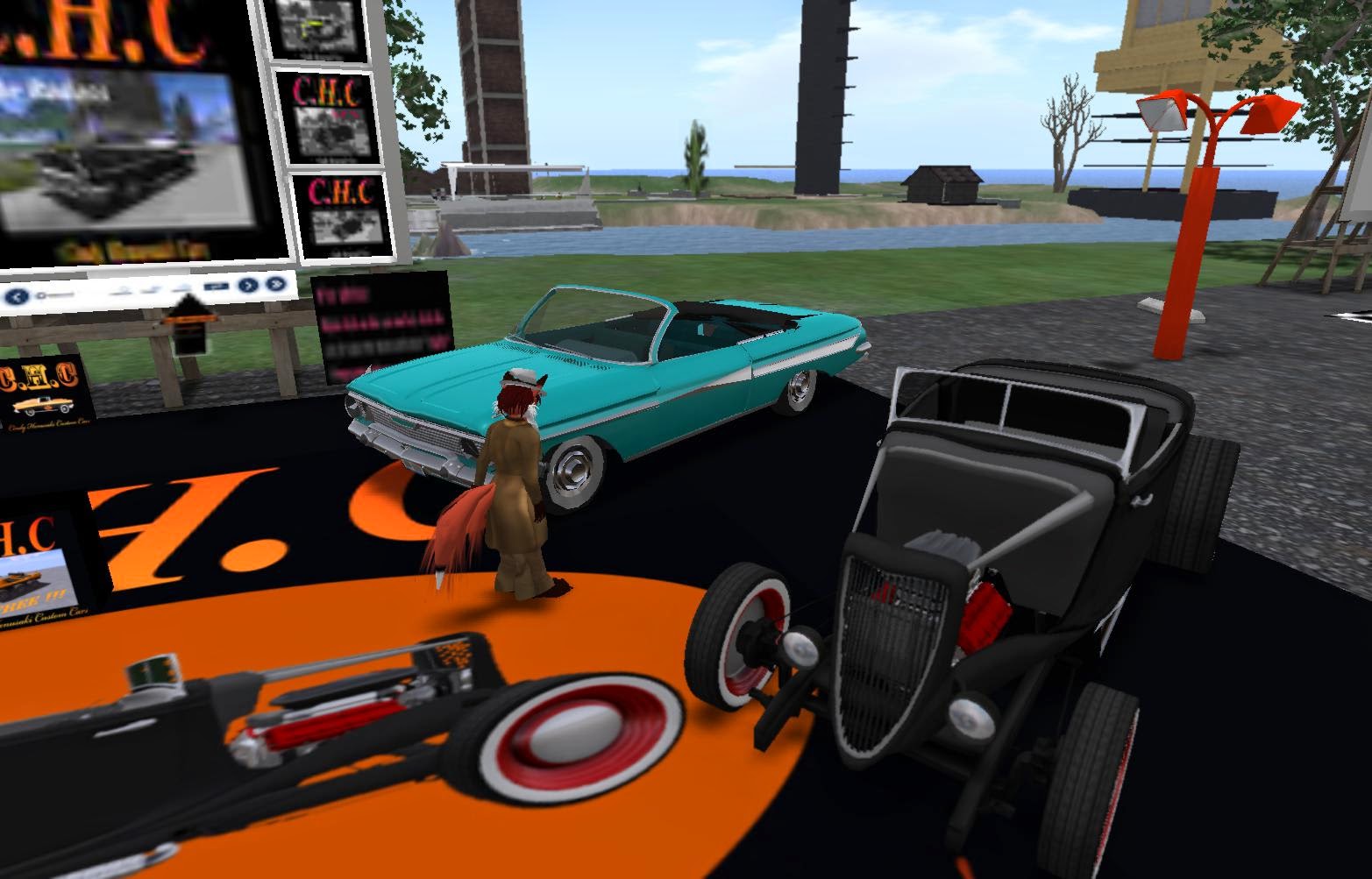 When I asked how the event got started she said: “About three years ago, we did our first Hot Bay City nights. The idea for it is simple. We invite in some of the best vintage car designers in Second Life to show their wares. No cost to them. They can show and sell the best of what they have. We just ask that they keep it in the "theme era" of Bay City, of course, which is 1940-1965. Then we as a community hold car washes throughout the week, to raise money for charity.”

Those car washes were very successful, with L$115,900 raised for ChildsPlay, a charity that provides toys to sick children who are hospitalized. And this, it seems, is what the residents are most proud of. Childsplay.org is the charity’s website, and Marianne says that with such low overhead cost, the organization is very effective. 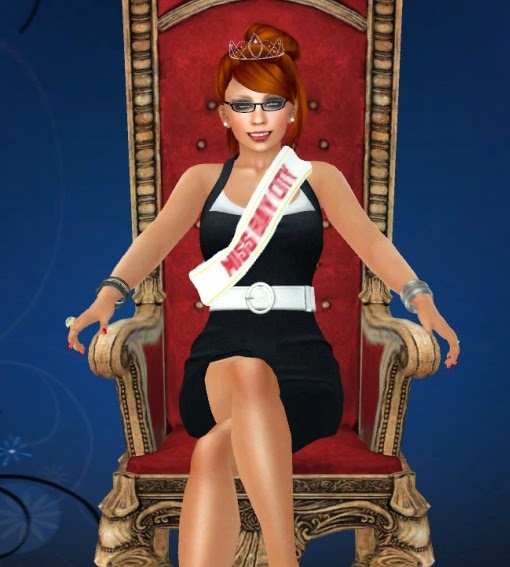 She went on to discuss another highlight of Bay City Nights: the crowning of Miss Bay City. “We have our annual Miss Bay City competition, where one lucky contestant will be crowned.” This year’s winner was Uccie Poultry-Seale, a Bay City resident herself.

At the conclusion of our interview, when I asked if she had anything to add, McCann said “just thanks for all who did participate in hot Bay City Nights, from Linden Lab for their help in promoting, to our car designers, to all our Residents who came out to wash cars, participate in Miss Bay City, and just enjoy the event.”

Celene Highwater
Posted by Bixyl Shuftan at 6:00 AM