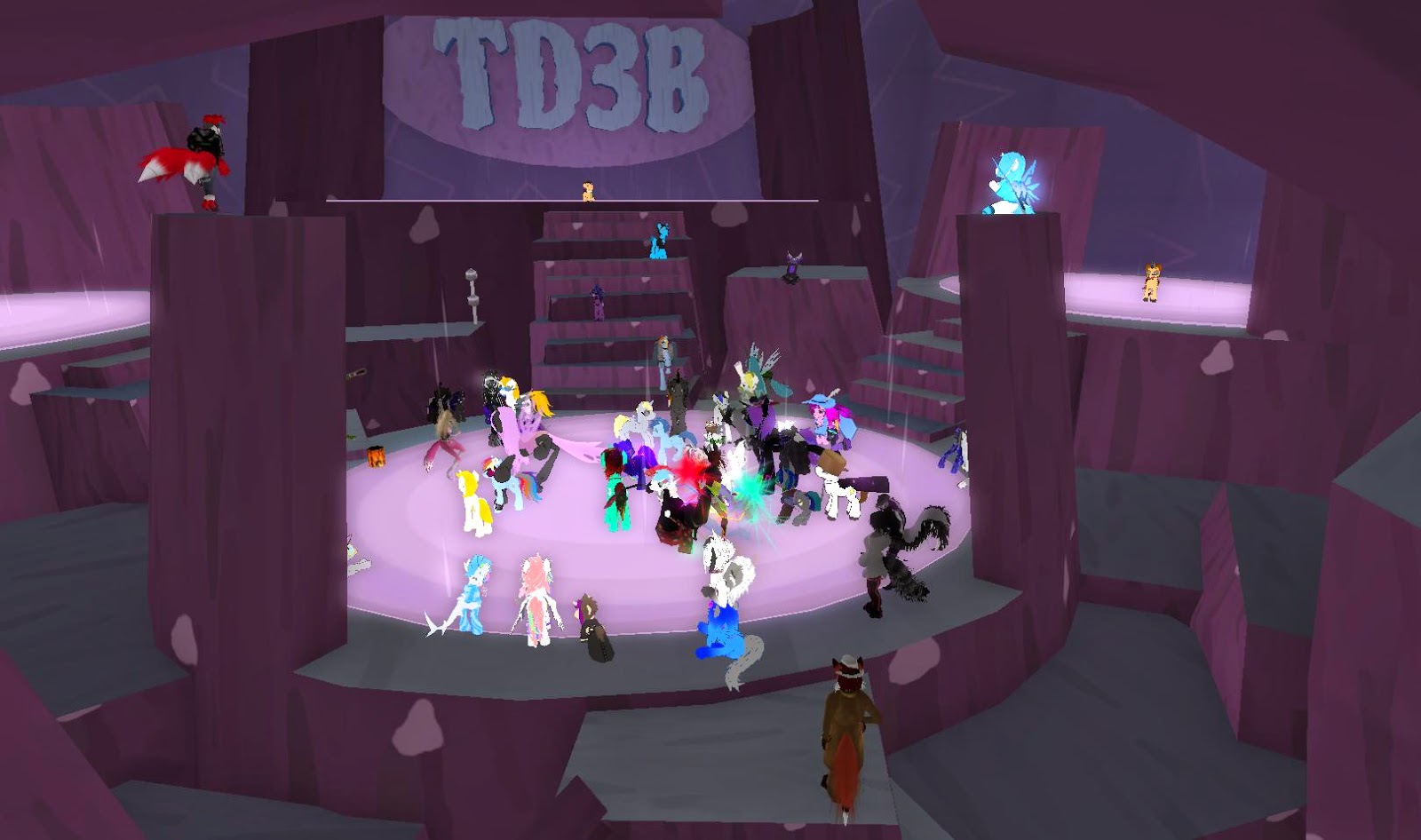 Last Saturday, September 20th, the Trotsdale pony sim celebrated its third anniversary, with a party high above the sim. A few dozen locals in their characteristic "My Little Pony" avatars, along with some visitors from Luskwood and other places danced away to the music of a live performance by Jaycatt Nico and Frogg Marlowe. 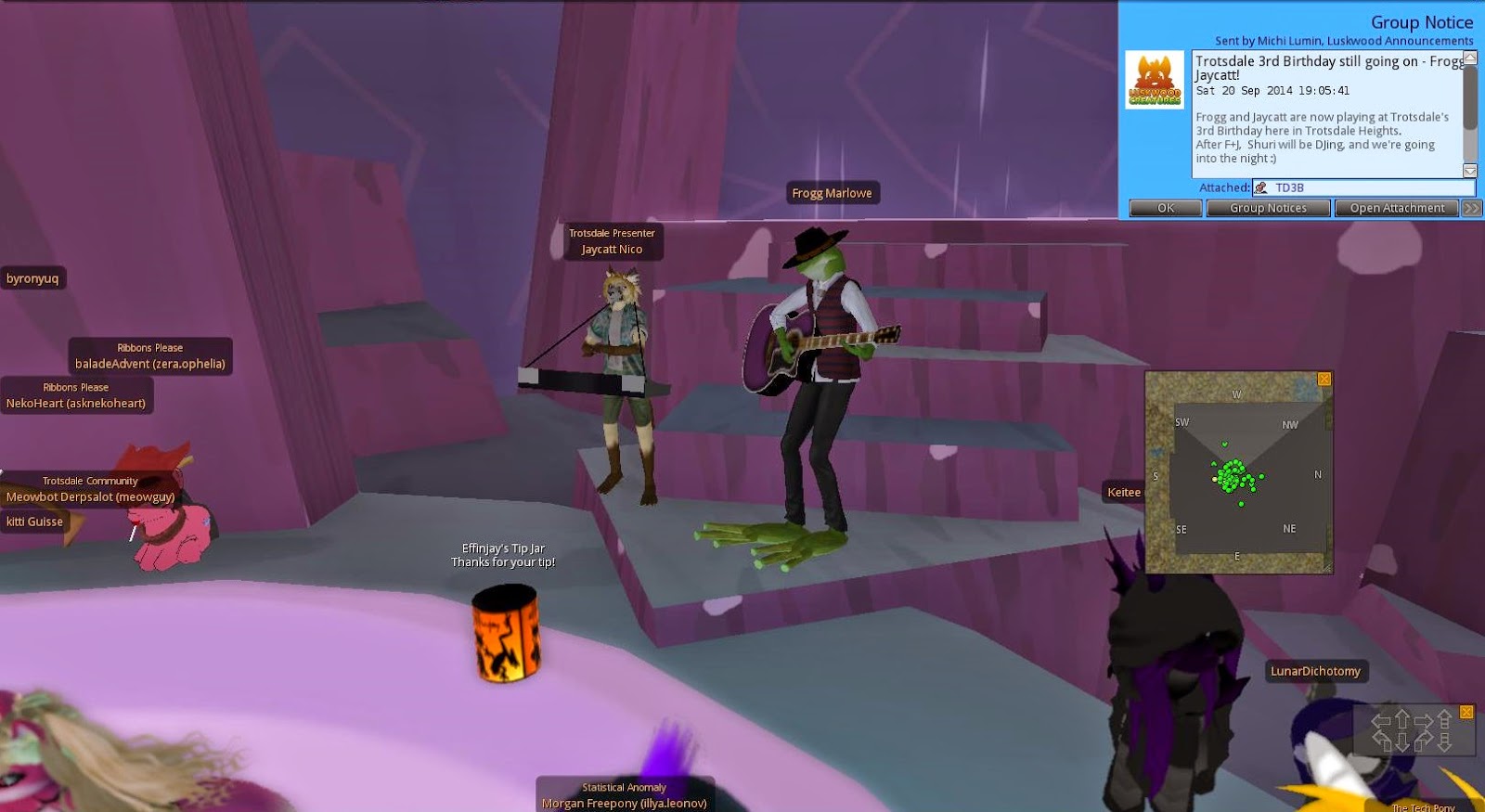 "Frogg and Jaycatt are now playing at Trotsdale's third birthday here at Trodsdale Heights. After F+J, Suri will be DJing, and we're going into the night." 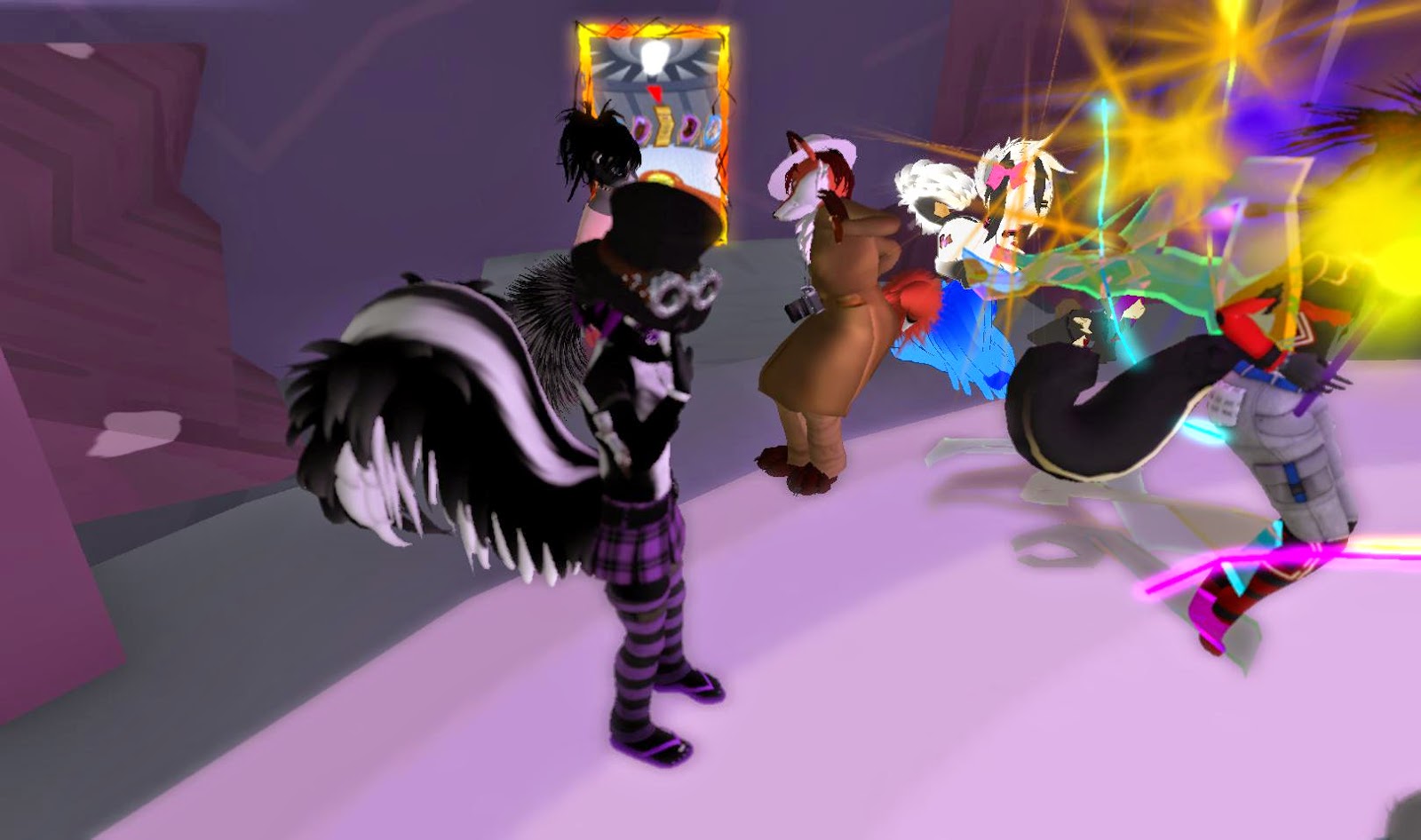 Michi Lumin, one of Luskwood's founders, was among the two-legged visitors helping to celebrate. 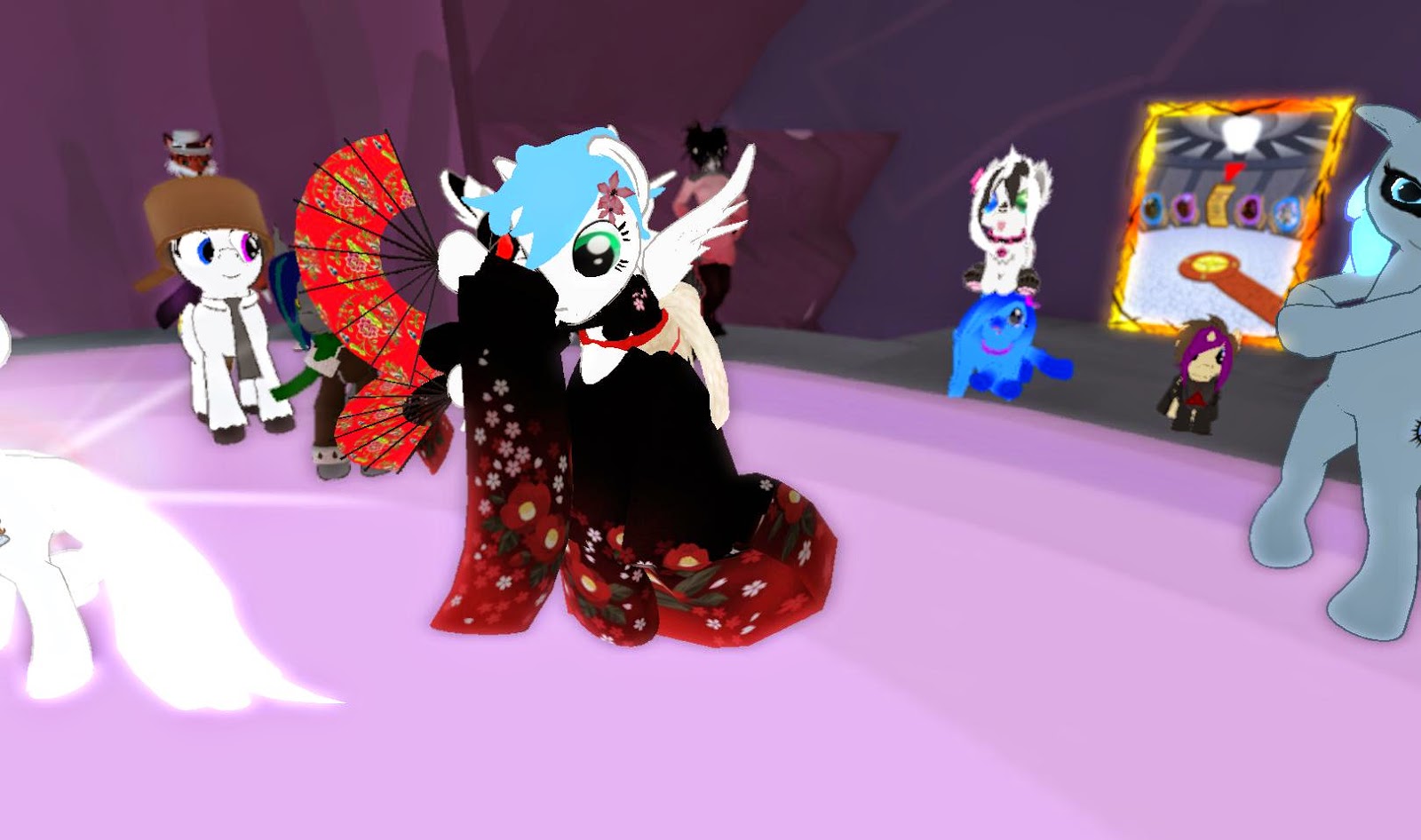 The locals came out in pony avatars large and small, one whom dressed up for the occasion.

Eventually Jaycatt and Frogg finished their routine, and the audience applauded, "Thanks for the the music-ings!" "It would be nice to see you two perform at Trotdsale more regularly." "Thanks again, Jay, Frogg." "Thanks for playing F&J you two are awesome." "Hopefully we don't have to wait till next year to hear you guys again." "Dont' worry, Trotsdale has a catch and release policy for musicians I'm sure."

There were a few comments about making the pair honorary ponies, "We could declare them already ponies by fiat," as the tender part of a horse's hoof was sometimes called a "frog," "We're walking on our frogs." That got a few chuckles from Frogg Marlowe, "never heard that before! Cool!" There were also a few jokes about their avatars being contagious, "You will get ponied in your sleep. It happens." "Unleash the ponification ray!" "... ponification isn't required, it just sorta ... happens around here (grin)."

Jaycatt and Frogg thanked the crowd for their well wishes, "It was a lot of fun." "Always glad to be a part of special occasions like this ... Thank you all so much!" Then they headed out as the local DJ,  DJ Dash (shurikenangel), began playing, "Thanks again everyone. Happy anniversary Trostdale!" Michi also headed out, "Thanks everyone for being here and I'll be back later tonight. But mostly, thanks for three years of this, putting up with our growing pains, and the changing pony sim scene, and sticking by. It really is appreciated, and you guys being here is what makes this possible."

*Addition* I later chatted with Michi. It seems she's not exactly just a friend to Trotsdale, but the owner of the place. She told me she was co-owner for a time, then made full owner.