Scenes From One Billion Rising 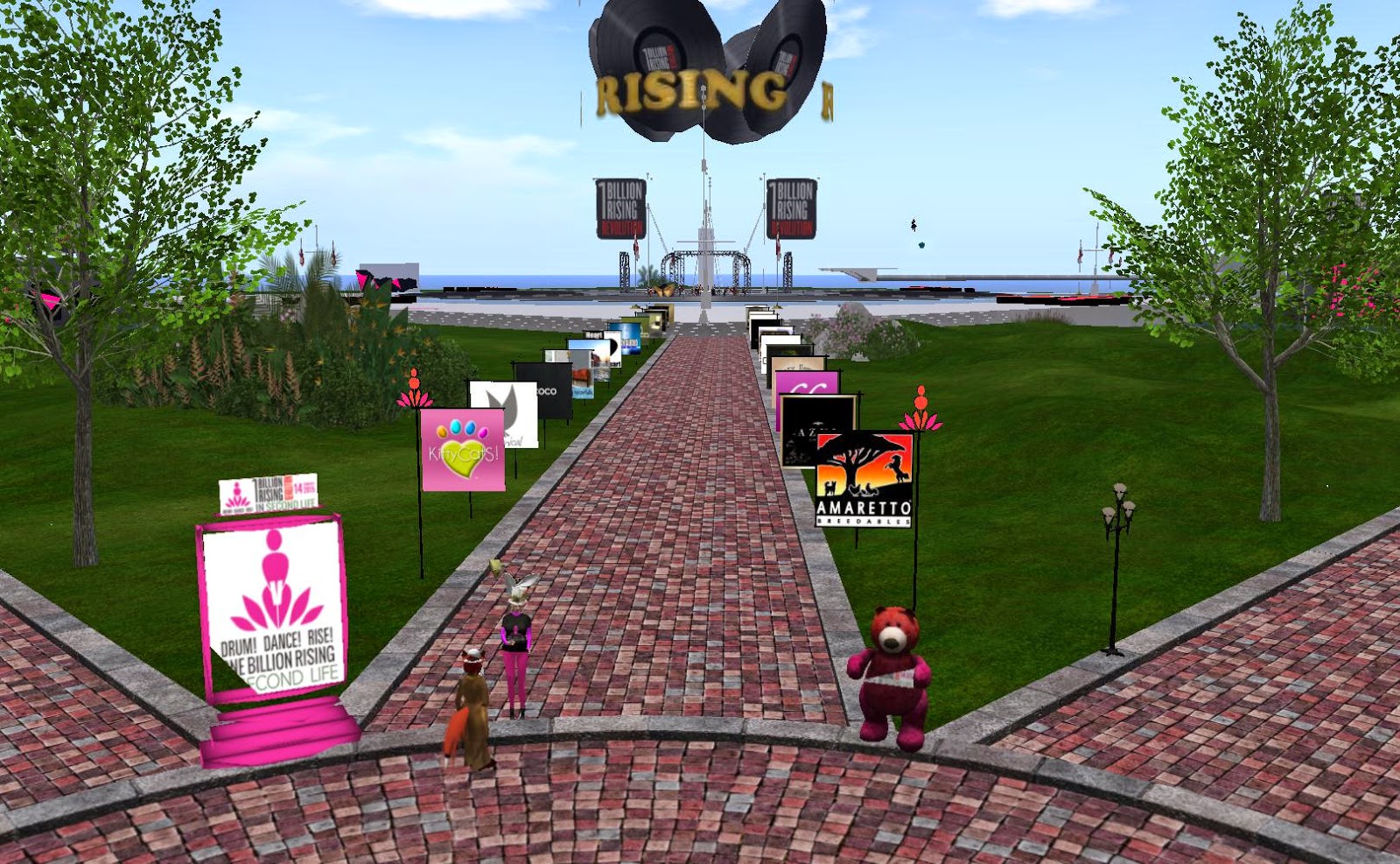 On Saturday February 14, Valentines Day, the One Billion Rising women's rights event took place across the world. For the third year in a row, Second Life was the scene of it's own "Rising." 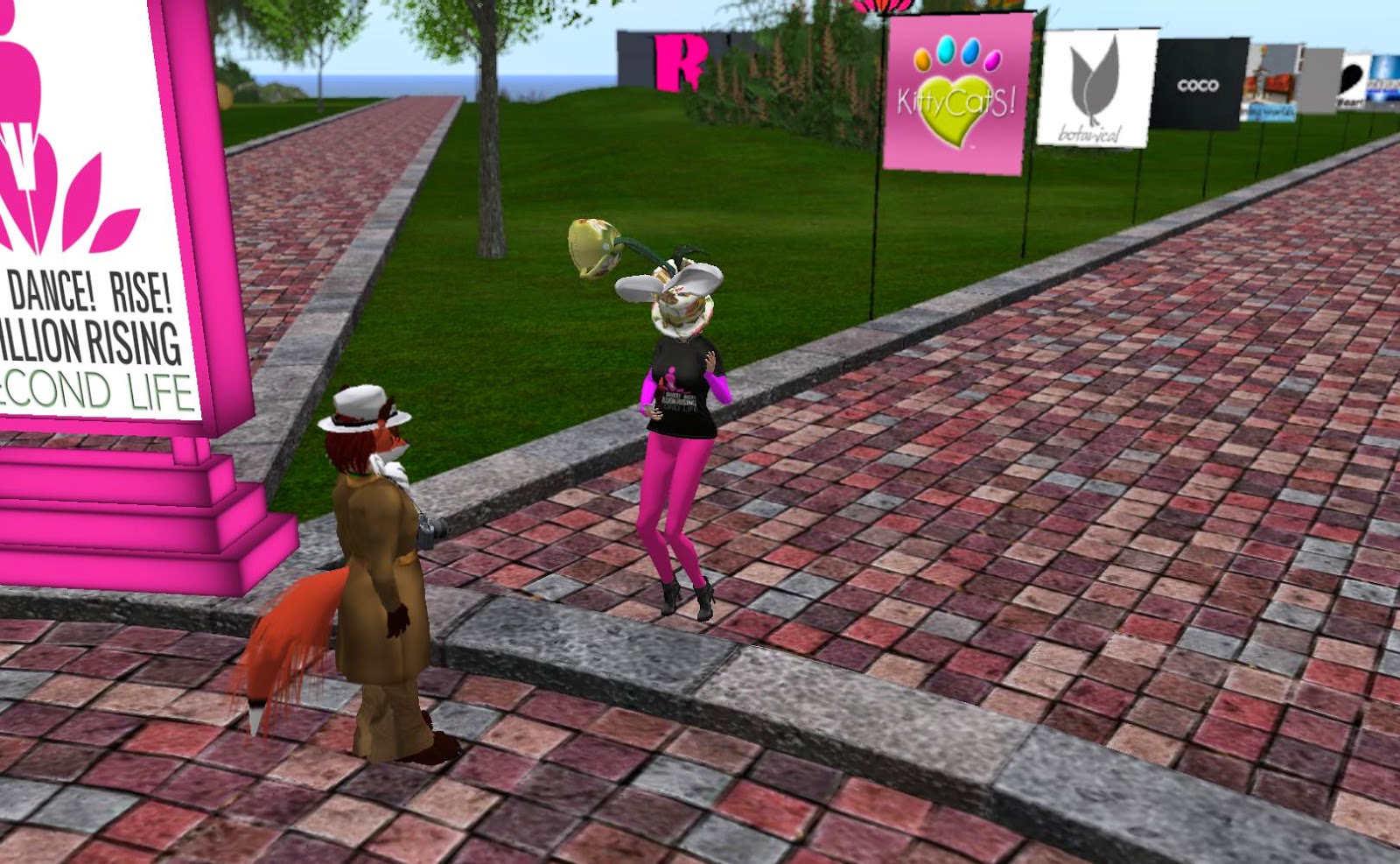 In four sims, OBR Change, OBR Drun, OBR Dance, OBR Rise, volunteers both greeted visitors dropping in, such as the Newser's own Gemma Cleanslate, as well as hosting various events such as dance parties. 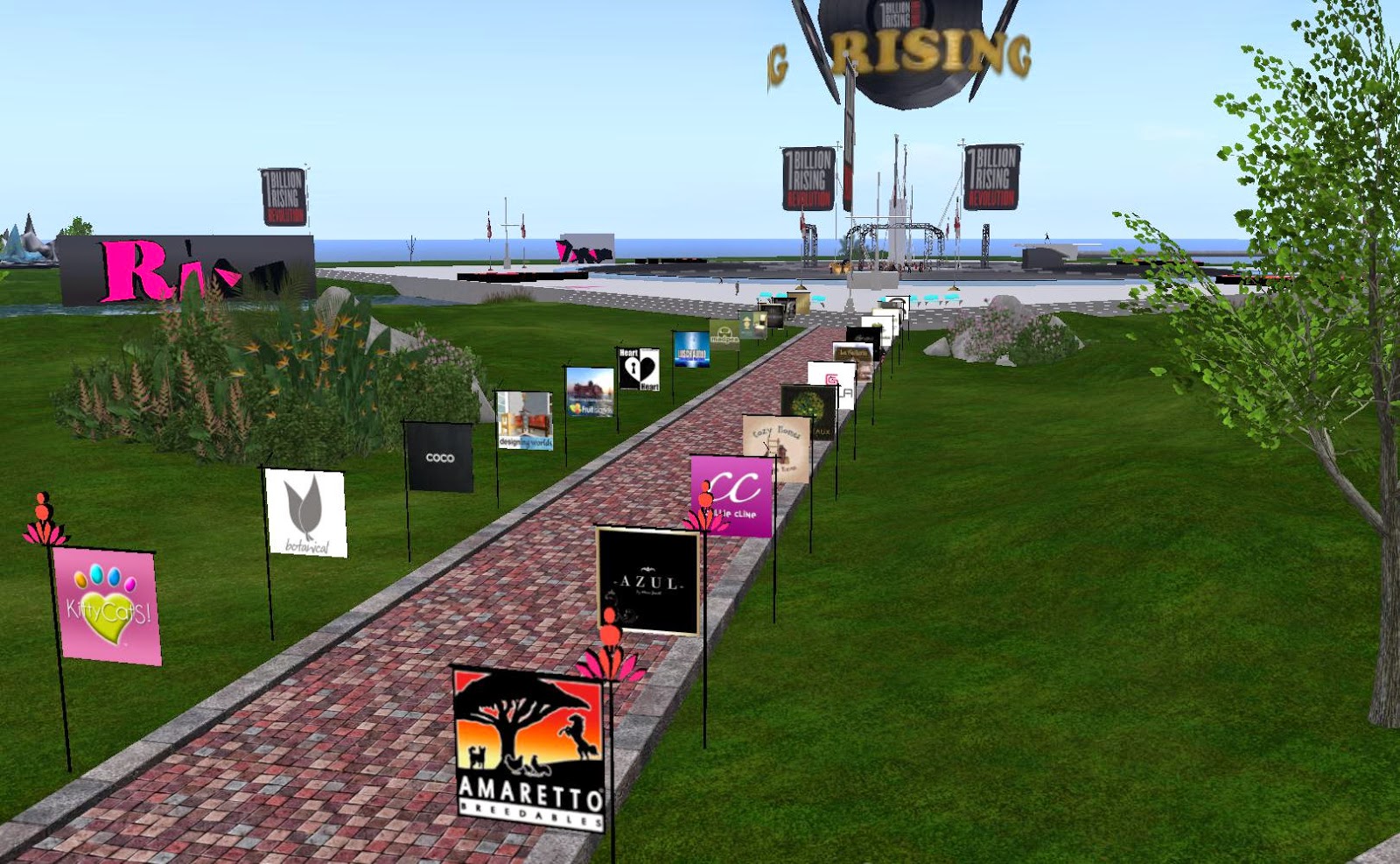 "One Billion Rising" was backed by a number of sponsors, which had banners up on the walkways to the main stage. 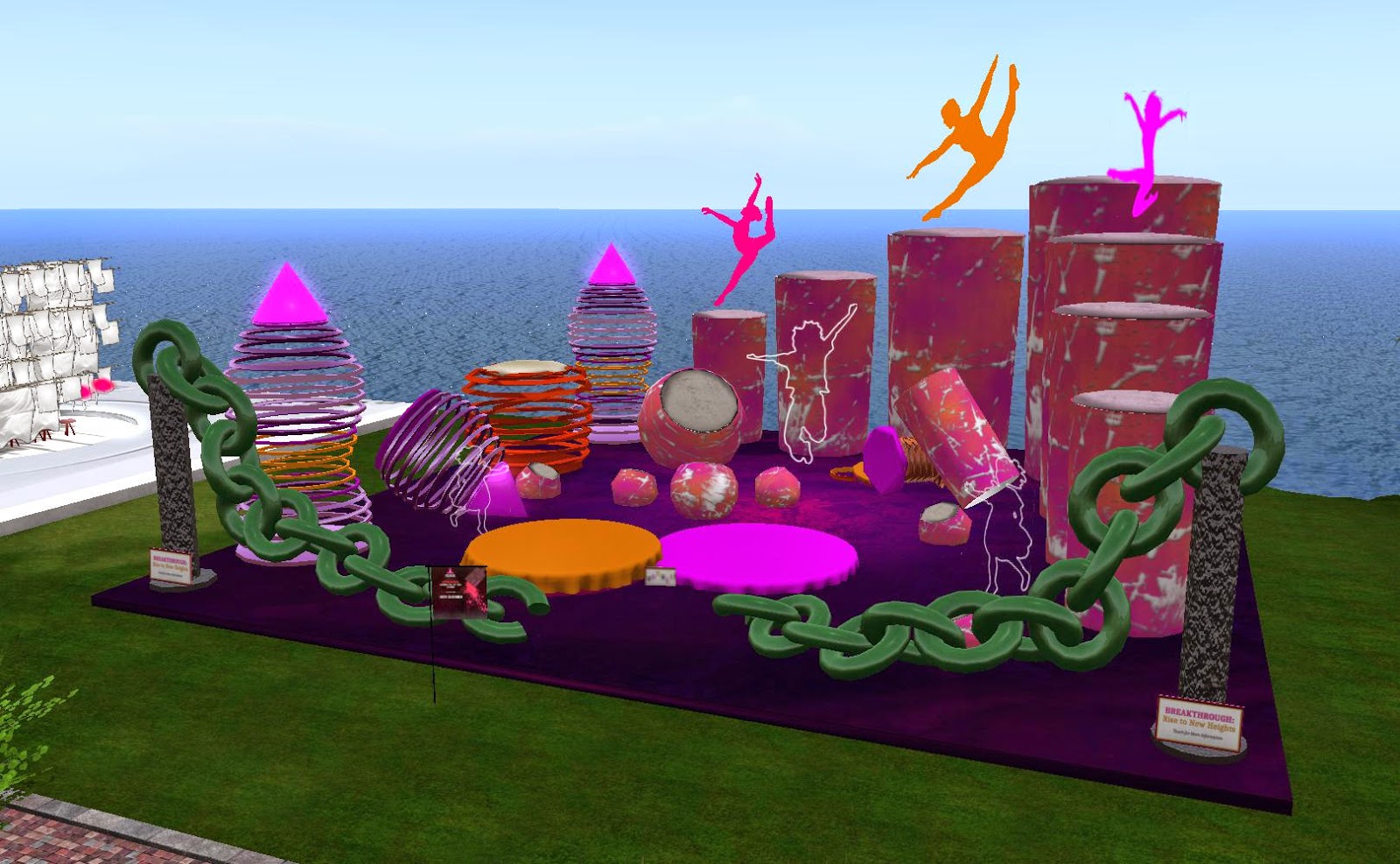 There were also various artists exhibitions across the sims. "Breakthrough," near where Gemma greeted visitors, was symbolic of the "Break the Chain" video. 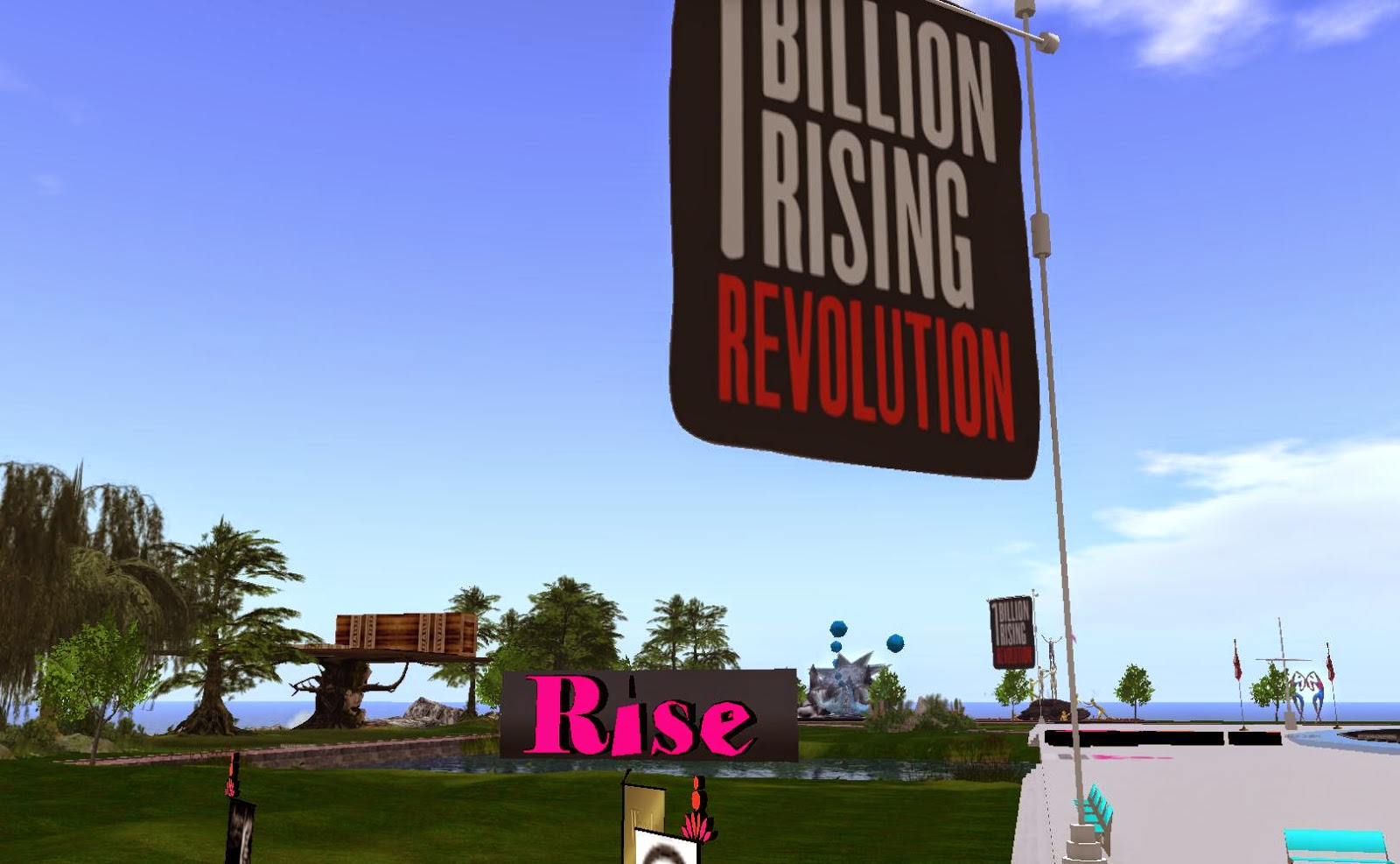 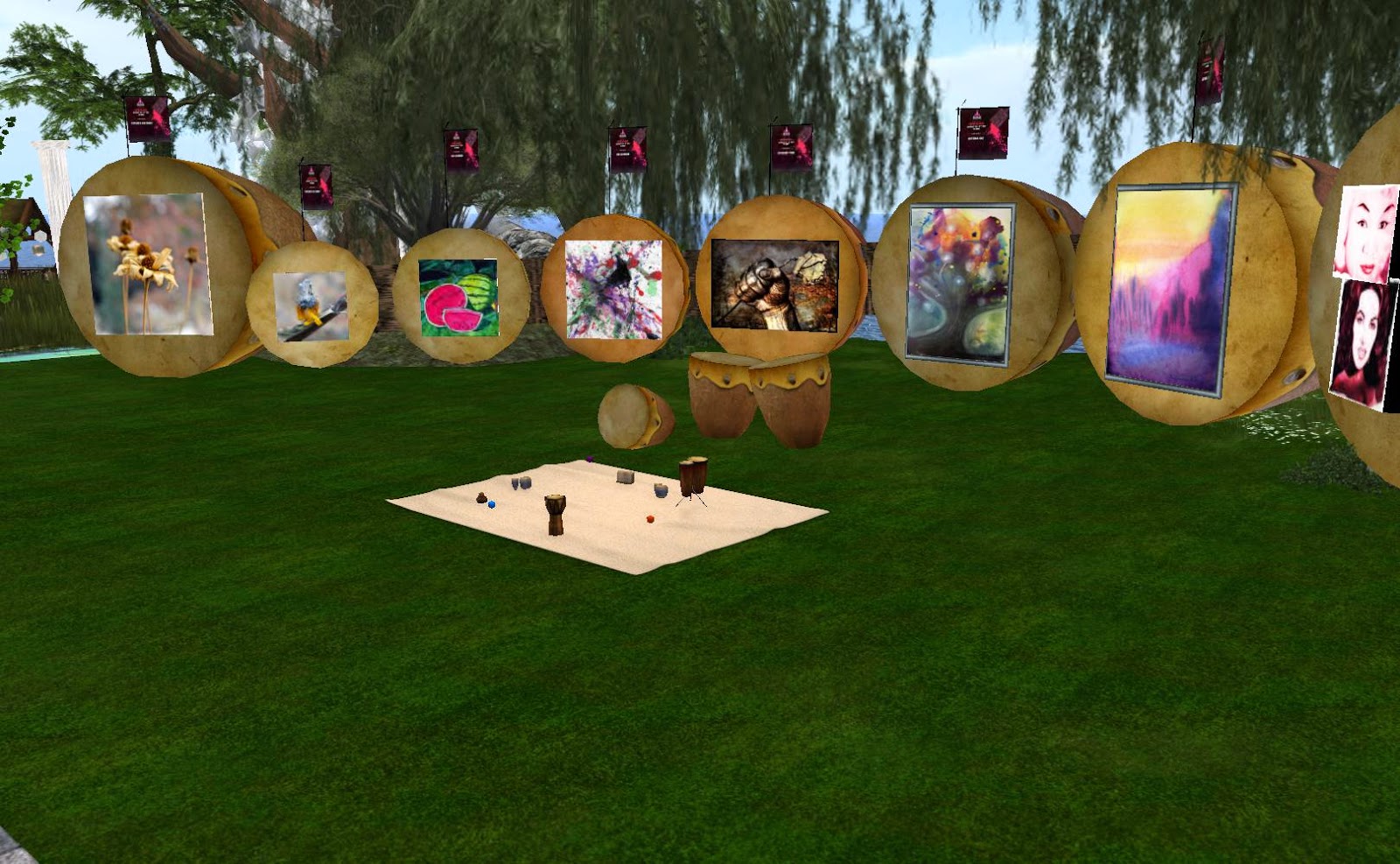 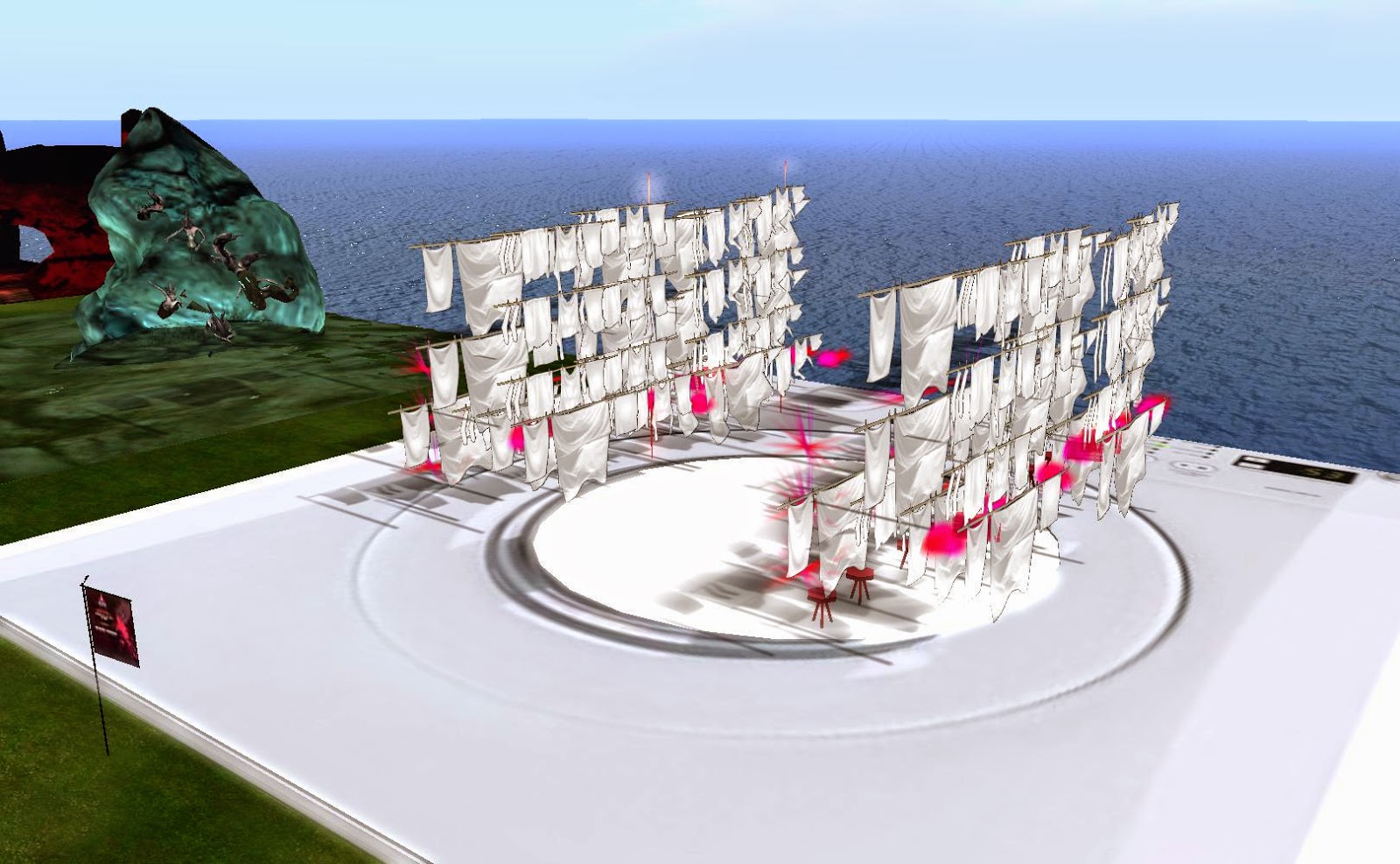 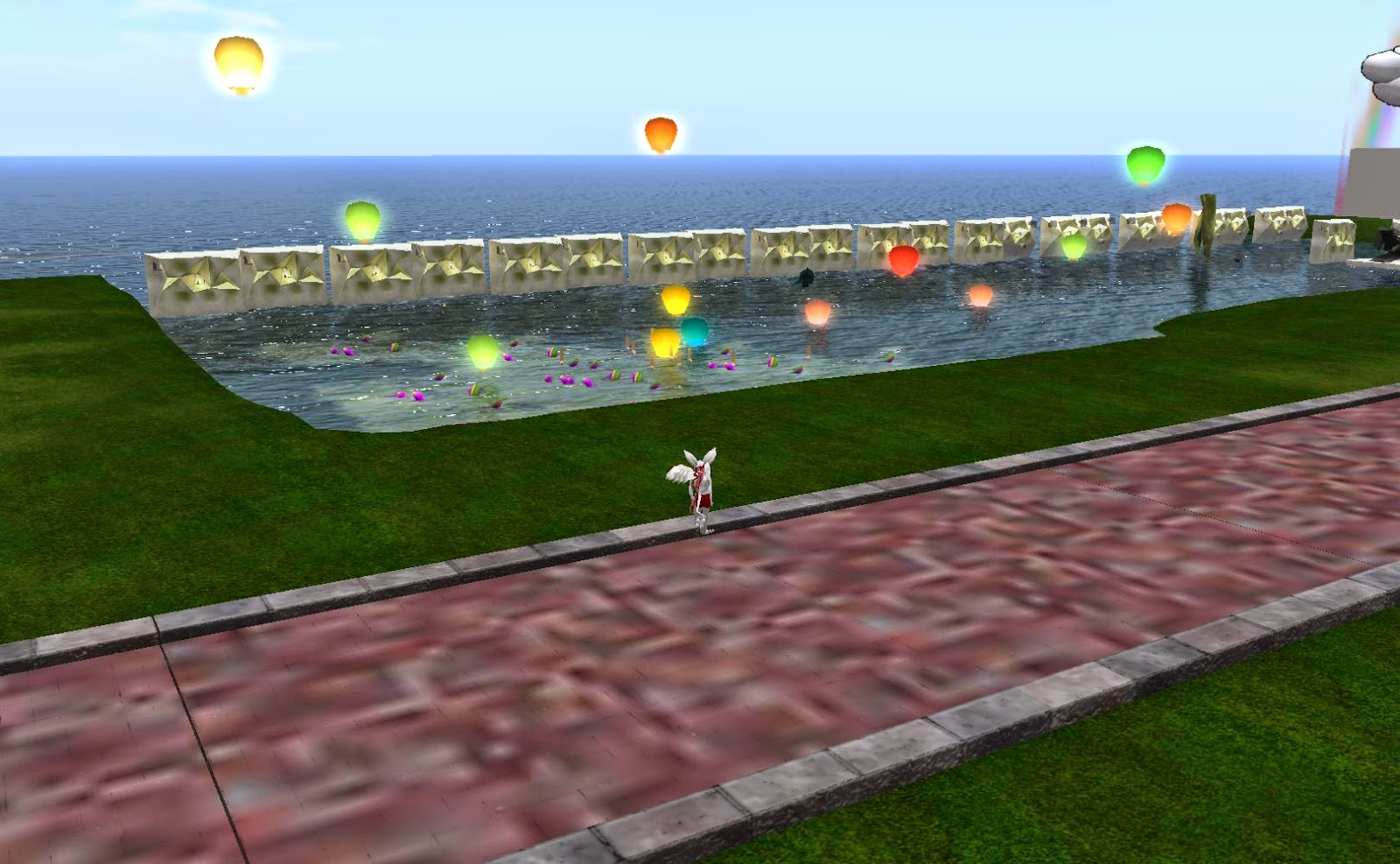 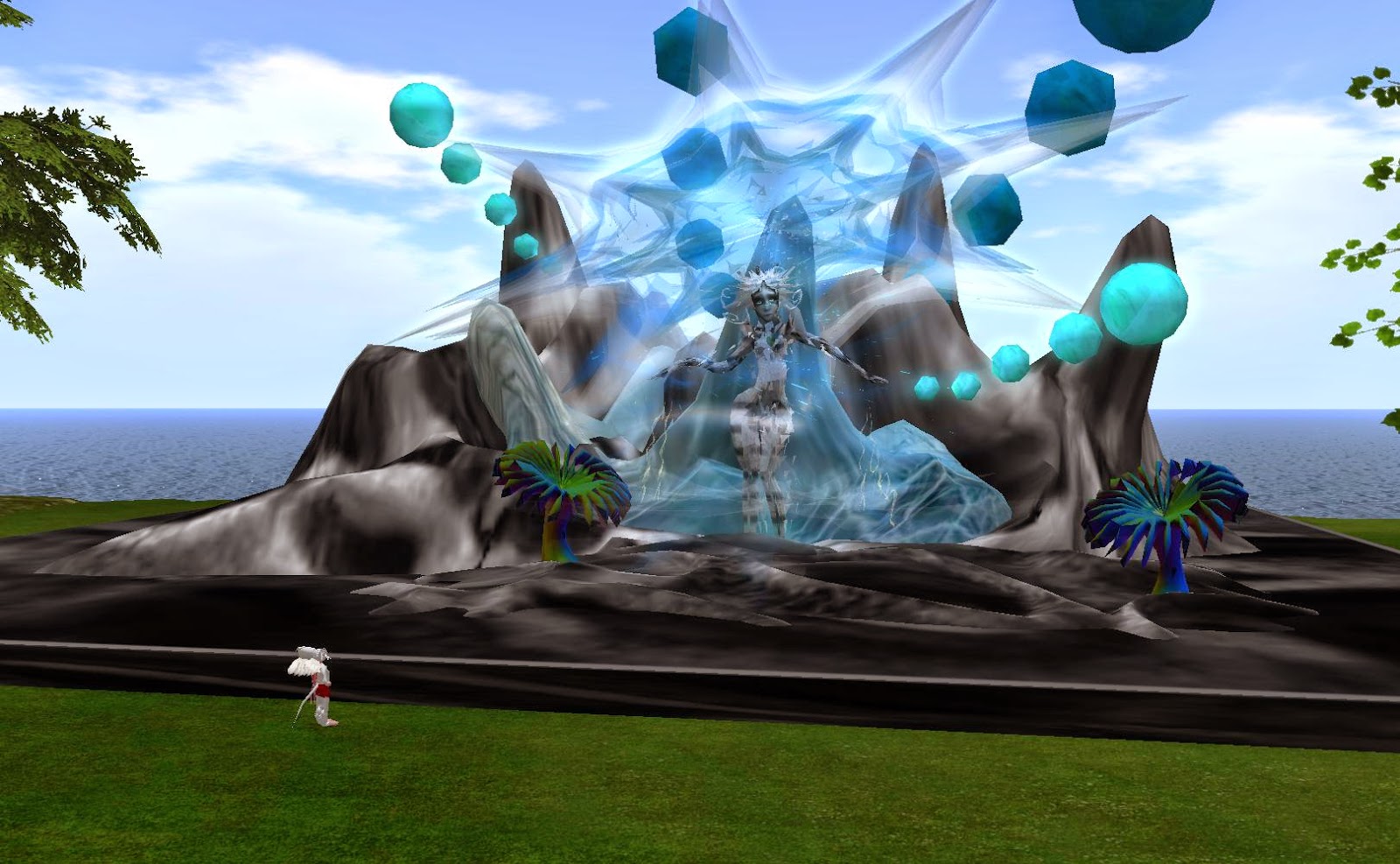 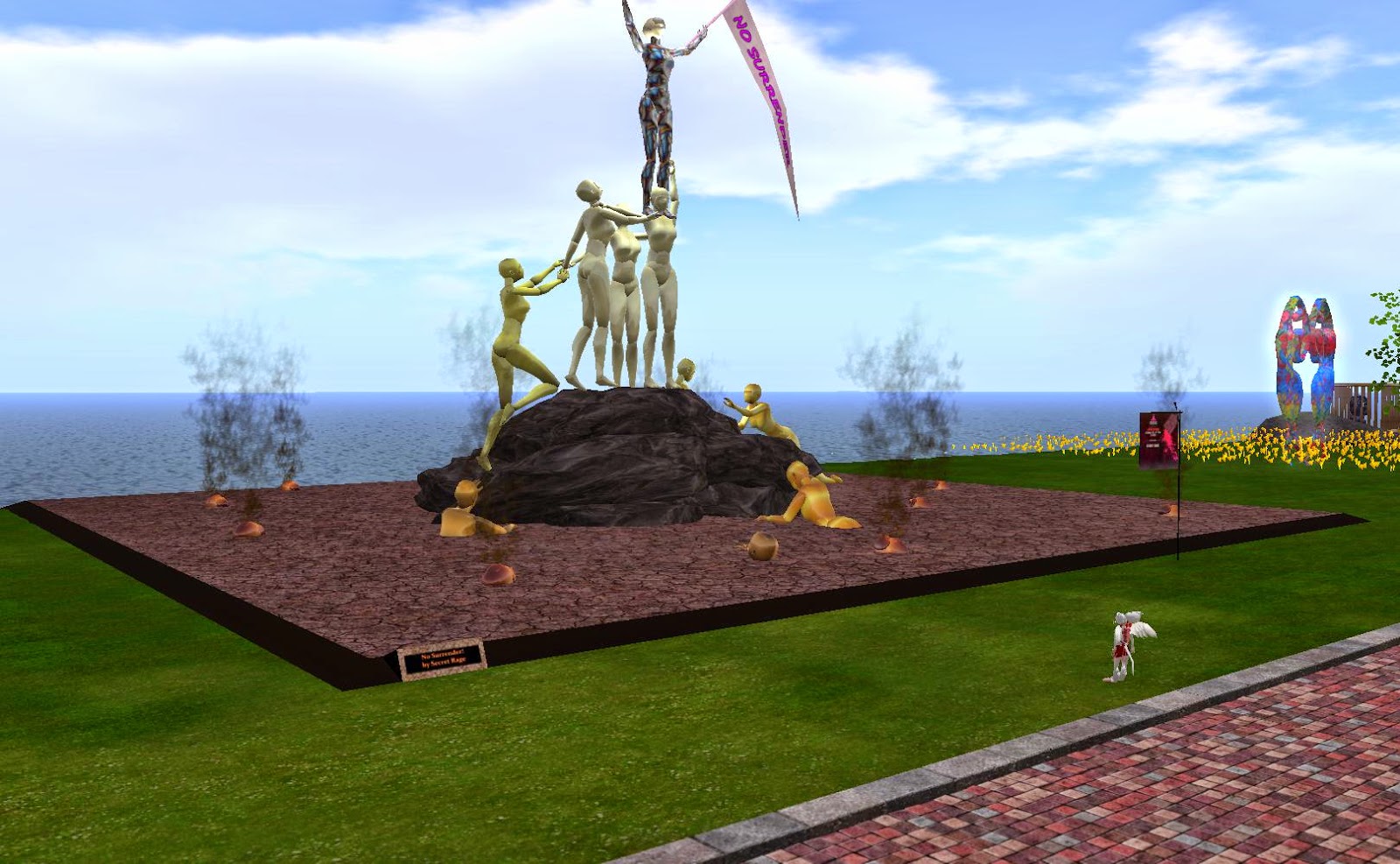 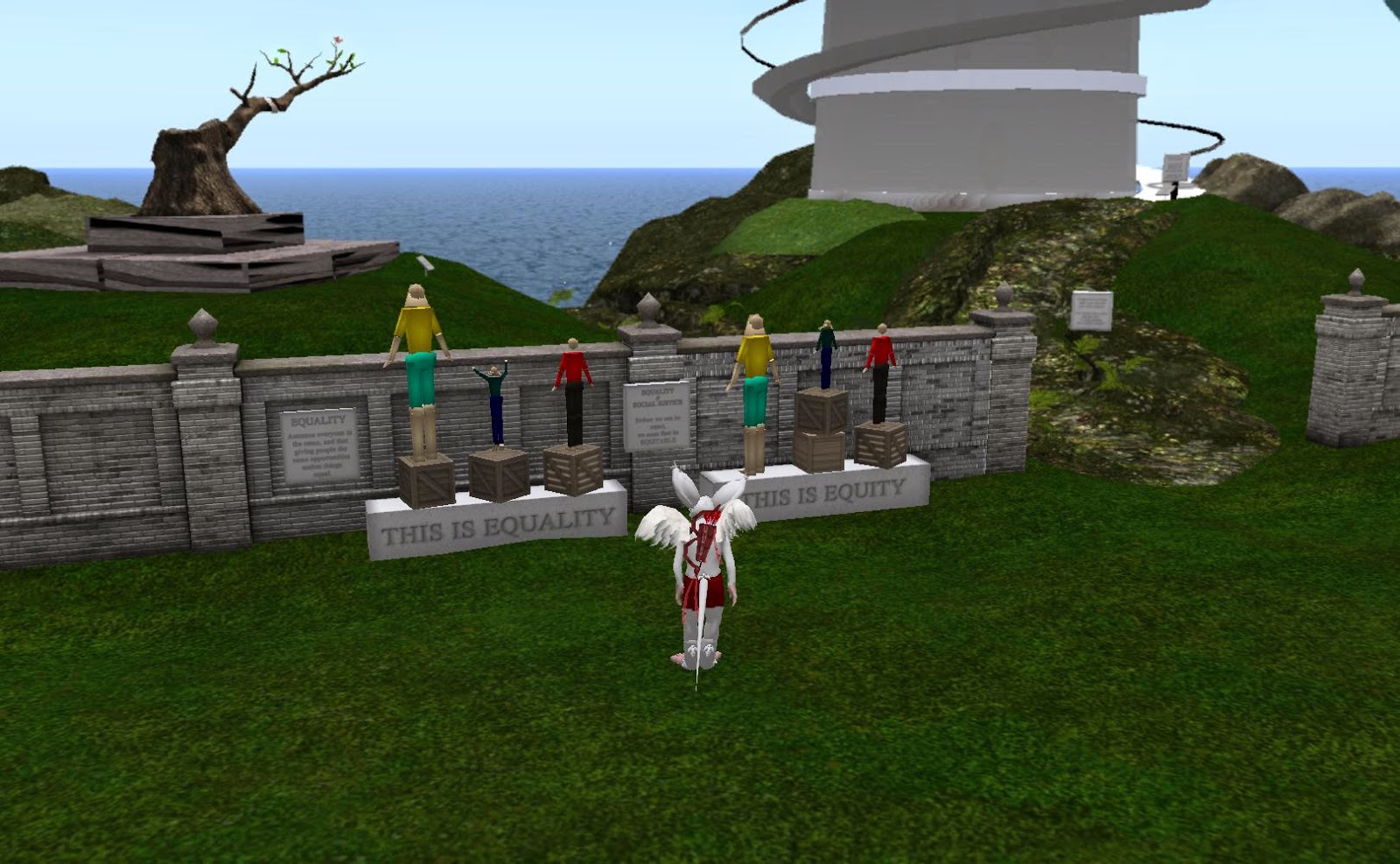 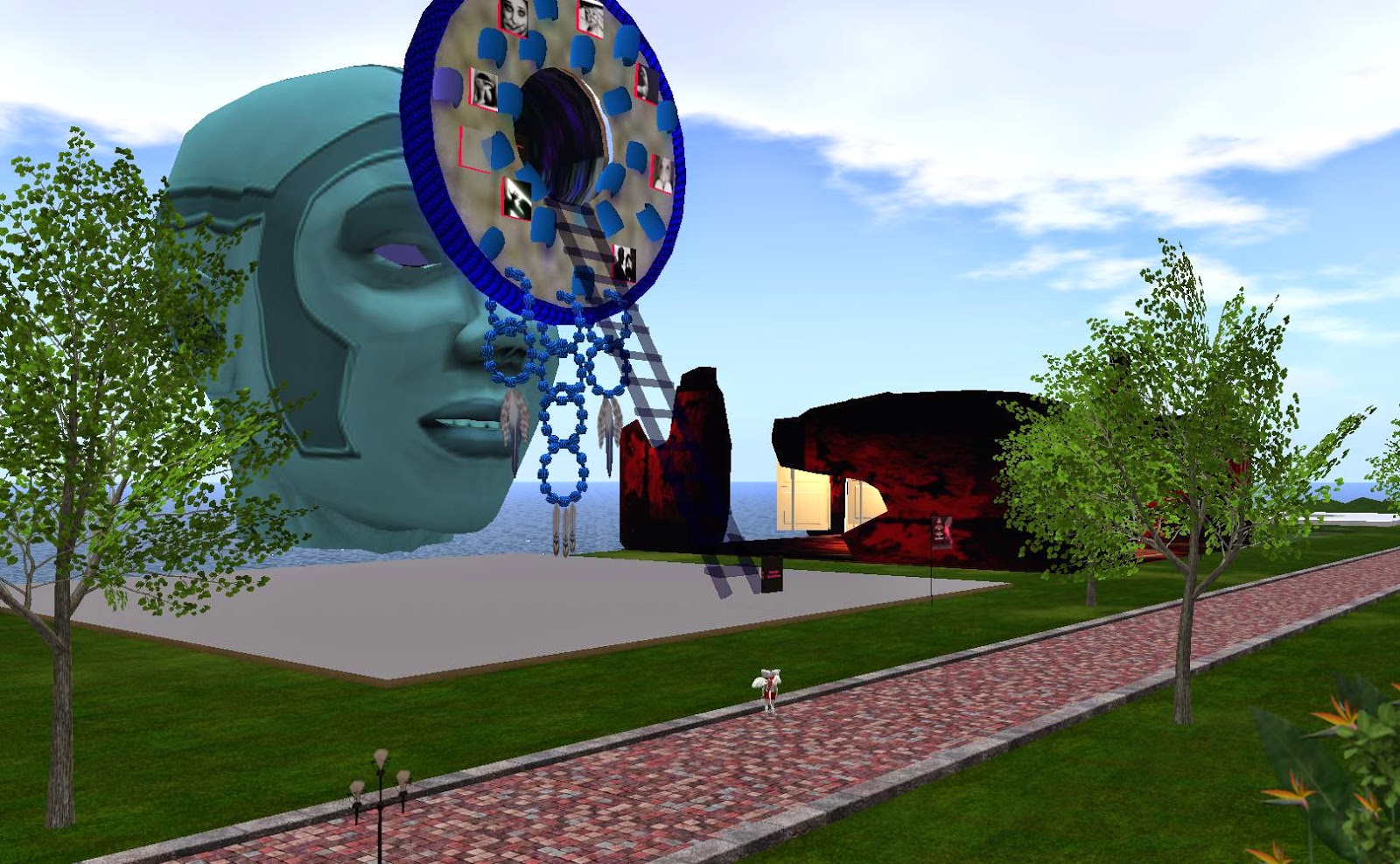 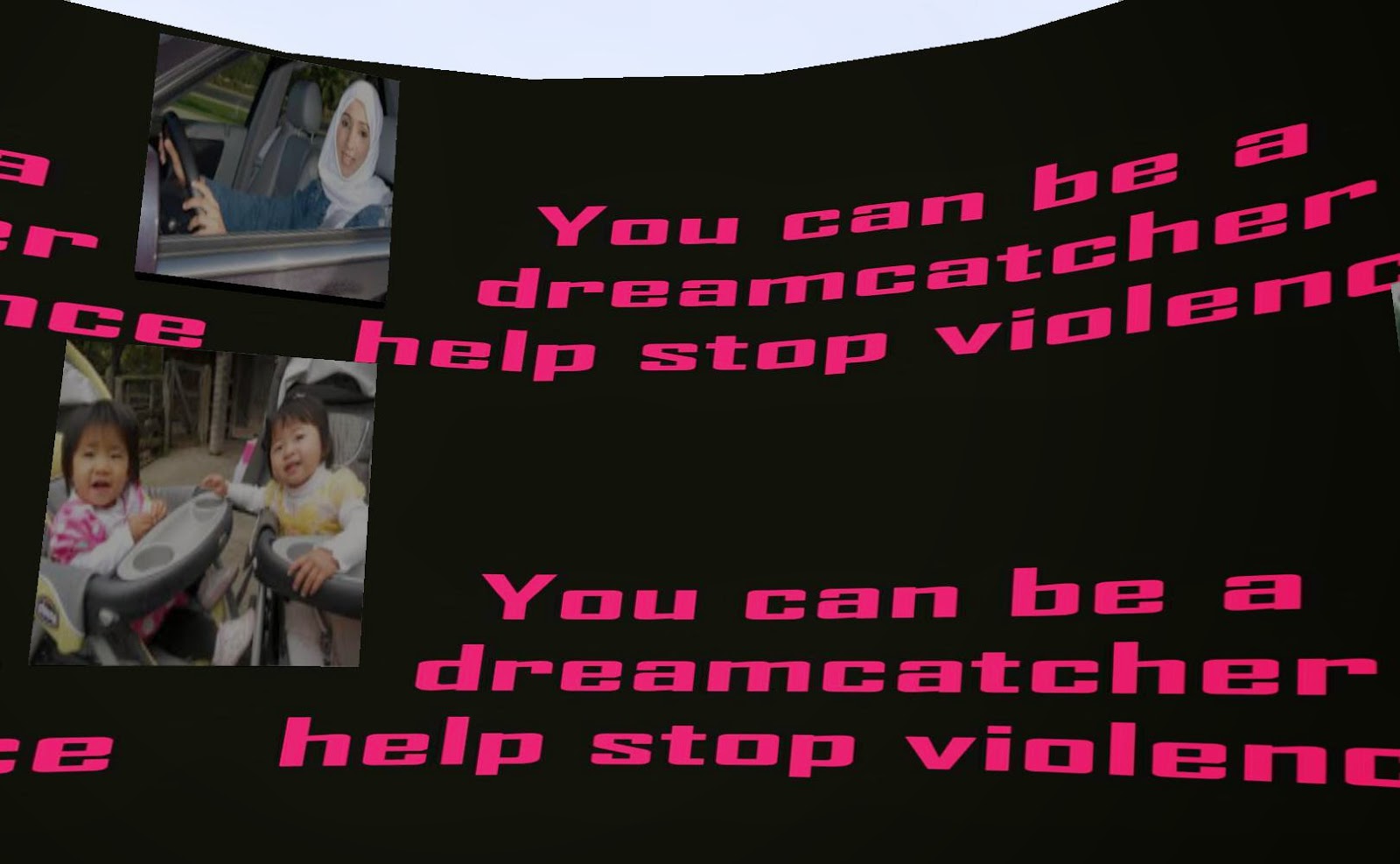 Inside the "dreamer's" head, shown above. 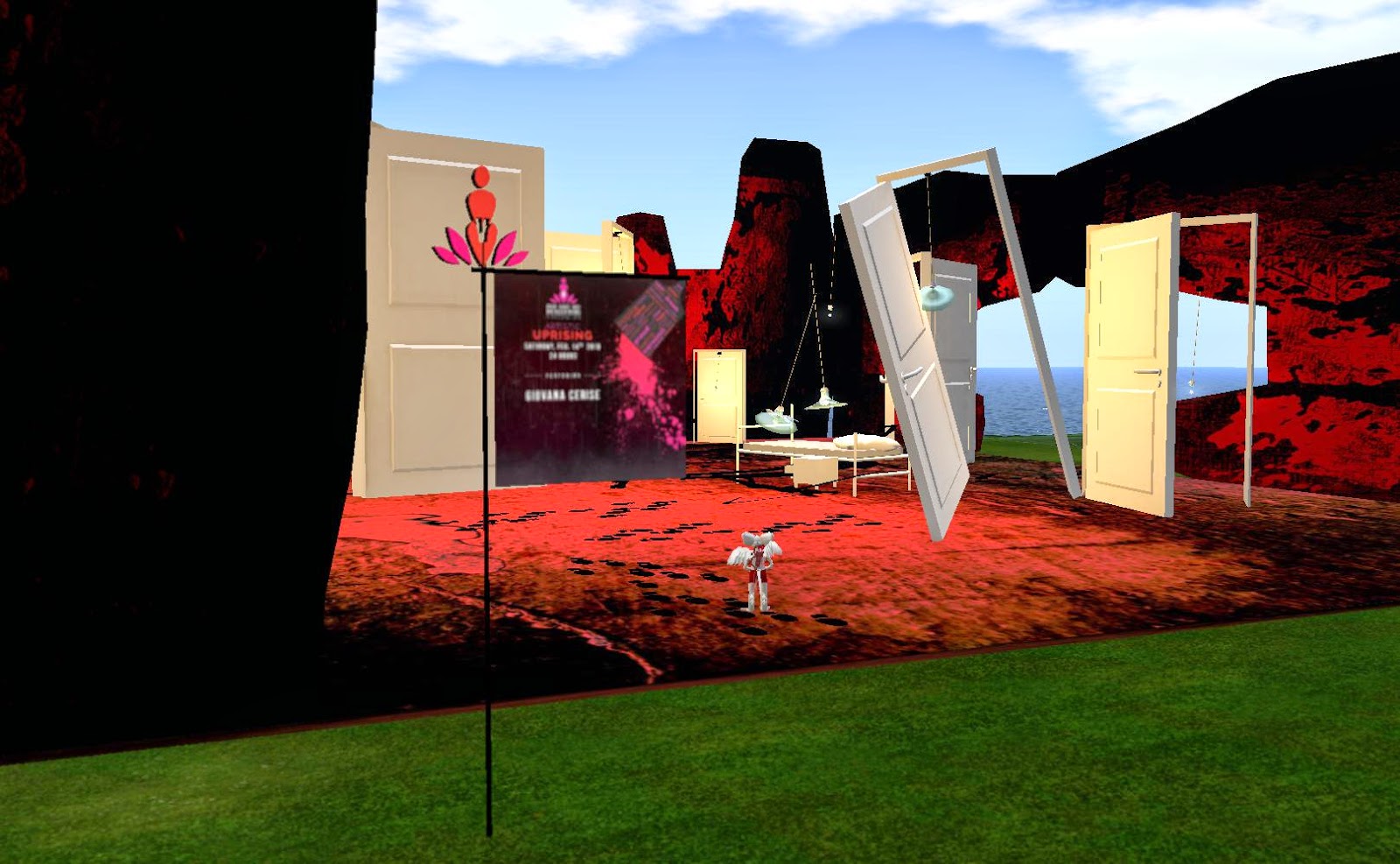 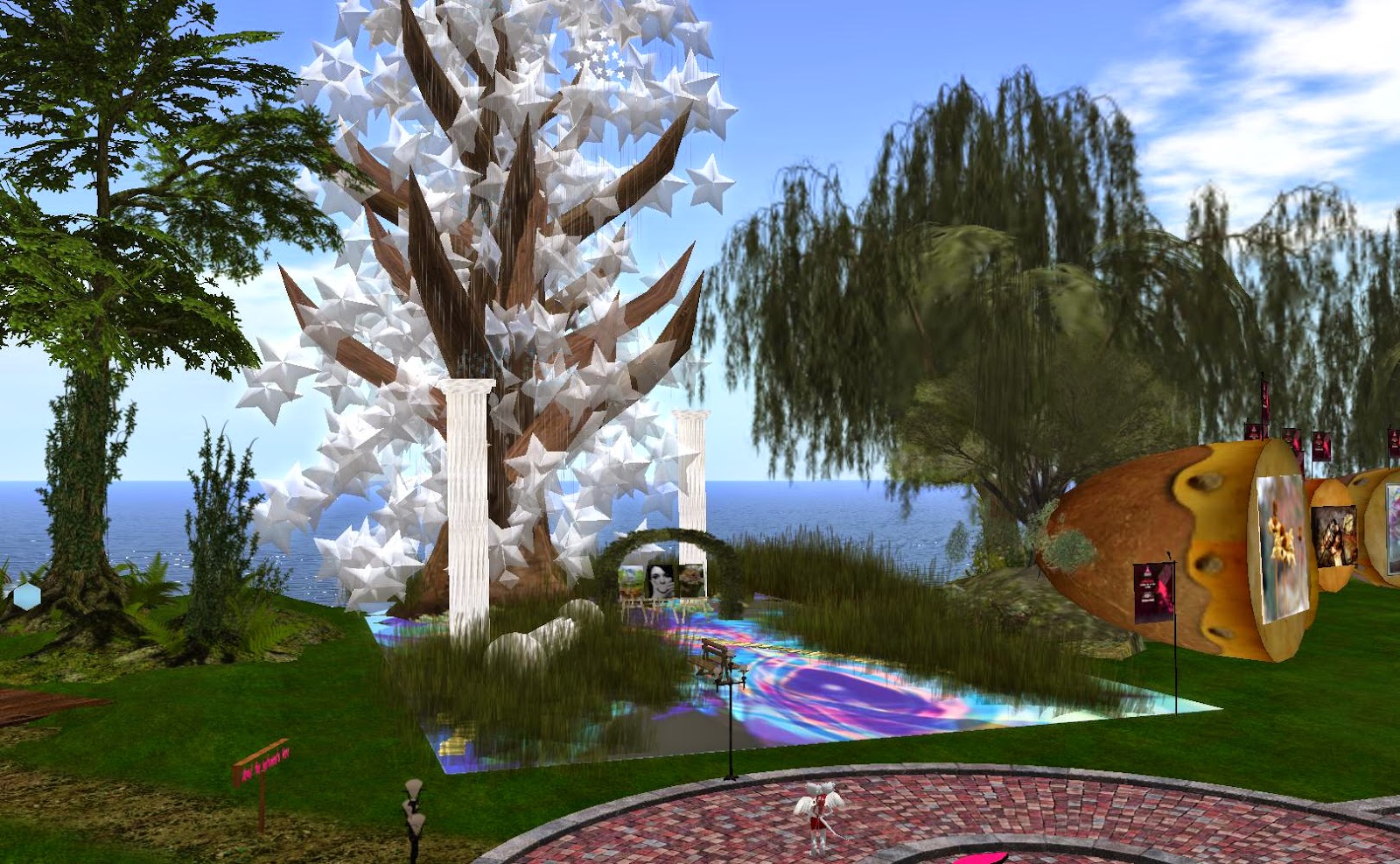 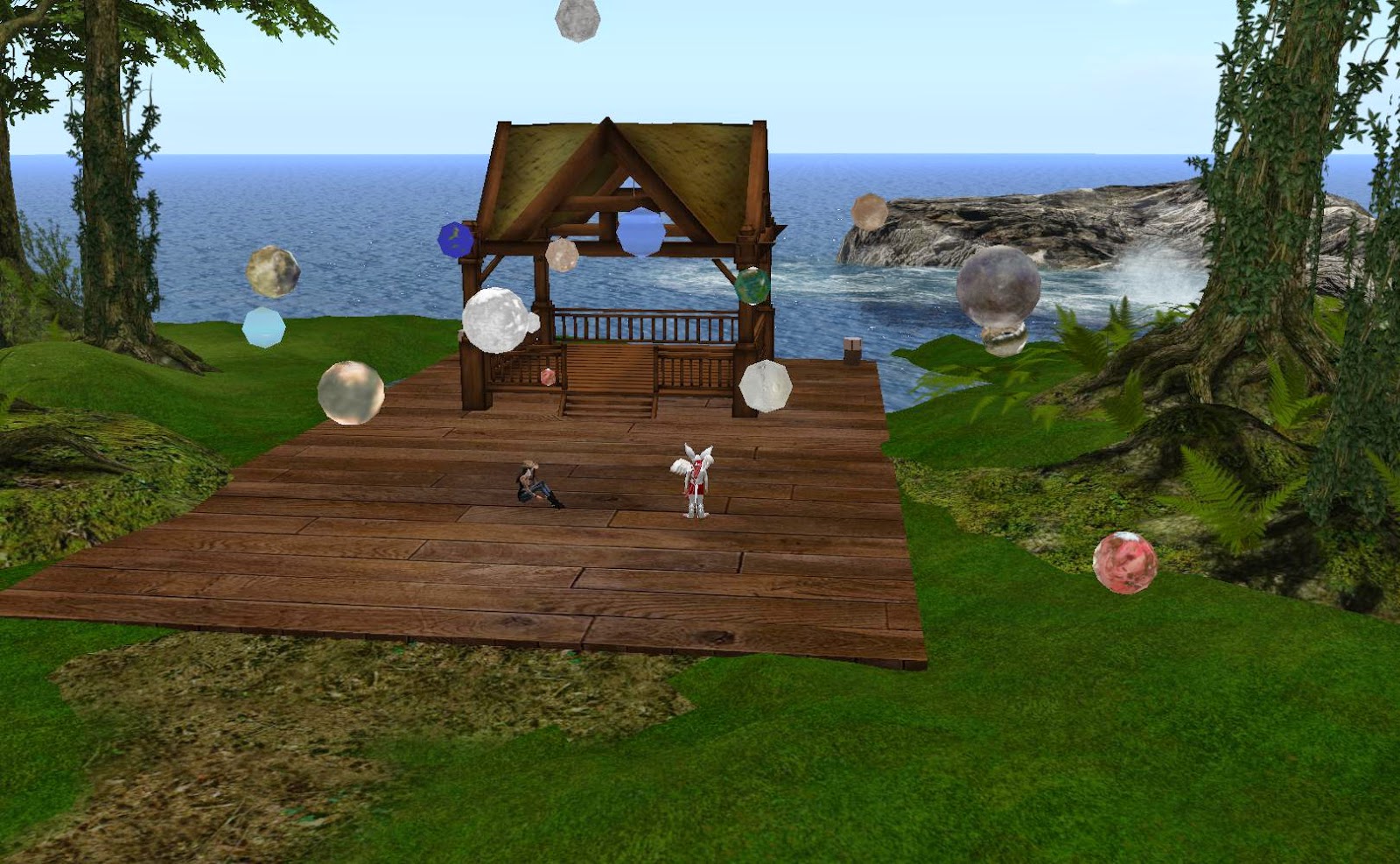 This exhibit had a number of planets in orbit. 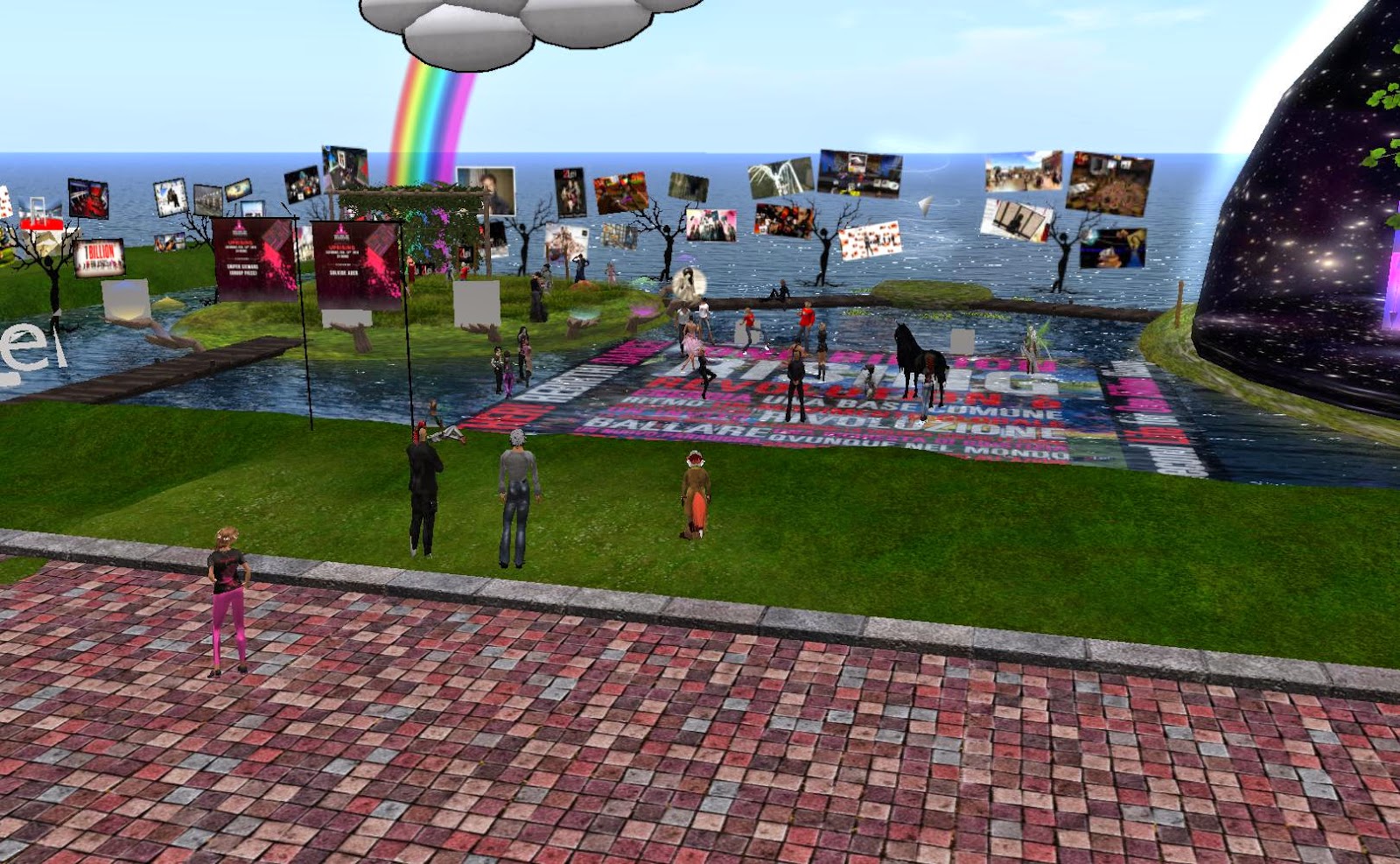 This exhibit was the scene of a smaller event, separate from the ones at the main stage. 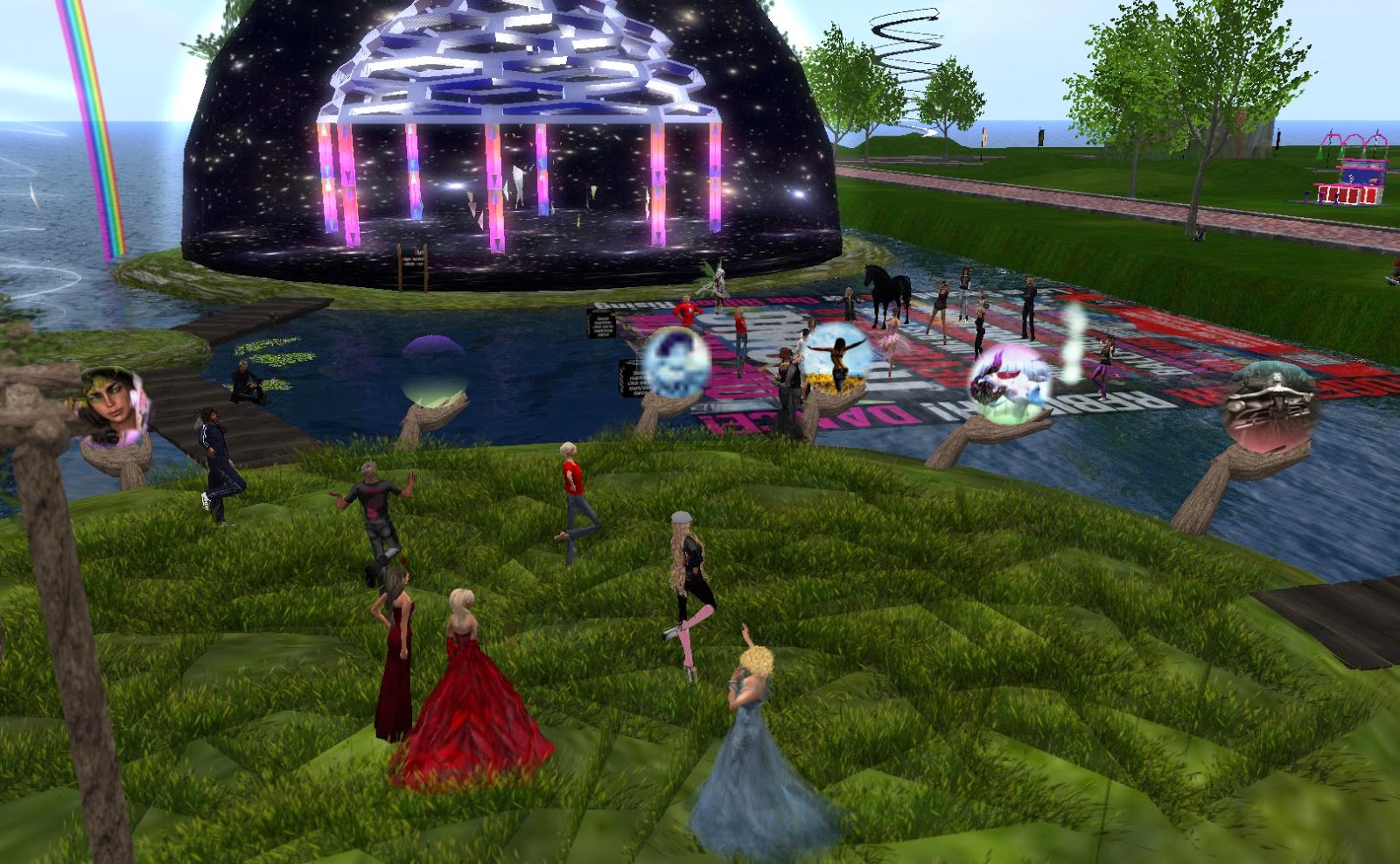 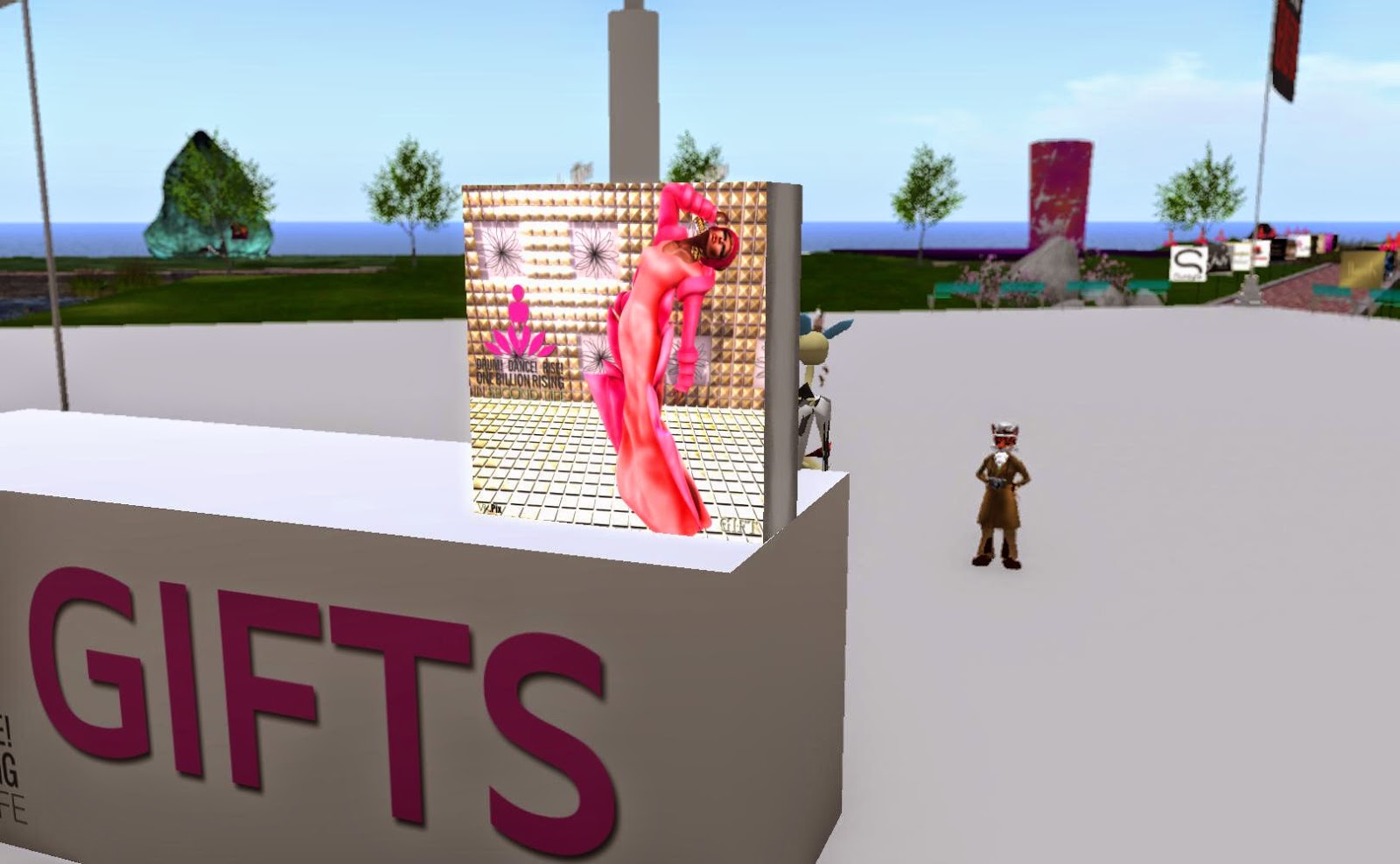 There were a few freebies available, such as this pink gown. Unfortunately for guys, it was non-transferable, so it couldn't be used as a Valentines Day present. 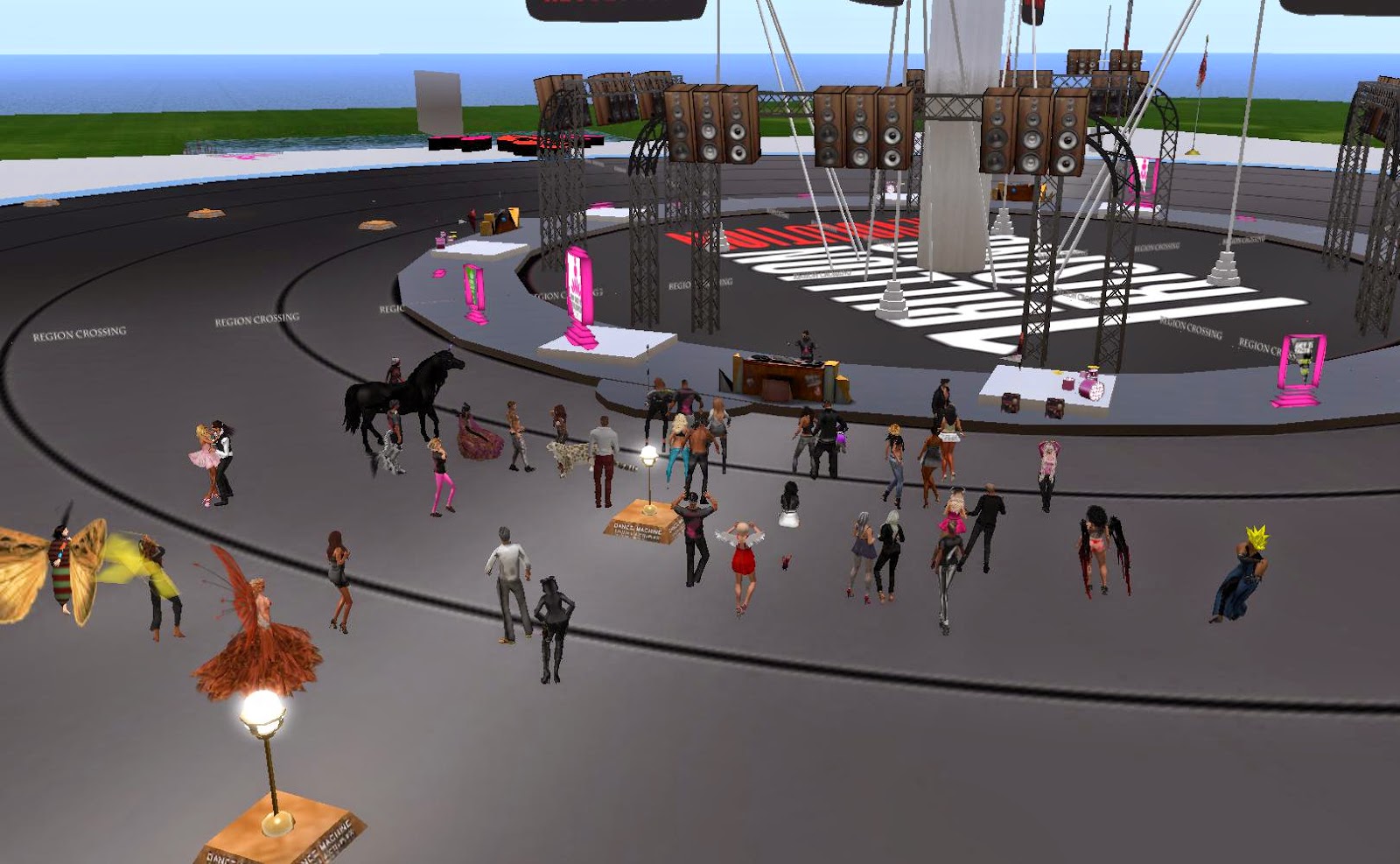 At the center stage, DJs performed every hour. White "Sim Crossing" signs marked the border between the sims. 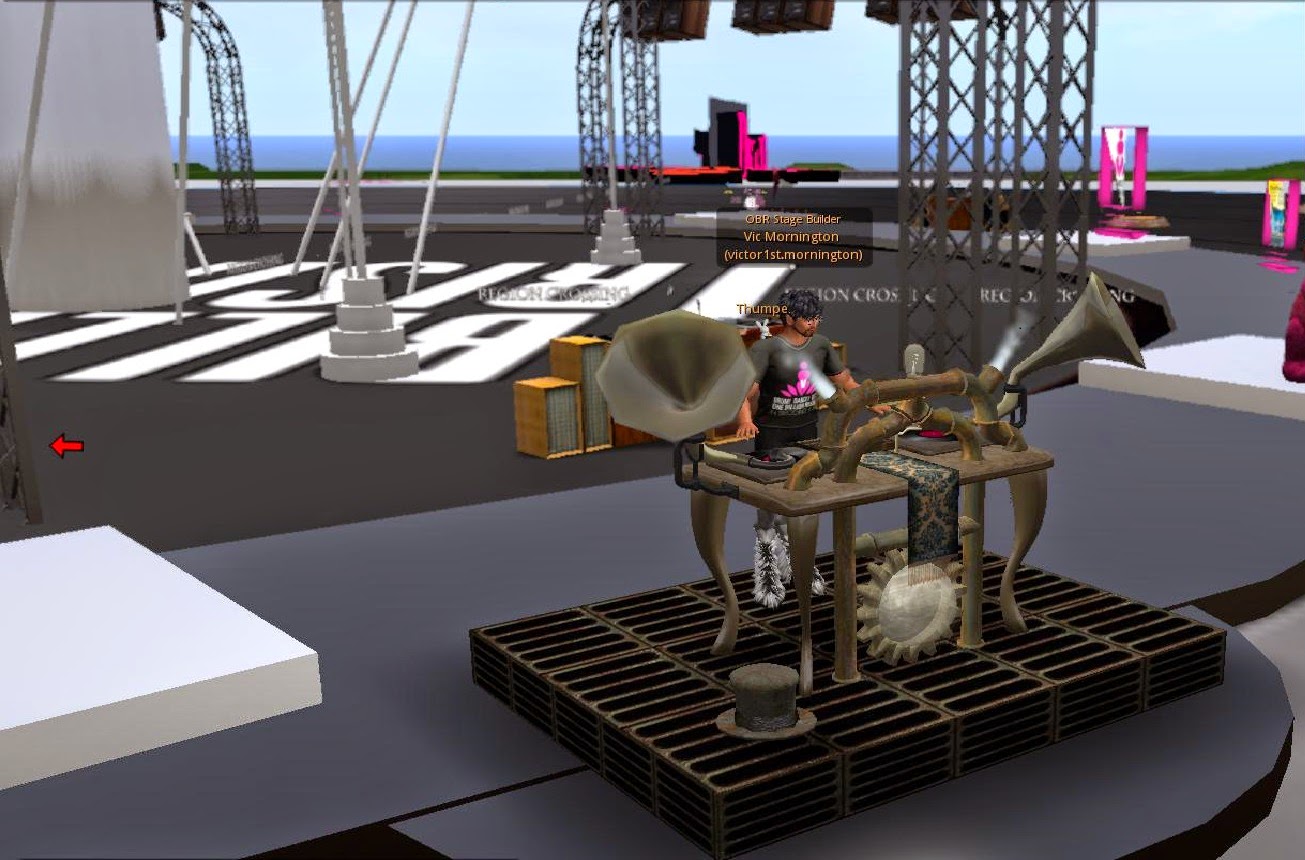 Vic Mornington (Victor1st Mornington), noted for his performances in the Relay for Life, was one of the DJs later in the evening, enthusiastically playing the tunes. 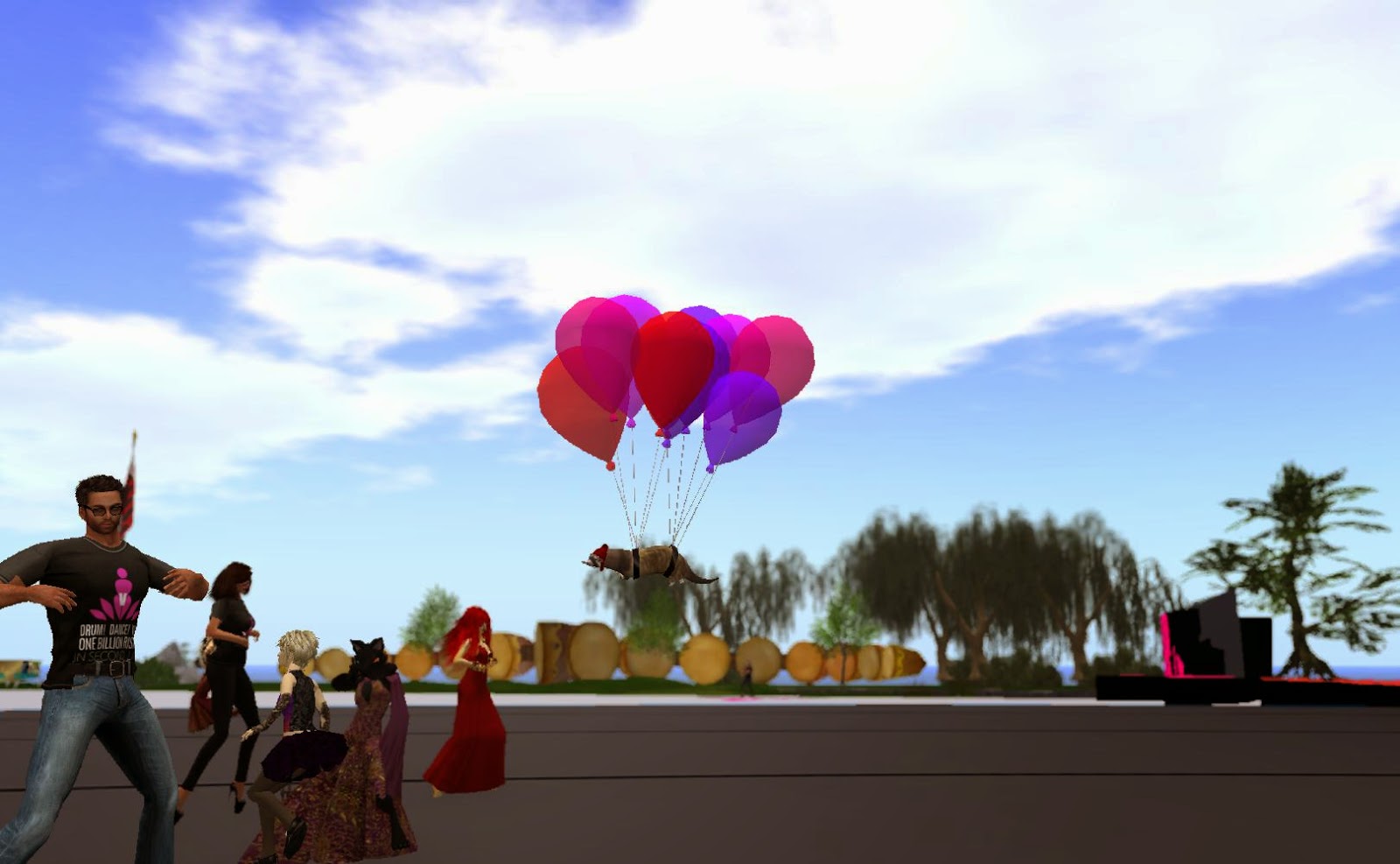 Avatars of all kinds danced to the music, from furs, to nekos, to dark unicorns and ferals, to this ferret floating up in the air thanks to a few balloons, swinging to the music.

Gemma would pass onto the Newser this video from "MySecretRage" of the exhibits at the "Rising."

The event was officially over after a day. The exhibits should still be up for a few days.