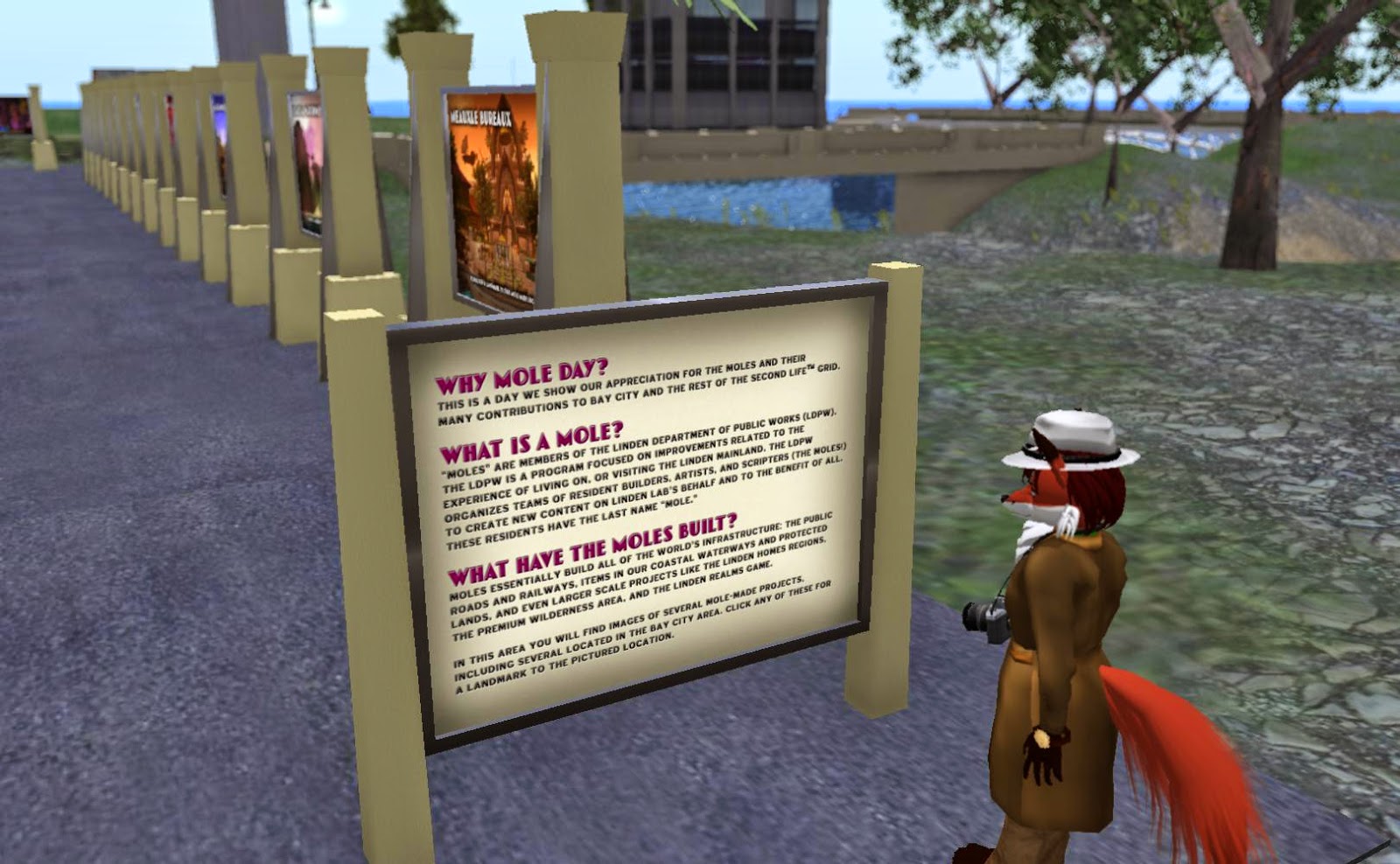 Monday February 2 might have been Groundhog Day in real life, but in Bay City Second Life, it was Mole Day. This was the day set aside to honor the "Moles," the members of the Linden Department of Public Works. This was the fifth Mole Day celebration. 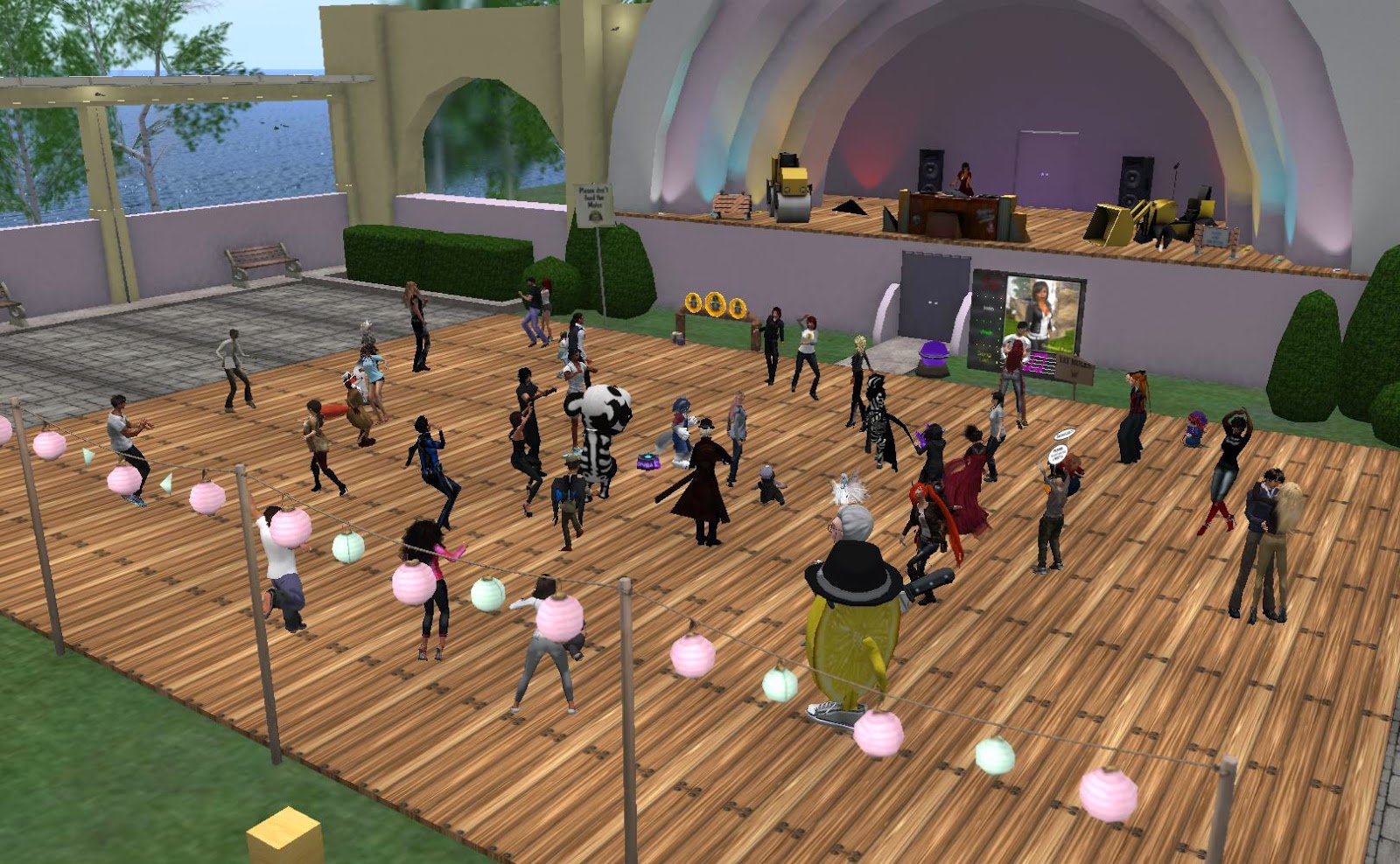 Initially honored in 2010 by Residents of Bay City, Mole Day is set aside to show appreciation for The Moles and their many contributions to Bay City and the rest of the Second Life™ Grid. ... The LDPW is a program focused on improvements related to the experience of living on, or visiting the Linden Mainland. The LDPW organizes teams of Resident builders, artists, and scripters (the Moles!) to create new content on Linden Lab's behalf and to the benefit of all. These Residents have the last name “Mole.” 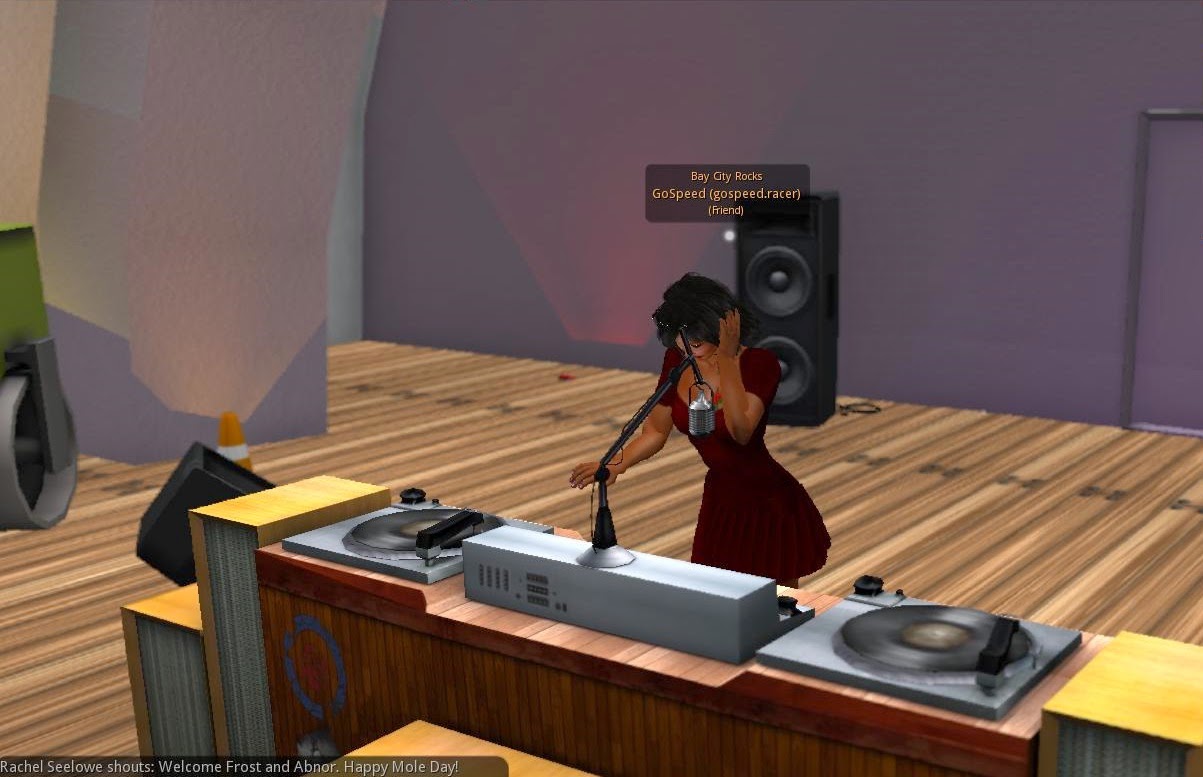 The party began about 5PM SL time with DJ Gospeed Racer playing a set of tunes to the crowd. 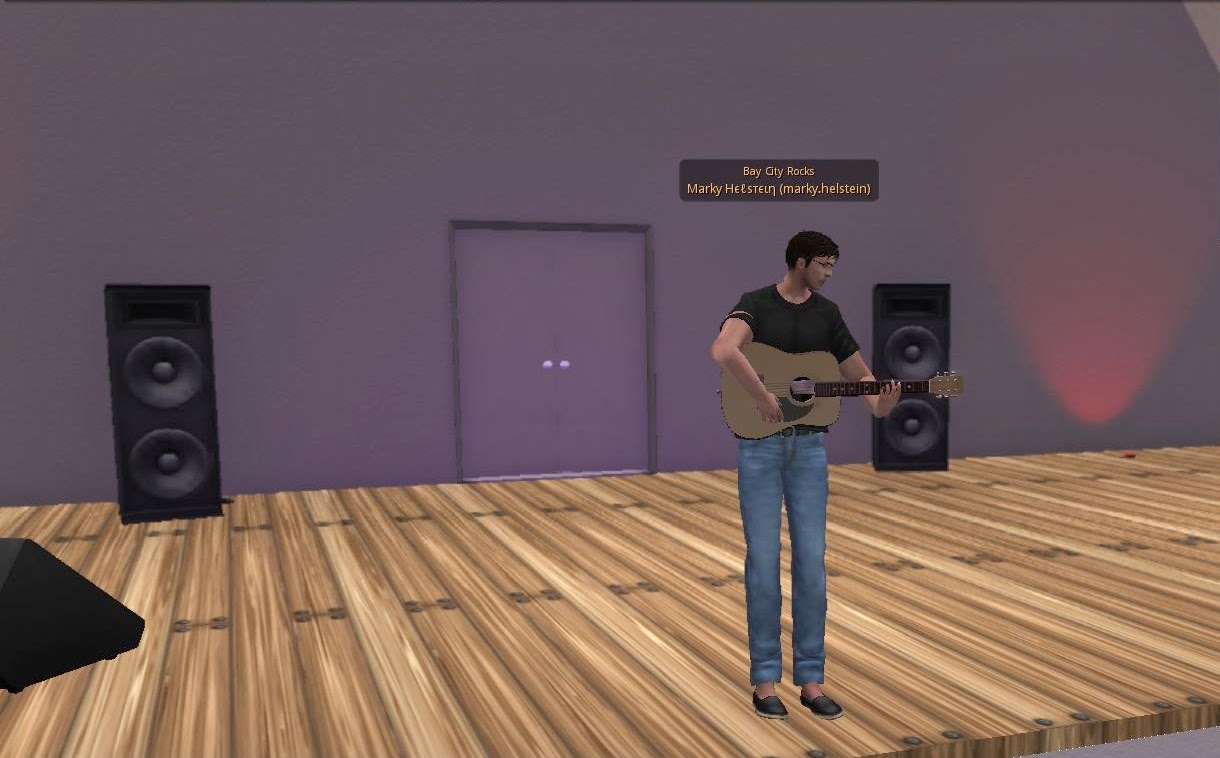 At 6, Gospeed stepped down, and guitarist Marky Helstein stepped up and strummed his strings as he sung for the crowd. On occasion, the conga line would start up, get longer, and continue for a while. 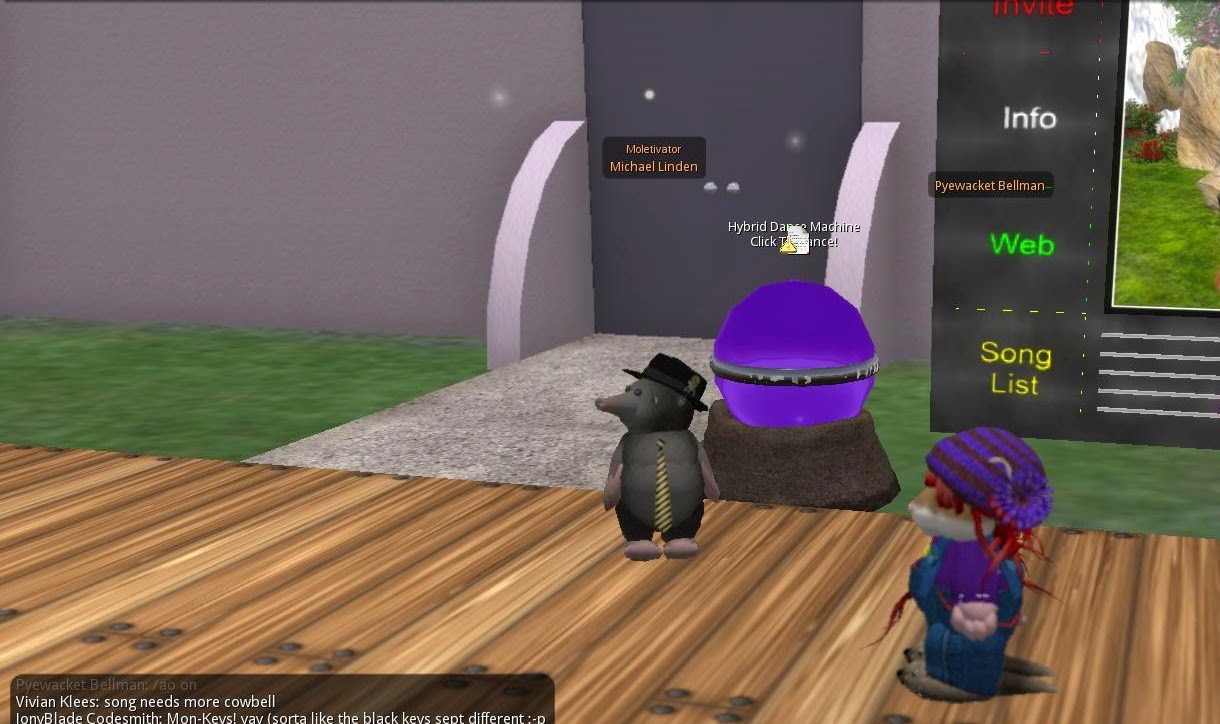 Besides the moles, there were a number of Lindens present, such as Michael Linden, sporting a molish look, "Did we find out if Michel saw his shadow when he woke up this morning? I trust him much more than that groundhog." 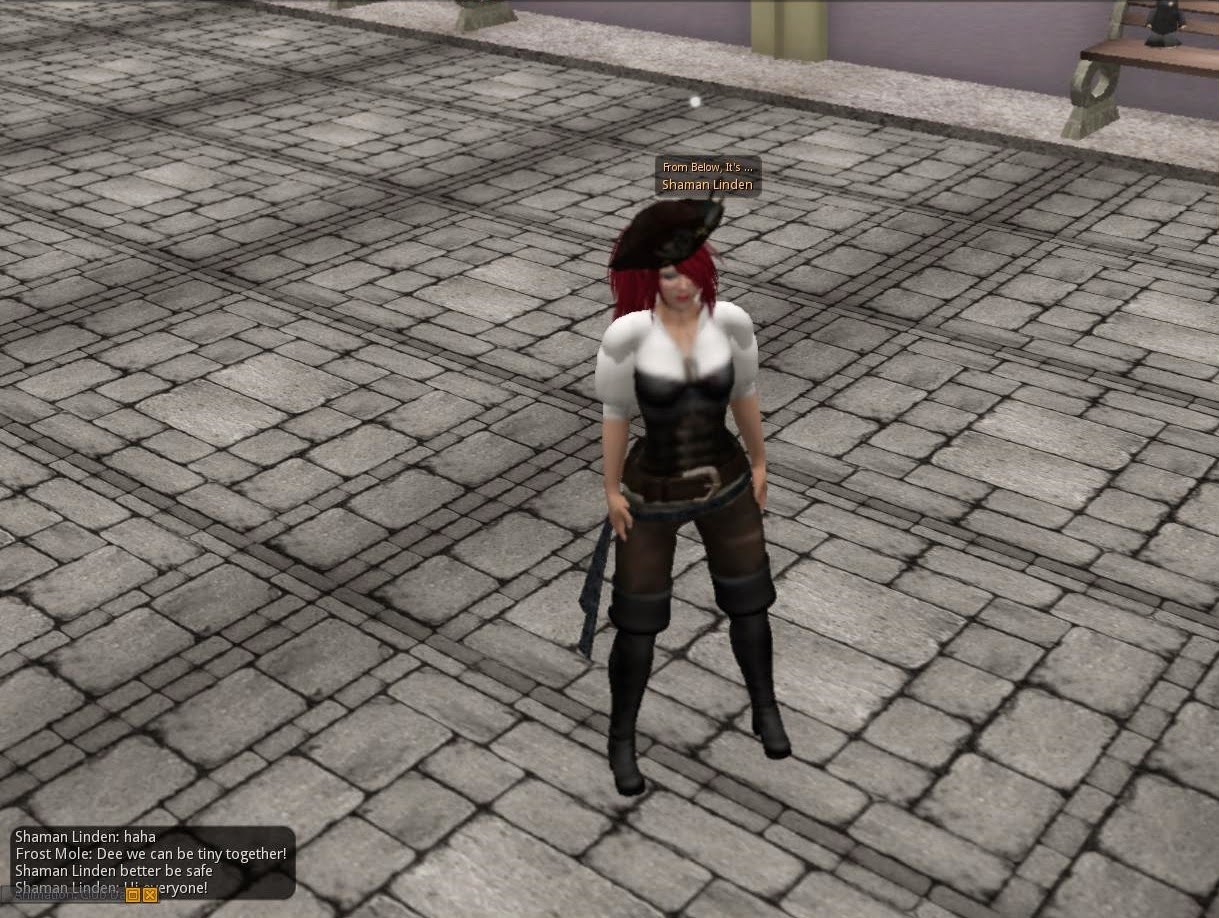 There was Shaman Linden, who was looking like a pirate. 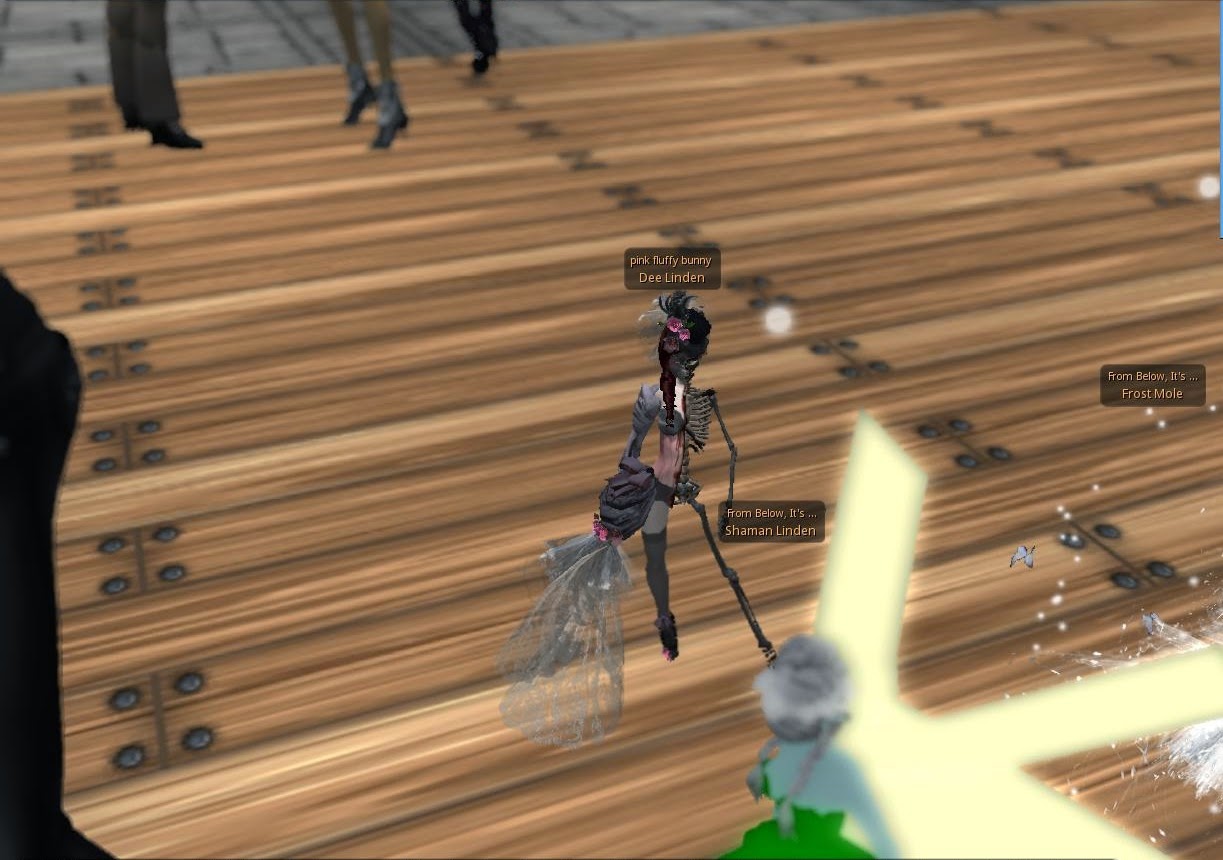 Dee Linden appeared in this unusual fairy avatar, which looked like it was half skeleton.

Uccello Poultry reminded everyone, "Remember that many Moles and Lindens also lead private citizen avatars and circulate with other residents. You never know when you are talking to someone who can go to the office the next day and smite your virtual butt." Shaman Linden responded, "Gosh, we never smite people. I smite bugs, though... " Marianne McCann commented, "clearly you've not seen Governance in action." 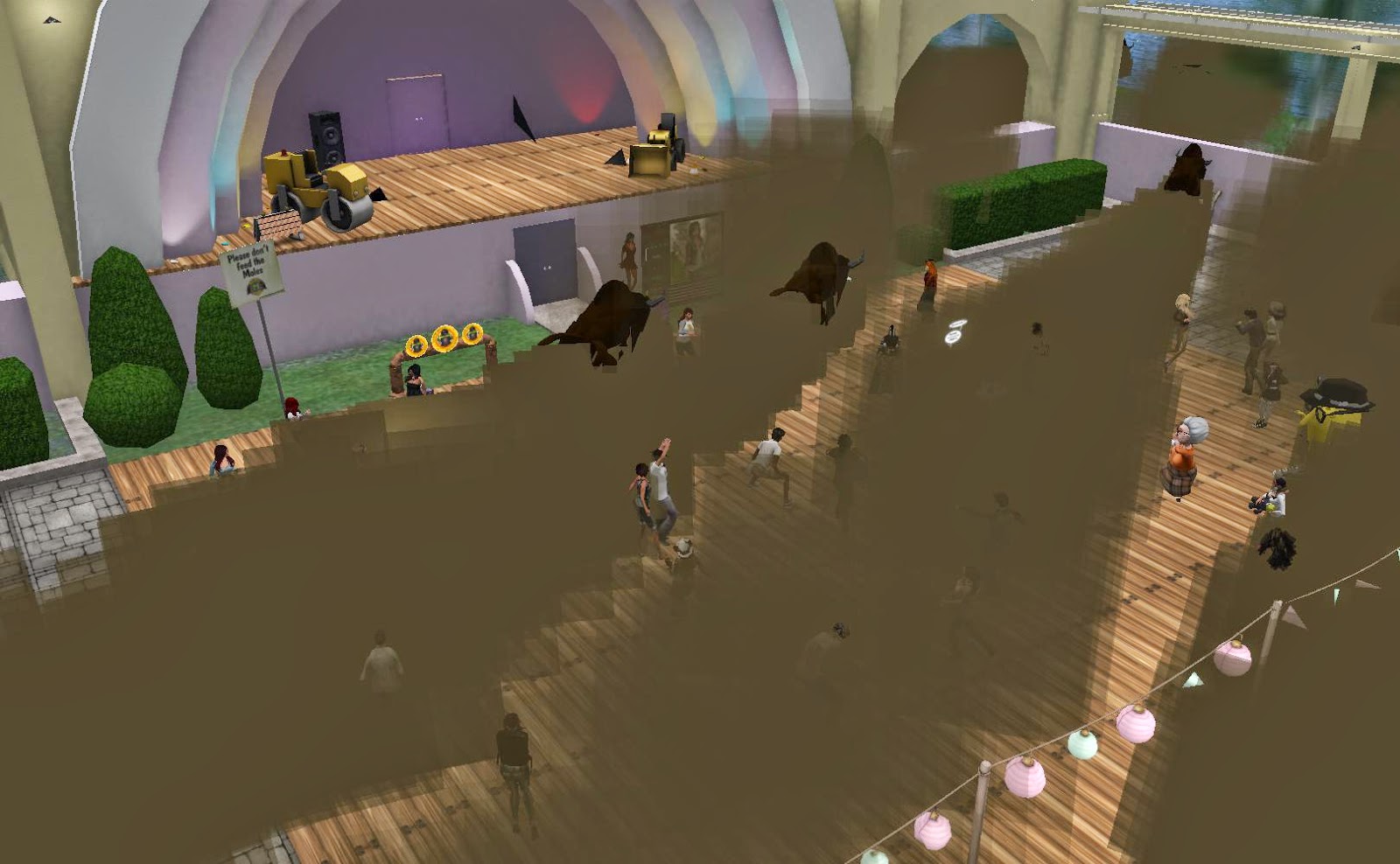 At one point, the party was interrupted by a herd of buffalo stampeding through. Someone shouted, "Oh em gee! Stax Wand Buffaloes!"

There was quite a bit of talk, including some discussion of Second Life's earlier days, and a number of mole jokes, "If a mosquito bites a mole, does it get molaria?" "no mole-o-toff cocktails?"

Eventually the party wound down and people went their seperate ways. But everyone left in good spirits.