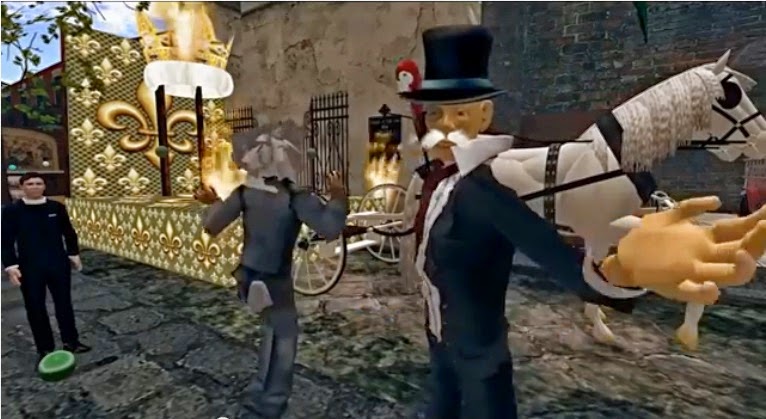 Mardi Gras, also known as "Fat Tuesday" or "Carnival," is an old holiday. For Catholics and some other denominations of Christianity, it's the last day before the season of Lent, and the last chance to eat rich food before one has to give up eating it for the forty day period. Celebrated in countries with large Cathonlic populations, some cities have become known for their celebrations this time of year, in America New Orleans having by far the best well known. 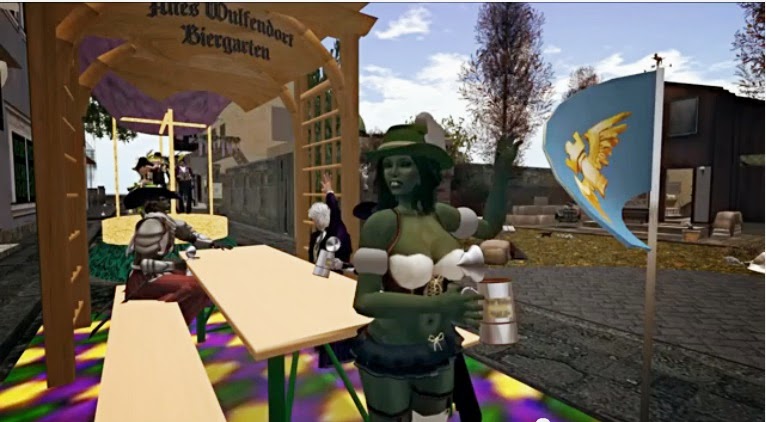 In Second Life, many residents love a good party. So there were some Mardi-Gras themed parties across the Grid. One place that has them is New Toulouse, a roleplay and residential sim that has the atmosphere of 1920s New Orleans. On Monday February 16, a day before the real life Mardi Gras New Orleans celebrations, New Toulouse held their "Samedi Gras" parade at 6PM SL time.

There were numerous participants in the celebration, both as dancers in the streets and the numerous revelers on the parade floats. Among them were the "Crewe de Bast," which was feline-themed, and one by Baron Wulfenbach of the Steamlands which had a couple of his Jagers on it. It's unclear just how long the parade lasted, though the following day on the real life "Fat Tuesday," some of the floats remained at the town square, one on fire, as reminders of the revelry the night before. But for New Toulouse itself, the party was basically over. Fortunetly Natascha Randt had recorded the event for others who couldn't make it to watch. 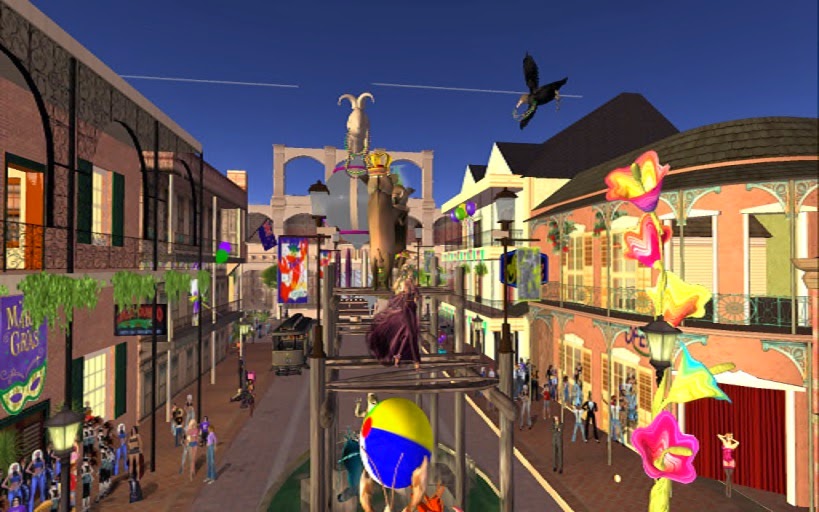 So where else to go? Gemma Cleanslate found out about another celebration in another New Orleans themed area. This one was high above the Snackpack sim. Unlike New Toulouse, this one was taking place throughout the day, and instead of twisting around streetcorners, this one went down one straight street. A rezzer at the store on the far end of the street would automatically rezz different floats, which would slowly go down the street, people invited to sit or dance on them. Among the floats were Wonder Woman, Xena, Teenage Mutant Ninja Turtles, Spongebob Squarepants, and more.

There were also a number of false avatars around to help give the impression of a packed parade, even late at night. But both earlier on in the day and later at night, there were a number of people around. Laura Liberty, the owner of the Elizabeth Town sim, which currently housed the seasonal town of Valentine Town, was among those having fun at the Snackpack parade. Elizabeth Town had a New Orleans themed block next to Valentine Town. 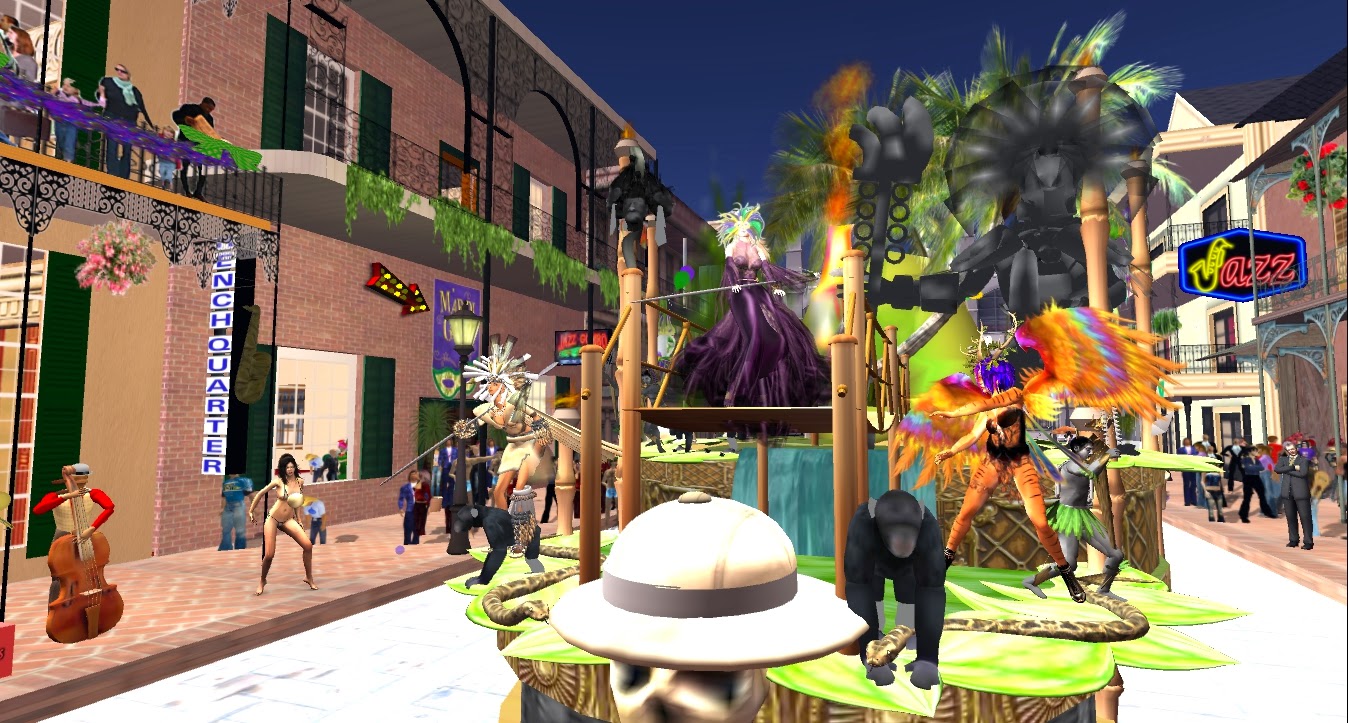 On the day after Mardi Gras, the parade floats were still going, though there were only a handful of people around, presumably either people who couldn't see it the day before, or people whom truly loved Mardi Gras, and wanted to look at the parade one more time.

Besides these two parades, a number of clubs held Mardi Gras themed parties, or at least held events with the same kind of spirit. Gemma went to one such club event. The classic rock club "The Vinyl," near the SL Newser office held a "Wild and Crazy" party on Mardi Gras night.

And so "Fat Tuesday" came and went for another year. But even for those whom have to give things up for Lent, Easter is just a little more than a month away.