The 2015 Relay for Life Kickoff

It was Sunday March 8 that the Relay for Life fundraising season offocially begun. At 10AM, close to 150 avatars had gathered at the two sims RFL Kickoff and RFL Kickoff2, both which were south of the permament American Cancer Society sim. This year's sim. This year's theme, "The Future is Now." This marks the eleventh year the Relay has taken part in Second Life. 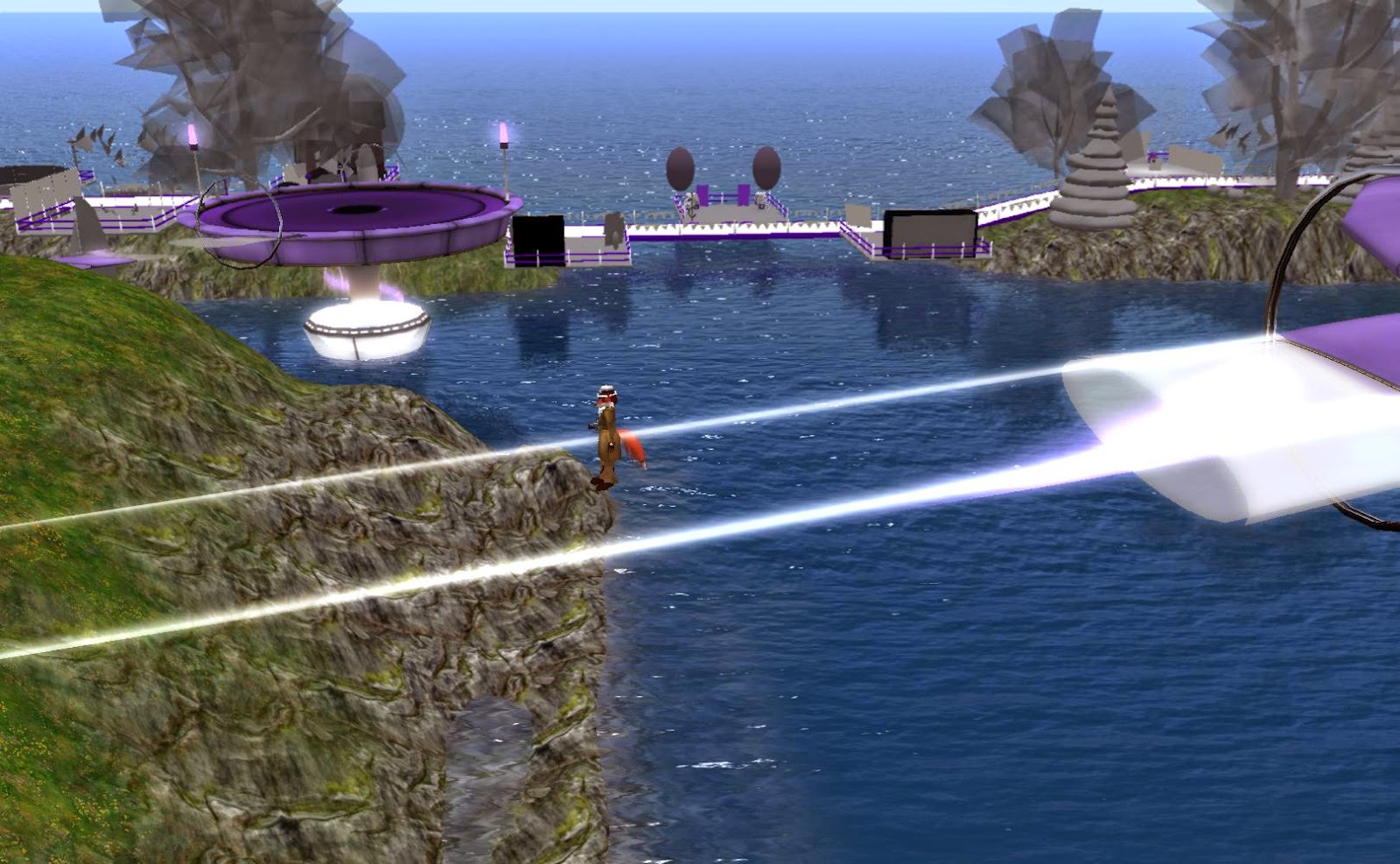 The landmark I was given took me to a spot some distance away from the stage. Getting there required me crossing a lightbeam bridge. Then approaching the stage. 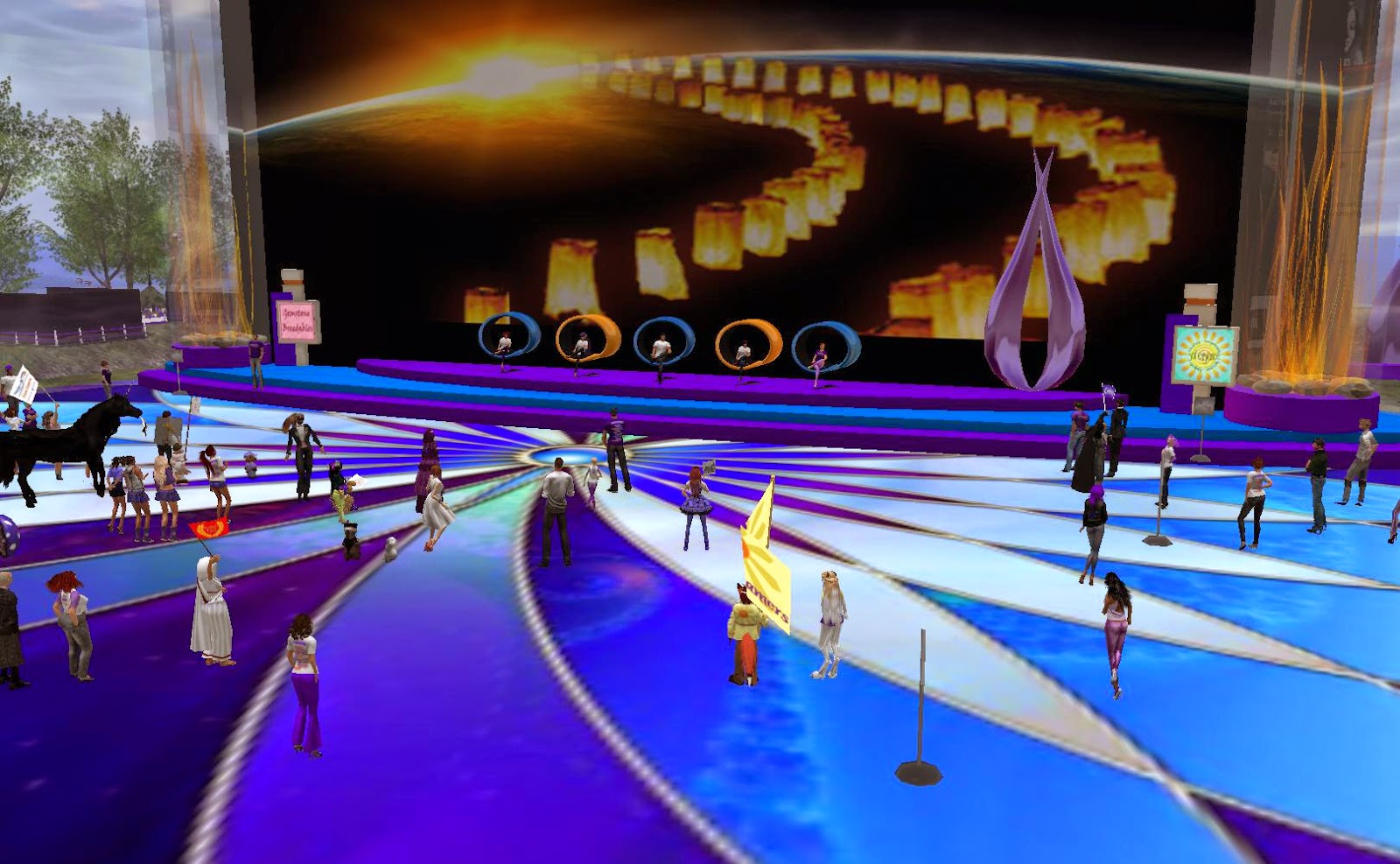 Over the radio, Trader Whiplash of T-1 Radio would stream inspirational songs and speeches. "Everyone's been busy, we have 134 teams ... Registration Day's been something of an event in itself." And in the audience were various members of those teams. I counted about 140 avatars in the two sims, and someone stated the number at one point was 170. 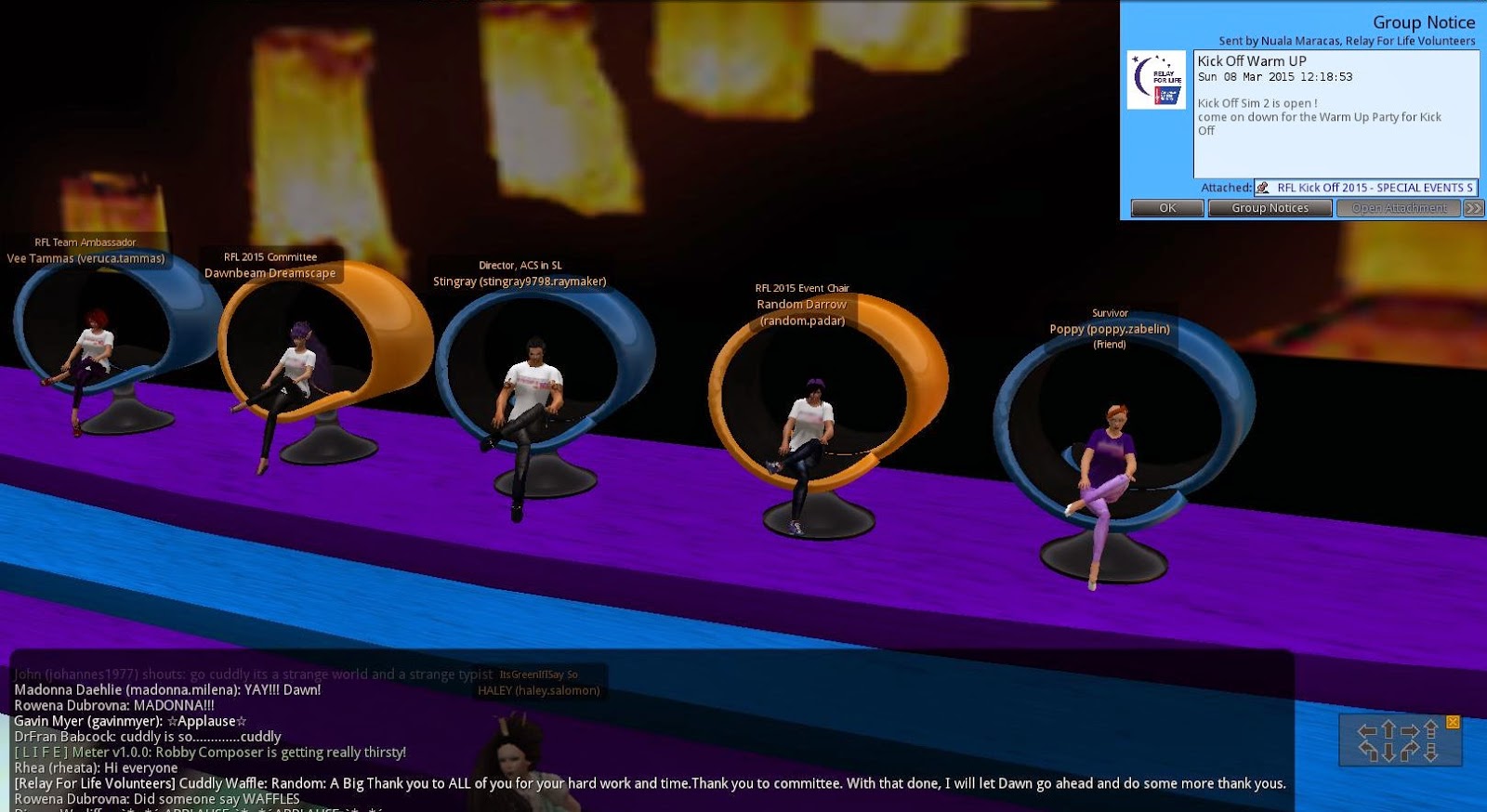 On the stage were the members of the 2015 Committee. There were a few new faces on it.

"Another change is ACS Island," we heard on the radio. There had been some changes on it, which Gemma wrote about in her story about the location. Places about Breast Cancer and an International area would be added in the future. 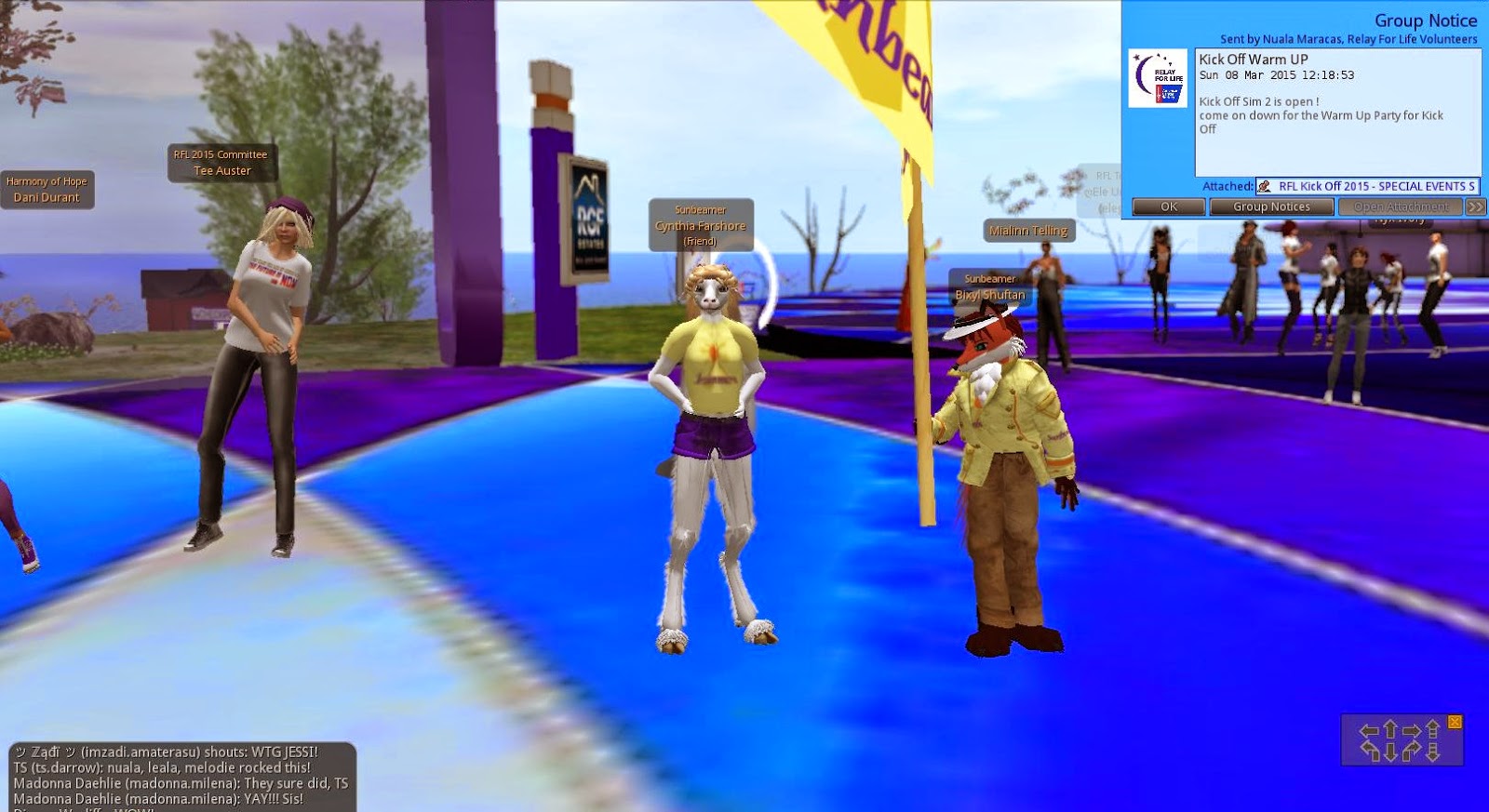 A number of teams for the Relay were represented at the Kickoff. For the Sunbeamers, the team of the Sunweaver Estates where the main Newser office is located, there was me and Cynthia Farshore. 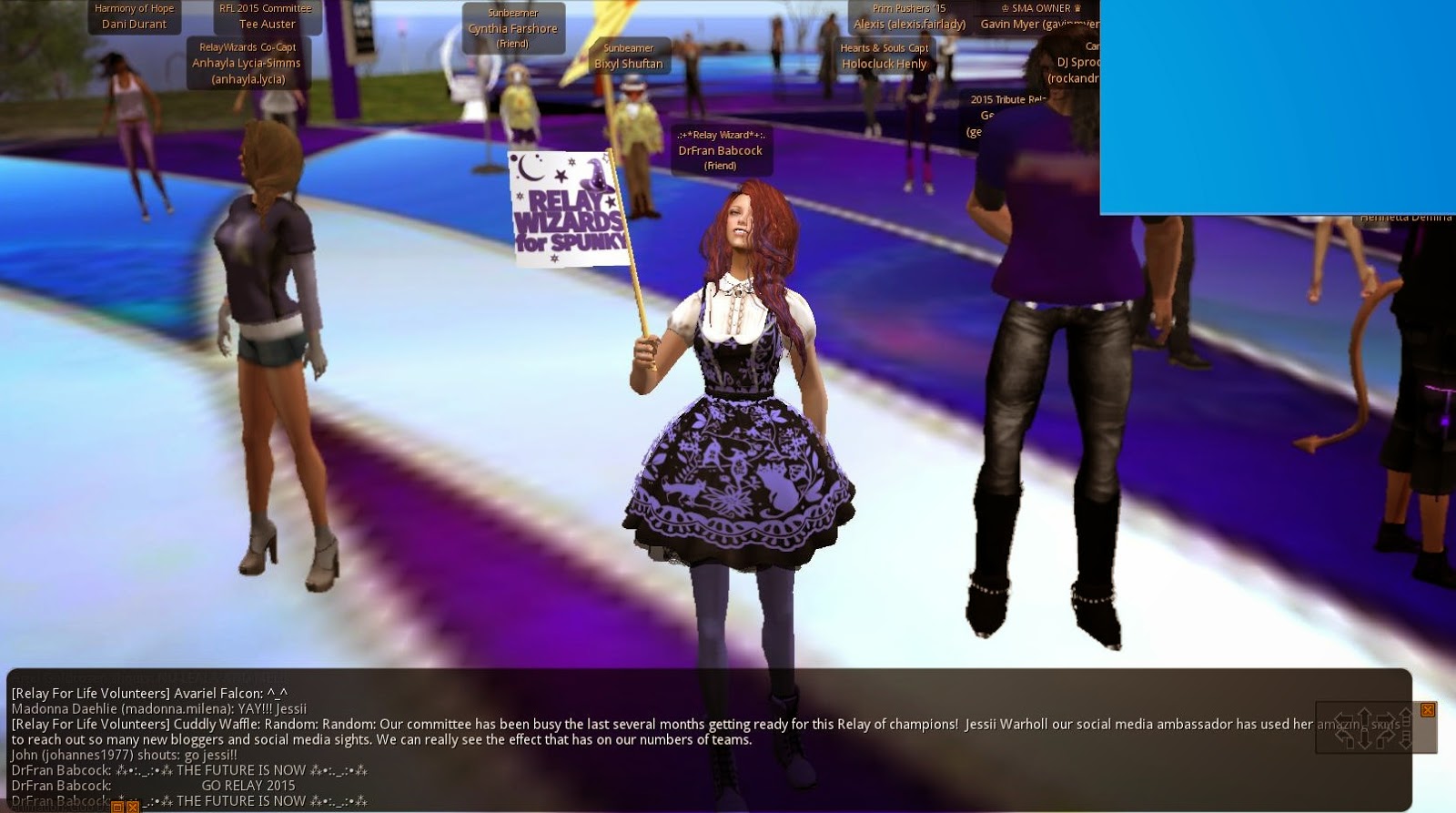 The Newser's DrFran Babcock was there representing the Relay Wizards for Spunky. 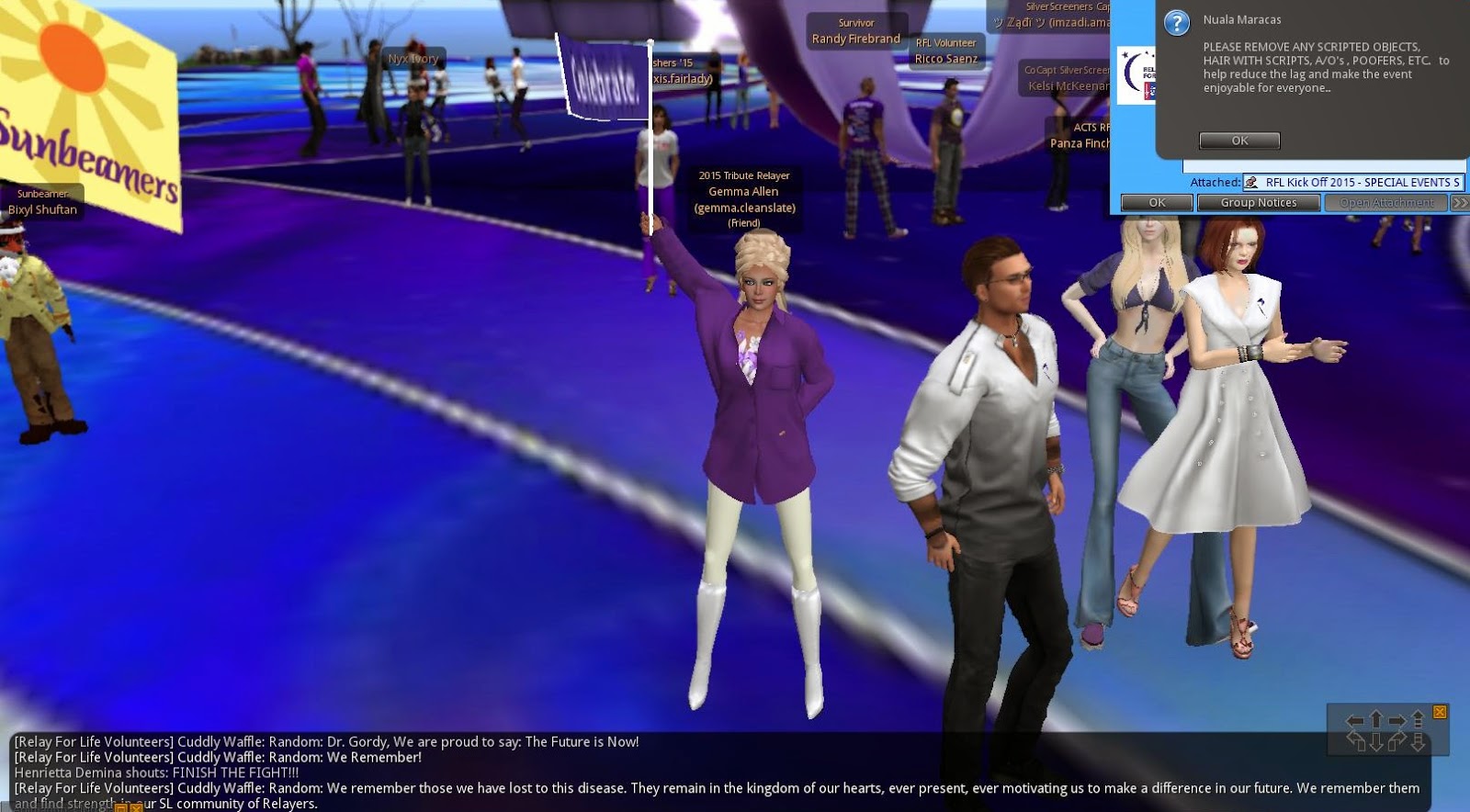 Gemma Cleanslate was also there, though under a Relay-wide title. 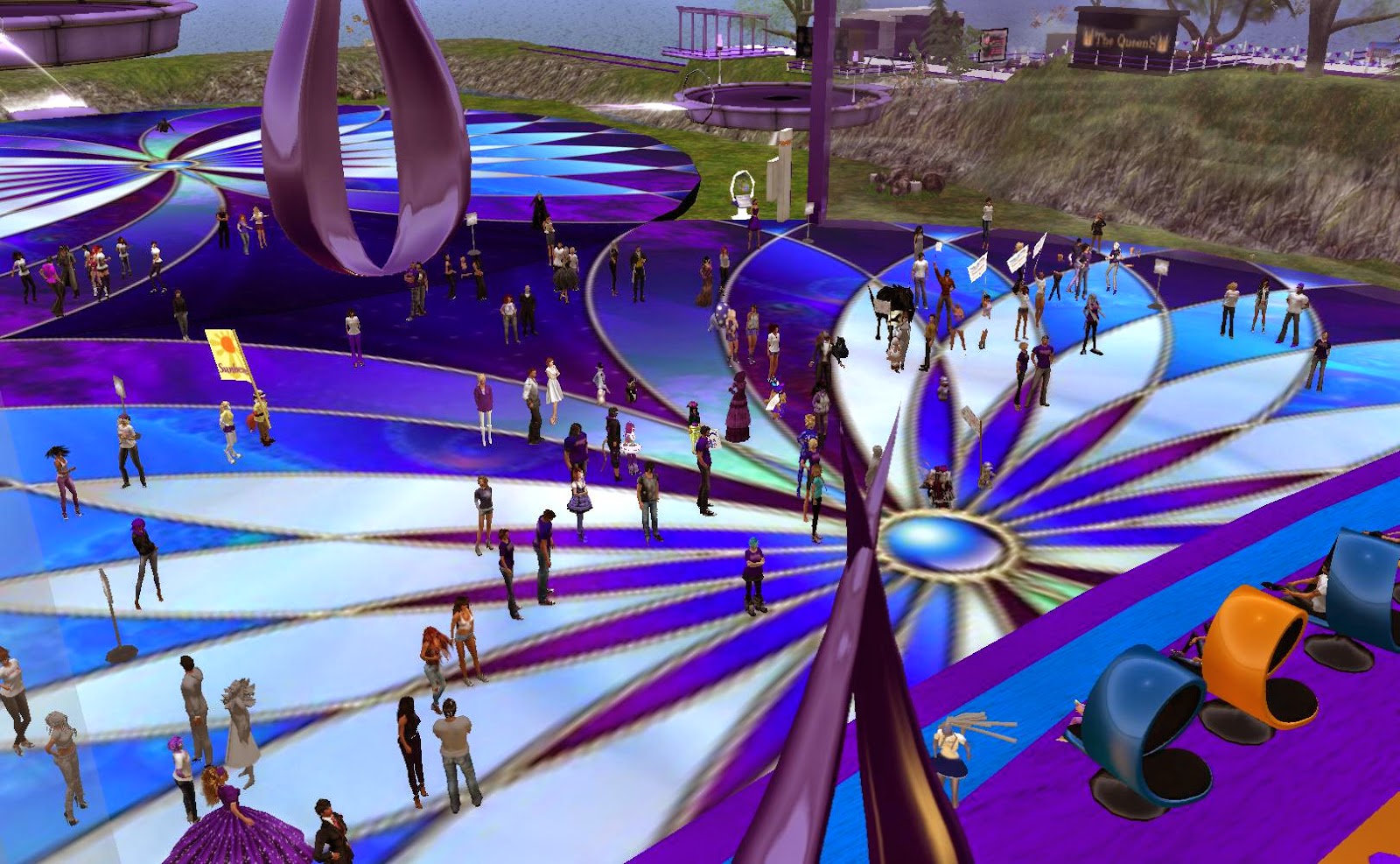 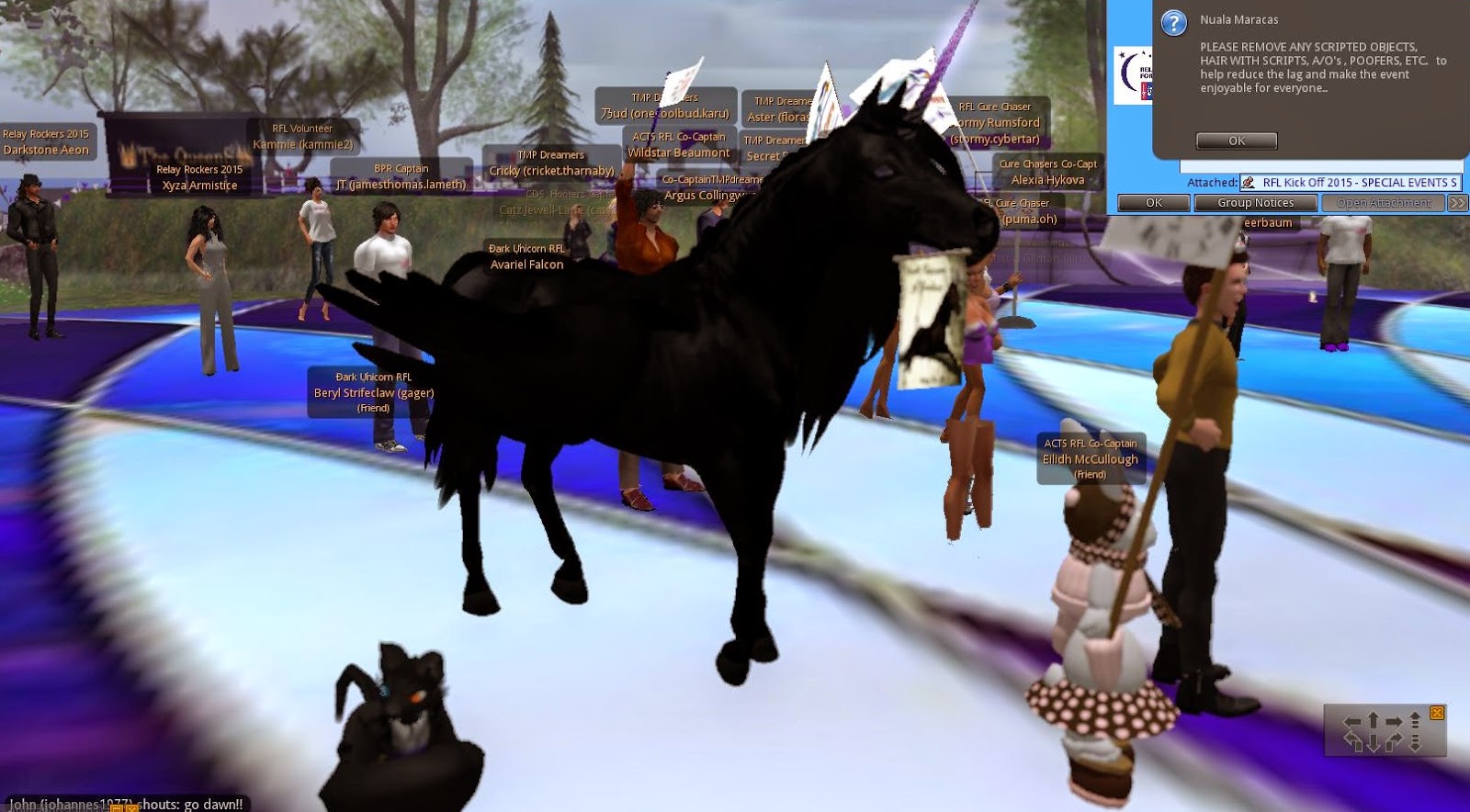 There were a number of noted Relayers present such as the Dark Unicorn Avariel Falcon. 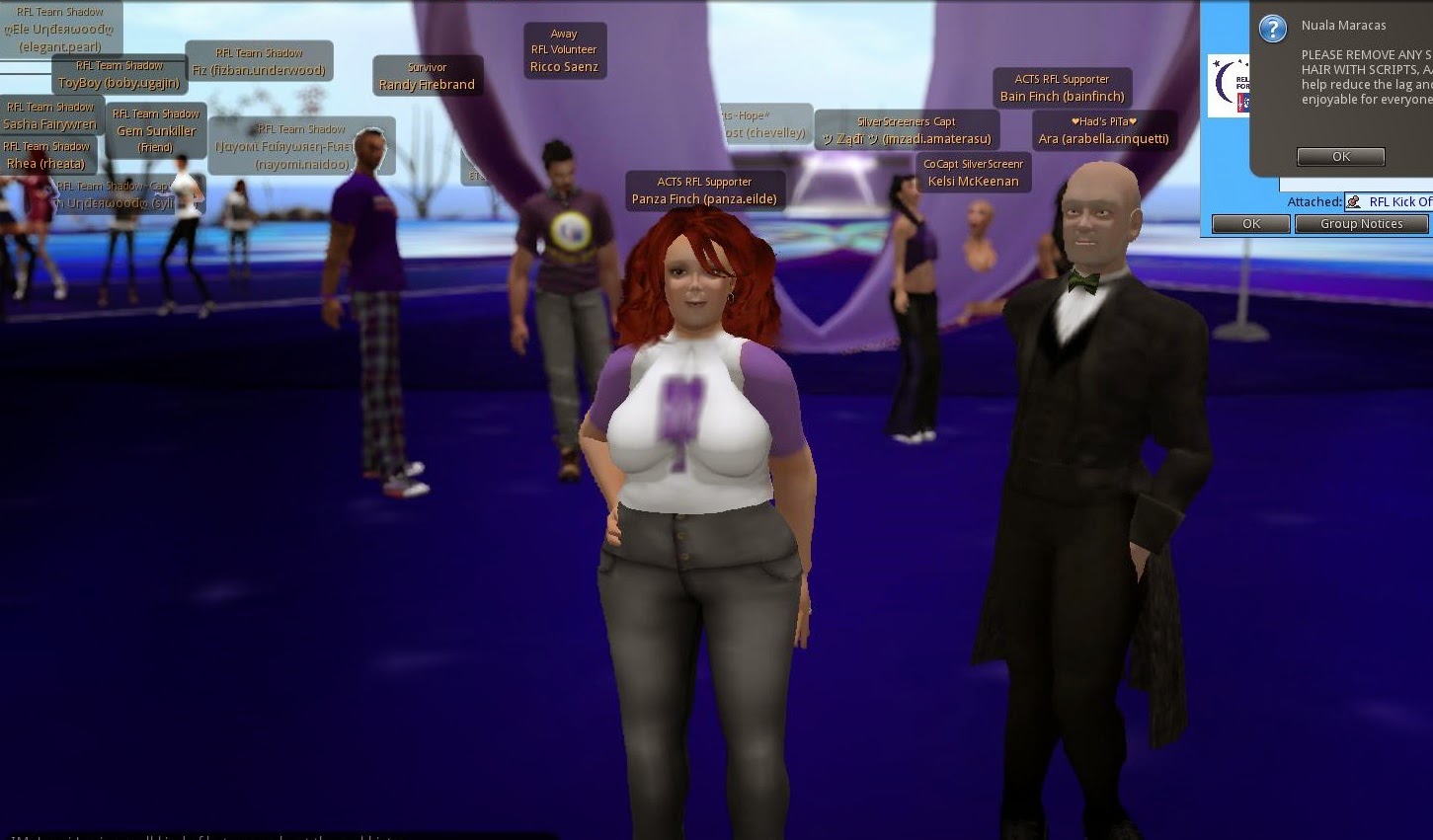 So were Panza and Bain Finch. 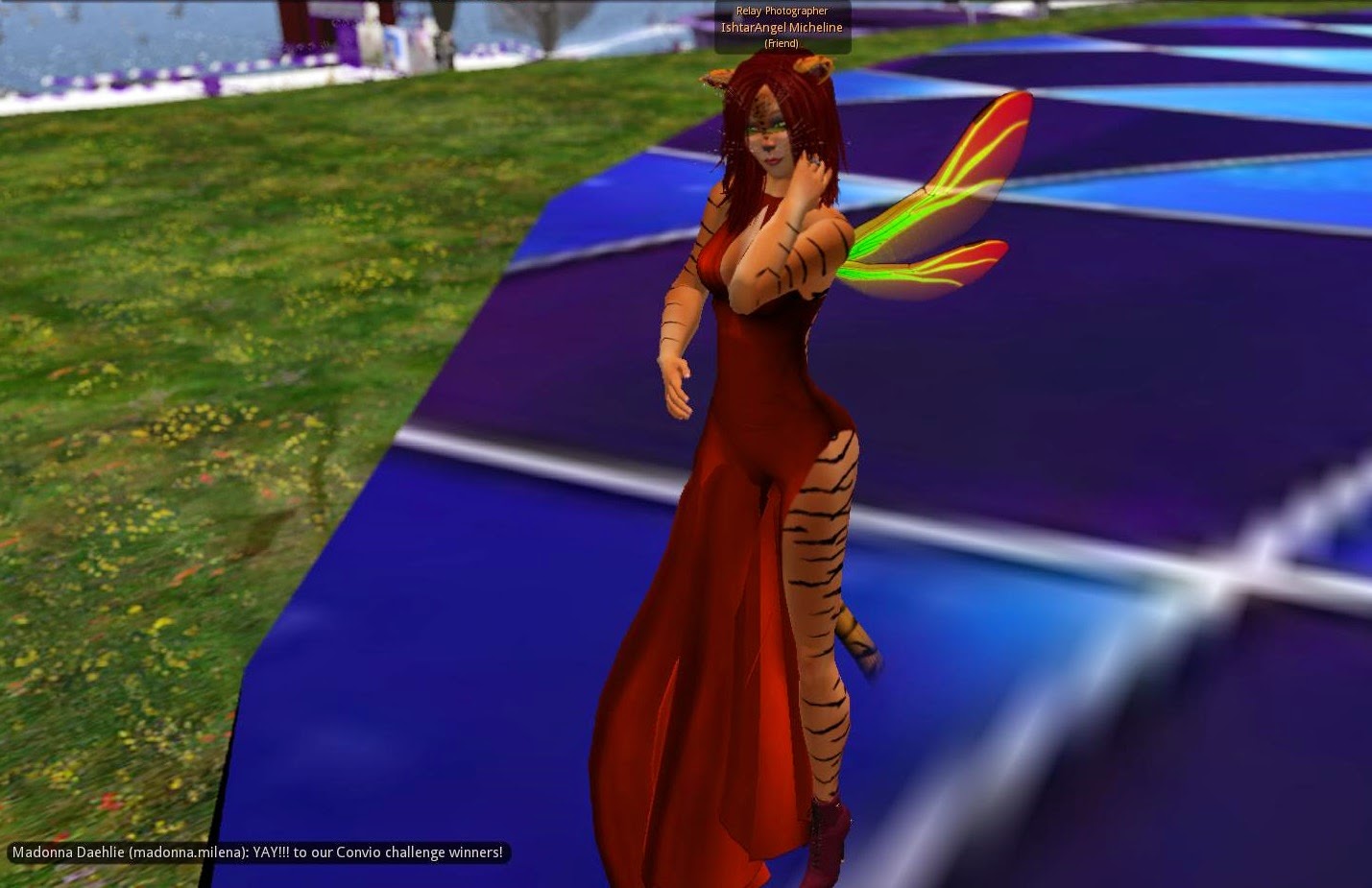 IshtarAngel Michaeline, the official Relay photographer, was there in an orange tiger neko look, instead of her normal white. 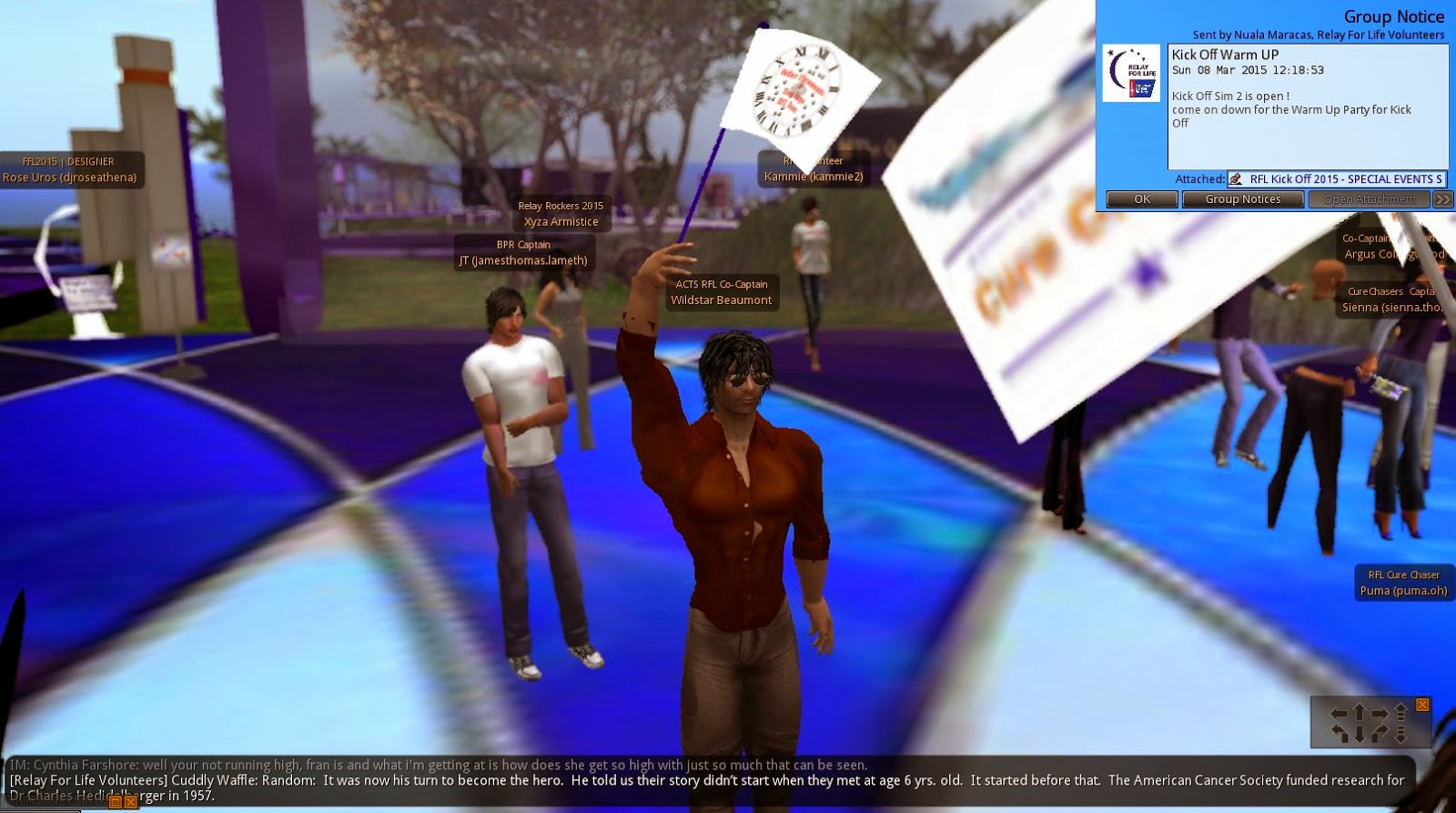 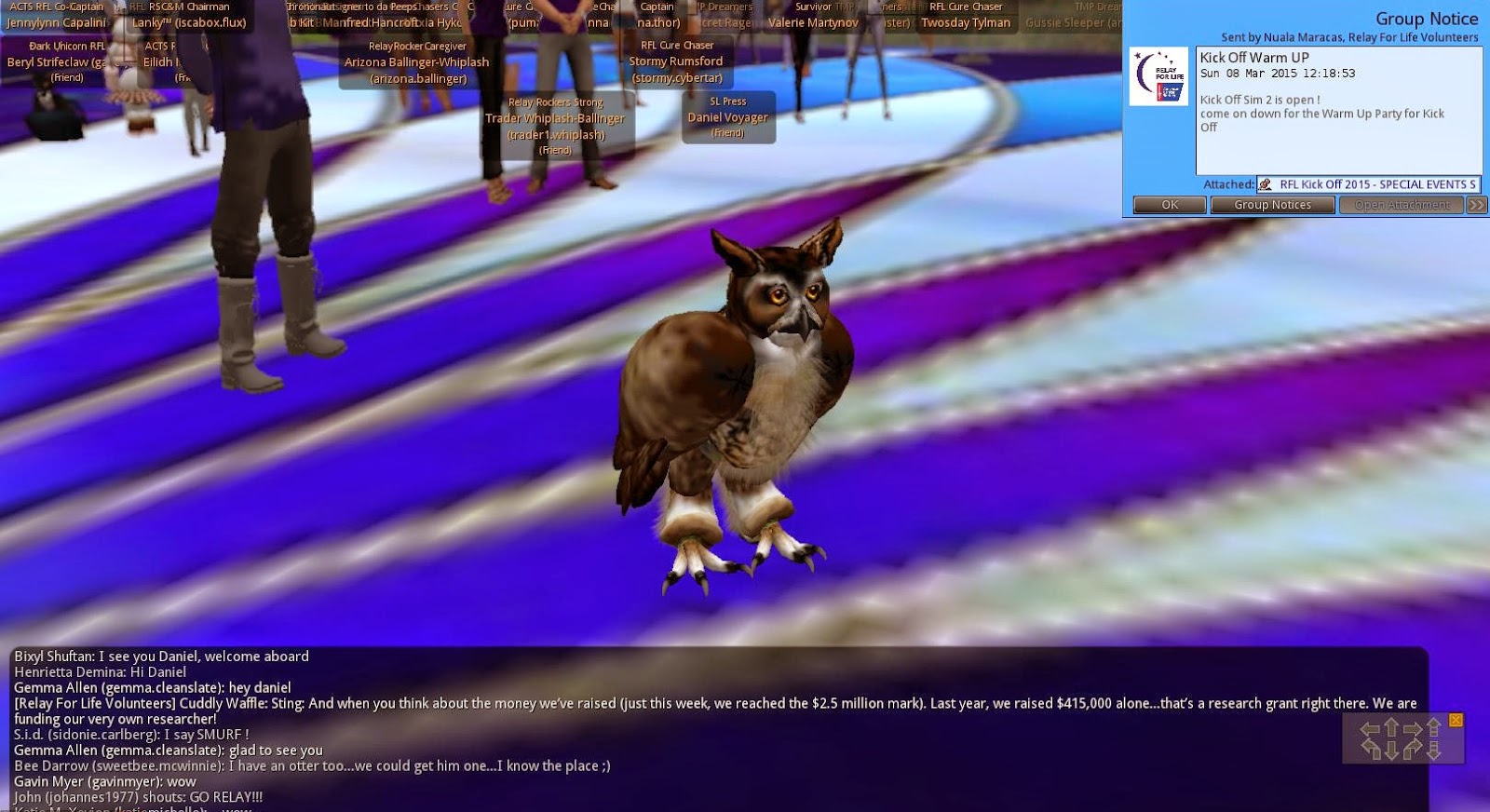 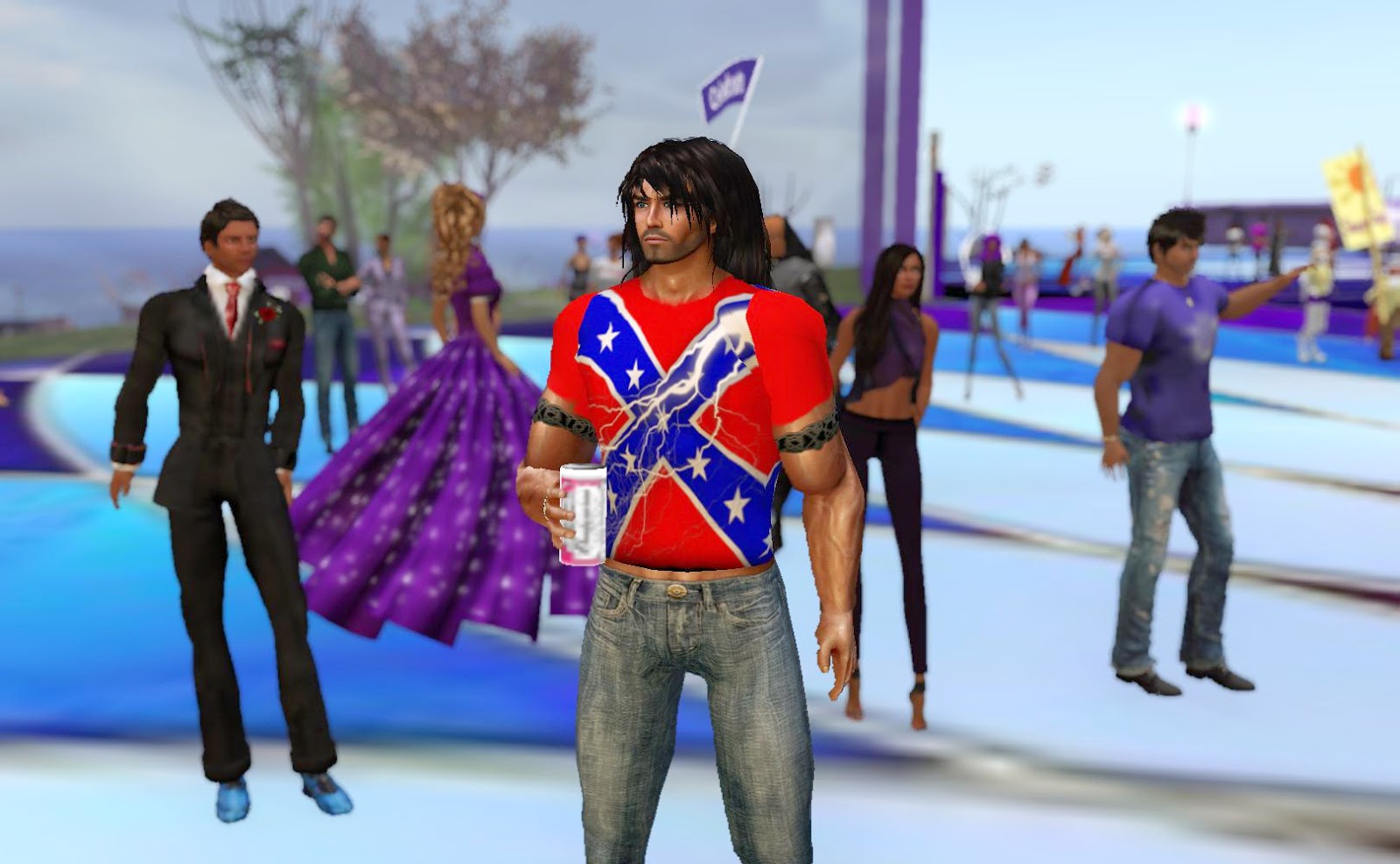 There were many others there, some standing out in their own way. 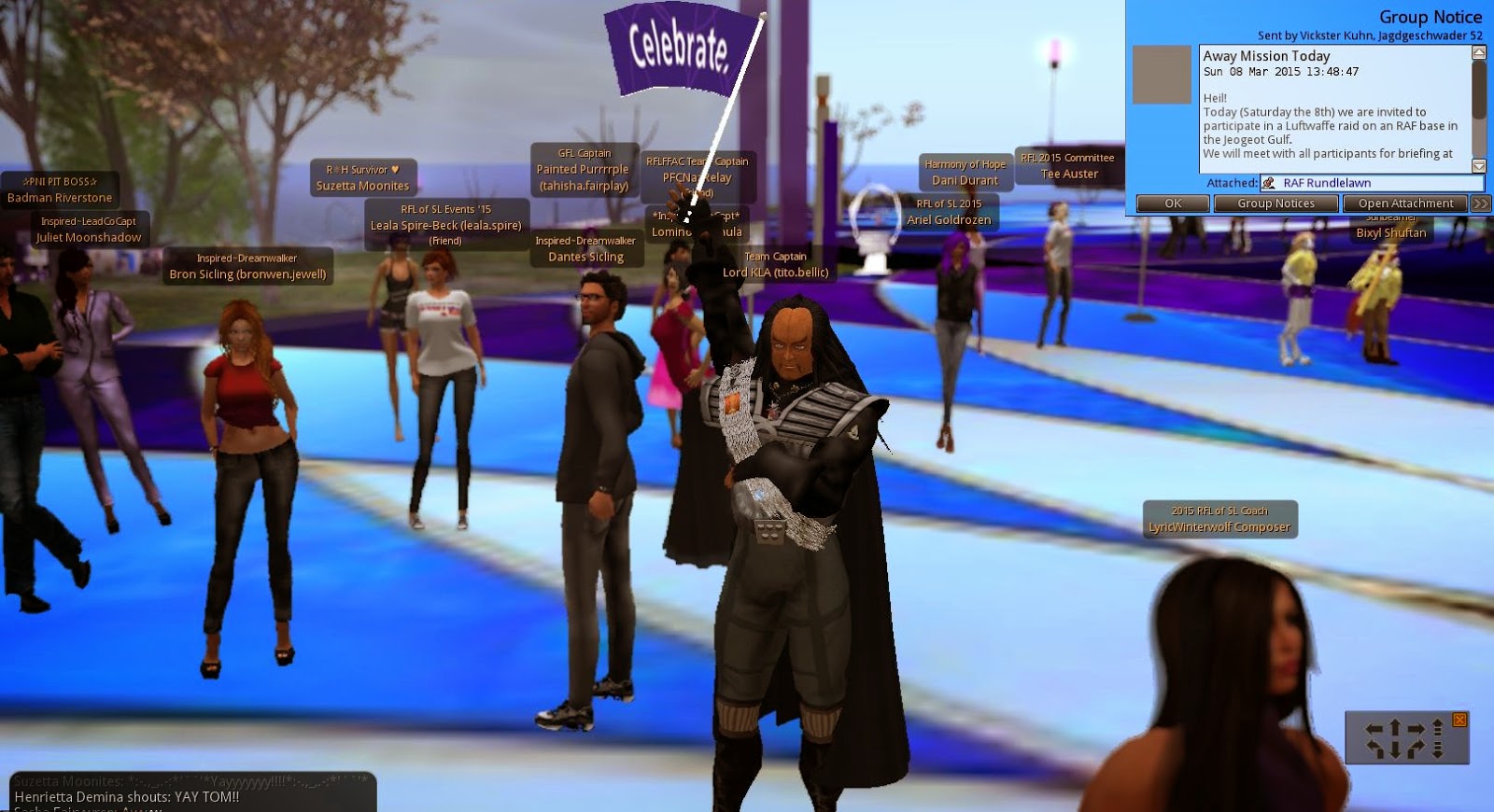 The captain of a Klingon Team. 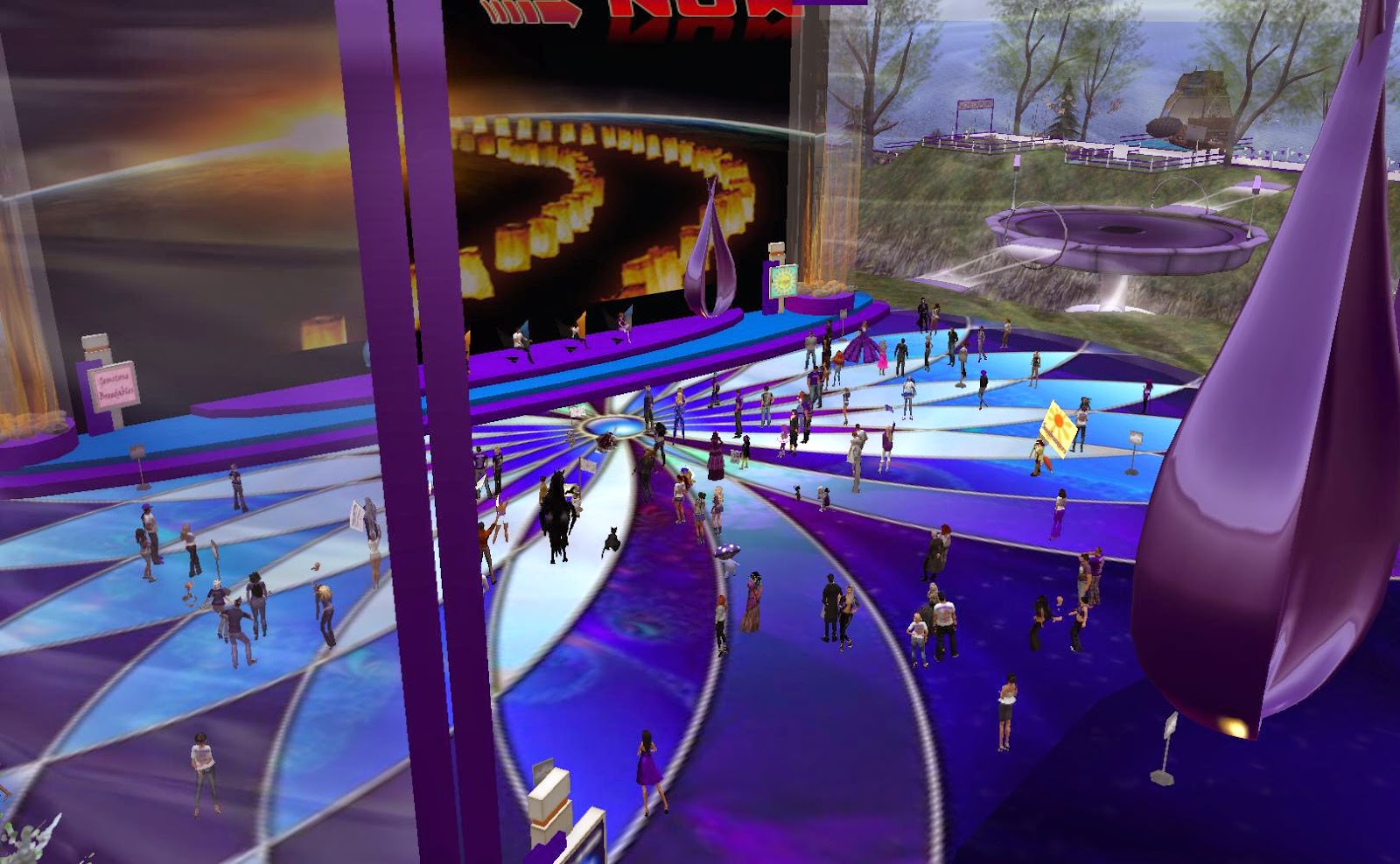 Over the radio, Stingray talked about a number of things, such as the radio sponsors which began appearing last year, ""whatever we did last year, it was good enough so they came back." Also listed were some accomplishments by those doing cancer research over time, such as new treatments and new ways to test for cancer earlier and more accurately. There were also improvements just for the quality of life, "We've created a world in ... where so many people survive cancer, it's not if but when you survive." Overall, the survival ratio has improved from 1 in 10 to two in three.

Also mentioned was how much has been done by the Relay for Life's chapter in Second Life, having raised $5,000 USD in it's first year to over $400,000 last year. Then came someone singing "No Time Like Now." Finally, the season was declared open with the list of teams, large and small.

Besides the kickoff, there were other events that weekend, plus the exhibits on the track around the kickoff stage. Those will be in the next article.

For the recording of T1 Radio's stream, Click Here: https://archive.org/details/2015RelayForLifeOpening .

Posted by Bixyl Shuftan at 8:00 PM