I was upset that the micro writing event at Book Island was gone when Jackson Arthur left Second Life. I always wrote things about my characters or made random nonsense in 100 words or so. However I lucked out as I found another writing event. In Second Life you can find a writing event here or there. Looking at my notices one day, I happened to see a writing event. I warped in and found out about a writing area at http://maps.secondlife.com/secondlife/Milk%20Wood/77/64/22 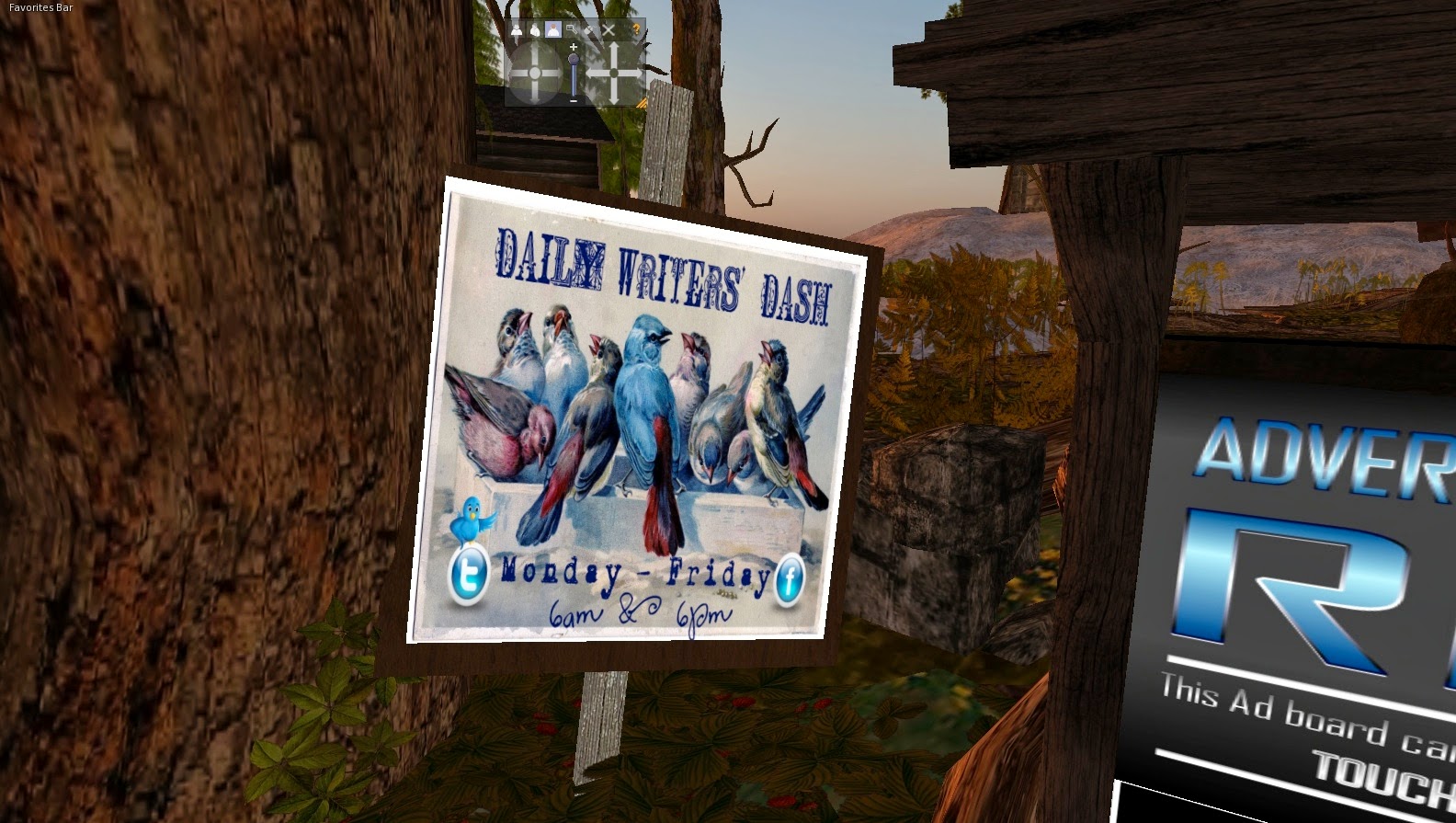 The event I found on Saturday afternoon happened to be helping authors with their writing and plot and story. I remember helping a lady with her story about a woman who committed suicide and the police who were looking to solve her murder. I offered a suggestion that a janitor good be the POV or point of view she needed.


But what the host told me was that the 500 word snatch was held Monday through Friday 6am and 6pm SLT hosted by different hosts and hostesses throughout the week. In 15 minutes or so you have to write 500 words or so with a word in mind. I cheated and didn’t use peel for the time I stopped by but the other writers such as Artemis Danube enjoyed my short story nonetheless. I explained it was a backstory for one my characters and why he did nefarious things. Here’s part of Ranger’s backstory.


“You deserve it! But somehow deep in my heart I know there’s a way to get the money and to give you a second chance. I saw an email from my friend that maybe be able to save you. That is if the casino agrees.”


The Casino boss a black wolf in an Italian suit nodded. “We’d much rather have the money back instead of ending his life. Much better business that way. Tell you what Ranger right?” Ranger nodded yes. “We’ll spare Jimmy’s life and instead you owe us the money. You’re right no way Jimmy will get $100,000. But be warned if you don’t get the money now your life is in jeopardy. Since you’re putting the life on the line for your brother I’ll give you extra time. If today is August 22nd you have until October 22nd.” 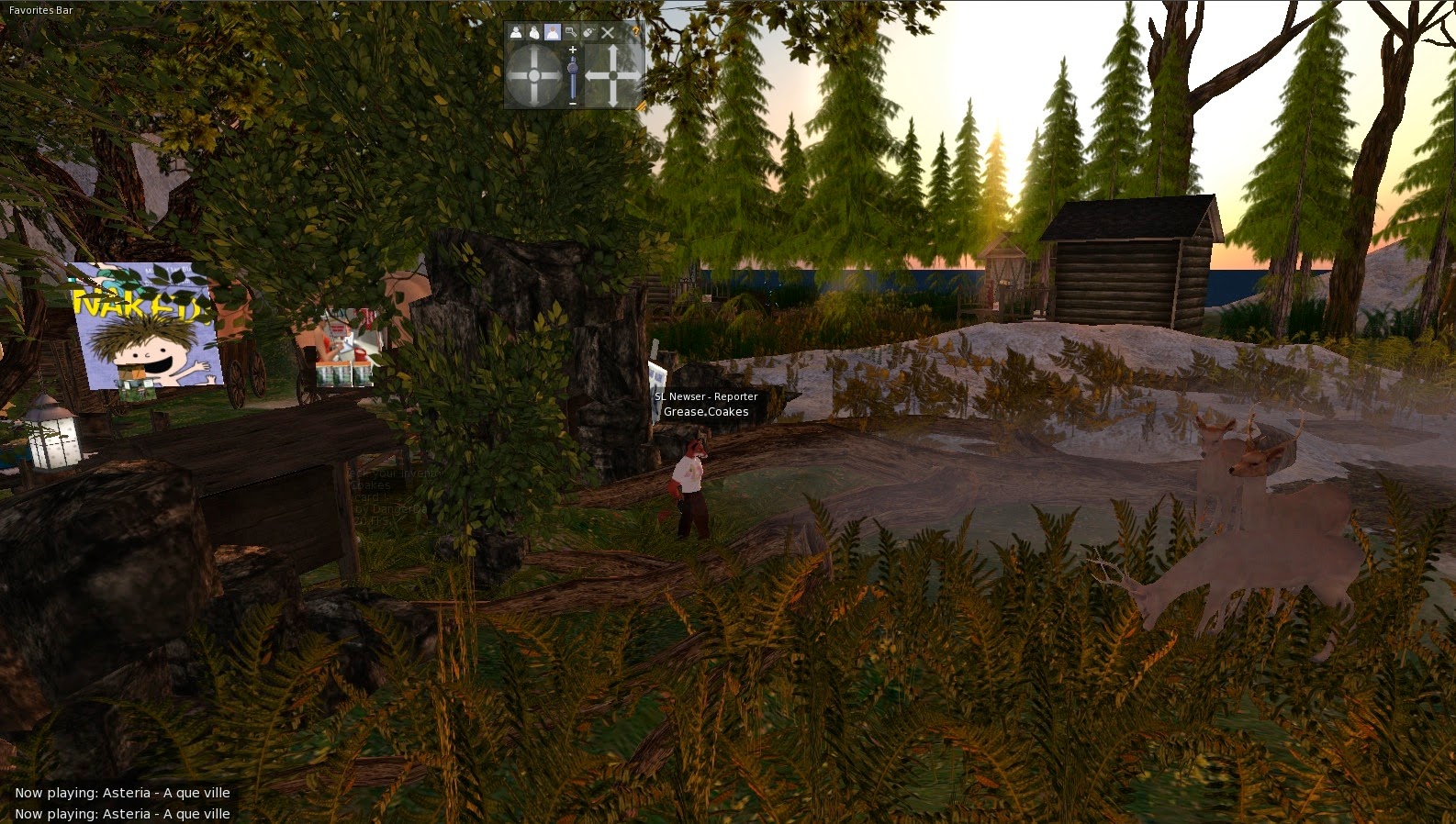 Gwen’s story was fantasy in a woodland setting where the character Abigail strolled through a forest every night.


His strides were easily half again as long as her own; Reynardine had no trouble catching up with Abigail. He took her arm. “My lovely Abigail,” he said. “I’ve brought you a gift.”


“Oh?” Abigail stopped in one of the many small clearings ahead of the meadow. “What kind of gift?”

The Hunter reached into his jacket pocket and pulled out a red apple. “Shall I peel it for you?”


Abigail shook her head. “No— and why on earth did you bring me an apple?"


Another story by Deva was about a pirate close to death.


The Surgeon placed his hands on the edge of the table, exhausted. The Captain was a very unhealthy colour and he had no idea if he would survive. Blood seemed to be everywhere, the table, the floor and even himself. He let his eyes wander to the severed leg on the floor and he managed to find his voice to order one of the men “Throw that overboard! He will not want to see it.” 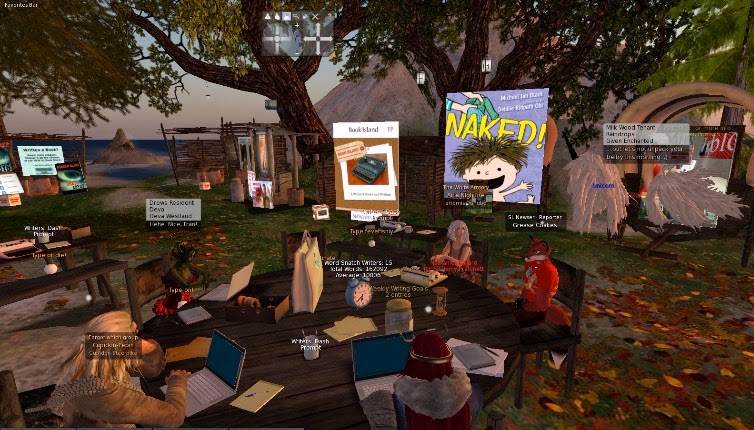 Even if you’re not a writer and just want to hang out and read other stories feel free to stop by. Perhaps it may inspire your inner writer for you to create characters and to write short stories or the like. Stop by the 500 word snatch and give it a shot. It couldn’t hurt and it’s doubtful you’ll run into a bad situation like Ranger, The Pirate Captain or Abigail. The writers I hung out with were pretty nice but they were pretty malicious towards their characters.