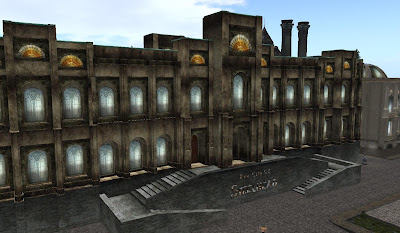 Friday September 25 was the last scheduled party the Steampunk-themed Steelhead community would hold in their estates, the sims doomed to go away at any time after the end of the month. So at 7PM SL time, the Steelheaders and friends gathered at the Town Hall for one last bash. 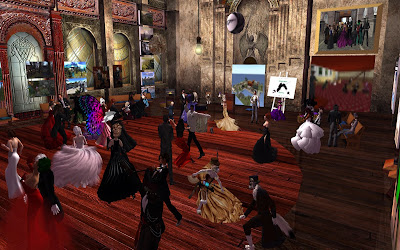 Cynthia Farshore, whom got to the party before I did, took this picture. Here, one can see a few of the pictures of the place that Fuzzball Ortega, whom was the DJ that night, requested so he could place them to help the Steelheaders recall old times. 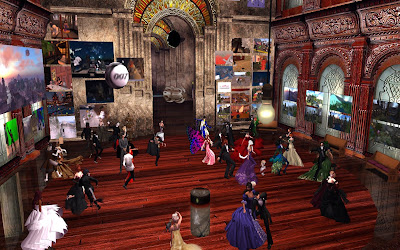 Cynthiia's second screenshot, showing another angle of the room for the dance. 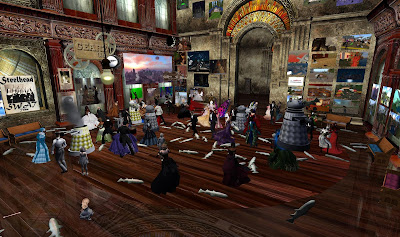 Steelhead parties are known for two things: someone inevitable brings in a bunch of Daleks, whom eventually destroy one another, and fish being dropped in on the dance floor ... steelhead salmons of course (picture from Steelhead's group on Facebook). 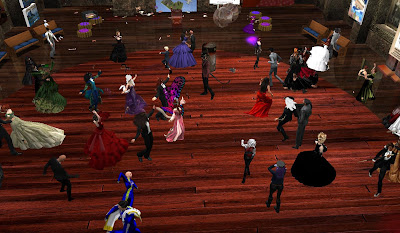 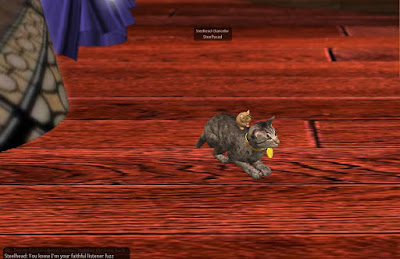 The estate owner and community leader, TotalLunar Eclipse, was there via his alt Steelhead, a feline with a hamster passenger. 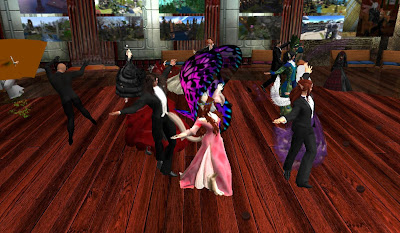 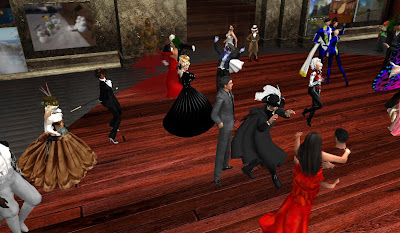 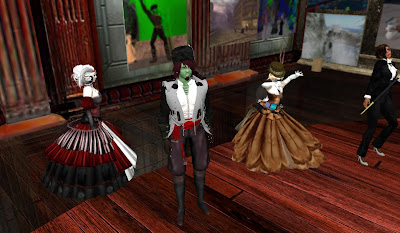 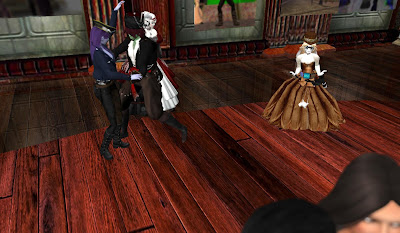 He was soon able to find a dance partner. 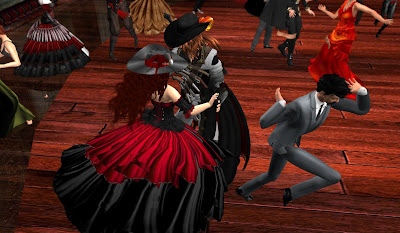 This couple looks like they were still dressed for "Pirate Day" a week earlier. 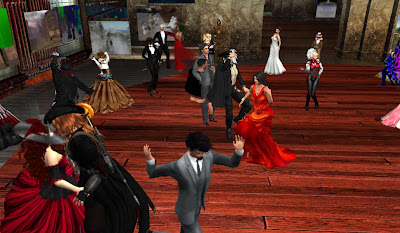 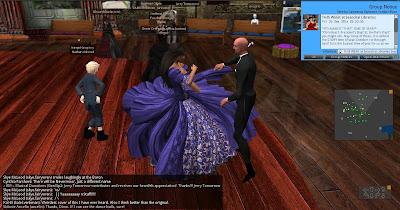 Fuzzball Ortega dances with his partner Eugenia, or "Genie" as she's usually called. 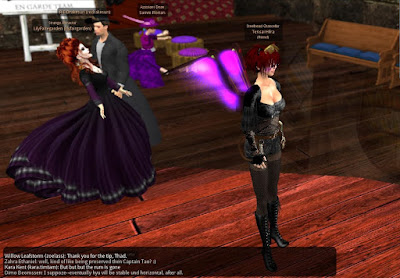 Her account offline for some days as well, Lunar's partner Tensai Hilra made it over for the event. 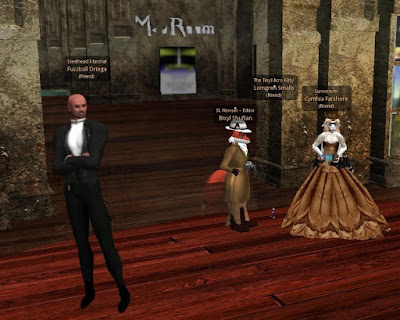 Lomgren also dropped in to see the place's last hurah. 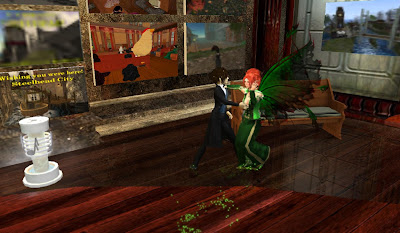 Willow Leafstorm, who took over the DJing after Fuzzball, dances with a friend. 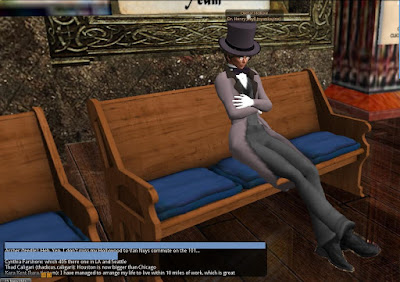 Not quite everyone who showed up was dancing. 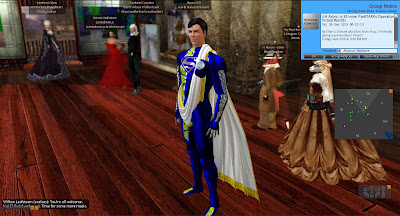 Kal-El Venkman showed up in something other than his normal "Superman" outfit. Was this Kryptonian formal fashion? It's been a few decades since I picked up one of the comic books. 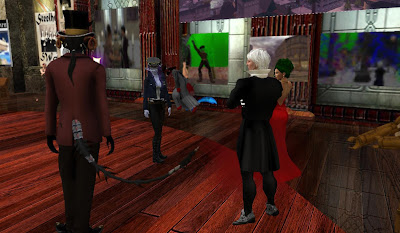 As the party wound down, Baron and Baronin Wulfenbach say good night to a couple of the "Jagers," their task at Steelhead complete. 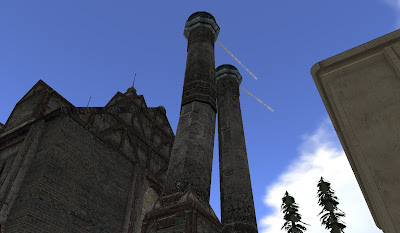 And so, the last official event in Steelhead came to a close. From then on, all events would be held in Nevermoor. As of the writing of this article, the Steelhead Estates are still up, but not much longer. After September 30, they can pretty much vanish at any time.

*Addition* It would be later on that I found out the name of Fuzzball's closing song that I hadn't heard anywhere else: "Standing" by VNV Nation.