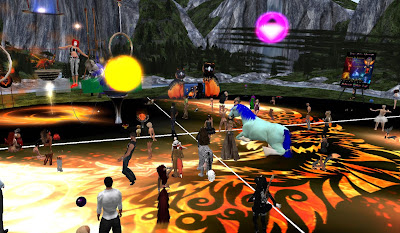 It was five years ago since the formation of Team Firestorm, originally known as Team Phoenix as that was the name of their viewer then. Thursday September 3 was officially their fifth anniversary, and they celebrated with quite an event which including live and DJ musicians, a live performance act, and gifts for those stopping by.

Join us today as we celebrate crossing into our 5th year of providing the most popular viewer in Second Life and virtual worlds! Five years we’ve been together as a team developing and supporting first the Phoenix Viewer and then the Firestorm Viewer used in Second Life and on other grids. It is a testament to the character of each individual on the team as they have all donated their time on a volunteer basis to provide the best experience possible for our end users.

We have a huge party planned starting at 1pm Sept 3rd (regions open at 12:30, so come early!) We have some amazing gifts to give out too! 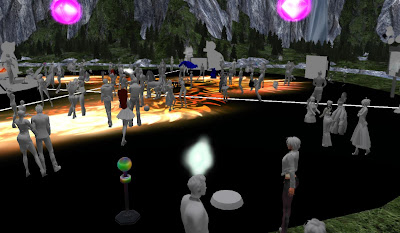 When I first came by, a half hour after the event started at 1PM SL time, the place was full and laggy, despite being in the crossroads of four sims. 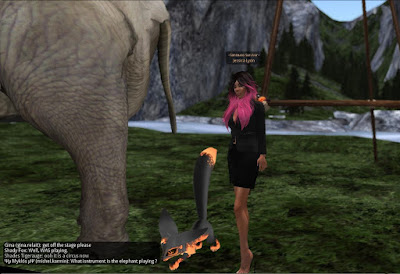 Jessica Lyon, the head of Team Firestorm, was there, along with several others from the team. 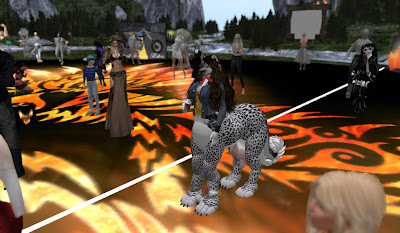 Among them was Chakat Northspring, instantly recognizable with her taur avie. 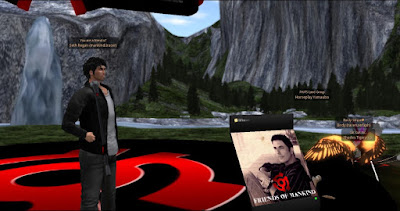 For the first hour of the event, Seth Regan (Mankind Tracer) sang for the crowd. He also gave a free CD of his songs to at least one lucky member of the audience. 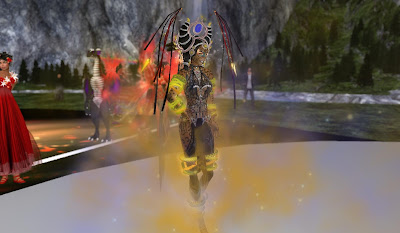 At 2PM came the "Chang High Sisters" with their "Fireshow of Light, Life, and Love." 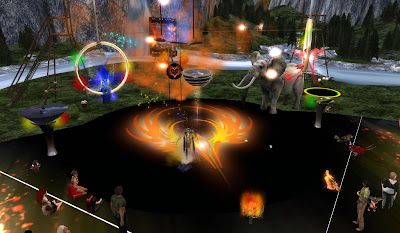 "These folks have created and designed a unique and extremely powerful fire-dancing show, full of lighting effects of many different kinds, all created, scripted and available inside Second Life, using fire balls, prims, particles and poofers, lasers, sparks, smokes and other kinds of realistic light displays." 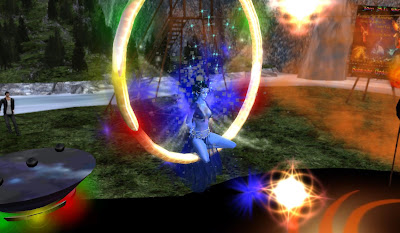 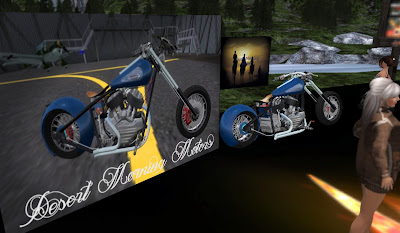 There were a few freebie gifts to be had. One was a motorbike, a "modified 1941 Cafe style racer" by Desert Morning Motors. 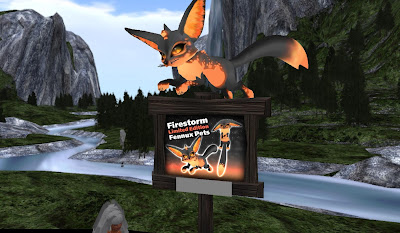 There were also a couple pets. One was a limited edition "FireFlurry" from Kittycats, one that was maintenance-free. For Fennec fans, there was a special Fennux pet. It came in two versions, one for being held, the other for walking (and running) besides it's owner. Several people at the party had their new pets with them at the party, mostly Fennuxes, as the Fireflurries started virtual life as little kittens. 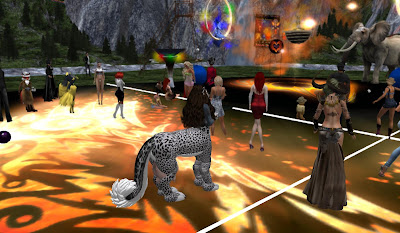 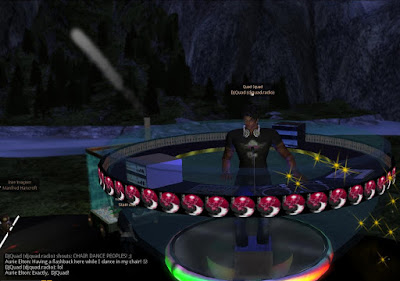 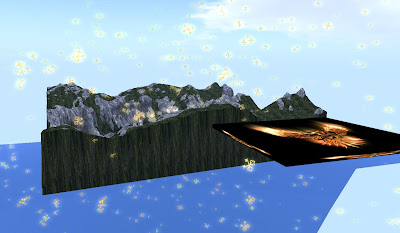 A look at the Skybox from outside. 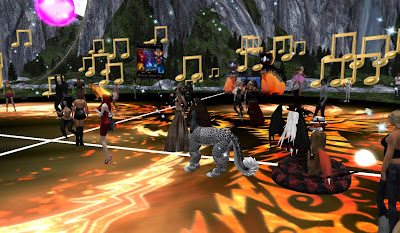 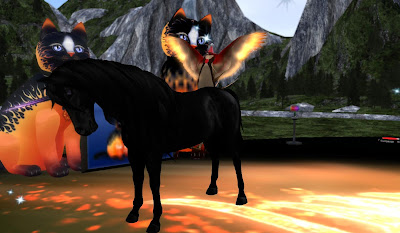 Avariel Falcon, the black unicorn of the Relay was there, along with Catboy Qunhua, and a few other SL noteables outside the Firestorm team. 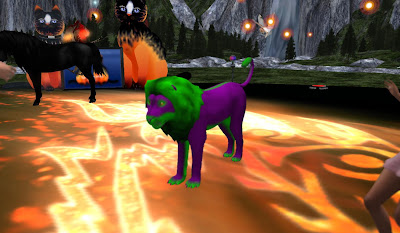 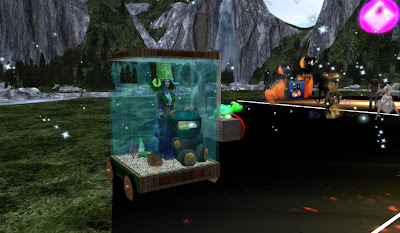 A mermaid who got a little "tanked" at the party. 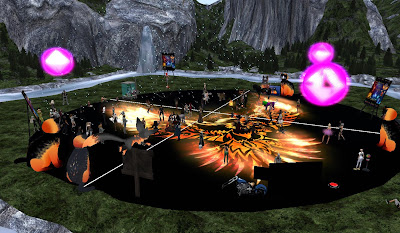 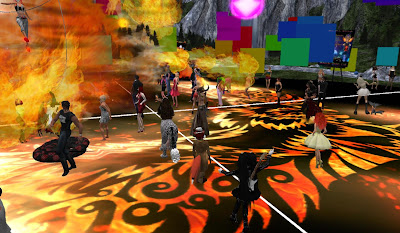 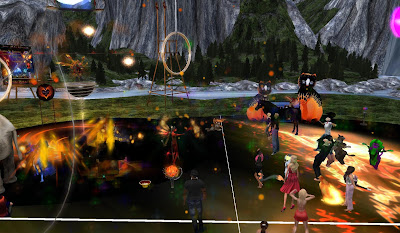 It was quite a show by Team Firestorm.

For those who couldn't make the party, the gifts were still there when I checked the following day, and they may be there all weekend. One can also pick them up from links on the Firestorm blog.