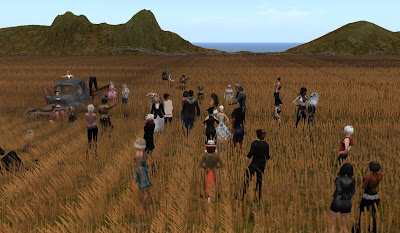 Last Saturday September 5 at Noon SL time, noted Second Life artist Bryn Oh had a party at her Immersiva sim. In her blog, she credited Johannes1977 with the idea, whom asked why there had never been events at her sim. So they came up with one, with some of Bryn's favorite music 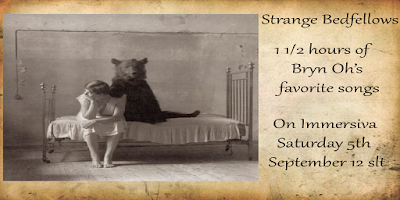 Bryn Oh called the event "Strange Bedfellows," of which 23 of her favorite songs and tunes would be played over an hour and a half, "ones which inspires me in some way. ... a fairly melancholy set of songs.  I am a big music fan.  I have always felt that I could have been a music star ...  If my voice didn't sound like two dogs fighting over a broken fire detector ...  For me there is a very satisfying type of melancholy that makes me wistful, sad and content all at once.  Many of the songs on this list are ones that draw out in me that feeling.  If you are hoping for a lively set then stay away!  It's more of a sit in the wheat and relax set." 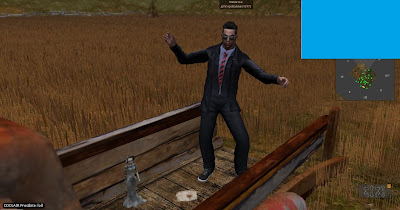 Johannes played the music, often while dancing in the back of a rusted pickup truck at the scene of the party, in the middle of a wheatfield that reminded me a lot of artist AM Radio's signature exhibit.

There were a few other SL notables there, such as blogger Inara Pey and artist Ux Hax. 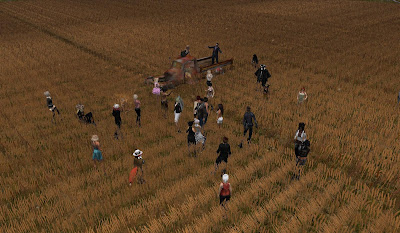 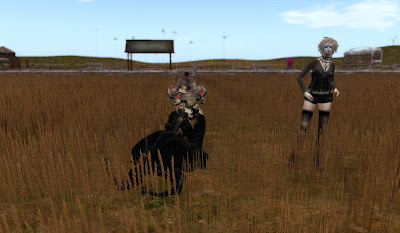 There was a variety of appearances, so perhaps the "strange" in the event's title was warranted. 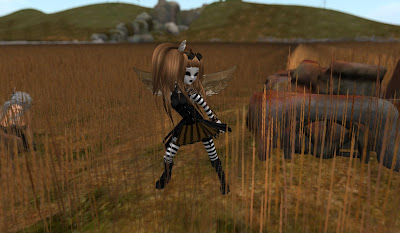 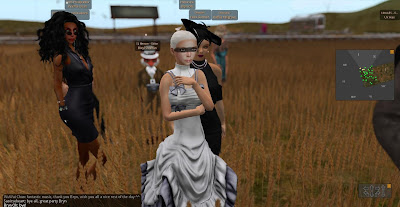 Bryn Oh herself had a different look than usual. The grayish skin and hairdo were gone, replaced with a more common look, save for the short-cut hair and the masklike shadow over her eyes. 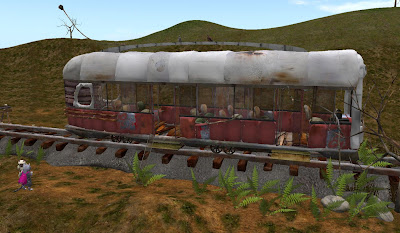 Further away from the event were scenes of the current exhibit at Immersiva, including this rusting streetcar. 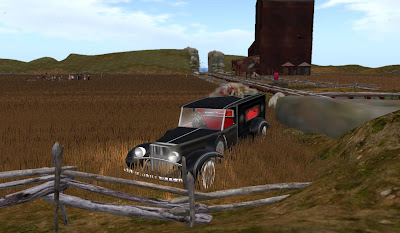 There were a couple of random antics at the party. One was when someone rezzed a hearse and drove it around away from the crowd. 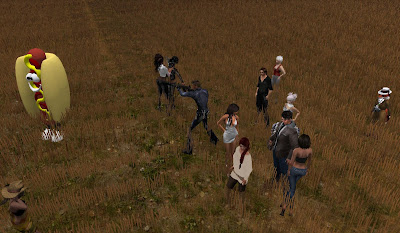 Then there was this hot dog running around. One guy responded by drawing out a weapon. Maybe he wasn't too happy to "meat" him. 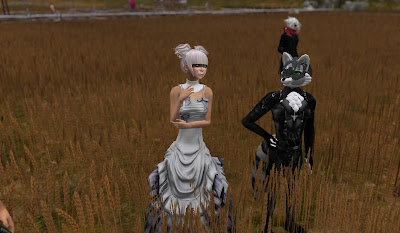 Okay, make that three random antics. With Bryn Oh's "bandit" look, I couldn't help but stand next to her in my raccoon appearance. 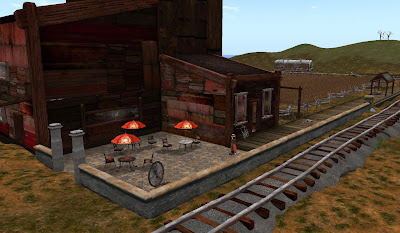 Eventually the party ended. But the displays around the Immersiva sim are still there. One can teleport in at any time to look around.

Not everything has been rosy for the Second Life artist lately. It seems her Facebook account has been threatened with being taken offline due to her not using her real-life name. Hopefully that doesn't some to pass.