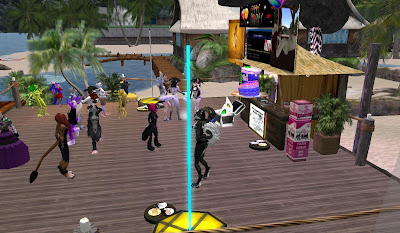 On Sunday November 22, the Sunweavers and Angels held a surprise Rezzday party for Brandi Streusel Tungsten. Brandi is the partner of Nydia Tungsten, as well as the owner of "Brandi's Intimates," a clothing store sometimes called "Brandi's Panties." Cute and friendly, she's quite popular among the others in the community. So when Nydia announced there was a party for her, many dropped by. 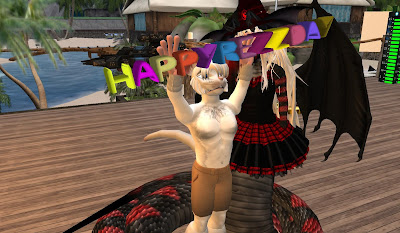 The event was originally planned to take place at Nydia and Brandi's home, Mouse Hole Manor in Sunlight Bay. But the sim can handle only a certain amount of people. So it was decided to hold the party at the Happy Vixen Beach Club in Purfection. 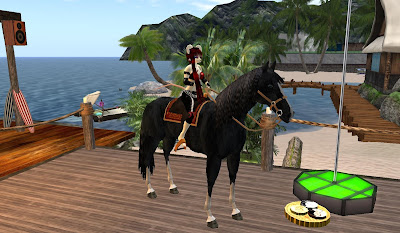 The guest of honor arrived not on a white horse, but a dark one, a little present she had gotten herself. Jasmine Dawn, who sports an equine avatar, pretended to be sad, "she's seeing other horses!" 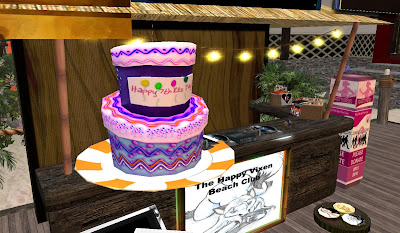 And of course we had a cake for her. Instead of candles though, there was a sign, "Happy 7th Rezzday." 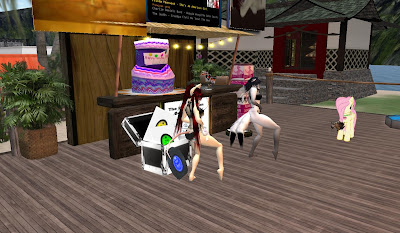 And with Brandi and Nydia in-step, the party was in full swing. 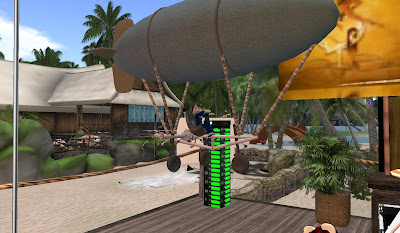 Among those arriving was Lomgren Smalls, who did so on his new pedal-powered blimp, courtesy of Jasmine Dawn. 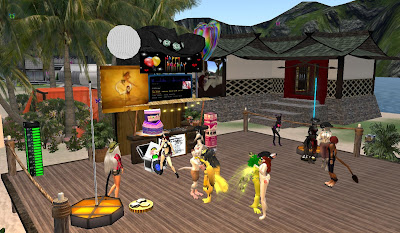 Brandi's a country music fan, so most of the tunes were country ones, such as "Romeo." She passed out a few cowboy hats, which were modifiable to fit different-sized heads. Someone stretched hers out to giant size and placed it on the club music board. 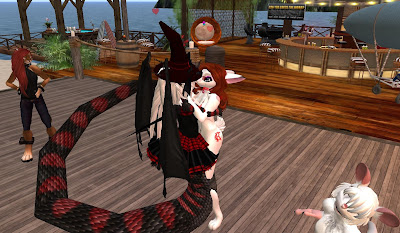 It was a fun time had by all.