Some Relay Events This Week 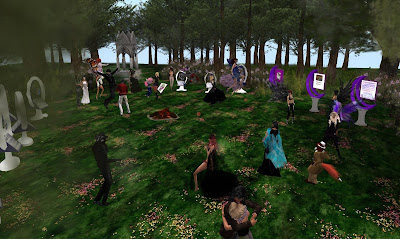 This past week, residents by the hundreds have been heading to the Second Life Birthday. But that hasn't been the only thing going on. The various teams of the Relay for Life have been having a number of events. They had too many for this reporter to cover, but one could drop in on a few. 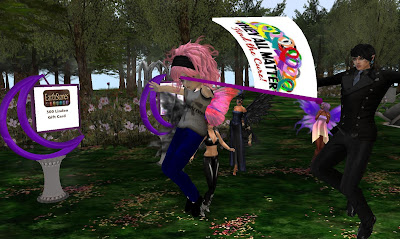 On the evening of June 18, Team Shadow held a "Masked Ball" above the Silver Creek sim, of which Victorian or fae looks were suggested, or a mask of some kind. I ended up wearing the glasses I had gotten from the SL13B from their Press Day. 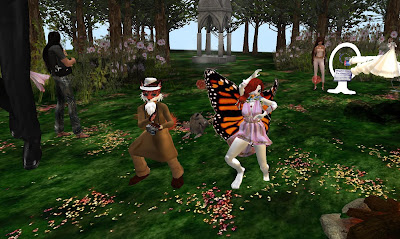 Skylark LeFavre, the events coordinator for Team Sunbeamers, had been appearing at a number of events other teams were holding, especially those in which other teams were able to rezz their kiosks. The Sunbeamers got about a couple thousand Lindens from the event.

IshtarAngel Micheline took some pictures of her own, which can be read (here). 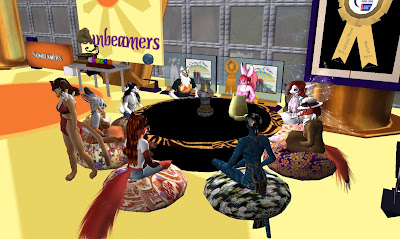 On Sunday June 19 from 3 to 5PM, Team Sunbeamers held a brainstorming meeting about what their campsite on the Relay Weekend in July should be. 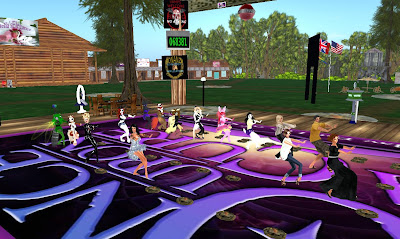 On Monday June 2oth the Bonanza Country Club at Eternity Isle held a "Line Dance" party which was
"BYOK" or "bring your own kiosk." The Sunbeamers made a heavy presence there. 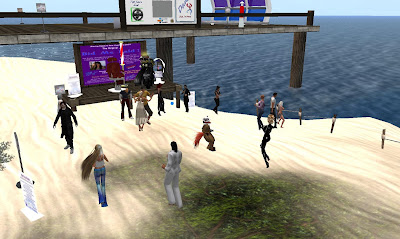 Wednesday June 22 at 4PM was the "Bid Me Bald" that week for the Relay Rockers at Arinultra Cay.

During this past week, I've been participating in the Relay Rockers' 'ORIGINAL' BID ME BALD Fundraiser to support The Relay For Life of Second Life & the American Cancer Society.  I would be honored if you would make a donation on my behalf to help. As a BID ME BALD participant I am offering my hair to help find a Cure For Cancer.  My haircut is today at 4PM slt!
Come bid, com watch, come party to classic rock! 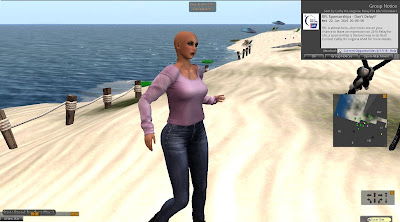 The event raised about 55,000 Lindens, which meant the victim/volunteer, Stevie Basevi, would be sans hair for 11 days. 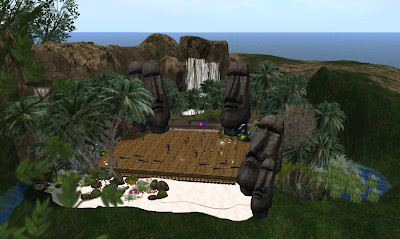 June 24 was a much needed event for Team Spirit of Sherwood Forest. Last month, the team made news when one of it's officers, Nikolai Redmayne, had been among those killed in the plane crash in the eastern Mediterranean Sea last month. And on Friday June 24, starting at 12 Noon SL time, an event was held in his honor at the Skybeam Stowaway sim. Zander Greene was the DJ for the first few hours. 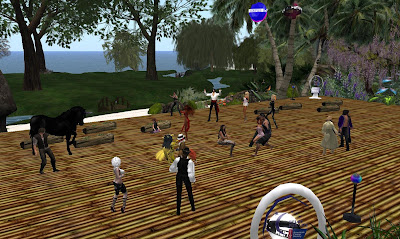 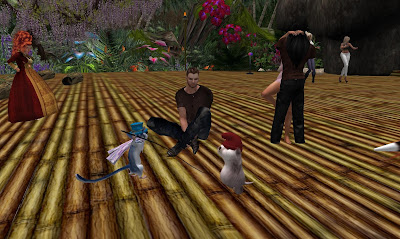 At 3PM, Amethyst Starostin took over as DJ. The event was attracting avatars of all kinds from Rowena Dubrovna's tiny otter to Oldesou Eldemar's Dinkie tiny, to Sidonie Carlberg's sugar glider, to Avariel Falcon's dark unicorn, and more. There were a number of subjects brought up, including when talk of 80s music led to what one girl described what happened to her in May 1980, "I was in Nebraska at the start. And then Mt. St. Helens blew its top off. And then a friend and I drove my old Ford up to Washington State to do some camping." "-after- the mountain blew?" "Yes. It was rather dusty up there. Spokane, Washington had several inches of volcanic ash on the streets." 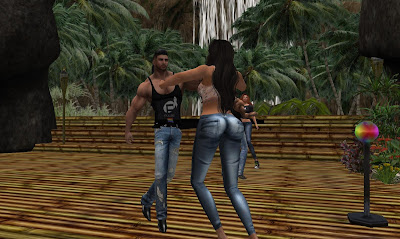 Eventually, Amethyst announced, "Ok folks, I would read this to y'all but I'm crying and can't talk at the moment.  For those of you that did not see this notice from Aphrodite Starr, one of the captains of the team we're doing this for:  Aphrodite Starr - "I just got off the phone with Nikoli's husband, he was in tears about hearing of all of your kind hearts doing this today. the djs, those hosting, and all of you donating. he asked me to pass on that he loves you all and thank you so much!!  From our team, from the bottom of my heart and that of my teammates, thank you so so much!! GO RELAY!!" 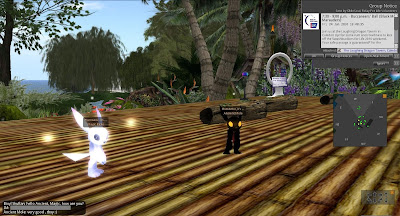 The event soon had some visitors in the form of a couple workers from Linden Lab's Department of Public Works, Magic and Ancient Mole. 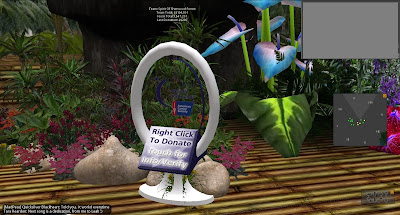 The event was a big success, more than doubling the team's total of the year, bringing it to 117,100 Lindens. 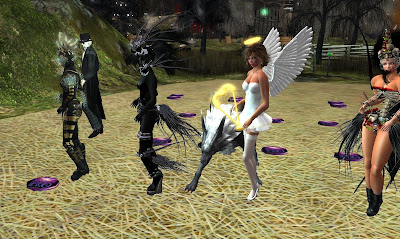 Later that evening was the start of  Team Harmony of Hope's third Annual Halloween Weekend. At 8PM, they held a costume contest/line dance party. 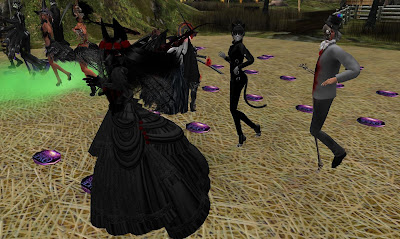 There were some spook-tacular looks there, from zombies, to sorceresses, to mummies, vampire bats, and more. 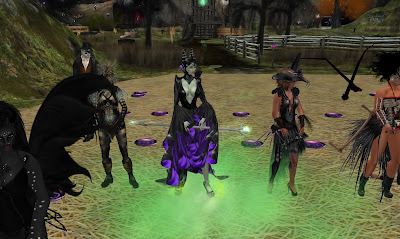 The winner of the contest got a 500L gift certificate.

Be on the lookout for more Relay events every week, to the Relay weekend on June 23 and 24.