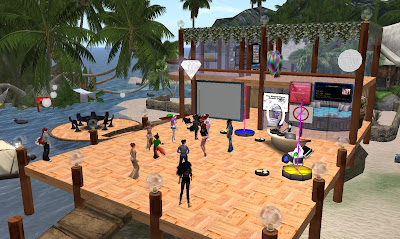 Saturday July 2nd was the day of the Second Life Newser Beach Party. About two to three times a year, the newspaper staff get together to take a little time off their busy schedule for a beach party. Usually they hold one in early June around the time of the Newser's anniversary. But complications came up on top of an already busy schedule, notably covering and being a part of the Second Life Birthday. So the party was postponed to the Saturday after the official events. 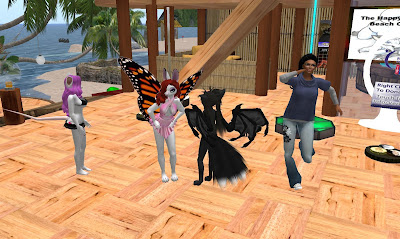 At just after 1PM SL time, people began gathering at the Happy Vixen Club in Purrfection. DeafLegacy dances to a tune while next to ShadowRene Ivanova, Skylark LeFavre, and Pagan SunFire. 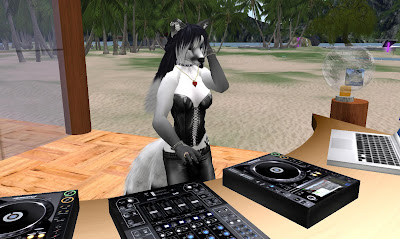 Nydia Tungsten, the owner of the Happy Vixen, was the DJ who provided the music for the event 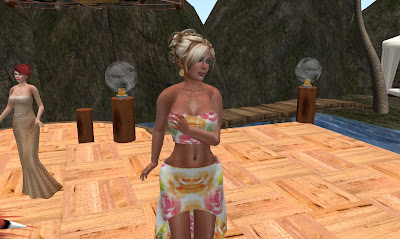 Gemma Cleanslate was certainly dressed for the beach party. 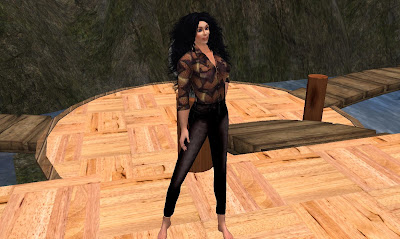 Britty Bee, one of our newest writers. 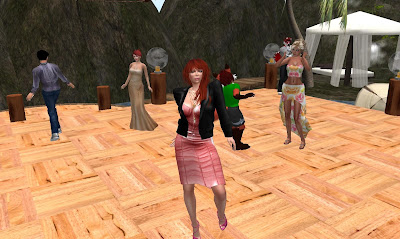 ClarisseJane, whom had recently sent a Reader Submission and expressd interest in joining the team, was there. 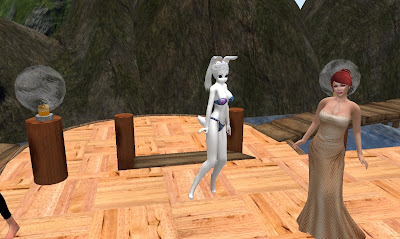 Becky Shamen in her bunny avatar, with her "Bid Be Bald" time over, the "hare" is back. 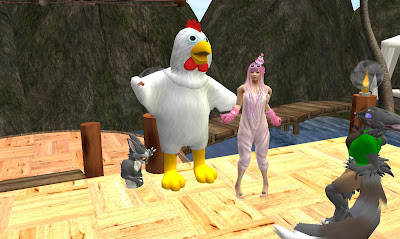 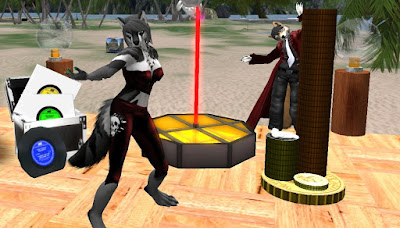 Many others showed up such as Kryxia in her new avatar. 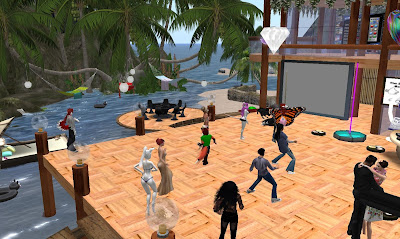 We all had a great time that Saturday afternoon, a couple hours of music and dance and a little time away from out busy schedules. But eventually it was back to (virtual) reality