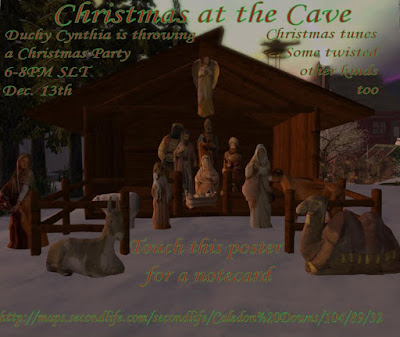 The Steampunk/Victorian themed community of Caledon has had a few Christmas events recently. Last week, two got my attention. They were the "Christmas at the Cave" event at the Goblin Cave in Caledon Downs, and the "Caledon Oxbridge University Christmas Winter Fundraiser" at Caledon Oxbridge Village. 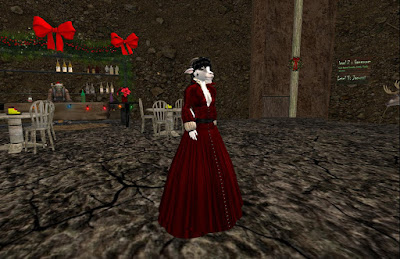 Both events had the music performed by Cynthia Farshore, the owner of Farshore Radio, and Caledon Downs. 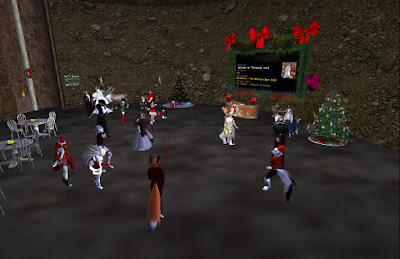 The "Christmas at the Cave" event was first, taking place on Thursday December 13 at 6PM SL time. 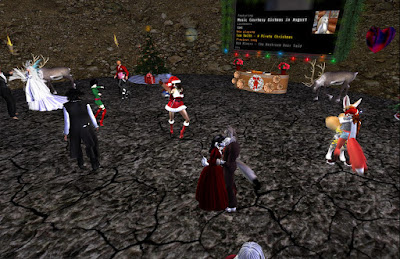 Duchy Cynthia invites all who hear to the Goblin Cave on Caledon Downs for a Christmas Dance Party on December 13th at 6 to 8 PM SLT. Lots of Christmas tunes, some a bit twisted, with some various thrown in. Plenty of room for the tiniest tiny to dragon size. There are games in the lower levels and in the lowest a Jacuzzi to warm you up after a long walk exploring the sim. There is a Christmas Express train running every five minutes to carry you around to the various points of interest. Included is an ice skating rink, 7-seas and Neo-Realms fishing, and sled rides and more. 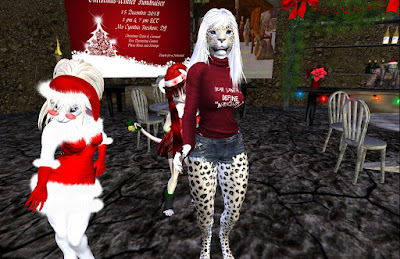 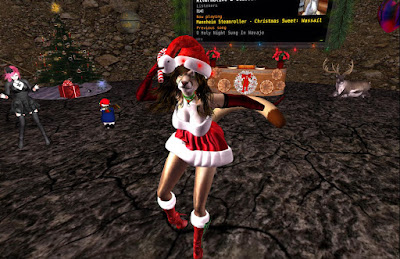 There were a number of Christmas tunes from "Mr. Grinch" by Brois Karloff, "Joy to the World" by Bob Rivers, "Oh Holy Night," by Celine Dion, "Tune! Celine sings this ssooo well," "Toy Sack" ("Love Shack" parody) by Bob Rivers, some Mannheim Steamroller, "Jingle Bombs" by Jeff Dunham's Achmed the Dead Terrorist, and more. "Jingle Bombs, I haven't heard that one in awhile." 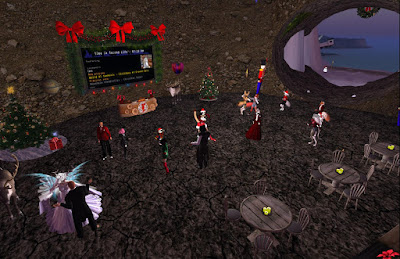 The event got it's share of compliments, "this has been wonderful Cynthia, thank you." Rita Mariner followed, "Cynthia has been a great hostess and DJ for the party as well." 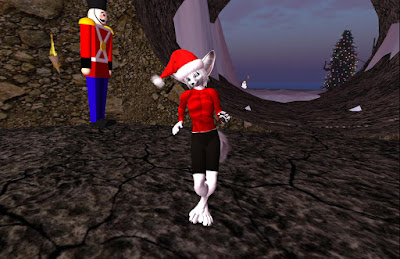 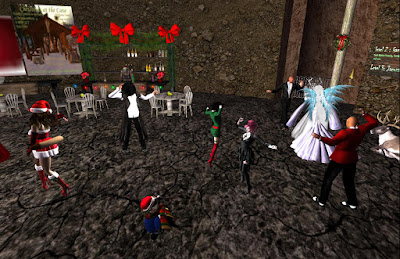 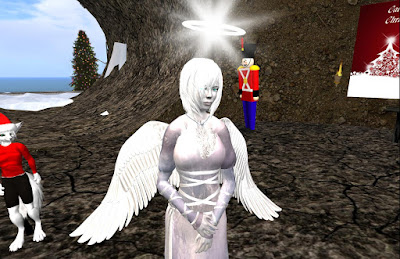 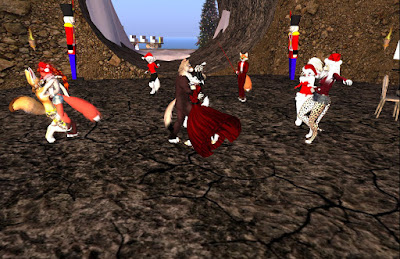 At the end, Cynthia wrapped up the songs with Caledon's anthem, "Caledonia" by Celtic Thunder. Then people began going their separate ways,"Thanks cousin Cynthia, great party (smile)." Cynthia told the people, "Thanks for coming guys, but course the cave never closes." 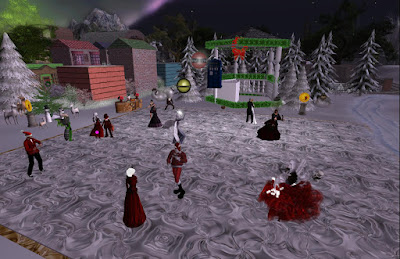 A couple days later on Saturday December 15 was the Caledon Oxbridge University Christmas Winter Fundraiser. There were actually two dances at Caledon Oxbridge Village, the first at 1PM SL time, the second at 7PM SL time. 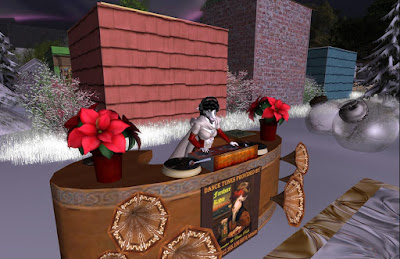 Once again, Cynthia was playing the music as the DJ. 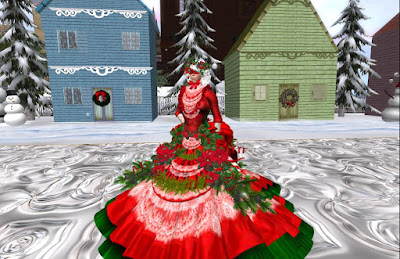 There were a number of outfits from the festive. 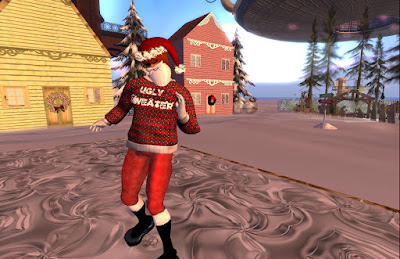 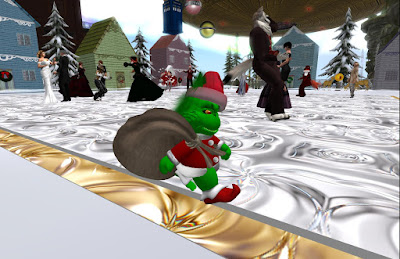 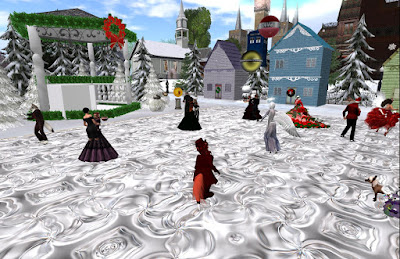 Besides the music, there was trivia, " In which Country is it traditional for people to decorate banana and mango trees for Christmas?" "India." 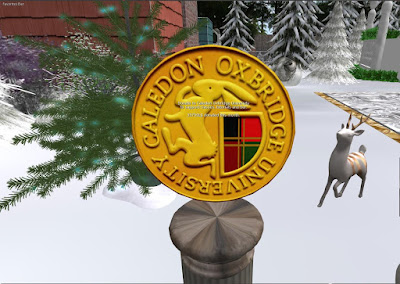 At the event, people donated to help keep Caledon Oxbridge University funded. This month's total was raised to 35.750 Lindens.

It was quite a party, and once again Cynthia was thanked for playing the music.