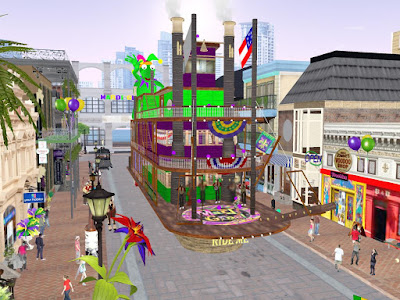 The Krewes of New Orleans are getting ready for all the parades that go from now until Fat Tuesday. That day, Mardi Gras, in French will be the last day of celebration before Lent and the biggest parade takes place that day in many cities in the world. New Orleans is the site of the special Mardi Gras in the USA. There is nothing like it . Frannydj brings that parade into Second Life every year. One of her invites says:

"Grab your Krewe and head on down to the Mardi where FrannyDJ Dean brings the French Quarter to life.

"Be the star of the parade as you glide gown New Orleans famous Bourbon Street on any of the 103 interactive floats with the best of SL's animations and including props to wear in this spectacular parade. 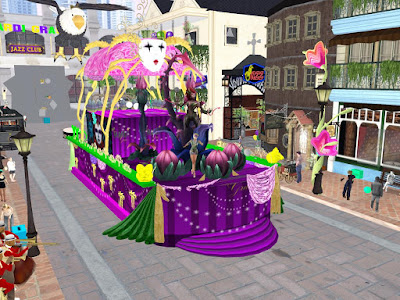 Her floats and decorations on the region are outstanding. This year is the 6th year to see and interact with the ground and the flying floats and there are 103! I put on my new outfit , grabbed my crown , my umbrella and put on all  my beads and hurried over. The first thing I did was get a piece of King Cake, a delicious part of the festivities, and then  danced down Bourbon street to hop on the various floats and become part of the parade. 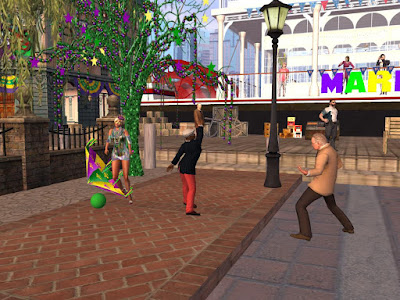 Next I stopped in a shop get a pink daiquiri and danced my way into some of the clubs lining the street. I found some couples dancing in a few of them but most were just dancing in the street so I joined in there.

Hoodoo Voodoo Man (Karmic Aeon) was standing on the street looking like the real voodoo people you pass in the city.

The side streets behind the parade route are lined with builds that might be found on the streets of New Orleans. Take a short walk through the alley. They are charming and peaceful and some are open to walk in. Stop into the Voodoo shop near the theater for freebies! 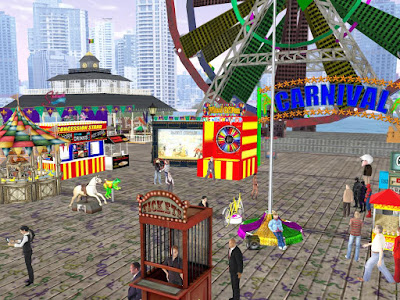 The Carnival is open and there are loads of games and rides to enjoy so walk through to other side of the lovely park and have some fun there too. 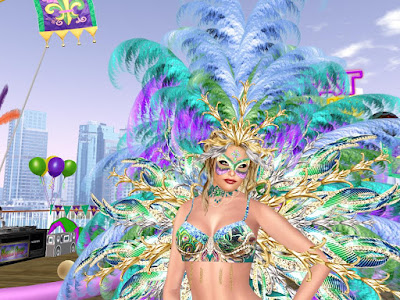 Parties take place on the steamboat during the days leading up to Mardi Gras which falls this year on February 25. Frannydj was up on the deck getting ready. You have until then to visit , party and check out the fun! Join the Fame Group for more information. 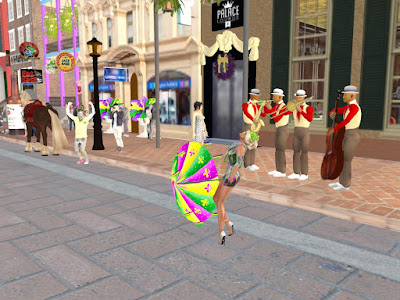 Gemma Cleanslate
Posted by Bixyl Shuftan at 6:00 AM