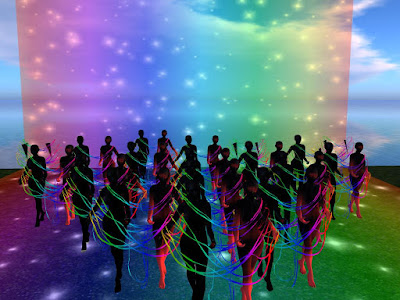 Valentine Day, the day of love I suggest you save a lot of time to visit a much needed event being held all over the world in real-life and here in Second Life again for the 8th year, One Billion Rising

“ONE BILLION RISING began as a call to action based on the staggering statistic that 1 in 3 women on the planet will be beaten or raped during her lifetime. With the world population at 7 billion, this adds up to more than ONE BILLION WOMEN AND GIRLS.

Every February, we rise – in hundreds of countries across the world – to show our local communities and the world what one billion looks like and shine a light on the rampant impunity and injustice that survivors most often face.  We rise through dance to express joy and community and and celebrate the fact that we have not been defeated by this violence. We rise to show we are determined to create a new kind of consciousness – one where violence will be resisted until it is unthinkable.

And we here in Second Life can be part of this global movement.SOLIDARITY! RISE FOR REVOLUTION!

This year, One Billion Rising Revolution is giving sharper focus and visibility to the exploitation of women, and to harnessing even stronger global solidarity to demand an end to violence in all forms.” 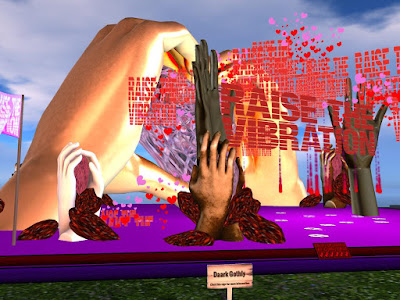 The four regions are filled with elegant and thought provoking builds by artists of SL  with that focus on exploitation visible in their visions . The dirt path around the perimeter will take you to all of them. Step inside and  experience the messages in the creations. There will be poetry and prose events during the day , and it will be open and active for  24 hours, beginning at 12am slt this morning . It will continue until 11:59 tonight. I believe the builds will be there for a second look for a day or so more. 2LEI has an extensive build filled with the art of many pieces to view and is always busy . 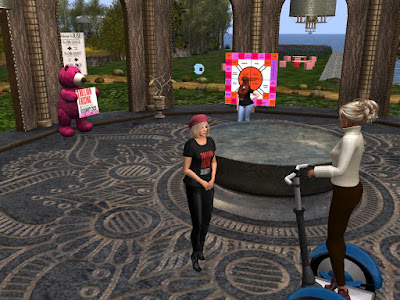 I took a tour of all the wonderful sites and stopped in at one of the entrances where I found two of the leads, Saffia Widdershins and Kess Crystal still preparing . I passed some of the artists also feverishly at work on their projects. The picture above is the installation of Daark Gothly called Raise the Vibration where you can become part of it by hopping on a dance pad and joining in. 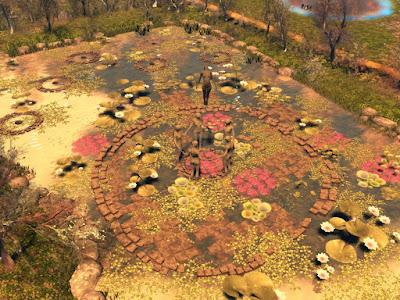 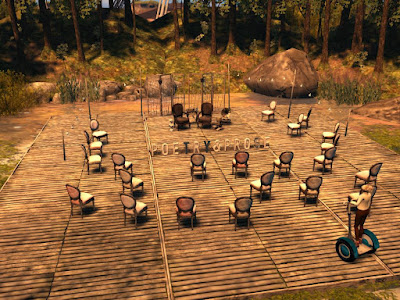 The open areas surrounding the Mainstage are adorned with builds for roaming and exploring the peaceful quiet or listening to poetry and prose events. Take a walk to see all that the leads have put in place for your enjoyment. Check out the new dance that was prepared for this year, 2020. This is the first one that I am not participating in to my chagrin.

And many thanks to all the leads and staff that put it all together again..! you can learn much more here on the website https://onebillionrisingsl.wordpress.com/about-obr-2/  and begin your tour here at an entrance  http://maps.secondlife.com/secondlife/OBR%20Unite/71/68/23